Warning: session_start() expects parameter 1 to be array, string given in /home/customer/www/scottishreviewofbooks.org/public_html/wp-includes/class-wp-hook.php on line 307
 Underland – Scottish Review of Books 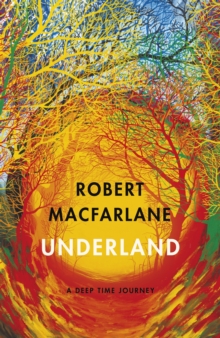 ROBERT Macfarlane, whose career has been in steep ascent since 2003, began with a book about mountains – their fatal, perhaps even natal allure; in such places one can meet one’s death yet also feel reborn. He is known as a prose-poet of high places, ‘north-minded’ as he once called himself, sherpa-ing readers to the Himalayas; the Cairngorm plateau; the upper branches of a wind-bent beech. The owl-eyed, however, will have noticed an opposite tendency in his work. A 2013 feature for the Guardian detailed his encounters with ‘urban explorers’, those raiders of lost works who take deep pleasure in entering unchancy realms: railway tunnels; Cold War bunkers; culverted rivers; sewers. His short, collaborative book of the same year, Holloway, hymned the sunken paths of South Dorset.

It was Landmarks, however, published four years ago, which signalled most clearly that Macfarlane was becoming interested in the low places of the earth. In the chapter ‘The Tunnel Of Swords And Axes’, he was inspired by his reading of the Finnish folk epic The Kalevala – in which a hero wearing copper-soled shoes walks into a giant’s throat – to explore an abandoned mine in Cumbria: ‘The invitation to enter this intimidating place could not be refused.’ The tunnel, in its awful blackness, was seductive; it seemed to speak to a desire in the writer to be swallowed, engulfed; no longer Moses on the mountain but Jonah in the whale. The chapter was followed by a glossary of subterranean terms – sump, scailp, souterrain, and many more. These were words, as Macfarlane put it, from the Underlands.

Underland, the title of his new book, means something more than the prosaic ‘underground’. His travels – into cave networks, glacial caverns, the catacombs of Paris – take him not simply below the surface, but backwards and ultimately forwards in time. ‘Underland,’ he writes, ‘is a story of journeys into darkness, and of descents made in search of knowledge. It moves over its course from the dark matter formed at the universe’s birth to the nuclear futures of an Anthropocene-to-come … Across its chapters, in keeping with its subject, extends a subsurface network of echoes, patterns and connections.’

Macfarlane’s writing has always been characterized by connection and intertextuality, mingling travelogue, memoir, science, history and literary criticism, but Underland takes this a step further, deeper.  In his chapter on what lies beneath Epping Forest, he presents the arboreal term ‘insoculation’ – the process by which trees, over time, will grow into one another, root to root, limb to limb. This fusing is enacted throughout the book itself. Every now and then there will be a few words in italics: Sound is a blow delivered by air … I found a Hollow place in the Rock like a Coffin … We are the bees of the invisble … No quotation marks, no attribution, at least not until the endnotes, but these are lines from other texts – Plato, Coleridge, Rilke – sprouting and weaving their way into Macfarlane’s own, melding with it.

This is not mere fancy. It is part of the meaning of a book in which an image of hands touching, palm to palm, is an important recurring symbol. Macfarlane is concerned with human connection, to one another, and to the natural world as a whole. Nature, he comes to believe, is best understood ‘not as a single gleaming snow-peak or tumbling river in which we might find redemption, nor as a diorama that we deplore or adore from a distance – but rather as an assemblage of entanglements of which we are messily part’. This reads, perhaps, as a corrective to his own earlier work which was rather (and sometimes, when he gets carried away, still is) in the tradition of the poetic sublime, Wordsworth weeping at waterfalls and so forth.

Of course, writing about the natural world in the twenty-first century cannot be done properly without engaging with human impact on climate and the eco-system. The romantics had ruined abbeys to make them melancholy, we have a ruined planet. Macfarlane, perhaps careful that his book should not be a total downer, offers flashes of positivity, most of these coming when he writes with tenderness and earned sentimentality about children, including his own. But his tone, overall, is pessimistic, bereft. He quotes the environmental philosopher Glenn Albrecht’s coinage ‘solastalgia’, meaning ‘a form of psychic or existential distress caused by environmental change’. Underland is a solastalgic book. In Greenland, Macfarlane finds the ice in fast retreat. In Finland, he visits a repository for high-level nuclear waste – ‘the darkest matter we have ever made’ – which is being built far underground and designed to outlive our species, carrying certain death into an uncertain future.

The Anthropocene, the name some geologists give to our present age, one characterized by the impact of humanity on the earth, is, for Macfarlane, ‘an epoch of loss – of species, places and people – for which we are seeking a language of grief and, even harder to find, a language of hope’. Those human hands which he sees everywhere, whether rendered in ochre in prehistoric cave art, or in red ink on a child’s drawing pad, are, for him, a symbol of connection and endurance. I see them differently: as representing our destructive force, bloody prints left at the scene of our crimes.

Dividing the twelve chapters of what is essentially first-person reportage, Macfarlane has written three shorter passages. His conceit is that these describe a journey down through ‘the riven trunk of an old ash tree’ into a labyrinth in which scenes from the Underland’s past appear on the walls. While the rest of the book describes travels through space – in Britain, western Europe, and the frozen, or not-so-frozen, north – these shorter passages take the reader through time. Macfarlane here borrows a technique from cinema, the audacious jump-cut. One thinks of 2001: A Space Odyssey, the bone flung up at the dawn of man becoming a space-ship hanging sleek amid the stars.

Macfarlane leaps forward in this way 30,0000 years from the Chauvet cave paintings to the nuclear technician Alexander Kupny’s Orphean explorations of the Chernobyl reactor, sealed within a protective structure known as the Sarcophagus. He does not give specifics of the people and places he writes about (Kupny, unnamed, is ‘a man dressed hood to toe in white’); the reader is left to work it out as they wish. This vagueness flattens time. At one point, he quotes the theatre director Simon McBurney on prehistoric artists, ancients who ‘lived in an enormous present, which also contained past and future’. This is the effect Macfarlane is trying to achieve. He suggests that mere time – minutes, hours, millennia – separates us from our ancestors and descendants, that we are them, and they us. We should, therefore, have a care for those inconceivable, unconceived generations to come. What heirlooms are we passing down? ‘… plastic, swine bones and lead-207, the stable isotope at the end of the uranium-235 decay chain’. There is something bracing, even seductive, about such fatalism and guilt. Visiting a potash mine in North Yorkshire, Macfarlane is seized with a desire to lie down in a tunnel and let rock salt encase him, ‘to wait out the Anthropocene in that translucent cocoon’.

Images of encapsulation abound in this book. Spent uranium within zirconium fuel rods within a cast-iron canister within a copper canister within a bed of clay within a tube of gneiss within the gneiss and granite bedrock of Olkiluoto Island in south-west Finland; this is how we bury our nuclear spoor. A woman’s body within bands of cloth within a cedar coffin within a vault of limestone within the desert sand; this is how we have buried our beloved dead. Macfarlane carries on his travels a ritual object of this sort, looking for a place of sufficient depth and deadening power at which he can unburden himself. It is ‘a double-cast bronze casket the size of a swan’s egg’ which contains the toxic thoughts and actions of the artist who made it, ‘the pain he had inflicted on others and the pain others had inflicted on him’, committed to paper, burned to ash, and sealed inside. Readers of Macfarlane’s The Old Ways (books within books within books) may recognize this as the work of the Harris-based sculptor Steve Dilworth. ‘I was given the casket on the condition that I disposed if it in the deepest and most secure underland site that I had reached,’ Macfarlane explains, ‘a place from which it could never return.’ This search provides Underland with a through-line and makes it a sort of grail-quest in reverse.

As always with a Robert Macfarlane book, Underland is haunted by other writers, other works. The Kalevala, as mentioned in Landmarks, is an important presence here. Also significant is Walter Benjamin’s The Arcades Project, concerning Parisian city life in the 19th century, which was incomplete at the time of his suicide in 1940. ‘It deals,’ Macfarlane writes, ‘not in plots but in patterns, echoes, memory-ghosts and tangled subtexts. Reading it, you come to feel bodiless and boneless – able to traverse time …’ There could be no better description of Underland and its effects; a work into which the reader sinks, and which sinks into the reader. Macfarlane invites us to follow him into the dark places, literally and metaphorically, and we go because he is such a skilled and empathetic observer and reporter. Underland is a book to make the pupils dilate, the heart beat harder. In Search of Seamus