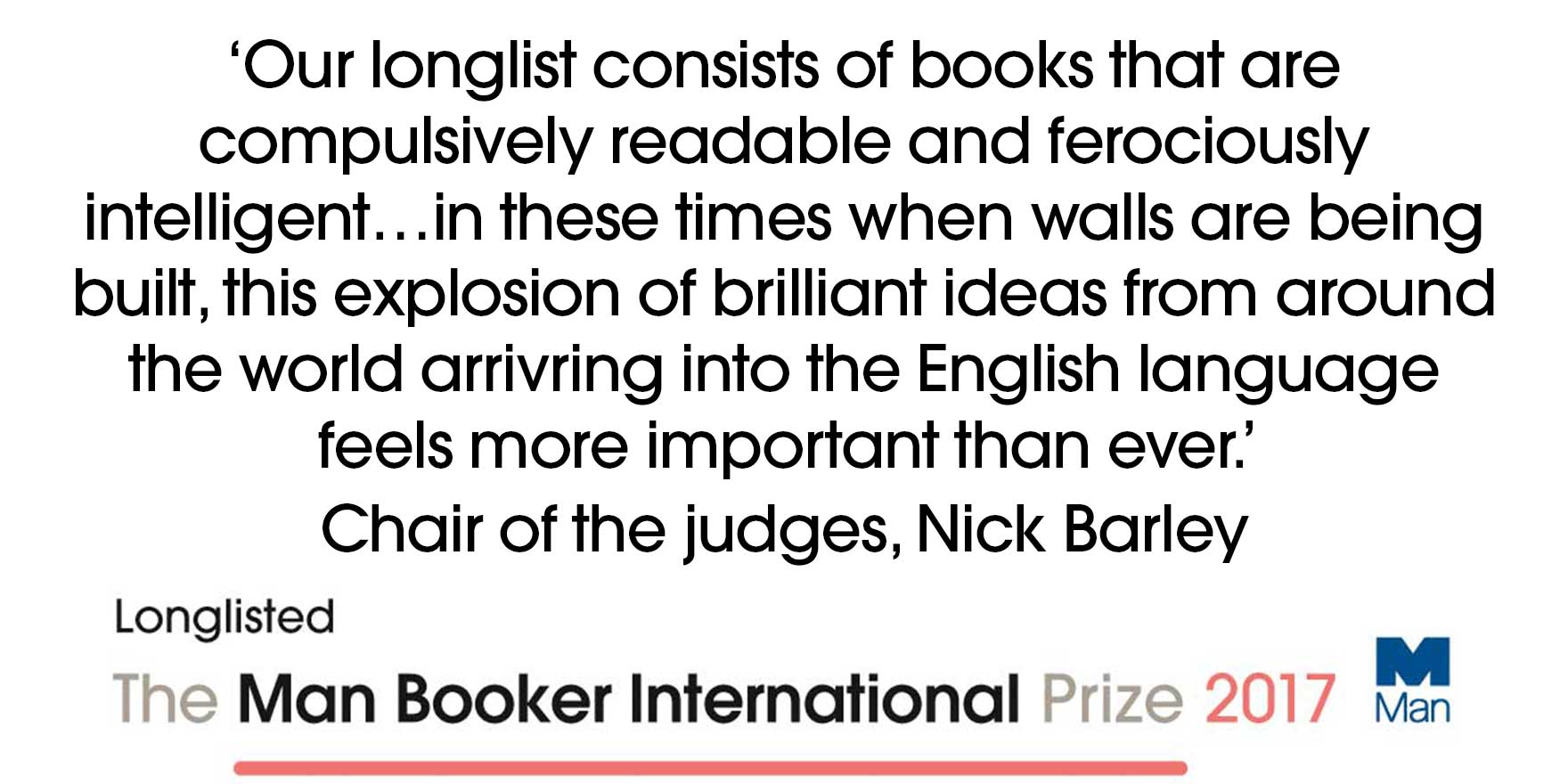 The Man Booker International Prize 2017 Longlist has been revealed…

The Man Booker International Prize has revealed the ‘Man Booker Dozen’ of 13 novels in contention for the 2017 prize, which celebrates the finest works of translated fiction from around the world.

The prize is awarded every year for a single book, which is translated into English and published in the UK. Both novels and short-story collections are eligible. The work of translators is equally rewarded, with the £50,000 prize divided between the author and the translator of the winning entry. In addition, each shortlisted author and translator will receive £1,000 each. The judges considered 126 books.

The longlist was selected by a panel of five judges, chaired by Nick Barley, Director of the Edinburgh International Book Festival, and consisting of: Daniel Hahn, an award-winning writer, editor and translator; Elif Shafak, a prize-winning novelist and one of the most widely read writers in Turkey; Chika Unigwe, author of four novels including On Black Sisters’ Street; and Helen Mort, a poet who has been shortlisted for the T.S. Eliot Prize and the Costa Prize, and has won a Foyle Young Poets of the Year Award five times.