Warning: session_start() expects parameter 1 to be array, string given in /home/customer/www/scottishreviewofbooks.org/public_html/wp-includes/class-wp-hook.php on line 303
 Low Level Crime – Scottish Review of Books 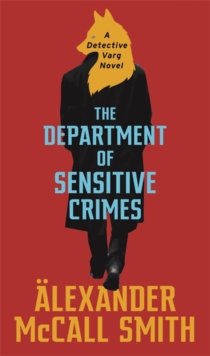 The Department of Sensitive Crimes

The idea alone behind this book is enough to make you cheer. Alexander McCall Smith, pioneer of a crime genre that takes its cue from Cranford, has already introduced readers to non-sensational detective fiction in Botswana, and genteel philosophical whodunnits in Edinburgh’s Bruntsfield district. Now, like a hero throwing himself in front of a bus to save a runaway pram, he tackles the fashion for gruesome, grisly, sadistic tales from our Nordic neighbours. His riposte to Scandi noir is called Scandi blanc. It’s a brilliant premise, and deserves to be crowd funded by all of us who complain to friends, family and strangers in lifts about the overdose of violence in so much Scandinavian (and British and American) fiction and TV series. This, then, is the answer to those who cannot stomach Jo Nesbo or Yrsa Sigurdardottir, yet who enjoy the glittering cold and ice of those countries nearer the north pole, and vignettes of the way people there live and think. 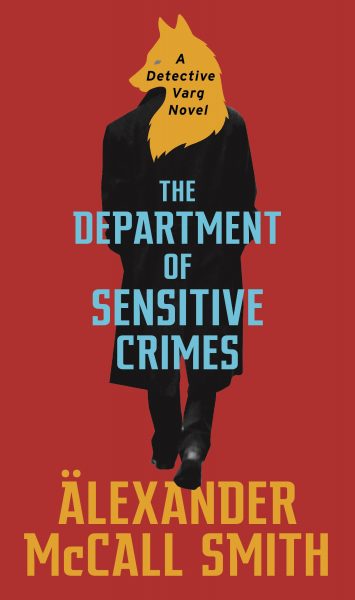 The Department of Sensitive Crimes, in the  Swedish city of Malmö, adheres to at least two of the staples of noir: its storyline is a flimsy device enabling the more serious purpose of describing the social and political climate in which its characters operate. And, as in the bloodiest of these books, McCall Smith’s protagonists conform to the rules: detectives with troubled emotional lives whose office is electric with tension.

There, thankfully, the comparisons end. Were his main character, Ulf Varg, to step into The Killing or The Border, he’d be mincemeat. He’s far too nice and considerate to work anywhere, really, except this small ultra-specialised section where the sort of crimes investigated are such that only McCall Smith, master of the amusingly off-beat and curious, could devise. Thus the first job on which Varg is called out involves a man who has been knifed behind the knee. The chapter title, A Very Low Crime, alerts one to the possible dimensions of the perpetrator, but not the folderol that follows as a diminutive dance teacher takes revenge for being crossed in love.

During the investigation Varg, whose wife left him for another man, emerges as a very modern Swede, alert to the nuances of political correctness. He and his sidekick Anna, a married mother of two, deliberate on the label for someone who is not a dwarf but is far below common proportions. Midget is no longer acceptable, Varg agrees: “Perhaps it’s safer to call him a very small person. I wouldn’t want to use a derogatory term.”

There are many more crimes to pursue but, like more hackneyed purveyors of pumped-up crime, McCall Smith has started energetically, relatively speaking, that is.  Varg then finds himself involved in a case of student backbiting and jealousy – a girl with two boyfriends, and one with none – and a hotel where the nocturnal howling of a wolf is driving away custom. This last is the biggest nod to Nordic culture, as Ulf Varg – both names mean wolf – is obliged to  ask if there really could be such a thing as a werewolf in these parts.

Beneath the fragile bones of the plot the real tale is carried along, a subterranean stream that burbles unseen on its way to daylight. These days the once heartbroken Varg has two loves in his life: Anna, to whom he can never declare his feelings, and his deaf dog Marten. In some ways, Marten, who has learned to lipread and appears to be suffering depression, is the emotional centre  of the novel, his fleeting appearances comic and poignant. Those, indeed, are the attributes of much of Smith’s fiction, here and elsewhere. It is as if he, like Varg’s psychotherapist Dr Svensson, can say, Nihil humanum mihi alienum est: “Nothing human seems foreign to me. In other words, I suppose, I’ve seen it all.”

That, in essence, is the guiding principle behind McCall’s Smith’s work. In another life you wonder if he might have been a psychotherapist, or social worker, or GP. Somehow he manages to balance gentle mockery with compassion for the frailties of humankind, all of which he puts into a context that, if it does not excuse their actions, certainly helps make sense of them.

In The Department of Sensitive Crimes  this adds up to an amusing but uneven opening to the new series. Allowing the storyline and his characters to meander and muse is a risky style. There is a fine line between countering the ferocity and murderous mania of noir fiction and being too low-key and inconsequential. In a couple of places the pace flags, notably when McCall Smith writes about the  students. A temporary colleague, a policeman called Blomquist, is exquisitely boring. This is intentional, but the danger in conveying this is losing the reader en route.

In the overall scheme, however, these are peccadilloes. By its pleasingly downbeat conclusion, Varg with his dog has established himself as an intriguing addition to McCall Smith’s fictional landscape: eco-friendly, politically correct, self-aware and kind. It’s hardly the stuff of drama, yet one wants to know what he does next.

The Department of Sensitive Crimes