Warning: session_start() expects parameter 1 to be array, string given in /home/customer/www/scottishreviewofbooks.org/public_html/wp-includes/class-wp-hook.php on line 303
 Cult Fiction – Scottish Review of Books 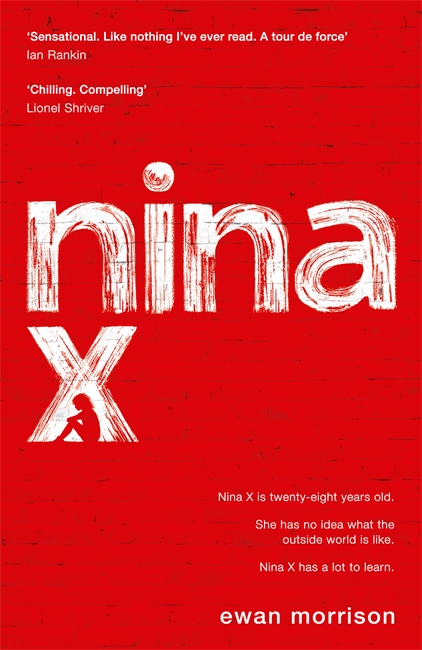 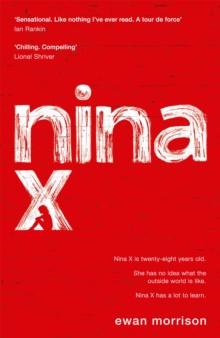 Ewan Morrison has dubbed his first three novels his ‘sex books’. His fourth, Close Your Eyes, centred on a new mother with postnatal depression who had grown up inside a hippy fellowship. If that book had anything in common with the earlier ones, it was perhaps a grounding in personal experience: Morrison’s writing until this point – whether about bohemian parents or a couple on the swinging scene – was loosely related to his own life.  Nina X swaps the spiritual commune of Close Your Eyes for a communist collective, and Morrison delves more deeply into failed utopias.

In 2018, Nina is rescued from a cult in a dilapidated former council house in London Fields.  Sixteen years earlier, ‘The Project’ – as she was then known – is an eleven-year-old girl, who has never been outside. The narrative alternates between past and present, tracing the development of The Project into the adult Nina X. The cult, led by charismatic Chen, is a band of communists who worship the great and benevolent Mao Zedong and believe world enlightenment is imminent. There is no nuclear family here because such concepts are counter-revolutionary, mothers being the ultimate in selfishness and repression. The drive for equality means there is no personal property either: doors have been removed from hinges, and walls and floors whitewashed.

The chapters are daily reports from school exercise books. Written by The Project, they are part of her education and amended by the comrades, who erase forbidden words, especially those indicating the self and possession: I, me, my. Thus there is a commingling of the first and third person, with the deleted passages identified for the reader in light grey text. There’s always a risk that unconventional typography is a turn-off. Here, however, it works: the grey print drives home the many iterations of mistake/correction involved in brainwashing. The Project believes war has ravaged the earth and filled the sky with radiation, and so the reports are flawed, but notes appended by her adult supervisors, to discuss the success of their experiment, grant us a wider understanding.

Confinement has stunted The Project’s language; she speaks a kind of pidgin English. The adult Nina has no words for many everyday concepts: a Bluetooth headset is a machine for the ear and the need to cry is a choking in the throat. Normal life is made strange: when The Project sees children with a skipping rope, she believes them to be whipping capitalist slaves. Morrison is bound not simply to this young woman’s voice but to her warped comprehension – something that he uses to illustrate the flakiness of communist theory, but interestingly, once free, Nina’s perception draws equal attention to the deficiencies of the free world.

Constantly defamiliarizing the ordinary is a difficult perspective to maintain; for this reviewer it was an unsuccessful element in Eleanor Oliphant is Completely Fine. But where Gail Honeyman’s character was isolated from society, Morrison’s has been cruelly imprisoned, which means her creator must – and does – take his protagonist seriously. It would be easy to squeeze in cheap laughs at Nina’s expense, but instead, where there is humour, it’s tainted with tragedy.

Nina – who knows nothing of the internet – is well-placed to recognize the loneliness inherent in the modern age. Some of this is too obvious to be effective: people on the street pay more attention to their phones than to each other. But when we see Nina alone in a high-rise flat at night, the lights turned out and her shadow against the darkened window filled by the many bright lights of the distance, her otherness is stark.

After her rescue, she desires stuff – men, shoes, chocolate. As The Project she grew up with a National Geographic and a Wizard of Oz comic, and these are Nina’s only terms of reference for the world. She clings to Dorothy’s story as a coping mechanism in stressful situations. Morrison clings to it too: towards the end of the novel the repeated Oz references feel like a trope, diminishing Nina in this one aspect. Her liberation doesn’t bring freedom; instead she’s entangled in assessments, questionnaires and waiting lists. She makes doctors and caseworkers uncomfortable by referring to herself in the third person. There isn’t a box on a form to account for the unique consequences of Nina’s brainwashing, and it feels like she is lost in a system that suppresses recognition of the individual almost as much as the cult. Ultimately, she misses the collective, and the complex feelings she has for her captors are delicately realized.

Morrison’s exploration into the concept of the self, and the lasting effects of its attempted eradication, is a disturbing read, in which he strikingly highlights Nina’s fragile humanity. At times she seems barely human. She considers the charity worker who befriended her on the outside and concludes: ‘Nina has learned what you are supposed to say when you feel a big feeling with someone and it is, I love you.’ While the ending is cautiously uplifting, we know that Nina has a long way to go before she finds the real world any more comforting than her whitewashed attic.