Warning: session_start() expects parameter 1 to be array, string given in /home/customer/www/scottishreviewofbooks.org/public_html/wp-includes/class-wp-hook.php on line 307
 Scotland’s Bookshops – The Shetland Times Bookshop – Scottish Review of Books 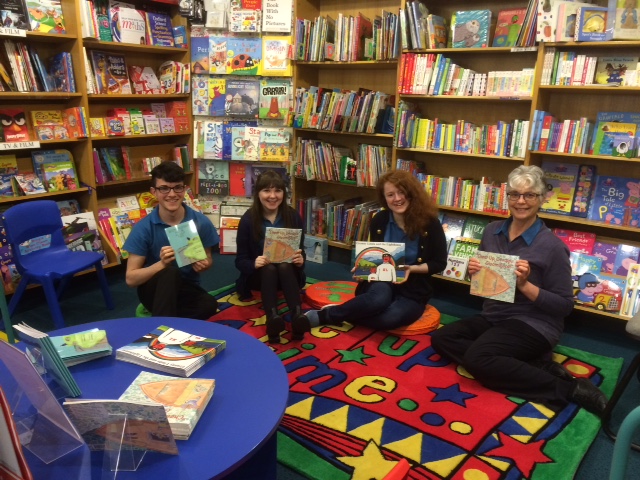 A classic story of secret wartime missions across the North Sea.

Are We Smart Enough to Know How Smart Animals Are?

The Meaning of Birds

The House of the Spirits

Behind the Scenes at the Museum

The Shetland Times Bookshop is a family-owned, independent, general bookshop which opened its doors in 1949. It is part of a larger business which also prints the local weekly newspaper, and which publishes Shetland interest books such as The Shetland Bus.

The shop has been on the same site since it opened, but there have been a few expansions over the years with the acquisition of adjoining properties. Now, we are frequently told we are “like a tardis”.

While we specialise in Shetland interest titles, we carry a wide range of general tiles, from best-selling mass market fiction and children’s books to non-fiction and reference. In addition to books we also stock stationery, greetings cards, and adult and children’s gifts.

Where I fit in

I’m Karen Baxter. Amazingly, I am only the 3rd manager in the shop’s history! I took over from my predecessor, Edna Burke, who retired at the end of 2009. Prior to that I had worked for James Thin in Edinburgh and had a wonderful few years at The Dornoch Bookshop in Sutherland. For me this is a dream job. I get to live in a spectacular environment, I spend my working days buying and selling books, and I mingle with people (suppliers, staff and customers) who love books too.

What makes The Shetland Times Bookshop stand out

We are the biggest bookshop in Shetland, and also the most northerly general bookshop of any size in the UK. Situated on an island at over 60 degrees north we pride ourselves on being able to deliver a high standard of customer service to locals and tourists alike, despite all our stock having to fly or, most likely, sail here—12 hours by boat over-night from Aberdeen.

For 67 years the shop has served the island population, but far from being a sleepy backwater it has evolved to keep pace with current demands and expectations

We have many talented local authors, writers of poetry, children’s stories and adult fiction, anyone of whom is likely to pop in to the shop while passing or shopping. Local book signings are very popular.

Being an old building of quirky spaces we can’t accommodate audiences for big launch events, but we frequently participate in events held elsewhere. Ann Cleeves’ latest book was launched recently in Shetland and the trusty Shetland Times van transported myself, a colleague and rather a lot of books around the island over the weekend to the launch and 2 Sunday Teas in community halls, and a large, extended audience!

Who wanders through the door most often?

I would love to say it’s a bookshop cat, as we had one in the last shop I worked in but, actually, it’s probably my partner! He’s drawn to bookshops too. It is how we met after all—I was working and he was looking for a cookery book.

As far as customer surprises go they are usually nice ones—someone who has been asked to “say hello” by a mutual friend when they make the journey to the far-flung northern isles—and I am always surprised to find myself serving a celebrity (author or TV personality) who is holidaying here.

The most ridiculous request we have ever had

We have had many off-the-wall requests over the years. I’ve always threatened to write them down (I knew I would forget them).   I’ve had an American visitor who’d been visiting distant relatives on the Scottish mainland and asked if I knew them!  We’ve been asked for bathroom accessories, and recently someone asked a member of staff if they could explain the rules of Irish Hurling.

Where did my love of the printed word begin?

From the moment I discovered the pleasure of listening to a good story. When I was very small I can remember being allowed to sleep in my parents’ bed when my father was away, and the cosy intimacy of my mother reading to me as I went to sleep. Then there was marvellous “Jackanory” on BBC1 after school. As a teen and adult Radio Four’s Book At bedtime took over. Sadly, I don’t manage to stay awake for that now!!

I firmly believe that the pleasure of being read to, or reading to someone else, shouldn’t stop with childhood.

Which book has influenced me most/ which poem talks to your soul?

This is a hard one. It started me thinking about earliest memories again and I think, because impressions in your formative years really stick with you, I’m going to say Black Beauty! It made a big impression on me, and I have always been sure of animals having emotions, thoughts and memories, and feeling physical and mental pain. Funnily enough there is a surge in books on the subject at the moment – as if it is an incredible discovery.

I’m currently reading Elemental by Amanda Curtin, a novel which deals with the lives of herring girls from the north east of Scotland. It’s not a subject I would normally gravitate to but the author visited Shetland earlier this year and spoke so well about her research for the book that I was curious, and everyone else who has read it recommends it. It is both harrowing and fascinating, and very well written. I would recommend it too.

Ha! How much space have you got? Probably Are We Smart Enough to Know How Smart Animals Are? by Frans de Waal, or The Meaning of Birds by Simon Barnes, whose writing I love, or possibly To Be Continued by James Robertson. Then again, I have an urge to read some old favourites again since lending them to a friend recently—The House of Spirits by Isabel Allende and Kate Atkinson’s Behind the Scenes at the Museum.

In case I forget them I buy books with a vague notion of a future time of endless leisure and nothing to do but….