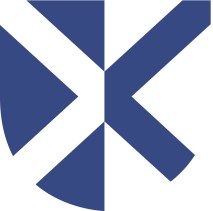 Starry names, writers’ writers and exciting new talents all feature on the shortlists for Scotland’s annual cross-genre literary awards, which were announced on October 22nd. The Saltire Literary Awards are organised by the Saltire Society, a non-political independent charity founded in 1936, and are supported by Creative Scotland.

Irvine Welsh and Sally Magnusson stand out from the Fiction Book of the Year shortlist, for Dead Men’s Trousers and The Sealwoman’s Gift respectively. Also recognised are previous Saltire listees Leila Aboulela (for short-story collection Elsewhere, Home) and Andrew Crumey, for The Great Chain of Unbeing. They are up against Manda Scott for A Treachery of Spies and Helen Sedgwick for The Growing Season.

In the Poetry Book of the Year Award category, debut collections from Sophie Collins and Jay Whittaker are up against Robin Robertson’s Booker-shortlisted The Long Take and Makar Jackie Kay’s Bantam.

The Non-Fiction Book of the Year is especially strong: two books take different approaches to death, All That Remains: A Life in Death by Professor Sue Black is forensic, while Richard Holloway’s Waiting for the Last Bus is a meditative exploration of the subject. Literary biography is represented by Joseph Farrell’s Robert Louis Stevenson in Samoa and Alan Taylor’s memoir of Muriel Spark, Appointment in Arezzo. Rounding off the nominations in this category are Moscow Calling by Angus Roxburgh, the story of the former foreign correspondent’s enduring fascination with Russia, and The Story of Looking by Mark Cousins, a history of the human gaze.

The Research Book of the Year and History Book of the Year shortlists offer a rich selection of books by (mostly) academics and (a few) independent historians on subjects as varied as early cinema in Scotland, a forgotten Jacobean political figure and a comparative study of Scottish and Catalan experiences of political union over the past five centuries.

Prizes of £2,000 are awarded in six categories, and the winners compete for the Saltire Society Scottish Book of the Year Award, which is accompanied by a £6,000 cash prize. Recent winners have included Kapka Kassabova for Border (2017) and Kathleen Jamie for The Bonniest Companie (2016).

Alongside the Literary Awards categories, the shortlists for two publishing awards in partnership with Publishing Scotland were also revealed, Publisher of the Year, and Emerging Publisher of the year. The latter recognises an individual

The winners of all awards will be formally announced at a special ceremony at Dynamic Earth in Edinburgh on the 30th November. The evening will feature a special award, marking 30 years since the First Book Award was established in 1988. A shortlist of six writers has been announced for the “Most Inspiring Saltire First Book Award Winner” which will be voted for by the reading public. Voting is open now on the Saltire Society website (www.saltiresociety.org.uk) and will close at midnight on Monday 5th November.

Sarah Mason, Programme Director at the Saltire Society, commented: “Once again the Saltire Literary Awards shortlists celebrate the diversity, quality and richness of books to come from Scotland over the past year. The Saltire Literary Awards have a proud history of celebrating and bringing wider attention to excellence in all literary forms and we would like to congratulate the writers and publishers who have been shortlisted this year. All of them have produced works that are testament to the wealth of talent in Scotland’s literary scene today and I wish them the very best of luck when the winners are announced in November.”

Saltire Society Scottish Research Book of the Year Award, supported by the National Library of Scotland

Saltire Publisher of the Year Award supported by Publishing Scotland