Warning: session_start() expects parameter 1 to be array, string given in /home/customer/www/scottishreviewofbooks.org/public_html/wp-includes/class-wp-hook.php on line 303
 Remembering WS Graham – Scottish Review of Books 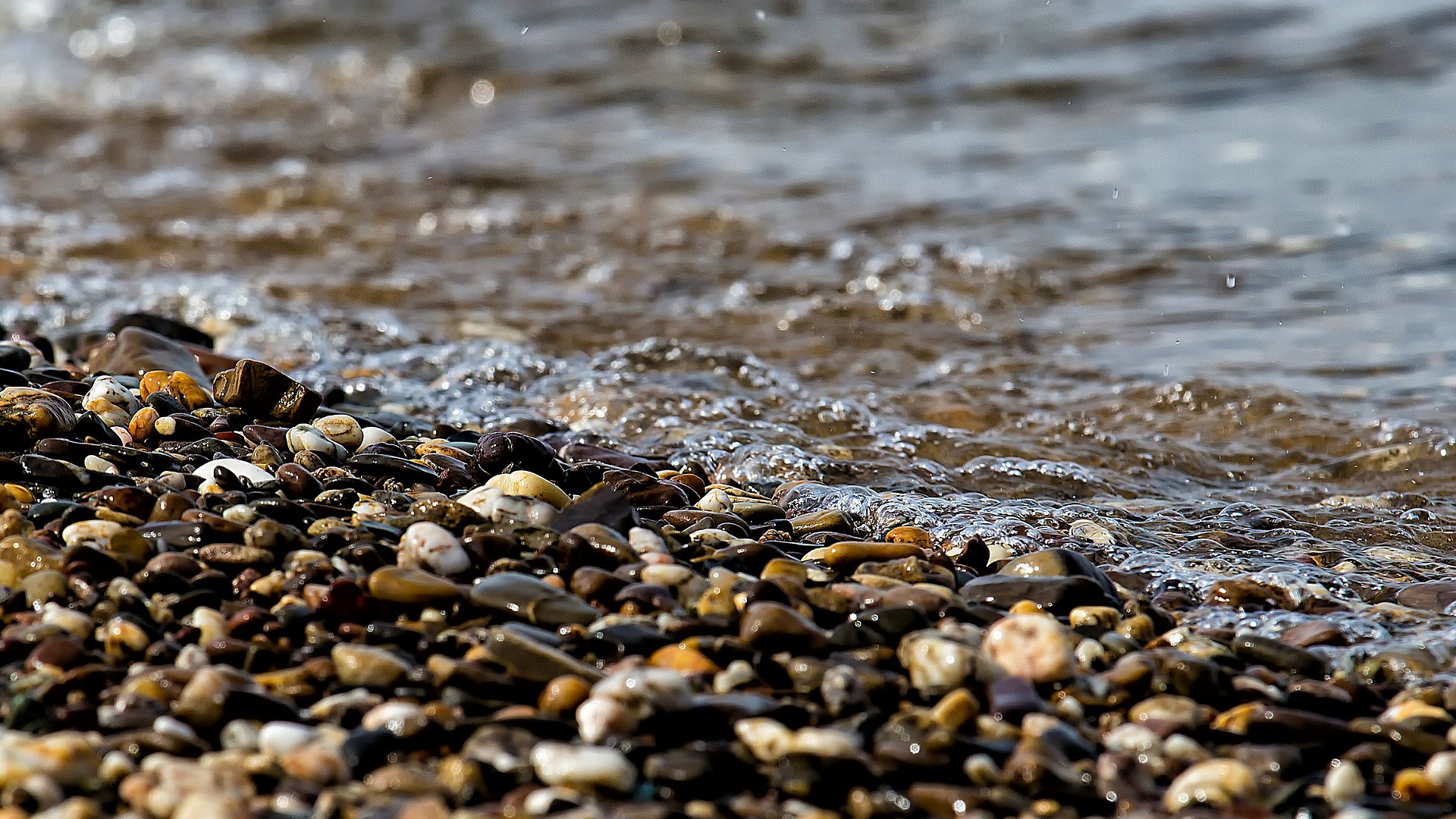 FOR Sydney Graham, a poem was a pebble tossed into a pond. We can use the image with reasonable but limited confidence, for though it was not the poet’s own, he once approved it with a tight nod and the faintest of smiles. The pond was, of course, language, to which Sydney himself usually attributed oceanic qualities. Until the ripples ceased, a new poem was not possible. As soon as the ripples ceased, a new poem became an absolute necessity. Graham was that very rare thing, a full-time poet. He discerned the vocation very early, after a life-changing spell studying philosophy at Newbattle Abbey, where he let an MS poem, addressed to his future wife and constant muse Nessie Dunsmuir slip from his pocket where it was bound to be discovered. He’d flirted with engineering, in the more prosaic curriculum of Stow College, and with ships, as befitted a boy who grew up with cranes and sugar quays in his foreground, but it was to be poetry that shaped him, and he it. He lived for years on loans and later on a Civil List pension of £500 a year. Up till then, he and Nessie had lived on their own Cornish suds – watching the tops obsessively for signs of leprous blight – brambles from the lanes and the odd beachcombed lemon.

The sea gave up many things to the Grahams, and to Sydney his greatest poem. The Nightfishing, published in 1955 and followed by a decade-plus of relative silence, as far as books were concerned, is one of the great English poems of the twentieth century. It comes out of an unusual lineage, quite different to the Waste Land/Cantos line, though T. S. Eliot and Faber were to be important supporters, beginning with The White Threshold in 1949. I vaguely remember the editor of The Penguin Book of Longer Contemporary Poems explaining in an introductory note that he had intended to include Hart Crane’s ‘The Bridge’ in his anthology, but had been put off by the ‘eye-watering’ fee demanded by the copyright holders. Its absence meant that Sydney was not seen in public with one of his most powerful and often misunderstood influences. Crane’s sea/voyage imagery, expansive homoeroticism and luxuriant vocabulary was not entirely to the taste of a public whose sense of what poetry was had been shaped by the Movement. Graham’s other obvious influences, his friend Dylan Thomas and the Gerard Manley Hopkins of ‘The Wreck of the Deautshland’ , were considered suspectly adolescent by anyone over the age of 21.

I met Graham when I was precisely that age, through the kind but indirect offices of Robin Jenkins, who the year before had given me a copy of Malcolm Mooney’s Land. This seemed like a generous gift, until I realized that the copy was quietly but furiously annotated in 2H pencil, the comments embossed rather than strictly written. Jenkins seemed particularly irritated by ‘Approaches to How They Behave’, the ‘they’ being a reference to words themselves, and how to handle their unruliness: ‘The poem is not a string of knots / Tied for a meaning of another time / And country, unreadable, found / By chance.’ Those enjambments are so typical of Graham they are almost a signature. What was new about Malcolm Mooney’s Land, though, was the directness of speech it utilized, which seemed like a partial retreat from the almost orphic utterance of the earliest work. Graham in person had, however, dropped none of his curious grandness of manner. He acted the role of poet to the hilt, often speaking in terms that seemed utterly unconversational, referring more than once, and somewhat breathtakingly, to his own ‘greatness’, and that of his work. This was done not in a florid, Oscar Wilde-y way, but with a seemingly sober air of stating the obvious. The correspondence, collected by Michael and Margaret Snow as The Nightfisherman and the other essential Graham book after the Collected Poems, is full of similar pronouncements. There was about him in Cornwall something of Prospero, an air of deposition countered by a controlling magic. I saw him stand astride his potato shaws, palms downward, humming furiously as if to drive the blight spores from his island.

He wasn’t so much shipwrecked there as in self-imposed exile, as close to London and its art/literary world as he could afford. Among the warmest of his letters – they’re almost love letters – are the prose poems he wrote to painter and fellow-Scot John Minton, the brightest light among the bright lights of the Soho/Fitzrovia scene. Minton and ‘the two Roberts’ – Colquhoun and MacBryde – were the new paradigm of how a Scot was to behave ‘abroad’, not like James Boswell or Hardy’s Donald Farfrae (Hardy was another poetic inspiration), but fiercely polyandrous and precociously in love with colour, language and form.

I often wondered, growing up on the north side of the Clyde littoral, what effect it must have had on language and visual sense to have grown up in Gourock and Greenock, as painter Alison Watt, novelist and screenplay writer Alan Sharp and before them John Davidson all did. What they share, and share with Graham, seems to be a heightened sense of language and colour as utterance. I wondered if it was the contrast between the industrial/mercantile foreground and the shock of green/purple hills and endless sky beyond. The same might apply more generally to writers and artists from Glasgow and Paisley; few cities are so nearly bordered by wildness and natural beauty. The very first lines of Robin Jenkins’s very first book express exactly that delighted shock. Whatever its resonance, it never left Sydney Graham, whose most personal poems are often evocations of his hometown. The poem that begins, unforgettably, ‘Listen. Put on morning’ and ends with the same words and ‘Waken into falling light’ is a devastatingly straightforward conjuring of home and its sights and sounds. If John Davidson, who also subsisted in the south west on the Civil List, was looking for or looking like God through the wrong end of the telescope, as MacDiarmid perceptively suggested, Graham seemed to retain a stereoscopic view of his origins, and needed no God other than the Word.

In an August 1944 letter to the folklorist and poet William Montgomerie, Graham quotes (unattributed) three lines of Hopkins’, including ‘Nor fret for few who die before I do’, commenting that this is ‘An utterance, disturbing in its suggestion and kept memorable and easy to say by its construction’. This is an important insight, not least the deceptively mild ‘easy to say’, because for all the ‘Joycean’ richness of Graham’s writing, an influence that his townsman Alan Sharp took to extraordinary lengths in A Green Tree in Gedde, the work is all speakable, and is all very much conceived in the moment of its making. Graham did not regard poetry as a vehicle for opinion, nor as a forum for celebrating tartanry, national pride, ‘heather and homerule’, and left- or right-wing views. He insisted to the very last that ‘POETRY’S MADE OF WORDS’ (he was an enthusiastic user of billboard capitals), ‘THE EAR SPEAKS MORE THAN THE TONGUE    LISTEN’. Every poem seems to be connected to some moment of narrative, some human movement and occasion. This is why, when Graham celebrated the ‘poetic’ influence of James Joyce, he meant Ulysses, not the affectedly literary gestures of Pomes Penyeach or Chamber Music. Few modern literary poets, as opposed to performance poets, benefit more from being read aloud than does Graham. His own dictation-speed reading of the work was distinctive. He refers often to ‘speaking’ and ‘unspeaking’ (both used as substantive nouns), and to ‘the shout’, which he doesn’t mean in a bland Question of Sport way (‘Great shout, Tuffers!’) but as a vivid affirmation of poetry’s chief aim, to disturb the silence.

Graham was a singer, somewhere between a good pub singer and someone you might imagine playing Javert in Les Mis. His physicality and lack of ‘poetic’ good looks – you’ll rarely have seen a face more archetypically Scotch – were part of his utterance. Physical descriptions of him vary strangely. Some have him as ‘tall’, others as ‘stocky’, and even allowing that these things are relative to the observer, they seem a contradiction. To some he was, unaccountably, red-haired. At best there were a few chestnutty highlights. The misperception must come from some deep-rooted music hall iteration of the typical Jock. His manner could be brusque, though some of the more celebrated examples could be attributed to the use of Methedrine, a social disinhibitor that was pretty much de rigueur in 1940s and 50s Soho, and alcohol, to which he had an unusual and hard-to-describe relationship. One of his near neighbours at Madron voiced the impression that ‘Sydney drinks like a Cornishman, not like a Scotsman’, but wouldn’t be drawn on what exactly he meant.

Graham’s centenary passed at the end of last year without much flurry or comment. It was a year unusually rich in significant literary centenaries: Frankenstein, Karl Marx, Ivan Turgenev, Muriel Spark, Alexander Solzhenitsyn, Mickey Spillane! Spike Milligan!! It may be that, with a November birthday, Graham was simply buried in media diaries. It may be that long exile plus unreconstructed Scottishness left him between two stools: no longer quite ‘one of us’, not quite assimilated either. It might be that his closeness to painters rather than fellow poets – Minton, Ben Nicholson, Bryan Winter, Peter Lanyon (‘I called today, Peter, and you were away’), Roger Hilton – made him seem part of a different gang altogether. But there is a sense, too, that Graham, who sneered at ‘heather and homerule’ and wrote in strange, unmodish costumes was not quite understood and for all his loyal proponents – who included the unfailingly loyal Harold Pinter – not quite liked. Jenkins’s dismissal of him, or parts of him, was not unusual, then or now. In 1909, poor John Davidson walked into the sea at Penzance, tired and sick and hammering on cold iron. Graham was a more durable sort, for whom the forge, to keep the metaphors mixed, never went cold even when the fuel was low. And yet we still think of him poised on the shoreline, distant, himself ‘away’, rather than in the mainstream and midland of modern Scottish poetry. It is the place he chose for himself. In a letter to Minton, written just as the war was ending, and above the salutation ‘Dear Dear John’, he writes, ‘Tonight I walked out of my home / And walked slowly down to the sea.’ But his sailing days were behind him, and suicide was alien to the urgency of his soul. Instead, he gazed like Hardy out over the water to the quietening continent beyond, and perhaps threw a stone (‘A sport that all Scottish boys are good at’) into the unceasing waves. 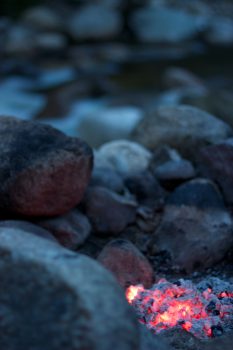 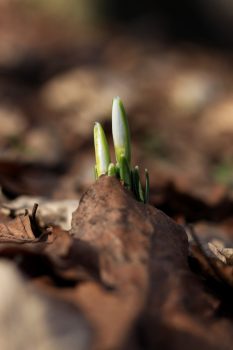 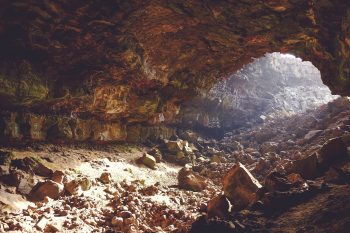