Warning: session_start() expects parameter 1 to be array, string given in /home/yourband/public_html/srb.swddev.com/wp-includes/class-wp-hook.php on line 286
 Muriel Spark on stage at the Usher Hall – Scottish Review of Books 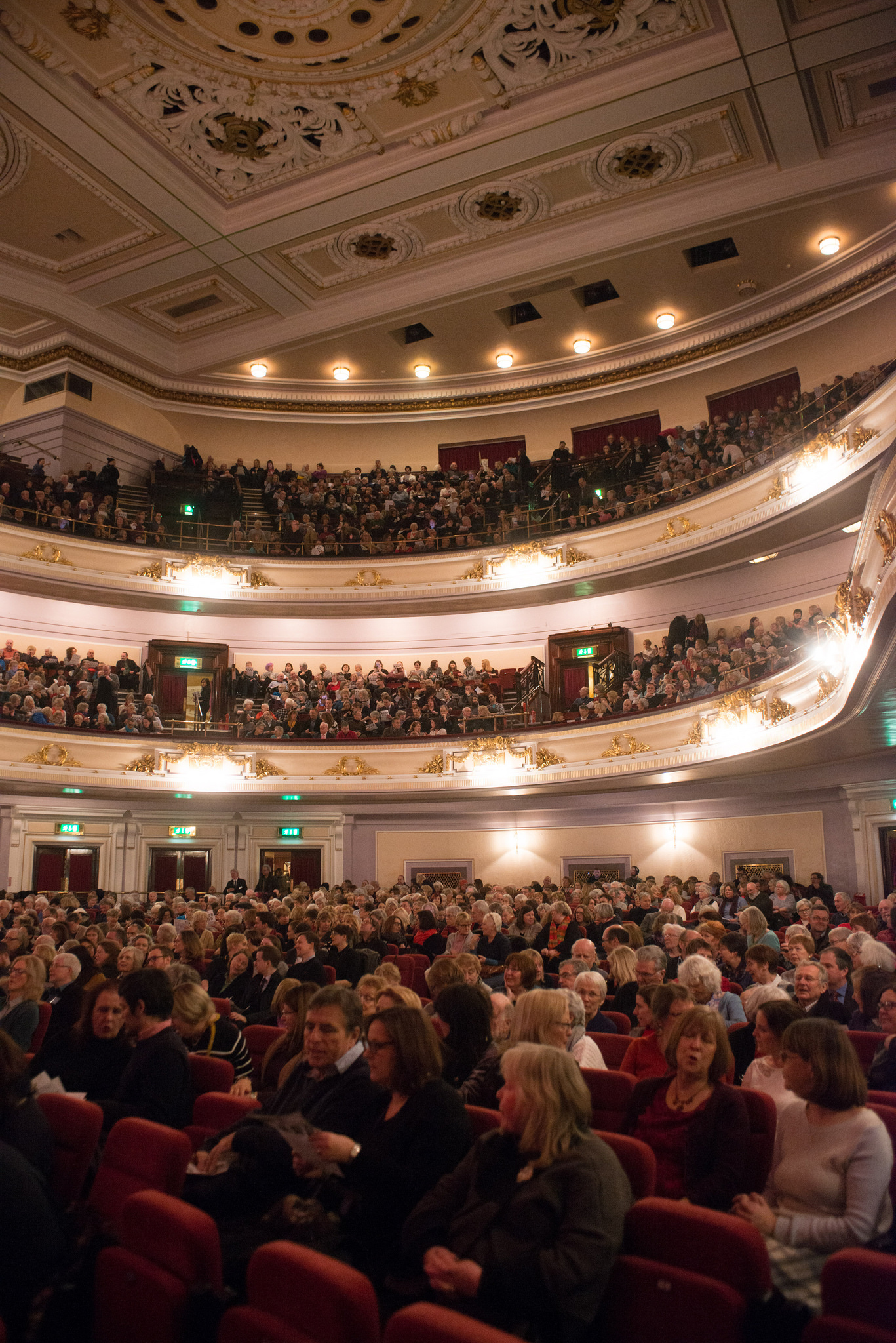 Muriel Spark on stage at the Usher Hall

Muriel Spark’s centenary was marked in fine Edinburgh style at the Usher Hall last night. Close to 2000 people crammed into the theatre with only a handful of restricted view seats left unfilled. All had come in expectation of  a celebration of Muriel Spark’s life and work but with advertising giving tantalisingly sparse detail, few knew what to expect. None left disappointed. Scottish Review of Books editors Alan Taylor and Rosemary Goring sparkled on stage as they hosted the night, narrating the writer’s life – their entertaining delivery peppered with readings from writers Alexander McCall Smith and Ian Rankin and Scotland’s First Minister Nicola Sturgeon. Alexander McCall Smith had written a poem in praise of Muriel for the occasion. Ian Rankin spoke of his aborted doctorate studies in the name of Muriel Spark which lead directly to the completion of his first novel. And the First Minister spoke eloquently of her thirst for Muriel’s writing in her teenage years and her delight at rediscovering them recently: ‘“Like many, I devoured Spark’s novels in my teenage and student years,” the First Minister said. “Having just recently started re-reading them, I am discovering all over again the sheer joy, entertainment, and rigorous intellectual stimulation that they provide.” The First Minister also delivered an entertaining reading from The Prime of Miss Jean Brodie, arguably Muriel Spark’s best known book. 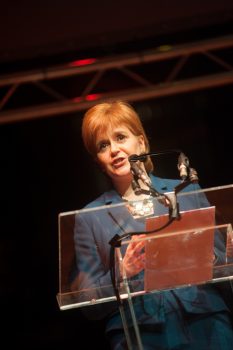 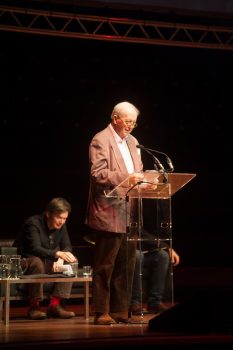 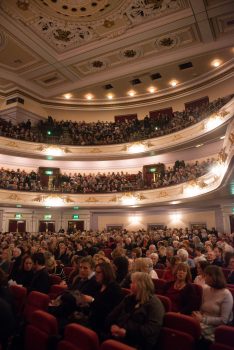 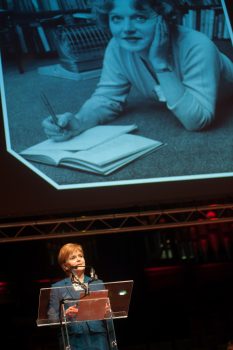 Part way through the evening the stage was given over to seven actors and David Greig, Artistic Director of The Lyceum Theatre, Scotland’s largest producing theatre. The cast delighted the audience with  a twenty-minute rehearsed reading of scenes from Muriel Spark’s only stage play, Doctors of Philosophy, on stage for the first time since 1963. Witty and sharp and relevant, the actors – Moyo Akande, Maureen Beattie, Ryan Fletcher, Peter Forbes, Lesley Hart, Anne Kidd and Gabriel Quigley – brought the writing beautifully to life and teased the audience to see more in the full length play. Date to be announced. The actors also joined Nicola, Ian and Alexander on stage to read from her poetry and novels.

Finally, Muriel herself joined the party. In a recording from her last visit to the Edinburgh International Book Festival, the tiers of the Usher Hall filled with the sound of her own distinctive voice as she read from her Edinburgh book – The Prime of Miss Jean Brodie.

The event was an Edinburgh International Book Festival out of season event. They partnered with The Lyceum Theatre and Saltire Publisher of the Year, Birlinn – who are republishing all 22 of her novels this centenary year, supported by Creative Scotland and the Muriel Spark Society.

Read the Scotsman review of the event here.

The Scottish Review of Books Muriel Spark edition will be published on 10 February 2018.