Warning: session_start() expects parameter 1 to be array, string given in /home/yourband/public_html/srb.swddev.com/wp-includes/class-wp-hook.php on line 286
 MacDiarmid – The Lost Interview – Scottish Review of Books 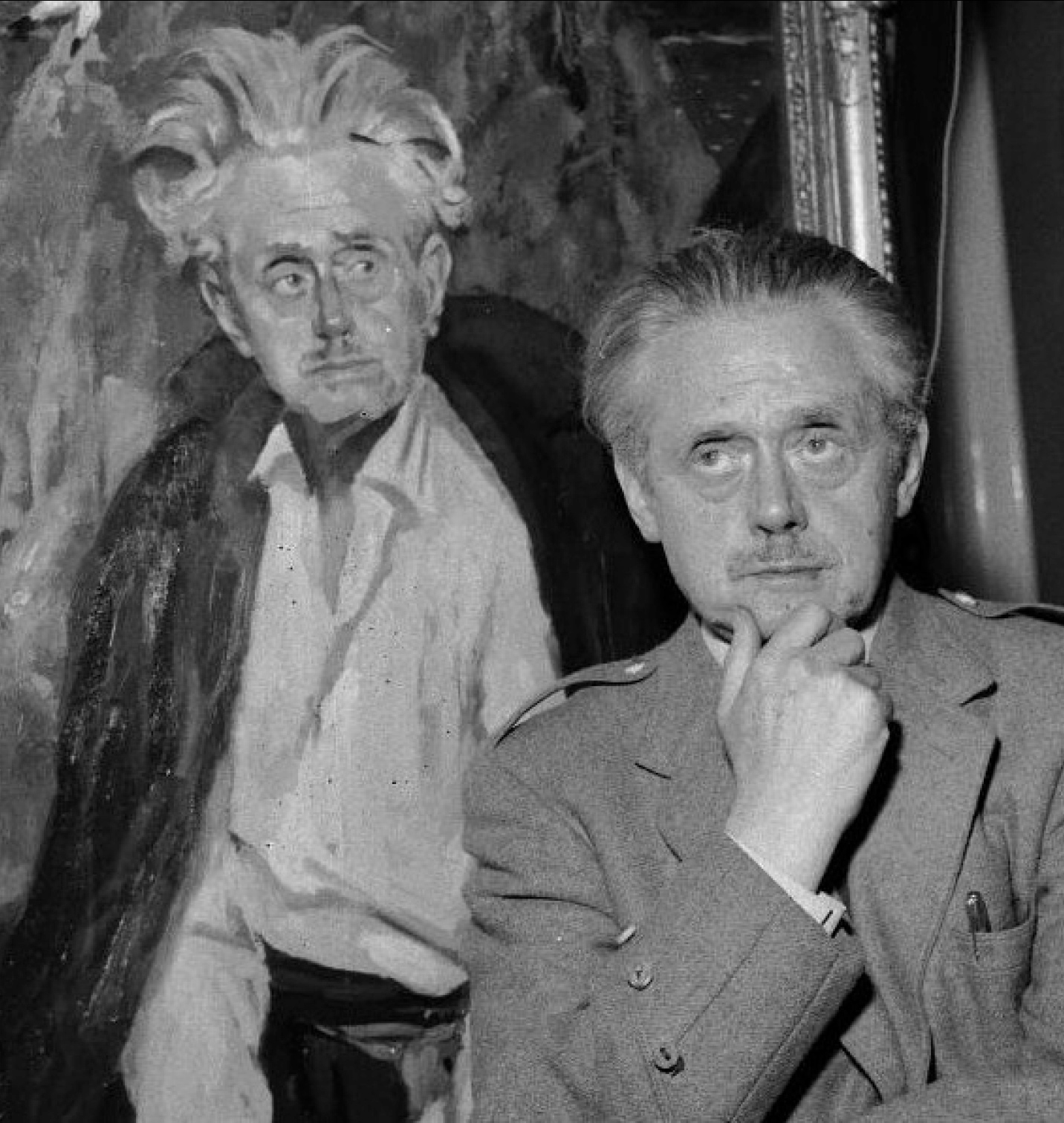 A damning verdict on devolution delivered by one of the towering figures of 20th century Scottish literature is revealed in a long-lost interview with a school magazine.

Hugh MacDiarmid, revered as the figurehead of a literary renaissance he had sparked with his epic poem ‘A Drunk Man Looks at the Thistle’, was asked in a wide-ranging interview with pupils at Hillhead High School in Glasgow in 1976 about independence and how far he would like devolution to go.

He replied with typical irascibility: ‘I have no use for any measure of devolution. I want complete independence and the complete disjunction of Scotland from England. The Westminster Government can never give us independence. Independence is not given but taken.’

The article came to light after it was given among a set of old secondary school magazines to Professor Donald Gillies, Dean of the School of education at the University of the West of Scotland. It had lain unseen for 40 years.

MacDiarmid, a self-proclaimed Marxist-Leninist who had been expelled from the National Party of Scotland, a precursor to the SNP, because of his Communist views, was quizzed about his opinion of Alexander Solzhenitsyn, the Nobel Nobel Prize-winning novelist who had suffered imprisonment in the Soviet gulags.

MacDiarmid replied: ‘Solzhenitsyn is a malignant enemy of the Soviet system, exploiting purely personal grievances and deliberately playing into the hands of the enemies of the USSR. He … is not a writer of real quality … He is a purely temporary phenomenon.’

He stood by the necessity for state-sanctioned killing as articulated in the line ‘What maitters ‘t wha we kill?’ from the poem ‘Hymn to Lenin’, declaring: ‘Progress demands that recalcitrant or reactionary elements must be swept away.’

MacDiarmid, who was 84 when he gave the interview, two years before he died, was equally robust when asked if he agreed with Lewis Grassic Gibbon, author of Sunset Song, that almost all writing by Scots was in the English language and tradition.

MacDiarmid added: ‘It is precisely in the things that English literature is most conspicuously lacking that Scottish literature, alike in Scots and in Scottish Gaelic, has excelled.’

Prof Gillies said: ‘Given the way the world was going in the mid-70s, it was intriguing to see him rubbish Solzhenitsyn so thoroughly and defend human rights abuses as acceptable means for a greater political end. There is something oddly appealing about MacDiarmid’s “thrawnness”, however.’

With ‘A Drunk Man Looks at the Thistle’, MacDiarmid ushered in a new era of linguistic experimentation in a Scots language suited not just to rural life but to urbanized modernity. In so doing he attempted to put a distance between his own highly politicized writing and that of the sentimental Scots language authors of the previous century.

Alan Taylor, editor of the SRB, said: ‘This is the literary equivalent of Alex Ferguson’s hair dryer. MacDiarmid was a contrarian to the end and didn’t given a damn who he offended. As he once said, his job wasn’t to lay a tit’s egg but to erupt like a volcano emitting not only flame but a lot of rubbish. He certainly achieved that in this interview.’

The interview is reprinted in full in the Scottish Review of Books.