Warning: session_start() expects parameter 1 to be array, string given in /home/yourband/public_html/srb.swddev.com/wp-includes/class-wp-hook.php on line 286
 And we’re off! – Emerging Critics Season Two is up and running – Scottish Review of Books

And we’re off! – Emerging Critics Season Two is up and running

‘Good critics, passionate critics, are motivated by a desire to be the best audience member that they can be. A critic needs to be informed, enthusiastic, curious and open-minded. This is all I ask of other critics; it’s a I ask of myself. I don’t want to be a judge, or the judge, but I do believe in the democratic function – indeed, the necessity – of making judgements. I believe in the art of speaking back to art; of analysing it, arguing with it, celebrating it, sifting and sorting through its constituent elements. I cannot imagine how I would make sense of the world without art, but nor can I comprehend how I would make sense of art without criticism.’ – Anwen Crawford, The Monthly

A half day seminar held at the National Library of Scotland marked the beginning of a second season of Emerging Critics. Jan Rutherford, Chair of Scottish Review of Books, Publisher and Publicist, introduced the afternoon and was followed on stage by Alan Bett, Literature Officer from Creative Scotland to welcomed all to an afternoon of information exchange and dialogue. Rosemary Goring, author and literary editor of the Herald and Sunday Herald newspapers and board member of Scottish Review of Books welcomed the new mentors and mentees and spoke of the benefits of the programme and the success of the first season. Alan Taylor, best-selling author and editor of Scottish Review of Books, then spoke on the art of criticism and a lifetime spent in literary criticism. He was later joined on stage by previous mentee Laura Waddell, now publisher and arts critic for print and online platforms.

‘I had a real sense that he was taking me and my work seriously and that he would push me to get the best out of myself, and that is what matters most.’ Previous mentee

The new mentors are: 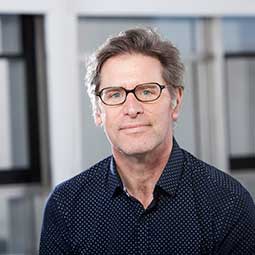 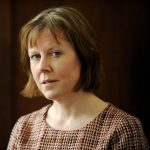 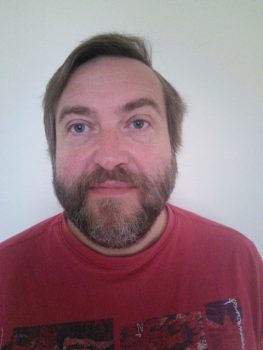 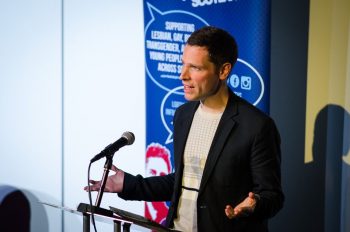 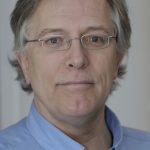 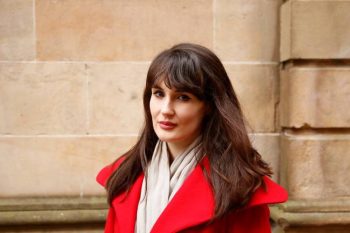 ANDREW CRUMEY: Following a PhD in theoretical physics and research on

nonlinear dynamics at Leeds University, Andrew published his first novel Music, In A Foreign Language in 1994. It won the Saltire Society Prize for Best First Book and marked the beginning of a series of works exploring themes in real and imaginary history, which have been widely translated. He worked as a schoolteacher and freelance book reviewer and was literary editor of Scotland On Sunday (2000-06), then returned to academia as lecturer in creative writing at Newcastle University (2006-11) before joining Northumbria in November 2011. His sixth novel, Sputnik Caledonia (2008) won the Northern Rock Foundation Writers Award, was shortlisted for the James Tait Black Memorial Prize and Scottish Book of the Year, and was longlisted for the Arthur C Clarke Award. His seventh, The Secret Knowledge, was published in 2013.

ALLAN HUNTER: National film critic for The Daily Express for eighteen years, Allan was previously film critic for Scotland On Sunday. He has contributed to a range of publications including Screen International, The Herald and The List. He has written a number of books, including biographies of Faye Dunaway, Walter Matthau and Gene Hackman. He is currently co-director of the annual Glasgow Film Festival.

ROSEMARY GORING: The literary editor of the Herald and Sunday Herald newspapers. She is also the author of several best-selling books including: Scotland The Autobiography: 2000 Years of Scottish History By Those Who Saw it Happen (Penguin), After Flodden, and Dacre’s War (Polygon). And is currently working a new nonfiction work – Scotland: Her Story. In years gone by she was literary editor of Scotland on Sunday, followed by a brief spell as editor of Life & Work, the Church of Scotland’s magazine. Rosemary is a board member for Scottish Review of Books, contributor and deputy-editor and has been involved with Emerging Critics since the beginning.

ALLAN RADCLIFFE:  Writer and theatre critic for The Times in Scotland and  previously well known among the contributors to the Scotsman, Sunday Herald, Sunday Times, Metro and the Big Issue, among other papers and journals. Allan was assistant editor of The List magazine for five years and he has won various accolades, including the Allen Wright Award for young arts journalists. His poetry and short stories have appeared in Out There, Elsewhere, Markings, the Best Gay Short Stories, New Writing Scotland, Celtic View and Gutter Magazine and he has written a monologue about the painter Frances MacDonald McNair that has been performed at art galleries up and down the country.

DAVID ROBINSON: David was the books editor of The Scotsman for more than 15 years. He now is now a freelance journalist and editor and was convener of the judges for the 2017 Saltire Literary Awards. He is also the author of In Cold Ink, a collection of essays and author interviews, and a successful ghost writer.  He is a regular chair for literary events across Scotland and was a mentor with Emerging Critics in 2016/17.

Roving Mentor – LAURA WADDELL: Laura is a publisher based in Glasgow. She is also a critic writing for the Times Literary Supplement, The Guardian, Glasgow Review of Books, Gutter,  Review 31, Scottish Review of Books and others. She sits on the board of Scottish PEN and the newly co-operatively owned Gutter magazine. Laura is also a writer of fiction and narrative non-fiction. She is a public speaker on all things publishing and regularly chairs literary events.

A full recording of the afternoon’s proceedings will be available on this site shortly.

What do we expect from an Emerging Critics mentor?

The mentors will meet with their mentees (16 in total) over a period of 10 months.