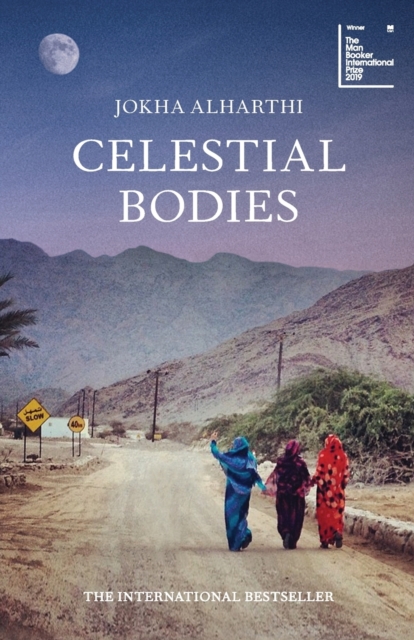 The novel, written  by Jokha Alharthi, and translated by Marilyn Booth, is published by Sandstone Press. The award which celebrates the finest works of translated fiction from around the world carries with it a cash prize of £50,000 ($63,000), split equally between the author and her translator. Each shortlisted author and translator receives  £1,000 for being shortlisted. The winner was announced today by Bettany Hughes at a ceremony at the Roundhouse in London.

Jokha Alharthi is the first author from the Arabian Gulf to win the prize. The author of two other novels, two collections of short fiction and a children’s book, her work has been published in English, German, Italian, Korean, and Serbian.

Marilyn Booth is an American academic and translator who has translated many works of fiction from Arabic. A fellow at Magdalen College, Oxford, she holds the Khalid bin Abdallah Al Saud Chair for the Study of the Contemporary Arab World at the Oriental Institute.

Celestial Bodies tells of family connections and history in the coming-of-age account of three Omani sisters. It is set against the backdrop of an evolving Oman, which is slowly redefining itself after the colonial era, at the crossroads of its complex present.

‘A book to win over the head and the heart in equal measure, worth lingering over. Interweaving voices and timelines are beautifully served by the pacing of the novel. Its delicate artistry draws us into a richly imagined community — opening out to tackle profound questions of time and mortality and disturbing aspects of our shared history. The style is a metaphor for the subject, subtly resisting clichés of race, slavery and gender. The translation is precise and lyrical, weaving in the cadences of both poetry and everyday speech. Celestial Bodies evokes the forces that constrain us and those that set us free’

‘We’re so proud to have brought this book to an English speaking audience, and we’re delighted that the judges see the same things in it that we do’

The Highland-based publishing house was founded 16 years ago by Robert Davidson and Moira Forsyth. The small team have previously enjoyed success with two novels shortlisted for the Booker Prize – Jane Roger’s The Testament of Jessie Lamb (2011) and Eve Harris’s The Marrying of Chani Kaufman (2013).