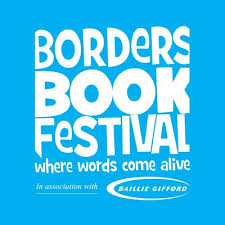 Alistair Moffat and Paula Ogilvie launched the 14th Borders Book Festival programme today and announced Baillie Gifford as their title sponsor. The festival, which runs from 15-18 June, takes place primarily in the wonderful setting of the grounds of Harmony House in Melrose — providing a grand Borders’ weekend for all the family. Over the last two years, the festival directors have developed a growing and exciting food festival in the Orchard (with some of the best Borders and Scottish delights including beers, fish and chips— even prawns and chips!— cakes and crepes) to sit alongside the programme of talks, discussion, readings and entertainment which this year includes Richard Holloway talking about ‘A Little History of Religion’; Melvyn Bragg making a return visit after 12 years to talk about his new novel, ‘Now is the Time;  James Fergusson, discussing  ‘Al-Britannia, My Country: Travels in Muslim Britain’; Blair Bowman, with a new approach to exploring whisky – ‘A Pocket Guide to Whisky’; Suzie Wilde examining Viking  storytelling; Jamie Jauncey telling the deeply personal story of his great, great uncle – Robert Bontine Cunninghame Graham – an aristocrat, a socialist, a writer, a horseman, an adventurer and the founding president of the Scottish National Party. Allan Little is there too,  reporting the world in an age of anger. And new international best-seller, Malachy Tallack, takes us on a tour of the imagined and the lost – ‘Undiscovered Islands’. The Borders have also attracted Richard Ingrams this year to talk about his friend Ludovic Kennedy; Ben MacIntyre on the SAS Rogue Heroes; and James Naughtie brings us up to date on Trumpquake.

There is much more in the programme than we can touch on here. Explore on their site.