Warning: session_start() expects parameter 1 to be array, string given in /home/customer/www/scottishreviewofbooks.org/public_html/wp-includes/class-wp-hook.php on line 303
 softLOUD – Scottish Review of Books 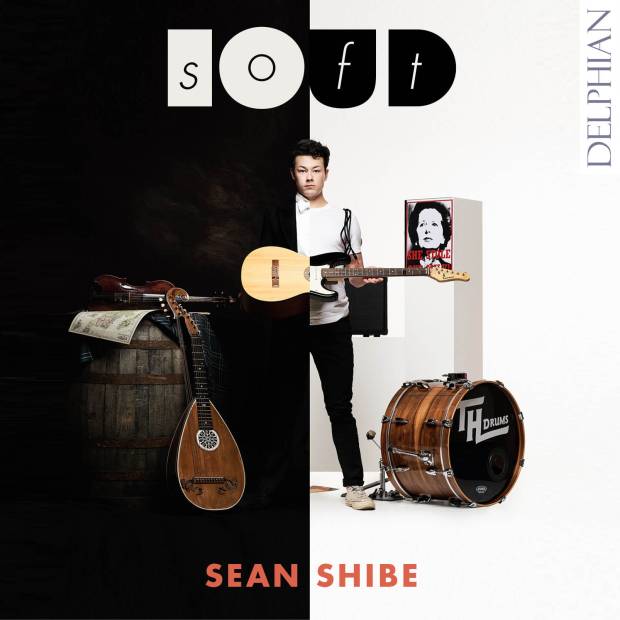 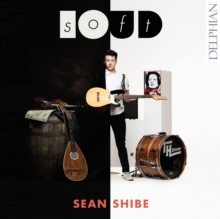 It’s apt that the booklet accompanying Sean Shibe’s softLOUD takes the form of a conversation. It opens with a question, asking, ‘Have we today forgotten how to speak softly with grace; or is the real danger that we aren’t screaming loudly enough?’

softLOUD is Edinburgh-born Shibe’s second solo recording on Delphian. It follows Dreams & Fancies (Delphian; 2017), a survey of English Renaissance and 20th-century works firmly within the guitar canon, which won Shibe comparisons to Julian Bream. But softLOUD presents a whole new concept. It is primarily made up of Shibe’s own arrangements for both acoustic and electric guitars, juxtaposing transcriptions from seventeenth-century Scottish lute manuscripts alongside works originally intended for other instruments. including Julia Wolfe’s LAD, originally composed for nine bagpipes. Yes, really, nine bagpipes.

The whole thing is, in essence, a series of simultaneous dialogues—between lute and guitar, past and present, organic and electric, performer and composer, and between two selves. The discourse is half whisper, half scream. Shibe ponders how we might ‘mourn the loss of expertise and nuance in post-truth Brexit Britain?’ ‘With something cyclical’, he concludes, ‘righteous and repetitive in its anger.’ Strong words, but how is this manifested in music?

The early works are drawn from sources including the Wemyss, Balcarres, Rowallan and Straloch Manuscripts, and are presented by Shibe on modern guitar without apology. It is pure delight to hear Shibe—unburdened by any sense of historicist orthodoxy—taking full advantage of the modern classical instrument and stamping his own artistic ownership all over them. He makes liberal use of extended technical effects, such as the glimmering harmonics heard in the opening of eighteenth-century Scottish composer James Oswald’s Divertimento I, in opening up whole new musical dimensions. The two MacMillan transcriptions (From Galloway and Motet I from Since it was the day of preparation) are particularly convincingly rendered. Hearing Shibe’s fingers trace the sinewy lines of the motet, it would be easy to believe it had always been intended for guitar.

Things begin to get more heated when Shibe picks up the Stratocaster. However, there’s no loss of his distinctive musical personality. Since its composition in 1987, Steve Reich’s Electric Counterpoint has become a staple of the contemporary guitar repertoire. Made up of ten individual parts, it is easy to lose all sense of the human in its rhythmic morass. Here, each voice remains immediately discernible via Shibe’s understated setup and the quality of the engineering.

The Reich acts as a bridge to the two works by Julia Wolfe and David Lang, two composers who have frequently collaborated in Bang on a Can, the ensemble they co-founded. Wolfe’s LAD was originally written for Matthew Welch and the Saffron Kilts Pipe Band in 2007, who have also recorded it (Cantaloupe Music; 2011). Shibe apparently discovered it in that most 21st-century of ways: YouTube.  The work builds up a substantial texture with the additive drones of the pipes, finding a warmness as their sonorities coalesce. For amplified guitar, it becomes to Wolfe’s original composition as, say, what Charlie Brooker’s Black Mirror is to The Jetsons. The guitars’ visceral, tangible textures are barely tolerable for the first two movements. Yet, they become exponentially fascinating, compelling the listener to hang on until the final movement, which brings catharsis in the form of a kind of post-apocalyptic jig.

And then, just before you thought it was impossible to take the intensity level any higher, the Lang kicks it up another gear. With its warm, fuzzy distortion and driving melodic lines, there is the faint sense of a late ‘80s rock anthem. But with Shibe’s rhythmic incision, its jagged heterophony acquires an irrepressible kinetic energy, making you feel you’ve been thrown feet-first into a blender—but that you don’t want it to stop. After hearing it for the first time, you’ll sit up and ask yourself, ‘What just happened?’ And then you’ll listen to it again.

Entirely deserving of the attention and awards it has begun to receive, softLOUD is something you’ll want to listen to in two halves, as well as straight through. It’s absolutely riveting. It’s the most eloquent musical scream on record. In terms of an artistic manifesto, it asks more questions than it provides answers. But I’d be willing to wager that each time you get to the end, you’ll have turned it up to eleven.

David Lee has a PhD in Historical Musicology. His writing has been commissioned by the Edinburgh International Festival, Kings Place London (for their Baroque Unwrapped series), St John’s Smith Square, and by ensembles including Edinburgh’s Dunedin Consort.