Warning: session_start() expects parameter 1 to be array, string given in /home/customer/www/scottishreviewofbooks.org/public_html/wp-includes/class-wp-hook.php on line 307
 ‘Our transforming shores’ – Scottish Review of Books 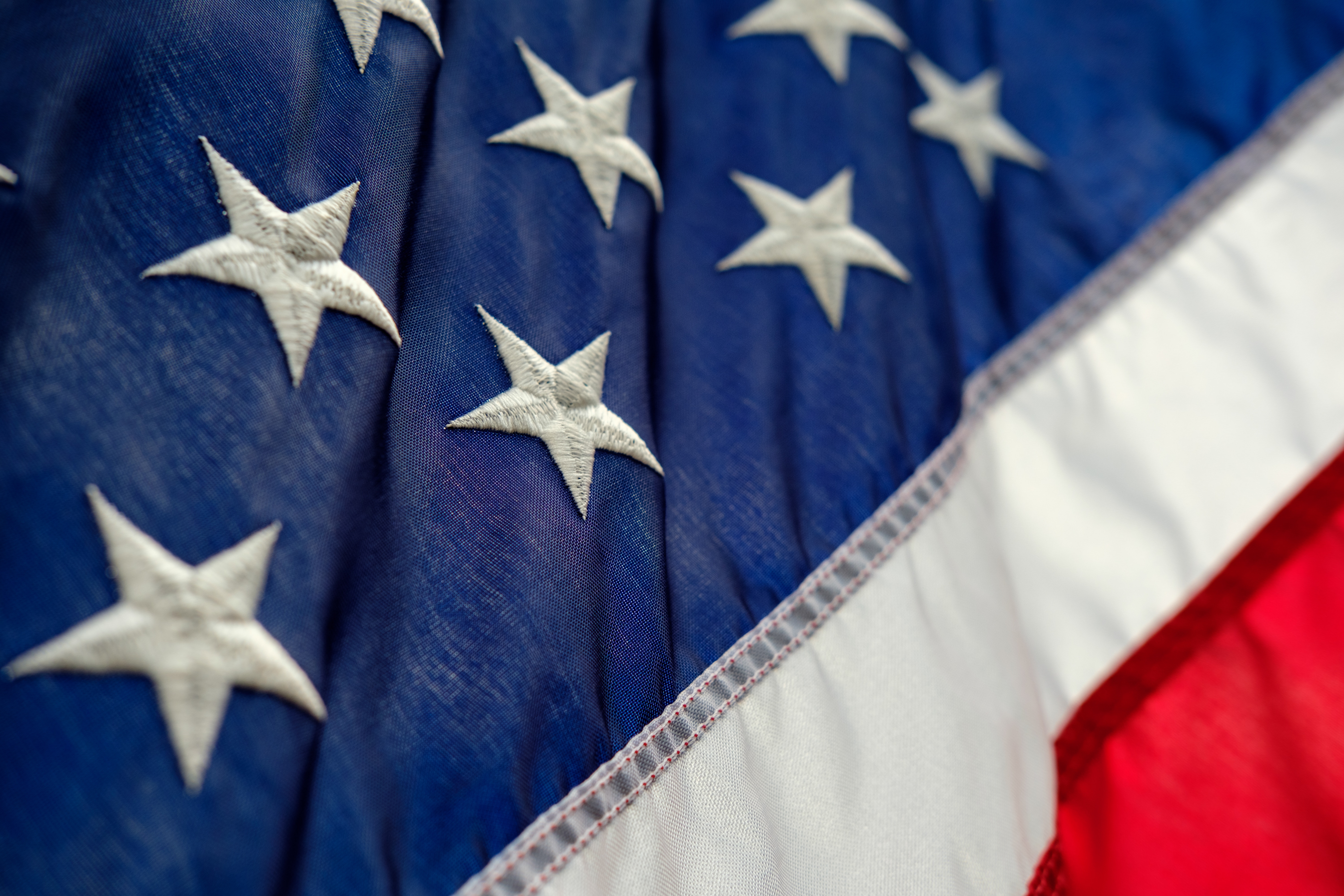 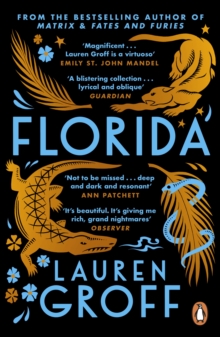 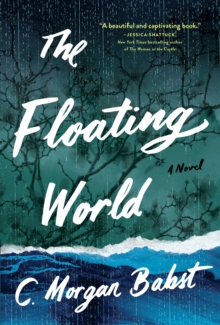 In his final presidential address in 1989, Ronald Reagan remembered a phrase he’d used “all [his] political life” to describe America. He talked about a colonialist named John Winthrop, who sermonized on the boat from England to America in 1630, calling to his congregation to build a “city on a hill” that would stand as an example to the world, a shining beacon. The phrase is taken from the Bible, from Matthew 5:14’s description of Jesus’s Sermon on the Mount: “You are the light of the world. A city that is set on a hill cannot be hidden.” Reagan was neither the first nor last American politician to use it. Variations on it were used by President Kennedy before him and Presidents George W. Bush and Barack Obama after. The phrase has become something of an American motif, and lies at the root of what gets called American exceptionalism; it is the original casting of American shores as the manifestation of the golden city foretold in the Bible. It remains powerful, even as it perhaps inures some to the threats that face the country, which include – whether individuals “deny” it or not – sea level rise and the floods it will bring.

In his speech, Reagan spoke of the city being “built on rocks stronger than oceans”, one with “ports that hummed with commerce” that remained “steady no matter what storm.” But what happens to that shining city when those rocks can no longer hold back the ocean, when the ports are flooded and that steadiness is revealed to be an illusion? How does the changing foundation of the nation – and I mean that as literally as it is possible to mean it – change how Americans think of America as a nation?

American literature, both fiction and non-fiction, has begun to ask these questions with an urgency spurred by the seriousness of the problem. The 2018 IPCC report gave humans only twelve years to act to prevent global warming of over 1.5C. American cities have already experienced near-Biblical floods: in Houston in 2017 after Hurricane Harvey, in New York in 2012 after Hurricane Sandy, and in New Orleans in 2005 after Hurricane Katrina. While it may still be arguable to what extent these disasters are directly attributable to climate change, one thing at least seems to be true: such events are becoming more frequent and more destructive. Since Katrina, American literature has seen the expansion of the genre known as “cli-fi” – climate fiction – and a significant portion of its output has dealt specifically with floods. Jesmyn Ward’s 2011 novel Salvage the Bones deals directly with Katrina, as does C. Morgan Babst’s The Floating World (2017). Dave Eggers’ Zeitoun (2009) is a work of narrative non-fiction following Abdulrahman Zeitoun, a resident of New Orleans who is arrested for “terrorist activities” while rescuing neighbours after the storm. Tom Franklin and Beth Ann Fennelly’s The Tilted World and Bill Cheng’s Southern Cross the Dog (both 2013) tell the story of the 1927 Mississippi flood that covered 27,000 square miles. Stephen Baxter in Flood (2008), Lauren Groff in Arcadia (2012), and Kim Stanley Robinson in New York 2140 (2017) create imagined futures in which to play out scenarios of catastrophic floods precipitated by global warming. “[P]oor half-drowned Venice with its overwhelmed pumps,” writes Groff. “Poor Micronesia, poor Tuvalu, lost Atlantises.”

But it’s in Elizabeth Rush’s astounding piece of immersive reportage Rising: Dispatches from the New American Shore (2018) that the real stakes for everyday Americans are most directly laid bare. It’s in Rush’s book that the solidity of those rocks Reagan imagined the golden city standing on is most forcefully questioned. Travelling through the low-lying and marshland areas that line the American coast, from Maine down to New York and all the way to Florida, across to Louisiana and on to San Francisco, she reveals that America is collapsing from within. As the seas have risen and storms gotten stronger, more and more salt has been deposited in those marshes. Rush lays out the inevitable consequences: plants “started to suck up more salt water than they had in the past. They were stunned and stunted. Then they stopped growing.” The marsh withers, the sea moves in. Watching this happen in Maine, writes Rush, she “understood then that sea level rise was not a problem for future generations. It was happening already … I sensed that the slow-motion migration in, away from our disintegrating shores, had already begun.”

Rising might in some respects be called a pessimistic book. Amid all the rewilding programmes Rush observes, with a particularly impressive one seemingly succeeding in re-installing wetlands in the San Francisco Bay Area, she comes to the conclusion that the most effective – if also the most controversial – response to “our transforming shore” is a form of managed retreat. In Staten Island after Hurricane Sandy, and on the Isle de Jean Charles in Louisiana after a succession of storms of which Katrina was only the most famous, she meets communities in the midst of abandoning their homes. While sensible, such retreat seems to go against everything the American story tells Americans about themselves: what Rush calls “unsettling the shore” is the opposite of Manifest Destiny, westward expansion, and world dominance. Retreat “implies defeat”; it rewinds American history. This is not lost on Rush, especially in Staten Island, New York City’s “only Republican borough” whose residents are “right-leaning” and “climate change-denying.” But there though, “as rising tides peel away financial security”, she learns that “pragmatism trumps politics.” When the state offers to buy them out, the lower middle-class residents only give up their homes, in some instances homes they’d spent their lives building up, once they are sure the land will return to nature. “If their homes were going to be given to a rich person, or if they were going to be knocked down so some developer could build a mansion or a luxury condo, they were not leaving.” They would leave, they said, “if, and only if, that property was to become a commons of sorts, the right to use the land held by all.” This, of course, is another vision of America, equally as strong as the one articulated by Reagan, with just as long a history.

Not everyone can retreat, though. Rush also meets those – always poor, often African-American, Hispanic, or Native American – who have been left to the elements. Too poor to up sticks and leave, but also too poor to afford the rocketing insurance premiums for flood-prone houses, residents of areas like Shorecrest in Miami deal not just with the headline-grabbing storms but also with near-daily low-scale flooding. It is in Florida where America as we know it is most threatened. Rush hears a professor of geology predict a sixteen-foot rise in sea levels by the end of the century. The conclusion?: “[i]f even half of what he says is true … Florida is about to be wiped off the map.” After listening to the professor, Rush returns to the Noah story and is “surprised to find that it does not start with a rainstorm or an ark, but earlier, with unprecedented population growth and God’s scorn.” Florida’s population rose from six thousand in 1890 to six million today. But even if we don’t want to see “the flood as punishment for human sin,” the Noah story still resonates: “Fifteen thousand years ago, carbon dioxide levels increased rapidly and so did the height of the sea.” Geologic history, Rush tells us, shows that sea levels don’t tend to rise gradually but in “rapid surges” that scientists call “meltwater pulses.” Fifteen thousand years ago something called “meltwater pulse 1A occurred.” Back then, human beings didn’t have language, but “[i]f they were among those who walked onto the ark, they could tell their children about the world before the water … And their children could tell their children, and a ten-thousand-year-long game of telephone would begin.” In the Bible, then, we might find a premonition of our future.

While Lauren Groff’s National Book Award-nominated short story collection Florida (2018) does not directly depict sea level rise and its attendant floods, the book nonetheless builds up a picture of a saturated state, where snakes hide in the water and the humidity is accompanied by a pervasive dread. The book’s characters live with unbearable pressure, but one that must nonetheless be borne. When storms come, battering the houses, their inhabitants are visited by ghosts, apparitions flying through the wind and rain to run emotional audits on those still alive. This sense of reckoning is common in flood literature, another legacy of the Noah story. It’s strong in Babst’s The Floating World, where the flood comes to confront America with its sins: “It had acted as if with the intent to swallow, to smother, to ruin, to uproot, but most of all, to lift. It had raised sewage, dirt, poisons, furniture, cars, homes, families high above the ground as if to allow God to get a better look, and the things He rejected it had dropped, left them strewn in ruined piles.” Of course, this being America, punishment for those sins is meted out on those least responsible: the poor, those who cannot flee.

It’s hard not see these fictions as registering – explicitly and implicitly – a kind of existential despair as America is forced to come to terms with its future, with the realisation of expansion’s limits, with the confrontation of forces greater than the will of its settlers – with humility. This might even be part of what makes Trump seem so egregious: the total failure to see what’s coming; the absolute hollowness of his boasts. Yet, as Rush points out, America is a confounding place; its future might not be as grim as the present suggests. America, as she puts it, is “both accursed and holy.” And in “the retreating residents” of Staten Island, she sees “an example for the rest of us to follow.” In “reforming” the American narrative, they are “less victims than agents,” the authors of a new story in which “the community, and the home it provides, [is] remade from within.” One gets a sense, reading Rush’s book, that America’s future depends on the extent to which Reagan’s narrative of enterprising growth – the “ports humming with commerce” – can be replaced with that being written by the flooded householders of New York’s island borough. Given that there are new skyscrapers going up even today in a Miami that may be anywhere between one and 300 feet under water in seventy-five years, that is in no way guaranteed. But if they succeed, they will find a way for America “to continue to be itself, albeit in a slightly different location.”

Mark West is a critic and researcher based in Glasgow. He is an editor for the Glasgow Review of Books and his book reviews and criticism have appeared in 3:am Magazine, Review31, Gutter: The Magazine of New Scottish Writing, The State, and The List. Since participating in the Emerging Critics programme he has also reviewed for The Herald. He is currently working on his first book.