Warning: session_start() expects parameter 1 to be array, string given in /home/customer/www/scottishreviewofbooks.org/public_html/wp-includes/class-wp-hook.php on line 303
 Miss Universe – Scottish Review of Books 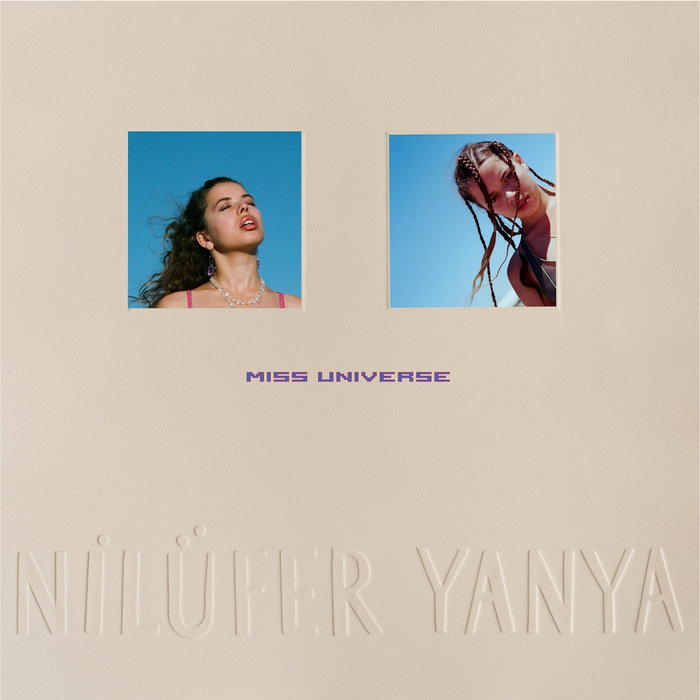 ‘Sometimes my mind plays tricks on me and I get trapped,’ Nilüfer Yanya says about her latest single ‘In Your Head’. The song, a blissful pop-rock earworm, is the opening number of her highly anticipated debut album Miss Universe. ‘What’s interesting to me, and what I think I was trying to get at,’ she continues, ‘is the illusion of freedom.’

‘In Your Head’, like much of the album, emanates ideas of paranoia and anxiety, with its euphoric pop soundscape subverted by lyrics that spotlight a subtle sense of insecurity. Tracks flit between her soul and jazz influenced melodic lines to raw and unpolished scatterings of electronic and guitar-driven grungy elements, adding something new to her characteristically intimate sound. In many ways, Miss Universe is a study in channelling something deeper and more sonically ambitious.

The jazz-pop feel of ‘Paralysed’ is emphasised by the staccato stabs of a muted guitar line, Yanya’s timbre oscillating between apathy and passion. There’s a vulnerability here that is exposed in the higher pitch of the chorus. ‘Angels’ similarly makes use of muted, harmonic riffs in an effort to build a textured verse-chorus-verse structure to further acknowledge the album’s permeating anxiety. The theme is reiterated not only in the album’s tracks, but in the spoken word interludes which exist as sarcastic automated messages from a fictional health management company, appearing at points when the album changes course or the narrative is pushed forward. ‘Attention please, this is a temperature control announcement.’ Says the robotic voice hurriedly on ‘Warning’. ‘You are now entering a high temperature zone. It is advised you wear the gloves and goggles provided at all times. Failure to do so may cause body parts to melt.’ It’s an odd addition to Miss Universe’s overall form but one that exists to provide some breathing space, positioning the album as a meditative tool for Yanya and by extension, her listeners.

Elsewhere on the album, Yanya’s live bandmate Jazzi Bobbi’s solo saxophone swoons around her hushed vocals, as on ‘Paradise’ and ‘Melt’, with its jazz-funk drum machine beat. There are gentler moments throughout, for example on ‘Baby Blu’, where the vocals are accompanied by a piano and some quiet percussion. A definite album highlight, it’s an atmospheric song that ebbs and flows with multiple layers of instrumentation and harmony, gradually building to bustling activity. Likewise, ‘Monsters Under The Bed’ is hauntingly simple, with its soft strumming and feelings of restraint leaking into next track ‘The Unordained’.

Having gradually released a handful of singles since 2016, along with debut EP Small Crimes and the follow-up Plant Feed, Yanya has amassed a following with her effortlessly cool sensibility. The closing track of Miss Universe, ‘Heavyweight Champion of the Year’, has made frequent appearances in recent live setlists, its stifled rage and piercing guitar line delivered under Yanya’s erratic vocals, simultaneously whispered and spat out with urgency. ‘”Heavyweight Champion…” for me is about reaching my own metaphorical bar,’ she says about the track. ‘I imagine it sometimes in my head as drawing a line around me and the outside world – a form of self protection and preservation.’

Yanya’s power as a performer is abundantly clear, but if ‘Heavyweight Champion’ is ‘a form of self protection’, the whole of Miss Universe and the lead-up to that track is an exercise in giving a little extra while still proceeding with caution. The dichotomy between edginess and restraint is blurred so that there is a tension that runs throughout; a controlled confidence that blends Yanya’s natural talent as a songwriter with her ability to create cadences that flow with emotion.

Arusa Qureshi is the Editor of The List. She completed her MSc in Magazine Publishing in 2016 and was the winner of the Postgraduate Student of the Year award at the 2016 Scottish Magazine Awards. She writes mostly about music but has a particular interest in exploring diversity and accessibility within arts and culture.