Warning: session_start() expects parameter 1 to be array, string given in /home/customer/www/scottishreviewofbooks.org/public_html/wp-includes/class-wp-hook.php on line 307
 Culinary Pleasures – Scottish Review of Books 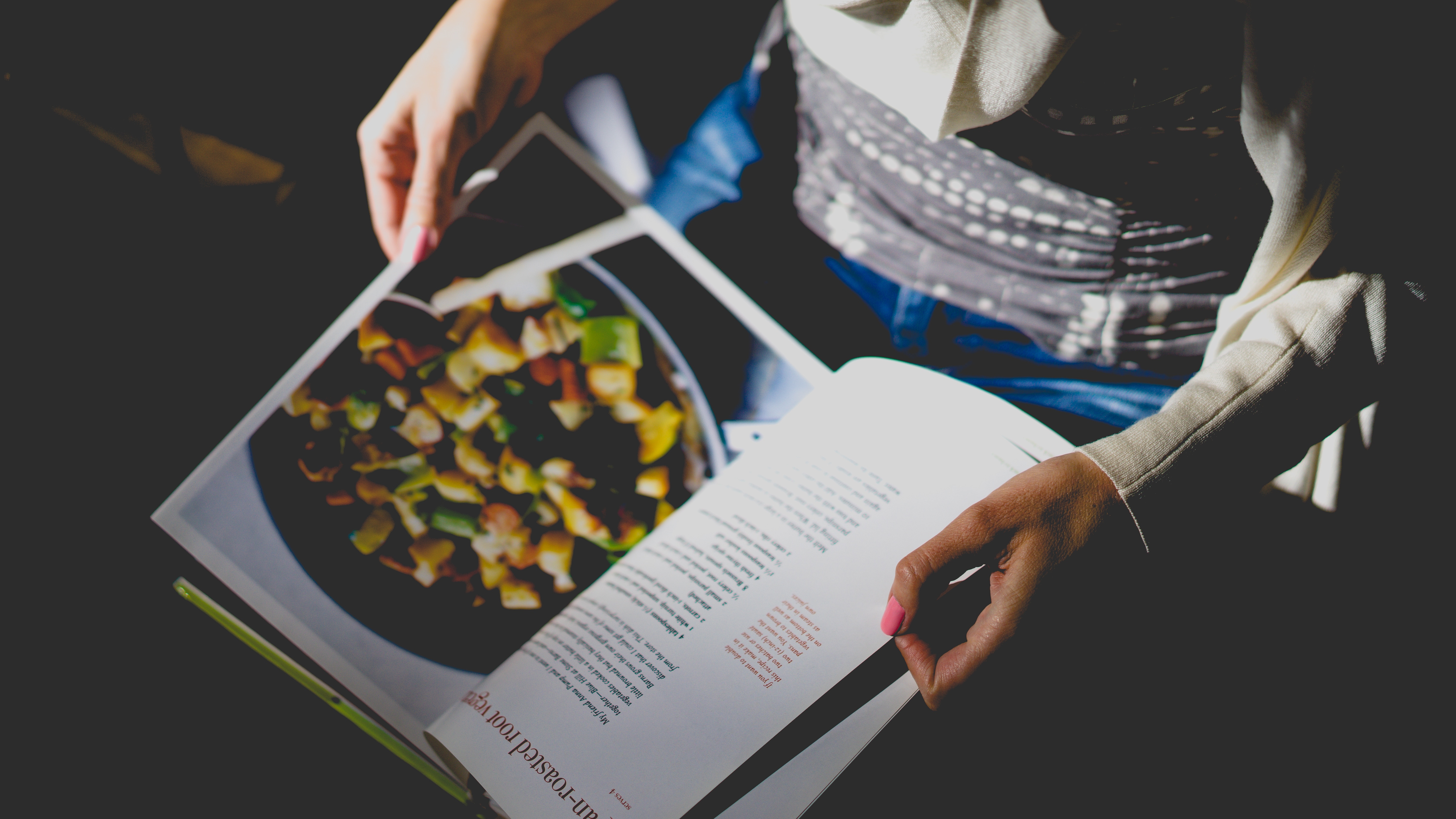 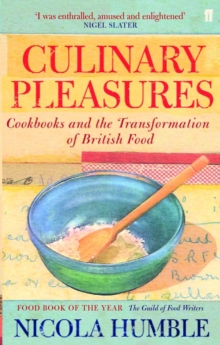 Culinary Pleasures : Cook Books and the Transformation of British Cuisine

Culinary Pleasures is a lively and insightful history of cookbooks in Britain in six chapters, beginning with Mrs Beeton’s authoritative Book of Household Management (1861) and culminating in Nigella Lawson’s delectable How to be a Domestic Goddess (2000).

Humble is careful to point out that a cookbook is not a straightforward representation of what is eaten at any given time, but an intervention into cooking habits. Cookbooks are often responding to changing economic or social circumstances, such as the demise of servants, the introduction of rationing, and the increased use of convenience foods. Humble is also clear that recipes are far more likely to be read than they are to be made. So why do we read cookbooks if it’s not to make the recipes?

Cookbooks, of course, are aspirational as well as practical, and this is nothing new: even the doughty Mrs Beeton, with her sensible soups for convalescents and ideas for making use of leftovers, includes a recipe for elaborate and expensive turtle soup – which involves bringing a live turtle into the house and decapitating it before you even begin!

Whilst many Victorian cookbooks have a moral element to them, suggesting how a good wife and housekeeper ought to be running a home, by the early twentieth century cookbooks have evolved a more Bohemian feel, celebrating cooking as an artform and as an opportunity to express one’s individualism. As foreign travel became easier, there was a greater interest in food from other countries, although recipes were often adapted to suit British palates.

The two world wars dramatically changed both the tone and appearance of cookbooks, with luxurious, illustrated books giving way cheap, cramped pamphlets that emphasised the importance of thrift and nutrition. Rationing (which wasn’t fully eased until 1954) had a huge impact. Despite the privations, Humble notes that most historians agree that by the end of World War Two Britons had never been so healthy. Food may have been less interesting but small quantities of meat, eggs and milk were available to all, and on average children were taller, their teeth stronger, and there were fewer instances of scurvy and rickets.

After rationing came a desire for more interesting food and Elizabeth David was one of the most influential post-war food writers. Her recipes are precise and often simple, but she uses the finest ingredients from the Mediterranean. Whilst not the first to champion this type of cuisine, she evokes the sun-drenched flavours of these warmer climes in such stylish prose that her books have never fallen out of fashion.

The 1950s and 60s were decades of further social and political change, and heralded the advent of convenience and freezer foods. In response, the 1970s brought a flurry of books influenced by the wholefood and vegetarian movements, with pioneers like Jane Grigson advocating local, seasonal food, a style of cookery continued to this day by writers such as Rose Elliot and Hugh Fearnley-Whittingstall. This trend seems likely to continue given our current concerns about pesticide use, animal welfare and climate change.

The 1980s were a decade (for some) of wealth and conspicuous consumerism, manifesting itself in food terms as ‘nouvelle cuisine’: fussy restaurant-style dishes served in tiny portions which prioritised appearance over taste, and which didn’t translate well to home-cooking. Although there are still some traces of its influence to be found in books by professional chefs such as Simon Hopkinson and Marco Pierre White, on the whole the 1990s rejected fuss in favour of comfort. Writers such as Nigel Slater and Nigella Lawson emphasise the pleasurableness of cooking and eating, and their writing is sensual and evocative in a way that makes them a joy to read as well as to cook from.

What’s apparent in Humble’s history is that food cannot be considered separately from the changing role of women in society. Until the 1960s cookbooks were mostly written for women, but as more women went out to work, cookbooks aimed explicitly at men appeared including Len Deighton’s Action Cook Book (1965) which uses photographs to demonstrate cooking methods and Donald Kilbourn’s Pots and Pans: Man’s Answer to Women’s Lib (1974) which goes out of its way to emphasise that cookery is a serious activity: ‘Cooking is basically a production job that is concerned with converting raw materials into a finished product. It is not cissy.’ Though this macho reassurance may strike twenty-first century readers as faintly hilarious, it’s echoed in Jamie Oliver’s laddish tone and references to cooking with his ‘mates’. However, Humble also praises Oliver’s knowledgeableness and his commitment to improving the culinary skills of the population as a whole.

Delia Smith is a publishing phenomenon (and ingredients recommended by her regularly sold out the day after an episode of Delia on TV), but Humble relishes the insults heaped on her by other food writers: ‘her work is highly derivative, her recipes tested to the point of lifelessness, and her television performances bland and wooden’. Humble does little to defend her, but perhaps Delia needs no defenders – many British home cooks feel they are on first name terms with her and know they owe their mastery of basic cooking techniques to Delia’s clear, reliable recipes.

Each chapter ends with a selection of recipes from the books discussed. Not all of the recipes will appeal to contemporary cooks – ‘Larks à la Ripon’ from Mrs A.B Marshall’s Cookery Book (1888) requires (as the name suggests) the cleaning and boning of many small birds. Jane Grigson’s ‘Wild Corn Salad’ from The Vegetable Book (1978) is more of a lifestyle choice than a recipe, detailing how her family pick wild lamb’s lettuce from the hot flint wall that buttresses their house in France. All right for some.

In her conclusion, Humble claims that the British have long been ashamed of their culinary heritage, but a closer examination shows that it has always been international in its influences, and not the insular, unimaginative tradition of suet puddings and overcooked joints of meat that we may assume. The chronological structure of Culinary Pleasures means we’re introduced to book after book, and author after author, which could easily feel relentless, but Humble keeps her tone brisk and her analysis entertainingly opinionated. The book is extremely thoroughly researched, with extensive notes and a lengthy bibliography, but Humble’s survey may be too thorough for readers with only a passing interest in food history. However, for those with the appetite for it, Culinary Pleasures is a fascinating account of changing tastes over the last 150 years.

Victoria MacKenzie was a participant in the Emerging Critic Programme 2018-19. She writes fiction and poetry and will be spending two months in Finland in 2019 on a Saari Residency. https://victoriamackenzie.net/