Warning: session_start() expects parameter 1 to be array, string given in /home/yourband/public_html/srb.swddev.com/wp-includes/class-wp-hook.php on line 286
 Volume 10 – Scottish Review of Books 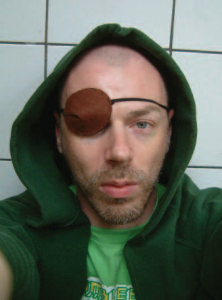 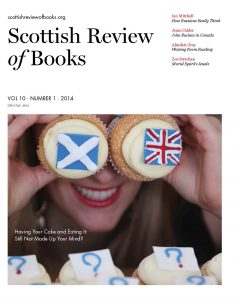 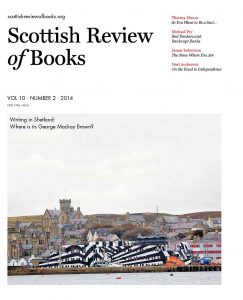 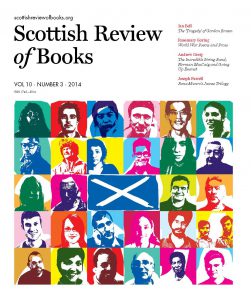 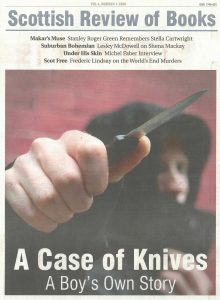 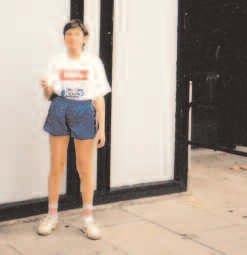 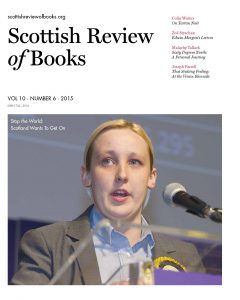 JONATHAN Swift’s Laputans had a very singular cast of vision, with one eye turned down to the ground, the other directed steadily at the zenith. This was meant as a satire on the vogue for the microscope and the telescope respectively, and of a scientism that excluded the human middle in preference for minute detail or cosmic scanning. Laputa may also have have referred to Britain’s ‘other’ island – Swift’s Irish birthplace – which floated in and out of focus in eighteenth century politics in time with its changing demands and tribulations. Lemuel Gulliver’s voyages were a reflection on and of an age of exploration and colonial settlement: America entered the British imagination with Shakespeare’s last play and hovered uneasily in the national unconscious from then until the Declaration of Independence.

It can usually be assumed that whatever their immediate object Swift’s satires were in addition directed at religion and the churches. As an illustration of what Freudians later called ‘the vanity of small differences’ it has rarely been bettered. To the prejudiced, or merely jaundiced, eye, the whole Protestant communion seems afflicted with the Laputans’ extreme strabismus and a Lilliputian willingness to fall out and then walk out over minor matters of doctrinal detail. One of the over-determining myths of recent Scottish history, now partly replaced by the Braveheart alternative, is that Presbyterianism laid a cold and denying hand on the national heart. John Knox always gets the blame, with misogyny added to the charge sheet. He’s the subject of a definitive – which inevitably means revisionist – new biography by Jane Dawson, which is noted here rather than reviewed, as being somewhat prior to the main subject. ‘Calvinism’ is adduced as part of the pathology, usually with scant understanding of what the term means.

The ocular imperfections of the Reformed churches are apparently self-evident: an obsession with small beer liturgical detail, pettifogging matters of ritual or social behaviour, and the vaguest address to an impossibly distant Almighty, viewed down the wrong end of the telescope. Add to that a cheerless compulsion to tie up swings, close pubs, moor ferries on the one day of the week most working people have a chance to get out, and above all an intrusive obsession with what those same ordinary people do with each other before they get up. Sex-denying, joyless, punitive. It’s a heavy reputation to carry. The most famous Laputan had spent eight years trying to extract sun-beams from cucumbers to be put in vials and let out to warm the air in raw inclement summers. No such benefice from the Scottish churches, who seemed to prefer the rain. This was the spirit that supposedly lay behind the Kailyard, the much-derided school of Scottish writing, seemingly dominated by ministers, that was swept away by Hugh MacDiarmid (from whom the phrase about the wrong end of the telescope is pinched) and the early twentieth century Scottish Renaissance, which threw back the dusty curtains, let in the light, and scared away the ghosts of Knox and Calvin and S. R. Crockett.

So it runs. But no less revisionist than Dawson’s Knox are the two other books here. They both give prominent place to that splendid word ‘fissiparous’ and Andrew Muirhead in particular gives substance to it with a sometimes bewildering but brilliantly presented history of Scotland’s many sects and secessions. He also re-presents the history of the Scottish churches, largely omitting the Roman Catholic and giving only a minimum of space to the Episcopalian, as a complex locus of serious intellectual endeavour, dogged social activism and considerable generosity and freedom if spirit. Fissiparousness, whether of religion or of left-wing politics, tends to be dismissed as a token of small-mindedness, when very often it is an expression of honesty, courage and principle. And when viewed on a larger scale, it becomes clear that what were in their country of origin demographically tiny sects often wielded considerable influence when translated to the young United States. A remarkable number of influential American communions have Scottish origins.

Alistair Mutch, albeit with a much shorter historical sweep and geographical sample, goes even further. If it seems improbable that a history of eighteenth century Scottish Presbyterianism should be written by a professor of information and learning, all becomes clear when Mutch sets out (in a chapter he perversely invites some readers to skip if it doesn’t appeal to them) a methodology and background that intends to concentrate not on the confessional aspects of religion but its micro-contexts and on religion as a social practice, ‘especially on the routines that were necessary to put beliefs into effect’. His argument, to compress it considerably, is that the modern Scottish spirit has been shaped significantly by the Church of Scotland’s habit of systemic accountability. Another significant but often forgotten aspect of Scottish exceptionalism was the existence of a unique ‘O’ grade in arithmetic. Accountability has acquired a narrow definition of moral answerability, but it also involves accounting (narrative) and accountancy (making the pennies add up). Robert Burns was for a time bound for a career as bookkeeper in the Caribbean and would have been no less representative of his race if he had sailed. Central to both of these accounts, though, is a national inclination to document and, where necessary, disseminate activities from the smallest and most local level to the top. To widen the focus sharply again, Mutch allows the possibility that the principles of voluntarism, careful separation of doctrinal and political issues, and an organisational structure that runs from parish (with its freely chosen minister) to presbytery to General Assembly made a significant impact not just on the emergence of democracy in the colonies from Rhode Island to the Carolinas, but more generally on the constitutional formation of the United States.

Both Mutch and Muirhead depend heavily on what the historian Tom Devine has identified as a national propensity to publicize achievements widely in press and in books. It is noted that the very first book on management theory was published in 1832 by a Glasgow mill owner and devout Presbyterian, James Montgomery. This willingness to disseminate good practice gives both authors a massive archive on which to draw. Muirhead uses an impressive array of denominational records. Mutch concentrates substantially on the pattern and content of parochial visitations and the questions asked about ministers: ‘Preacheth he sound doctrine, so far as you understand?’, ‘Spends he in his sermon much time in repetition of what he had before?’, ‘Studies he to be Powerful, and Spiritual in Preaching sensibly to your Consciences…’

The two ancestral figures who loom over Mutch’s methodology are Max Weber, whose main thesis connected The Protestant Ethic and the Spirit of Capitalism, and Michel Foucault, who anatomised social power not through abstract intellectual history but through the minutiae of everyday practice. Weber’s application has been challenged, on the grounds that Calvinism (here we go again) was in place in Scotland as early as the sixteenth century while capitalism only emerged a century and more later. Mutch leaves the original thesis pretty much intact, arguing again for ‘a systemic cast to Scottish thought and practice that seeks to work from first principles and build elements into a coherent system’. He is rightly cautious about making general reference to a national spirit or tradition, citing the amusing example of Jethro Tull vocalist and flutist Ian Anderson, who was described by a band member and fellow-Scot as reflecting the ‘Presbyterian’ morality of his upbringing, albeit Anderson is an agnostic and possibly atheist. His family was also, inconveniently, Episcopalian, suggesting that caution in the broad-brush usage of ‘Presbyterian’ or ‘Puritan’ as descriptors is advised.

On the face of it, Muirhead has a less formidable task and in style Reformation, Dissent and Diversity offers a more straightforward and less academic survey. But it has four centuries to cover and a cast-list of denominations and secessions that requires frequent reference to a flow-chart at the back of the book. Who, for instance, can confidently trace the narrative of the original eighteenth century Secession from the Church of Scotland, the subsequent division into Burgher and Anti-Burgher parties, each with their own Old Light and New Light wings and the return to the established fold of the Old Light Burghers just before the great Disruption of 1843, while the New Lights of both persuasions reunited to form the United Secession, drawing in the marvellous Relief Church to form the United Presbyterians who met up with the Free Church in 1900, leaving in all cases rumps and residues who declined to swerve from the path of doctrinal purity or have any truck with establishment?

To this may be added an astonishing array of smaller denominations and in some cases non-trinitarian churches that have had some impact on Scottish life. Muirhead gives us something on (and this is a partial list): Apostolic Faith Churches, Bereans, Cameronians, the Catholic Apostolic Church, Chartists, Christadelphians, Churches of God, Congregationals, Covenanters, Elim Pentecostals, Gibbites, Glasites, Mormons, Quakers, Unitarians, the Evangelical Union, Church of the Nazarene, and a score more, larger and small. He intersperses longer historical overviews, brilliant in chapter seven’s run from ‘Disruption to Diversity’, with more specific accounts of individual denominations and their relationship (or not) with the established church or the dominant Free Church. He stops at 1960, frustratingly but for the hope that he has the energy for a further volume, but logically in that it finds the Church in Scotland at a high water mark, the evangelical spirit recharged by Billy Graham’s Tell Scotland mission, and pre-Conciliar Catholicism poised ready for its greatest self-examination since the Council of Trent.

In the process, Muirhead demolishes a good many toxic myths about the Reformed churches in Scotland. That in the nineteenth century ‘everyone’ went to church: simply not so, and the best estimate is that only about a third of the population was formally churched. That the Church of Scotland was obsessed with sex: again, the evidence is against, and while the stool of penitence was used and sackcloth kept to hand, neither were used quite as much or as obsessively as the received image would suggest; present-day tabloids are far more prurient than the Church. That the Free Kirk has always been conservative or at worst a seat of intellectual narrowness: in the late nineteenth century parts of it were, in Muirhead’s words, ‘at the leading age of radical theological thought’. The case of William Robertson Smith, who argued that the Bible should be examined critically, not believed word for word, is illustrative; he wrote for and became an editor of Encyclopaedia Britannica and was initially only admonished by the Free Church for his ideas. That the churches of Scotland were entirely male-dominated: not the least interesting aspect of Reformation, Dissent and Diversity is how often women come to the fore; seldom representing a majority and sometimes kept firmly in the background, but always actively part of the story.    Two remarkable books, then, and in Dawson’s a reminder of what a formidable and many-dimensional man Knox, who stands at the beginning of it all, actually was. All three read the more strongly in the present situation for their insistence, implicit and explicit, that the Kirk and its offshoots have represented, for good and/or ill, a major force in the creation of Scottish civil society, imposing not just liturgical protocols and sometimes obscure social practices and taboos but a shaping a cast of mind that for five centuries has made Scotland punch far above its weight, intellectually and creatively, on an international stage. Neither Lilliput nor Laputa after all.