Warning: session_start() expects parameter 1 to be array, string given in /home/customer/www/scottishreviewofbooks.org/public_html/wp-includes/class-wp-hook.php on line 307
 A LAW UNTO HIMSELF – Scottish Review of Books 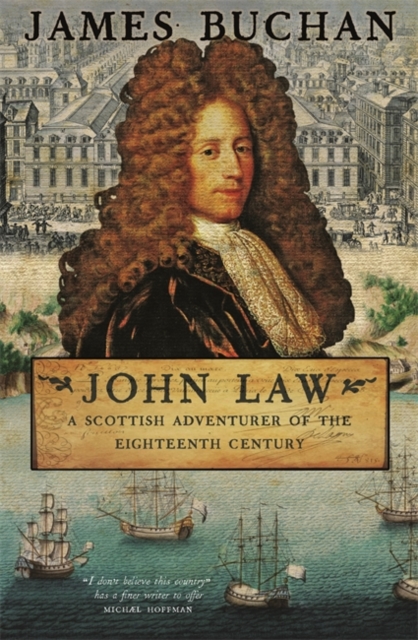 John Law: A Scottish Adventurer of the Eighteenth Century

James Buchan’s biography of John Law is a thing of biblical proportions but it still comes with a bonus card inside. One side of the card has a series of short hymns to Buchan’s abilities as a writer and his facility for making difficult subjects accessible. The other has some ‘facts about John Law’.

These include the fact that Law was from a family of Scottish silversmiths; that he killed a man in a duel in London; spent his life as an outlaw on the continent; lived from gambling and financial innovations and was taken on by France in 1716 where he attempted to repair its finances by launching the greatest stock market speculation of all time, i.e. the Mississippi Bubble. He was briefly the richest private citizen in the world, owning twenty-two private estates in France and tracts of North America. Law was caught up in a ‘Jacobite web’ and fled France pursued by creditors. He died impoverished in Venice. Fact number six says that Law ‘developed ideas about the nature of money that, though considered diabolical at the time, have since the 1970s all been adopted’.

These ‘diabolical ideas’ included the notion that money has no intrinsic value and does not require specie. Law embraced the use of banknotes and foresaw such ‘modern’ economic ideas as Keynesian stimulation and ‘quantitative easing’. He was a rake, a speculator, a millionaire, a convicted mur-derer, an economic theorist and Controller General of the Finances of France which should make him a natural subject for biography. The facts card, however, seems to imply that Law is a neglected figure whose story is in need of priming.

There are relatively few accounts of Law’s life and the ones that exist approach him from particular angles. His contemporary Daniel Defoe, with a typical absence of humility, set out ‘The Case of Mr Law Truly Stated’. More recently, Irish academic Antoin E. Murphy’s John Law: Economic Theorist and Money Maker was concerned with restoring Law’s reputation as an important economic theorist. This approach contrasts with that of the National Film Board of Canada which produced an animated short called John Law and the Mississippi Bubble. Here Law is portrayed as the leader of the most sensational ‘get rich quick scheme’ in history. He arrives in France playing the bagpipes and lumbered with an accent that lurches between Stanley Baxter and Sean Connery. His paper notes and inflated share prices makes paupers into princes but, when the process reverses, he slips away. He is last seen still carrying his bagpipes, now silenced.

Somewhere between academic diligence and animated frivolity there’s a place for a well researched, popular, comprehensive biography of John Law and Buchan’s is certainly that. Five years in the making, it ‘was written from unpublished sources in eight languages, including court documents in Edinburgh, the Jacobite papers at Windsor Castle, French and Venetian police reports, Genoese and Dutch bank ledgers and more than two hundred autograph letters in family archives and municipal collections in Europe and North America’.

The first thing Buchan does with all this is to re-establish Law in one of the places where he is most neglected – his homeland. Law became Law of Lauriston after inheriting the family estate his father purchased at Cramond. There are only two portraits of him in the National Galleries of Scotland, one by a German and another by a French artist. Plug his name into the recently published Sustainable Growth Commission (or indeed the 2013 White Paper ‘Scotland’s Future’) and you will come up empty. Yet three centuries ago, Law has something to say about the control of currency which, both the commission and the white paper concluded, should be held furth of Scotland. Law believed that you should not limit the industry of the people by acquiescing in the use of a currency that someone else controls. Rather, it should be managed close to home and in the national interest.

Money and Trade Considered; with a Proposal for Supplying the Nation with Money was published after Darien and before union. As Buchan puts it Law ‘asked what money is and then asks how to create it for the exigencies of the Kingdom of Scotland in 1705. He proposes an issue of paper money, secured not on deposits of silver (as in the Bank of Scotland) or the promises to pay of the King (as at the Bank of England) but the direct and indirect source of all wealth at the time, which was land’. Not just land, but productive land which would stimulate ‘trade’ by which Law meant the economy. Scotland, he believed, had natural advantages over places like Holland ‘but men and women, “arts-men” (craftsmen), lands, buildings and vessels lay idle for want of money to set them in motion or use’.

The idea that Scotland does not make the best of ‘the labour of its people and the fruits of the earth’ echoes down the centuries, but by the time Law made a pitch to the Scottish Parliament his proposal had been watered down to the appointment of forty commissioners with the authority to ‘coin notes’. It was heard against the wishes of Andrew Fletcher of Saltoun who considered such things ‘shoals and shams to ruine the country and enslave the nation’. Others believed that Law’s project distracted from the main question – whether or not to enter the treaty of union. Law reworked it to include a joint stock company and a ‘Land Mint of Scotland’ but to no avail. His ideas were rejected as ‘unfit for the nation’ and he left Scotland six months before the articles of union were signed.

Buchan assiduously tracks Law through Holland, Genoa and France as he continues to pitch his economic theories and offers to establish private banks and make stock issues. He was an inveterate gambler who bet on the outcome of real tennis games in Scotland and developed his facility for dice while moving through Europe. He not only played lotteries but insured others against the possibility of not winning them. Buchan reproduces an advert Law took out in the Gazette d’Amsterdam in 1712 in which he ‘offers to insure prizes for those who have tickets in the Lottery of the Genarality to be drawn on the 12th of this month’. His skill at odds-weighing was later analyzed in a treatise on probability written by a Dutchman. Buchan considers that Law paid for the treatise himself as an exercise in self-promotion.

Law’s ‘all-in’ character, as Buchan puts it, appears to be his one consistent trait and was both the making of him and his undoing. In France his ideas on banks, paper money and trade finally found a willing listener in the form of the d’Orléans, Regent during the minority of Louis XV. France was crippled by war debts and Law promised fast relief. However, he was now in thrall to absolutism which underpinned his establishment of a national bank, provided the initial support for his ultimately disastrous Mississippi adventure and protected him from his enemies, including those in the Parlement of Paris.

As the Canadian animation suggests, the general outline of Law’s Icarian flight across France is relatively well-known but Buchan’s skill as a researcher throws all kinds of fresh light on the man himself. Anyone who was anyone in France seems to have had something to say about him. He was being spied on by fellow Scot and British envoy the Earl of Stair and Buchan uncovers various cross-channel communications that consider Law to be a threat to the political and financial stability of the newly formed union. Voltaire couldn’t quite make his mind up about Law. He asked if he was a God, a crook or a charlatan and dismissed him in verse as ‘a crafty Scot… who writes on scattering leaves our lot’. However, Buchan notes that Voltaire eventually came to see Law ‘as a forerunner or Baptist of his own mission to lift France from its mental torpor’.

Buchan describes Law at the height of his powers as having transformed the France of kings and convents into a corporation of his own devising, answerable to a board of directors and an assembly of shareholders’. This is a nice tip of the hat to Jean Brodie’s notional ancestor William who ‘died cheerfully on a gibbet of his own devising’. Law was fortunate to escape a similar fate as the Louisiana colony he established as the trade arm of his economic ‘System’ became a dumping ground for ‘vagabonds, vagrants, smugglers and criminals’ and his paper money and shares were rendered worthless. The most powerful man in France after the Regent became the ‘most hated man in France’ and Law fled the country with his reputation shredded and his fortune disparu.

Even with the benefit of this wonderful book with its wealth of new information and masterful storytelling, it is difficult to know what to make of John Law. At 16 he sued his widowed mother in Edinburgh for failing to support him though she claimed that he ‘without any offence or provocation has laitely deserted my famlily’ (sic). In Bloomsbury Square eight years later, he stood over a man whom he had just mortally wounded in the stomach. In France he left a trail of personal and financial destruction. Any of these could have put him beyond the pale.

Yet his personal courage was often remarkable. His original vision for Scotland’s economic future had a common humanity in it with the country’s success depending on the active contribution of all. In France he provided financial relief for destitute Jacobites and the plague-stricken city of Marseille even though he was not a Jacobite and there were those who believed that it was his international trading that had brought plague to Marseille in the first place. In Venice his last acts included trying to make provision for his family.

In one of the portraits of Law held by the National Galleries of Scotland, he has an expression that might be described as enigmatic. It could also, perhaps, be interpreted as a smirk. 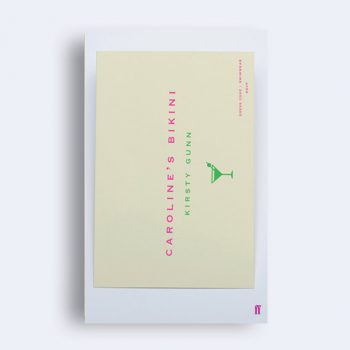 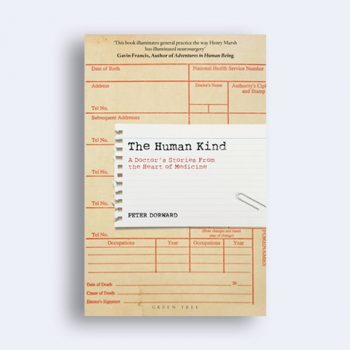 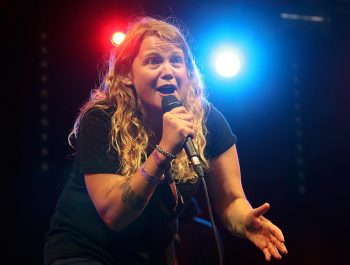 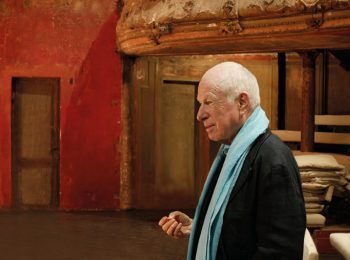