Warning: session_start() expects parameter 1 to be array, string given in /home/customer/www/scottishreviewofbooks.org/public_html/wp-includes/class-wp-hook.php on line 292
 SRB DIARY: IN LOCHINVER – Scottish Review of Books 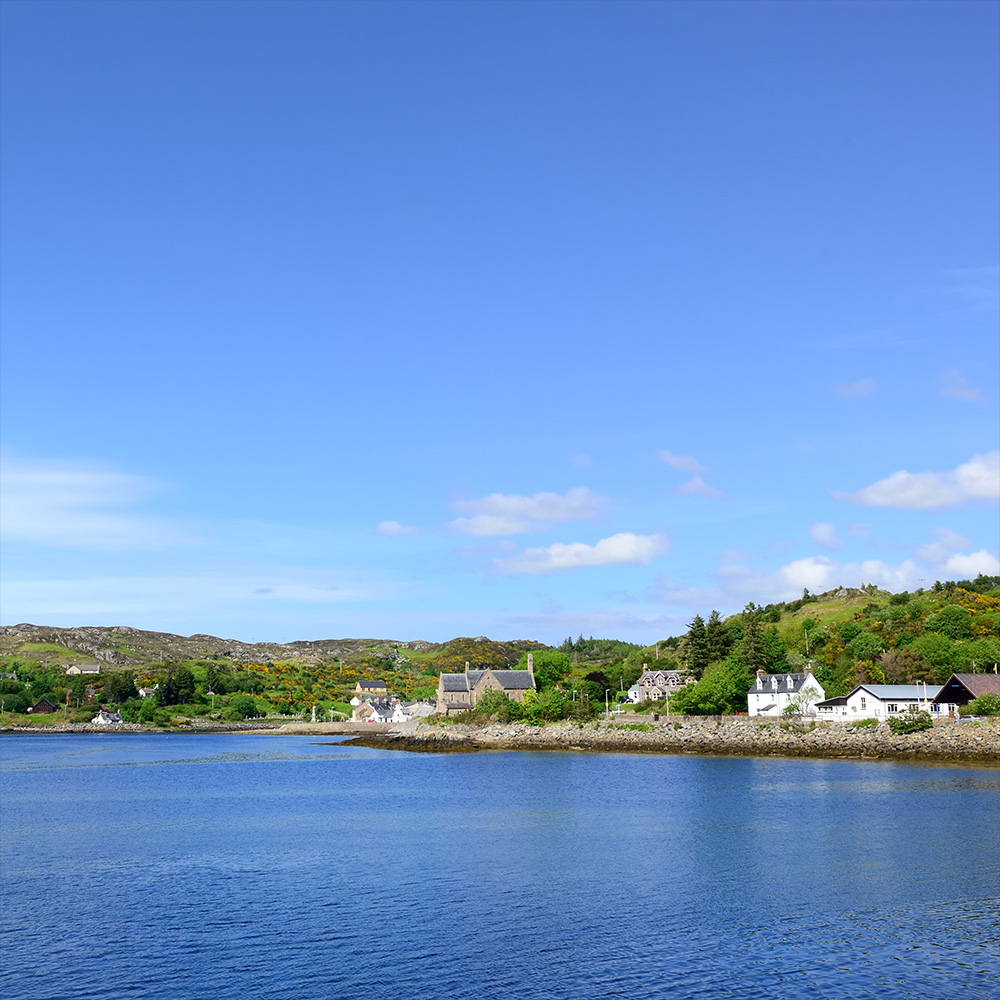 Assynt: The place is deserted until the first sunny days in spring, when out of the woodwork of come dozens of boat-people.

‘Quinuituq’ is an Inuit word for the deep patience required to survive in the arctic, where the rhythm of life consists of long still-ness broken by sudden movement: ice hanging at the front of a glacier then crashing into the ocean; long, dark winters erupting into the brief summer feasting of migrant bird swarms; a hunter sitting silently over a fishing hole for hours before being rewarded by the struggle of a catch.

Something similar occurs in Lochinver harbour. Not a lot happens for days on end, then a French or Spanish fishing boat comes in and suddenly there’s a queue of refrigerated lorries and a melee of hoses, fish boxes and engines. Likewise, over the winter, the hard-standing is full of idle, sheltering boats. The place is deserted until the first sunny days in spring, when out of the woodwork of Assynt come dozens of boat-people, up and down ladders, painting and polishing, fixing and mending, in a frenzy of readying vessels for the season. One by one, yachts and creel boats are launched back into the water. It’s all action, motion, voices, whiffs of anti-fouling and old diesel, the songs of hammers and drills and chains, good craic.

Our boat, Each Mara, is among those still waiting to go back in. She has her mast off for re-rigging, so we’re taking advantage of that to renew all the electrical wiring and the VHF aerial that has never worked properly since we got her, and while we’re at it there are ropes that might as well be replaced: the topping lift, the foresail halyard. It’s chaos inside, she’s not at all ship-shape, but the birds are singing as we go at it. ‘Each Mara’ is Gaelic for walrus (literally horse of the sea), whose characteristic behaviour is perfectly arctic: long stretches of beach-lolling in a big, blubbery, communal heap until disturbance sends the whole herd into the water with an explosion of spray and splashing shock-waves.

Five years ago, sailing in the Arctic, I hatched my plans for a novel trilogy in which the historically real Iron Age explorer, Pytheas the Greek, makes his way north to the arctic, encountering various fictional characters, including a young woman from Assynt, where we are pretty certain he visited. It also features a walrus hunter. The trilogy’s first volume bears his name.

The launch of The Walrus Mutterer has perhaps not had the drama of a walrus stampede, but gratifyingly it does not seem to have gone unnoticed by the pinniped world. I set a key walrus scene in the book, after extensive research and ground-truthing, on Sanday in Orkney. As the book went to print, a walrus appeared in Scotland for the first time in years, and I was more than a bit excited that he chose to make landfall on precisely that northerly island. As the launch day approached, so did the walrus, making his way down to the Sutherland coast as if heading for Clachtoll, where the novel begins. There has been much banter on Facebook and sharing of video footage of the ‘old gentleman tooth-walker’. For me, it has been comforting confirmation that the Iron Age is in many ways still with us.

Most historical fiction is really about now. It brings the past into the present in order to show just how the same things are still happening. People are driven by the same urges and passions as they have always been, pretty much, and sometimes a historical setting can cast those things into relief. I am interested in greed and why some people strive to have so much more than they need to survive. The Iron Age was the era when conspicuous over-consumption began. Individuals started to be buried alone, often with beloved possessions, rather than sharing communal resting places.

Pytheas travelled to the ends of the known world in search of tin, amber and walrus ivory and he would have journeyed with traders in gems, metalwork and slaves, in order to find what he was seeking. I am intrigued both by the Celtic maritime society he would have encountered and by the fact that similar trafficking continues to this day. I suspect people have, for a very long time, been wondering how much stuff is enough, how much is too much, who should profit from it and whose stuff it is anyway.

Looking into history is one way of trying to make sense of our lives and to explore questions that perplex us about our society, using a long time-frame to put the madness of today into perspective. In one of the other strands of my life I am (re)learning how to teach in Higher Education, after two decades out of the academic system. As part of my studies and reflections I was pointed to the fascinating contemplations of Abha Dawesar, an Indian novelist. She gives a TED talk (that present-day manifestation of the saying that we each get ten minutes of fame) in which she discusses that we need time in order to develop a sense of self. In particular, we need the long time-frame of a whole lifetime; our sense of self requires us to be able to see ourselves (and have others who know us) across the whole narrative arc of our lives.

Yet the long view is not enough. We also need immersion in the present to give us the experiences that will define us. We need moments of full attention to feel like real people. Dawesar equates these moments of attention with love. The relationships that make us feel valued, that teach us who to be, that help us to learn and grow and become who we are, come from moments of loving attention.

Dewasar then compares this loving attention with what she calls ‘the digital now’, where, with our handheld, ever-present devices, we are never-present, always clicking another link, continuously distracted from where we are in the physical world. We are distracted even from where we land, for an instant, in cyberspace, before blundering on. There is no flow of the immersive present in the digital world, just a series of leaping divergences.

Being at the helm of a boat is the extreme opposite. There is nowhere else to go. Attention must be constant. I find this hard, but now I understand why we sailors become so smitten by the sea.

When I’m not sailing, or writing, or teaching, I’m trying to save the world’s forests. I’ve been at this for decades and I’m afraid I have to confess that it’s not going well. If only the forestry industry focused on using trees for things with high social value, like books, voting papers and furniture. Instead, they are increasingly used for packaging and other things destined for a short trip to the rubbish bin. Even more worrying is the trending attempt to replace coal with wood for generation of electricity. As well as being no better in terms of climate change emissions this ‘biomass energy’ threatens the very forests we need for absorbing the dangerous levels of carbon in the atmosphere and giving us all the good things that grow on trees. Like books (and this magazine!).

As if we needed proof that climate change means something other than ‘global warming’, the unseasonable cold easterly and northerly winds are delaying the onset of spring. I’ve lived in Assynt for nearly twenty years and never known the primroses, always the first wild flowers, to be so late to open. Neighbouring crofters with livestock are complaining about the lack of grass. The temperature has barely risen above five degrees and nothing grows. The ewes lack the milk to feed their lambs. Deer are causing devastation in woodlands.

On the other hand, this means there is perhaps still time to get to some of the winter jobs that have remained undone while the other threads of life have unravelled from their spools. The rain and hail is washing the seaweed on the shore ready to be brought up onto the vegetable beds. The fruit bushes don’t look like they’d mind being pruned even this late. The grass isn’t growing, and that means the weeds, which are all wildflowers after all, aren’t either.

The launch of The Walrus Mutterer was a blue-sky day. I had to abandon the boat work for a session with primary school children in a tipi by the fank on Stoer green, and a walk out to Clachtoll broch, which was excavated last year. The dig revealed a snapshot of Iron Age life, caught in the moments before a catastrophic fire destroyed the 13-metre-high tower. The assemblage of objects found inside include more than a dozen lamps (it was dark in that windowless space), a knocking-stone full of grain kernels in the process of being shelled, querns and bowls, loom-weights and spindle whorls. There’s a ringed copper pin and a fragment of pottery bearing an indentation that matches it perfectly. The archaeologists have shown us lives being lived in mundane quietness until the sudden onset of the fire caused them to flee the building, apparently dropping everything as they ran.

After a sunny day at the broch, we adjourned to the Community Room for a night putting the story back into history, where I was ably abetted by Margaret Elphinstone and Ian Stephen. Margaret read from The Gathering Nights, a novel set even further back in time, in the Mesolithic era. Her spell-binding reading gave us a story of continuous ancestry, with the scenario of a child born into a family who needed to recognise her as the incarnation of someone who had lived before. Ian led us into the territory where reality and story blend, and we discussed how novelists may, indeed must, take liberties at the edges of what is known, or what is told. We create the story’s fabric from imaginative wefts woven on whatever warps we can find. This is also, of course, how we make our lives. It comes naturally. We weave or plait the many threads of ourselves together.

Boat, croft, writing, activism, family; quiet times and busy ones; they all tie together in the end. 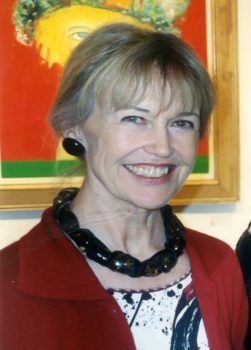 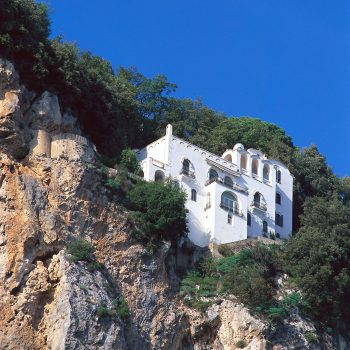 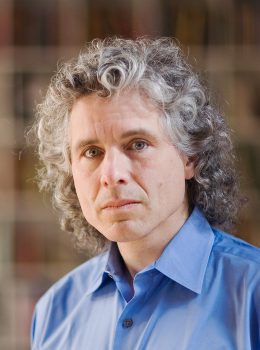 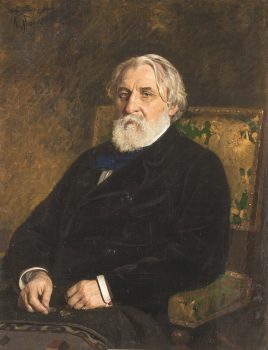 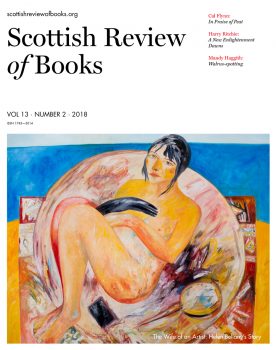