Warning: session_start() expects parameter 1 to be array, string given in /home/customer/www/scottishreviewofbooks.org/public_html/wp-includes/class-wp-hook.php on line 292
 Wooing Jimmy – Scottish Review of Books 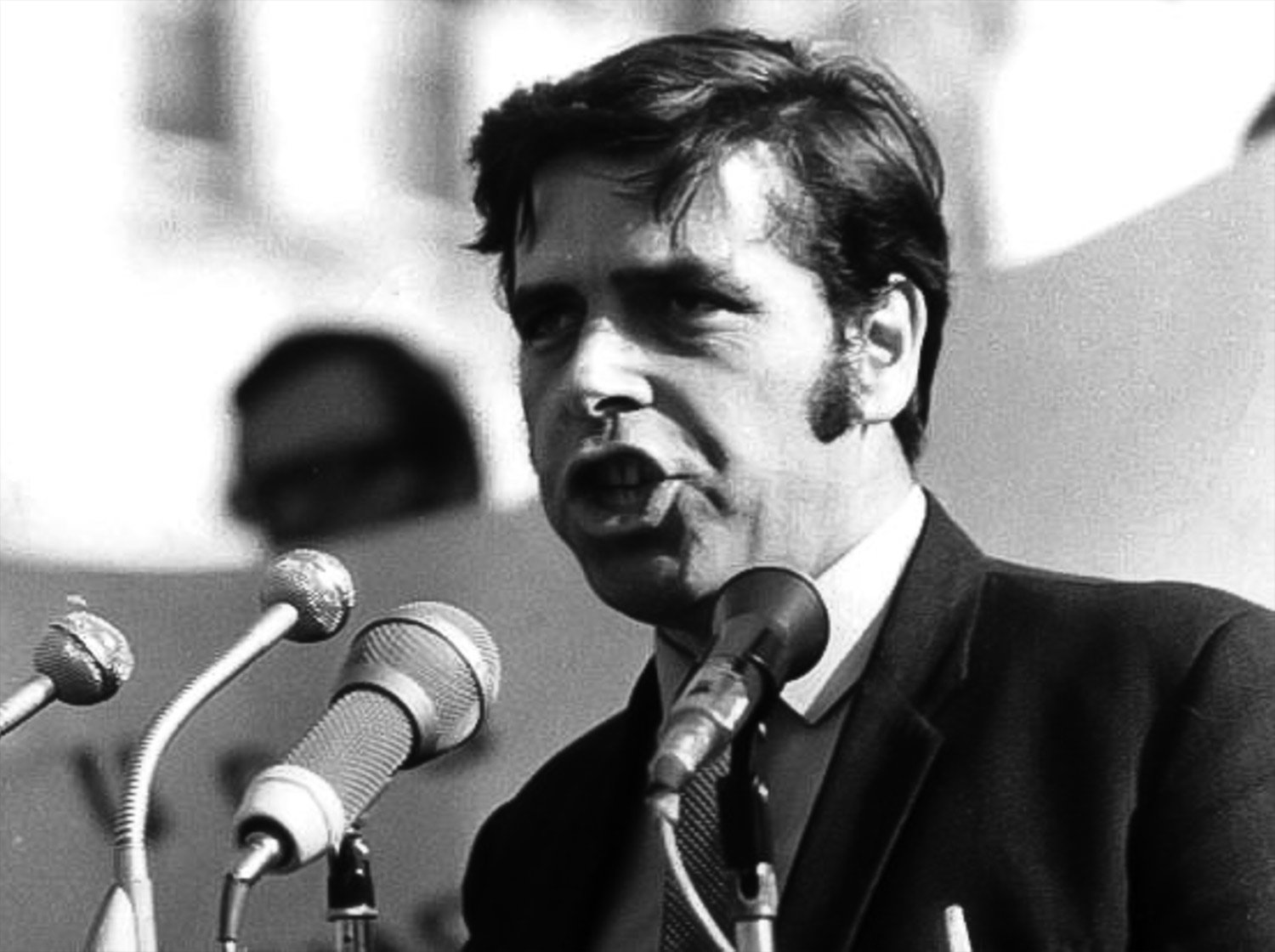 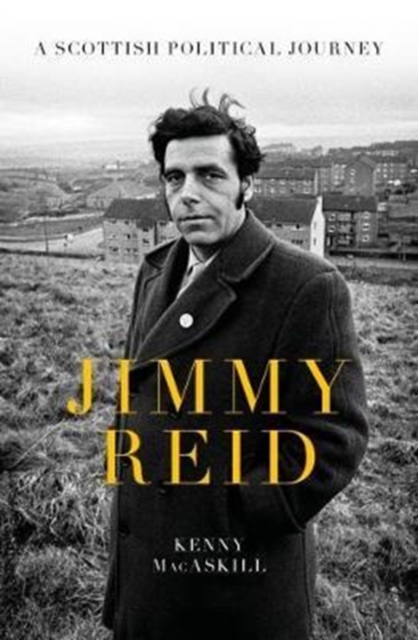 A few years ago, when the Scottish National Party was still riding high in the polls, I was chatting to a thoughtful Nationalist about the party’s tendency to co-opt figures from the Labour movement. I mentioned the former Scottish Trades Union Congress president Campbell Christie, who had passed away in 2011. My companion didn’t contradict me, indeed he declared with some ferocity that SNP ought to be ‘raiding the tombs’ even more extensively.

There had been quite a bit of tomb raiding during the long 2012-14 referendum campaign, turbo-charged by the Yes campaign’s desire to win converts from Labour-voting Scots. At one point, the then First Minister Alex Salmond claimed Robert Burns as a Yesser, while there was a long-running spat over whether Sir Walter Scott was a Nationalist or Unionist. It was all a bit ridiculous, not to mention tasteless.

‘The tradition of all dead generations weighs like a nightmare on the brains of the living,’ proclaimed Karl Marx in The Eighteenth Brumaire of Louis Bonaparte. ‘And… precisely in such epochs of revolutionary crisis they anxiously conjure up the spirits of the past to their service, borrowing from them names, battle slogans, and costumes in order to present this new scene in world history in time-honored disguise and borrowed language.’

The late Jimmy Reid would doubtless have been familiar with that quotation and, ironically, in this new biography by the former SNP politician Kenny MacAskill, it is his spirit that’s conjured up to bolster the contemporary independence movement. What the iconic trade unionist, Communist and journalist would have made of this we’ll never know, but that MacAskill thinks it important to try is worthy of examination. Subtitled ‘A Scottish Political Journey’, his biography makes much of Reid’s transition from the Communist Party of Great Britain in his youth to the Scottish National Party in the autumn of his years. So, while it has all the hallmarks of a conventional biography, indeed a perfectly readable account of his life and times, it also serves a political purpose. Its author, after all, was once a politician – most notably Scotland’s Justice Secretary – and this, therefore, is a deeply political book. MacAskill’s aim is to demonstrate that the SNP are the true heirs to Red Clydeside, the Independent Labour Party, Jimmy Reid himself, and that, furthermore, only an independent Scotland might achieve the socialism/social democracy/communism (it’s never entirely clear which) that the book’s subject desired.

Does MacAskill succeed? First, the book as biography. Reid is a good subject, a big man with, one assumes, a big story to tell, yet for some reason A Scottish Political Journey never quite rises to the occasion. As readers of the author’s occasional Herald column will be aware, he writes like he speaks, staccato-style and punctuated with often rather old-fashioned phraseology. This is fine for a tub-thumping political speech (and MacAskill, like Reid, was good at those) but on the page it quickly grates. Stories, MacAskill tells us, ‘abound’ as, alas, do clichés: political seeds are ‘sown’, feelings are ‘burned deep’ in his protagonist’s ‘soul’, by-elections (Hamilton, 1967) cause a ‘political earthquake’, ‘storm clouds’ gather (over, for example, British ship-building), while Reid’s famous Rectorial election makes ‘headlines both near and far’. Later, our hero stares ‘defeat in the face’. There’s lots of general history, padding (election results, for example, and potted biographies of socialist politicians Reid never met) and little indication of deep or original research. Chapter headings are overly literal while banal passages lumber virtually every page. ‘Despite the trenchant views he held and the robustness of debates he could participate in,’ writes MacAskill, ‘Jimmy always had time for ordinary people.’ The book is also repetitive. Several times (in a single chapter) we are told that Reid was, in the opinion of many, ‘the best MP Scotland never had’. Better editing might have helped: one paragraph even opens and closes with the unlovely phrase ‘openly sectarian and neo-fascist’. Having said all that, for those wanting a sympathetic outline of Reid’s multi-faceted career, it’s not a complete dud.

What, then, of the book’s political argument? Early on, MacAskill notes the presence of former SNP leader Alex Salmond at Reid’s funeral and, later, his role in persuading him to join the party. It has often been said that Salmond didn’t ‘do’ strategy, being a mere tactician, a bit of a gambler. Many things are true of him but that isn’t one of them: any detailed examination of his career reveals a willingness to take time over initiatives he considered important. His engagement, for example, with Scotland’s Asian and Catholic communities unfolded over more than a decade, as did his personal relationships. As SNP leader, Salmond worked on Jimmy Reid for years.

And he needed to, for as MacAskill explains, Reid had once been a ‘trenchant’ critic of the SNP, most strongly in the 1960s when he was ‘scathing’ about the party for denying any conflict between classes in Scotland. ‘Jimmy found the SNP position,’ he writes, ‘both unacceptable and unrealistic for the challenges of the age.’ At the time, adds MacAskill elsewhere, the party ‘sought to appeal to all classes and ignored the divide between the interests of capital and labour that Jimmy was rooted in’. At this point, Reid was unwilling to compromise either his socialism or his ‘unwavering’ support for a Scottish Parliament and indeed MacAskill appears to sympathize with him in this regard, casually describing Clement Attlee’s government ‘moving too far to the right’ in the late 1940s (in what way is left unexplained) while, in the following decade, we’re informed that the Soviet invasion of Hungary has ‘to be seen in context of the time’.

Reid remained suspicious of the allthings-to-all-men SNP right through the 1970s, which is understandable given the party’s ‘relentless’ attacks on him and his ‘communist background’ when he contested both the February and October 1974 general elections on behalf of the Labour Party. In the 1980s, meanwhile, Reid puts his faith in Neil Kinnock, but that doesn’t last very long, for Kinnock wasn’t very interested in devolution and that, in Reid’s view, was non-negotiable. And so, alongside his continuing media work (which MacAskill explores in one of his better chapters), Reid’s ‘journey on a Scottish road to socialism began’.

That assertion, it has to be said, assumes rather a lot, chiefly that devolution in itself was somehow going to lead to socialism in one country, and also that the SNP – the eventual end point of Reid’s ‘journey’ – was a socialist party. Both are highly problematic, yet MacAskill only rarely indulges in nuance or deeper analysis of these points. There is only black and white, no biographical shades of grey. Indeed, the chapter entitled ‘Steps on the Scottish Road’ sets out an orthodox Nationalist account of 1980s Scottish political history. The election of Mrs Thatcher in May 1979, naturally, represents a ‘bitter blow’ to Reid and ‘much of Scotland’ (except the near third who voted for the Scottish Conservatives). All the standard myths are recycled, including it ‘becoming evident that a Scottish Parliament was needed to protect Scottish society and its economy’ (despite any contemporary scheme excluding significant economic devolution), Thatcherism (despite its origins at St Andrews University) being ‘an alien political culture’ imposed on Scotland. And so on. MacAskill even claims the SNP was later perceived as ‘the party most associated with the restored Scottish Parliament’, an astonishing assertion given it had (along with the Scottish Tories) formally opposed the idea between 1979 and the 1997 referendum, only belated jumping on the devolutionary bandwagon.

But then the point of all these broadbrush strokes is obvious, for otherwise Reid’s eventual membership of the SNP looks rather odd. Unsurprisingly, Reid is later ‘disgusted’ by the direction taken by Tony Blair’s New Labour and ‘appalled by the Iraq War’. But despite attempts by the newly-formed Scottish Socialist Party to enlist Reid – and they’d have provided a more obvious home than the SNP – he’s instead ‘wooed’ by the ‘charming and charismatic’ Alex Salmond, with whom he bonded over a ‘shared love of politics and horse racing’. The ‘ever-audacious’ Salmond even sends Reid a party membership card on his seventieth birthday.

Here the essential weakness of MacAskill’s analysis becomes apparent. The ‘progressive stance’ of the SNP under Salmond, he writes, had begun to appeal to Reid, for ‘the party was a substantially different entity to the one that Jimmy had criticized so caustically in the past’. Really? Perhaps sensing he’s on shaky intellectual ground, MacAskill adds a caveat: ‘It may not have been the socialist party that he had hoped for in ruminations years before, but of the options available, it was the one to which he was becoming most sympathetic.’

Reid’s conversion to organized nationalism took place between 2004-05, the point at which Salmond made his dramatic comeback as SNP leader and at the height of what might be called his ‘neoliberal’ phase. In a series of lectures at Strathclyde University, Salmond had recently articulated his enthusiasm for the ‘Laffer Curve’ – the idea that tax cuts can increase revenue while dramatically reducing Corporation Tax – was the basis of his ‘economic case for independence’. This was socialism, but not as we know it. Therefore, Reid’s public statements to the effect that Salmond was ‘a man of the Left, a natural social democrat’ have to be taken with a large pinch of salt, more a testament to Salmond’s considerable gifts of persuasion than any deep ideological connection. With unintentional honesty, MacAskill writes that the SNP ‘were eager to parade their star new recruit’. Salmond gushed that Reid was ‘a man true to his principles and those of the labour movement’, ‘traditional Scottish values’ now upheld by the SNP.

‘His membership of the SNP was not a road-to-Damascus-conversion,’ observes MacAskill, ‘but simply the route that offered the best path to social and economic progress for Scottish people.’ He later repeats this assertion, describing independence as the ‘way to achieve a socialist society’. Then the dénouement: although Reid didn’t live to see the 2014 referendum, he would have supported it ‘vigorously had he still been alive’ (although elsewhere MacAskill seems less certain, saying he ‘would almost certainly have supported a Yes vote had he lived’).

A Scottish Political Journey ends with a blizzard of election results, mainly intended to shore up the argument that the SNP had supplanted Labour as Scotland’s natural party of government. Fleeting mention is made of Jeremy Corbyn and the 2017 general election, which rather undermines MacAskill’s point, although he tries to get around this by saying the Labour Party in Scotland still ‘seemed a much paler imitation of their London socialist colleagues’ (the book was published before the election of left-winger Richard Leonard).

‘Would Jimmy have been persuaded to return to his roots by the more socialist programme of Jeremy Corbyn’s Labour Party?’ asks MacAskill. ‘Or would he have stayed with the SNP’, despite it being ‘far from the red-blooded socialist party Jimmy sought’? It’s an interesting question, but one the author does not convincingly answer. 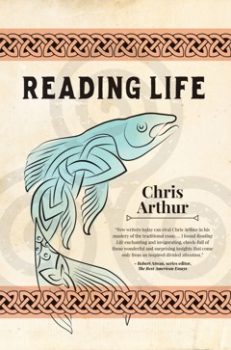 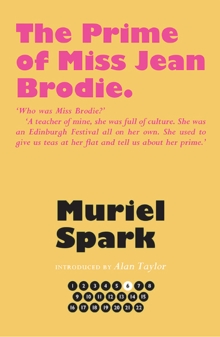 The Prime Of Miss Jean Brodie 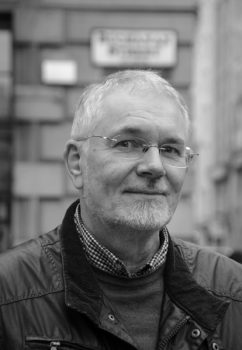 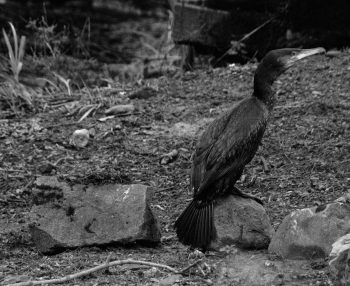 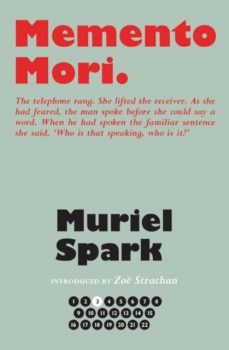