Warning: session_start() expects parameter 1 to be array, string given in /home/customer/www/scottishreviewofbooks.org/public_html/wp-includes/class-wp-hook.php on line 303
 WINTER WORDS – Scottish Review of Books 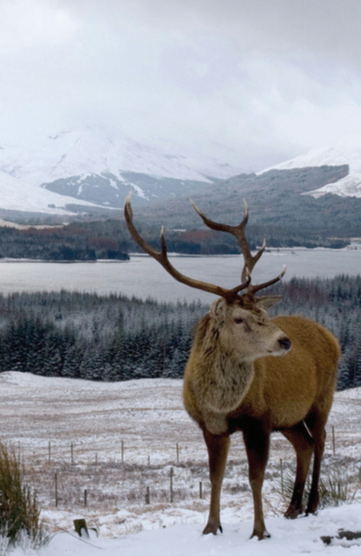 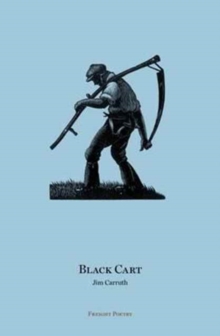 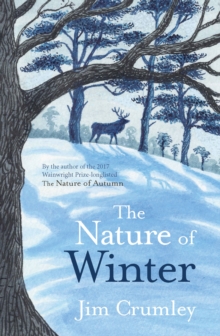 THE NATURE OF WINTER

At first sight, this looks like a sweet coincidence: here are two Scottish writers, both called Jim C, based in the urban central belt, writing on rural issues and making ample use of metaphors taken from jazz. Both books have cool blue covers with monochrome images. The similarities end there. One is an elegiac slow piece in a minor key; the other is a fast-paced present-moment blaze of wonder.

At first I am simply amused by the contrasting ways two men can look out from the city to the country and see such opposing landscapes – can it really make such a difference whether you face north-east or south-west on a winter morning? Then I start to ask if one or other of these visions is ‘truer’ or more authentic than the other. Unable to decide, I worry that perhaps they are both wrong or do they reflect something important about the paradoxes of Scottish rural life?

The image that unlocks this question is in Jim Carruth’s poem, ‘Progress’:

Same year as that photograph of the man who stopped the tanks’ progress in the square
my father strikes a similar pose, facing up to a new red and black Case International.

Here is the enemy. Carruth’s father has ‘seen the work pass/ from Clydesdale and Shire to diesel breeds’. These ‘diesel breeds’ are bigger and stronger than the horses, and they spell not only the demise of stables, but also of the human animals on the farm, the stockmen and harvesters who, ‘in the shadow of giant tractors/.. will wilt back into the ground’. It’s an extraordinary metaphor: the spectre of capitalist forces, economies of scale, relentless mechanisation and automation are cast in the role of the Red Army bearing down on a lone dissenter in Tiananmen Square, Beijing. Like that student in the famous image, who represents all free-thinking Chinese people, Carruth’s father here represents all the other hill farmers whose options have been systematically wiped out by the invincible powers of state ideology: capitalism, in this case, though that’s hardly relevant.

Black Cart is haunted by the ghosts of those farmers. Looking back onto his family livestock farm in Ayrshire, (whence the poet took ‘the first bus, to a desk in a distant city’), this collection is a kind of extended elegy to a way of life of hill sheep and cattle rearing, and also to the late members of his family and the community he grew up in. The poetry faces backwards, steeped in the past and with an overall tone of sorrow and of loss.

By contrast Jim Crumley’s book is a prose work set firmly in the immediate present moment, charting the author’s daily work of nature observations over one, short winter season. This involves long, patient waits rewarded by exhilarating moments of wildlife sightings. When the author pauses and looks out from the present, he is most often concerned with the future, sometimes optimistic that the situation for wildlife may be, in some ways, improving, yet mostly worrying about climate change. And the root cause of climate change is at least partly those ‘diesel breeds’ and the industrial logic behind them, which has eliminated the hill- farming culture mourned by Carruth.

Crumley’s detailed recording of nature makes him particularly acutely attuned to climatic variations, and the impact of global warming on Scotland’s climate is most worryingly visible in the winter months, indeed so much so that he is reaching the conclusion ‘that winter itself may be halfway towards extinction’. He wrote his book over the mild, wet winter of 2016-17, when autumn blurred into spring, with barely a frozen lochan between them. He predicts (along with most others who model Scotland’s climate) that this is what we will come to expect as normal. ‘There will be savour of those winters of memory from time to time, but they will be fragments that conjure up little more than nostalgia. We would get the storms, the fleeting shades of the season formerly known as winter, but no more seasons of sustained snow and ice, no more weeks at a time of a land locked up in sub-zero temperatures. In winter’s place there has emerged a troublesome species of climate chaos.’

Crumley notes how lapwings migrate north several weeks earlier than they would do in the past. As I read this, in October, I find a primrose in flower in the woods close to home. Jim Crumley puts it, ‘winter has lost its way.’

Although neither book delves into the causes of the threats they identify, it is not hard for us to draw our own conclusions and pin the blame on the runaway consumption and industrial complex that pumps carbon dioxide inexorably into the atmosphere. It is not, however, quite so simple as that. The loss of the livelihoods and management styles of hill farming is at least partly the cause of some of Crumley’s most hopeful moments. Carruth’s portrayal of the Ayrshire community includes cameo appearances by, amongst others, the moleman’s apprentice, whose job is the slaughter of the wild creatures that the other Jim is watching out for. ‘Into the Blue’ is a poem about the poet’s unwillingness to use the gun his father has used all his life to bring mallard ducks and hares home for the kitchen. There have been huge impacts on animal populations as a result of rural people with guns and dogs, through their casual killing for the table, and their less casual treatment of wildlife as ‘vermin’ or as competition or threat to domestic or game animals, leading to systematic extermination through hunting or poisoning. Those pressures undoubtedly reduce as old lifestyles die out, and some species, like buzzards and red kites, are flourishing as their persecution by farmers and gamekeepers becomes a thing of the past, or at least much less intense than it used to be.

There is no doubt that the use of uplands for livestock rearing is one of the direct causes of climate change, and limits resilience and adaptability, through a combination of how much less carbon sequestration pasture land provides compared to the scrub woodland that would be there without the livestock, the increased run-off from bare hills compared to wooded ones, and the methane emissions directly from cattle and sheep. Conventional agriculture is one of our biggest sources of greenhouse gas emissions, while taking livestock off our hills and letting nature take control could be one of our best strategies for ameliorating the effects of climate change.

Even so, it is impossible not to feel sorry for the losses to the individual farmers and to their rural families and communities, as their herds are incinerated for foot and mouth, or sold, three beasts at a time, because they can no longer provide a living wage but it is too painful to see the cattle byre emptied in one go.

A leaking away, as though from a holed pail
with its drip, drip, drip of milk
to the ground, cheaper than bottled water, more painful than a long prayer in blood.

In honouring the lives of the doomed Ayrshire farmers, Jim Carruth has produced a book of moving tenderness, and with a texture that evokes the land on every page. There are footers naming fields, grasses and farms, which act as a litany accompanying the poems, like the warp of a loom through which the verse is woven. Yet among the sorrow of farm sales and funerals, there are also moments of surreal hilarity and exuberant playfulness, like this ode to sileage:

and a poem celebrating Kalashnikov’s admission that he wished he were remembered for inventing something helpful, such as a lawnmower.

Jim Crumley’s book also contains several poems, but by far the most poetic and powerful language he produces is in his animal and bird descriptions. Take his likening of a dipper’s song to ‘icicles formed from the splashed spray of the river… the silver brilliance of his thin scatter of notes’. Or this playful sound-painting of a thawing hillside, full of ‘impromptu burns and waterslides… They burbled and gurgled. They mumbled, rumbled and tumbled. They wriggled, giggled and jiggled. They croaked and joked. They glittered and chattered. They tripped and skipped. And the Allt a’Ballaich, the mountain pulmonary, drank them all and surged on its way down to the distant glen of the River Etive.’

If I have a criticism of Crumley’s writing it is that, in among the wonderfully vivid portrayals of all the big mammals and birds, I wish for more space to be given to the small lives, the insects and lichens, frogs and fungi, snails and spiders. His observation methods, (‘You make a space in the day. You think only about listening. You give it time.’), must surely give him many encounters with these little creatures. His final, deceptively simple, advice, ‘if we are to pull back from the abyss of unknown depths and disasters,’ is that ‘we need to take heed. We need to listen.’ Given that both the natural world and rural communities are facing a common villain and struggling with their survival, taking heed and listening to them both is surely essential if we’re to wake to a future spring on Scottish hillsides that isn’t completely silent. 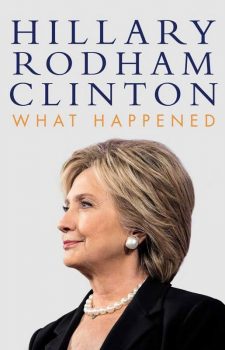