Warning: session_start() expects parameter 1 to be array, string given in /home/customer/www/scottishreviewofbooks.org/public_html/wp-includes/class-wp-hook.php on line 307
 SRB DIARY: A MONTH IN TUSCANY – Scottish Review of Books 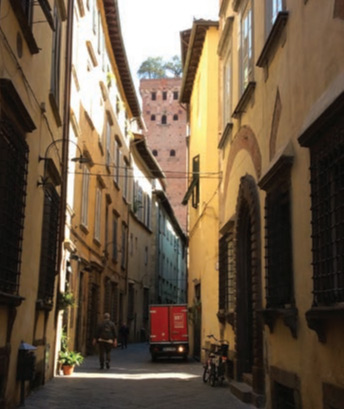 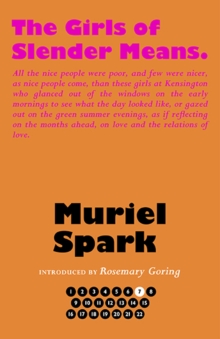 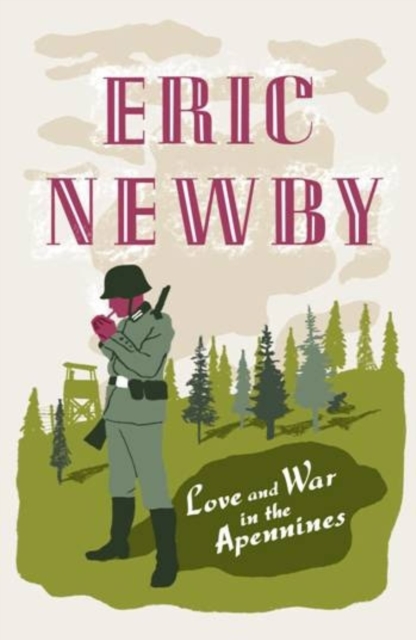 Love and War in the Apennines

To the ancient walled city of Lucca in Tuscany, where we have taken an apartment for a month. It is on the ground floor of a medieval building – almost everything here is at least 500 years old – and has been renovated by Pervinka, an interior designer. Before renting it out, she moved in for a month to make sure it has everything you could need. And it does, including artfully built bookcases filled with marbled and calf-bound nineteenth-century Italian works, and the classics of European literature.

To this collection previous tenants have added discarded thrillers, mostly in Italian, and an assemblage of guide books. One of them is by Rick Steves, the godfather of Tuscan tourism, who switched career from piano-salesman to tour operator, chaperoning North Americans new to these parts, and teaching them how to behave and what to expect. He is generally well-informed, but at one point after we’ve been buying groceries in the nearby supermarket and wondering if we have accidentally stumbled into an outpost of Fortnum & Mason, my husband Alan reaches the chapter where Steves enthuses over the low price of vegetables. ‘Where’s he been shopping?’ he asks. Our own modest contribution to the in-house library comprises a first edition of Lawrence Durrell’s Tunc, found on our first day here in a second-hand stall. Sadly it proved too taxing even for a devotee of The Alexandria Quartet. This was not entirely unexpected, as Durrell’s quote on the jacket is cautionary: ‘Tunc is roughly about what it is about; the reader makes it up as he goes along, if he goes along with it, that is.’ Nevertheless it is disappointing, since the opening sentence promised much: ‘Of the three men at the table, all dressed in black business suits, two must have been stone drunk.’

The apartment’s windows are barred like a gaol, but while there is no view to boast of, these rooms come with a soundtrack. Three feet away across the narrow street is the Conservatorio Boccherini, and when we throw open the windows the trilling and thundering and growling of sopranos, pianos and cellos fills the air. From eight in the morning until eight at night the place resounds to Bach, Pachabel, Mozart, Ravel and Chopin. During all this, the statue of Boccherini in the courtyard looks gravely on as tourists trail past, captivated for a moment by the rising and falling scales and strings. One evening I watch a young woman step out of a taxi, in heels like sticks of celery, and a knee-length dress whose hem is pleated into the white and black notes of the piano on which she is, likely, about to perform.

One Friday evening we are invited to dinner with friends of a friend who have a house in the hills above Lucca. They are Parisian, but spend around four months of the year in their country retreat. Yolaine is a novelist, the daughter of a pre-war tennis star who became Giscard D’Estaing’s foreign minister. Her partner Roman, whose occupation we never learn, collects us at the town walls in his jeep. Darkness is falling as we snake up the side of the valley, and then take a deeply rutted shoelace that leads to their gates. As he drives Roman explains how Yolaine’s novels have come recently to be published in Italian. A young hotelier from Lucca wrote to ask if she could translate one of her books. When she learned that Yolaine was living nearby, everything fell into place. Over prosecco in their sixteenth-century farmhouse, whose loggia looks onto a landscape Piero della Francesca would recognize, and very possibly painted, Yolaine describes her delight at finding a publisher whose editors treat her as a star. The French literary scene, she intimates, is very different. Asked to do a reading in a Lucca library, she turned up expecting a handful of attendees. Half an hour before the event began, the room was already filled. By the time she went on stage fifty were standing at the back of the hall, and fifty more were at the doors, hoping to be admitted. This says much for Yolaine’s allure, but also for Lucca, where the arts – and the finer things of life in general – are taken seriously.

Conversation turns to the English author Charles Morgan, once one of Yolaine’s favourite writers. His novel Sparkenbroke, a meditation on the relationship between art and love, published in 1936, was set in Lucca, and recently she tried to re-read it. She found it impossible, but hands us a copy to decide for ourselves. It does not look an easy read. At one point Sparkenbroke writes to his wife: ‘You would have understood the love of the Troubadours and the Courts of Love where the bodily act was chiefly valuable neither as a pleasure nor as a means to an ecstasy beyond itself, but as a symbol of an absolute loyalty and devotion.’

In his time Morgan was a man of renown, especially in France, where he was made an officer of the Légion d’honneur. By chance a few days later I stumble upon him when reading Muriel Spark’s The Girls of Slender Means. A young woman writes a letter, supposedly by Morgan, raving about her friend’s unpublished novel in the hope this will persuade a publisher to take it. ‘“Now, are you sure George will be impressed by Morgan’s name?” “Very,” said Jane.’ That it would carry no clout today is a reminder of how quickly stars wane.
When we leave, the stars are bright above us. Roman points to the electric fences he has erected to fend off rampaging boar. There are thousands of the creatures, he says, eating their way through gardens and plots, and too few hunters to keep them at bay. A few days later the regional paper picks up the story, in nearby Bagni di Lucca, where locals complain of coming under siege from these tusked invaders. One has some sympathy, but it is limited. There must be ways of accommodating the needs of animals and humans, all of whom have a right to live here, without blasting them to smithereens or turning them into paté.

It is on the city walls that the Lucchese come to life. Massive fortifications, they were built when James IV was in his pomp. In the end, they were never used to fend off attack, unlike the pepper-pot towers that poke out from the tree-line across Tuscany, in which noble families took refuge. But while they were not called upon for their original purpose, these circular walls, which enclose a city of around 8000 citizens, and look out upon the 50,000 more in the boondocks, are in constant use today. This is where the passeggiata takes place, much of it in Lycra. Dog-walkers and pram-pushers, cyclists, strollers, joggers, and those in wheelchairs and mobility scooters circle the town in a perpetual whirl, like seagulls around a trawler. The backdrop to this gentle scene is the Apennines, from which many fled to Scotland in the nineteenth and twentieth centuries, in search of a better life. Their marble-scarred flanks glitter in the sun, fooling those accustomed to year-round snow in the Cairngorms into thinking the season has turned.

Having just read Eric Newby’s Love and War in the Apennines, I look on these peaks with respect. Newby’s account of his escape from an Italian prisoner of war camp in 1943 and the year he spent on the run, is a model of sangfroid. Thus, when he describes the horrors of the forest undergrowth he must clamber through, where the bramble thickets are like barbed wire, and he knows that if he breaks an ankle he will never be found, one shares his terror. After the war, Newby and his Polish-Italian wife Wanda returned and bought a second home. The constant theme of this memoir is how kind and brave were the Italians who helped him, risking their lives without a qualm. Even those who betrayed him in the end are not reviled. Offered the chance to learn who informed on him to the Germans, Newby prefers not to know. ‘“No thank you,” I said, “we’ve all had enough of this sort of thing to last us for the rest of our lives.”’

Lost one afternoon in a tangle of backstreets, we come upon a printer’s shop: Antica Tipografia Biagini. Lured in by the smell of ink, Alan asks the owner if he does business cards – biglietti da visita, as they are called. Matteo, the printer, has hair that looks as if he has that second leapt out of bed. He takes us on a tour of the shop, showing us early nineteenth and twentieth-century French, Italian and German printing machines, on which he and his colleague Antonio work seven days a week. Previously Alan has ordered cards off the internet, which take ten minutes to choose and pay for, and arrive in the post a few days later. Things are done differently here. After a long discussion on the aesthetic properties of the Bodoni typeface, decisions are made, and an appointment fixed to return. It takes three visits, and several emails, to produce two small boxes of exquisite cards. If ever you receive one, you will be among the privileged few. I’ve seen white truffles shared more liberally.

Matteo, formerly a biker, fell in with Gino Biagini a few years ago, and is now in charge. He learned his trade from Biagini, and talks of him often. The only printing firm of its kind in Europe, the place is internationally renowned, with clients such as Jodie Foster photographed in the shop with Biagini at her side.

On one of our last days in Lucca, we have lunch at Pervinka’s, taking our espresso onto her verandah. We mention our encounter with Matteo, and she hurries back into the house, returning with a tiny eighteenth-century-style lady’s dance card booklet, and book plates Biagini designed for her and her twin sons. She knew him quite well, she says. He was a most original, unusual man, but he lived very much in the past. She explains what happened: ‘He shot himself. He was a very sensitive man. He could no longer live in this world, it was too ugly, too violent.’ You might almost suspect he waited until Matteo was qualified to fill his shoes, before taking his leave. Pervinka gives me the dance card booklet as a gift, six of which she had bought as a remembrance when Biagini died. It is a fitting memento, evocative of an age of elegance, as is the city itself. 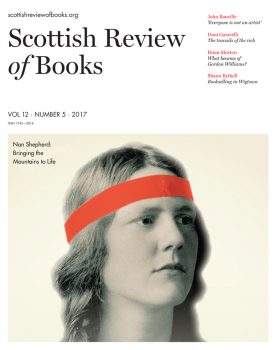 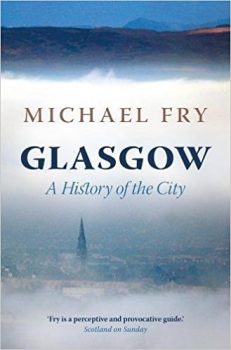 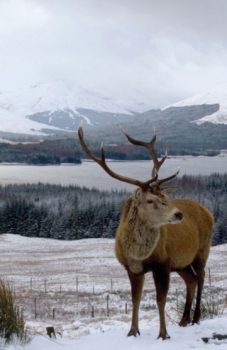