Warning: session_start() expects parameter 1 to be array, string given in /home/customer/www/scottishreviewofbooks.org/public_html/wp-includes/class-wp-hook.php on line 292
 FITBA’ CRAZY – Scottish Review of Books 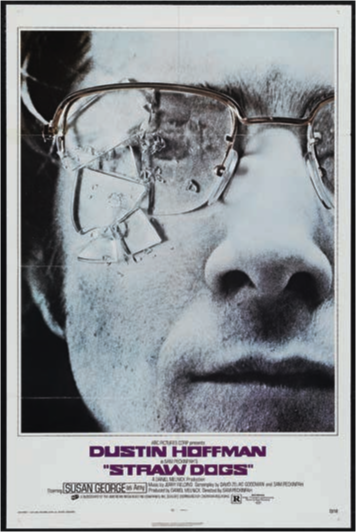 Straw Dogs: Williams wrote the book for his mother

Gordon Williams once told me, one Paisley boy to another, that he’d rather score a single goal for St Mirren than write War and Peace. Attaboy. He used the same line in an interview for the Scottish Football Book, so I guess it was a well-practised routine. Did he mean it? Williams regarded honesty – and free speech – as commodities best treated ‘like sweaty gelignite’. His trick was to make pronouncements so outrageous they could only be true. Or, as he preferred to put it, ‘I’ve always found it safer to tell the truth so blatantly nobody believes it’.

Telling the truth blatantly was what made Gordon Williams a novelist. In From Scenes Like These, he wrote a coming-of-age novel that not only ripped away any remaining net curtains from working-class life in rural Ayrshire but delivered something of the texture and grit of adolescence away from the bright lights. It made William McIlvanney seem positively perfumed. It should have won its author the inaugural Booker Prize, but it went to P. H. Newby’s Something to Answer For instead. That jury had something to answer for.

I once asked him how he felt about it, and how he felt about prizes for writers, and he told me that he’d once been shortlisted for a Scottish Arts Council gong and had suggested to his fellow listees that they ‘do what antique merchants and jockeys do and agree to split the winnings whoever won it’. He claimed that Iain Crichton Smith looked amused (or maybe it was bemused), but that George Mackay Brown, who in the event won the prize, got the hump.

Williams seemed to work excessively hard for scant rewards. He almost literally never stopped writing, even when he had to take a day job as a business manager for Chelsea Football Club. He owed his introduction to writing to an uncle who had published a book about his life as a Brethren missionary in South America, but also perhaps to the ‘complete set of the Waverley Novels of Sir Walter Scott’, which along with the shoes and the ‘food parcels from our auntie in Texas’ helped lift the boy out of Ferguslie Park Avenue and into view of those bright lights.

He was born in Paisley in June 1934, the son of a policeman and a leather worker. His school was the famous ‘Porridge Bowl’, the John Neilson Institute that used to dominate the Paisley skyline. Those little snatches of autobiography comes from ‘A Scots Burgh Boy’s Dream of America’, the curious poem-prelude to Walk Don’t Walk, the Henry James-in-reverse tale of a young Scots’s writer’s trip Stateside to promote his novel. It’s a brilliantly paced, unforgivingly honest book, comparable in satirical intention to Malcolm Bradbury’s Stepping Westward or David Lodge’s Changing Places, but inevitably without the campus element.

Straw Dogs (as it was renamed after a Chinese proverb about meaningless people) has since been remade with an American cast and away from the Dartmoor setting that made both original novel and movie so atmospheric. Williams was furious about the changes – ‘I wrote that book for my mother,’ he’d snarl – but also that he had missed a trick when Robert Vaughn, a screen smoothie but a fiercely intelligent producer, rang up to ask about the rights. Gordon mistook ‘Vaughn’ for ‘van’, thought it was a wrong number and hung up. Ten years later, he turned down Bill Forsyth’s offer of script work on a film about a girl getting into a football team. ‘I told him I had better things to do’. Like writing War and Peace, I asked; or maybe seeing if Jim Clunie would still give you a run out for the Buddies, even though you’re knocking 46. ‘Aye, something like that’, was the muttered answer.

Money seemed to elude him, or get away from him, even after he gave up the sauce and adopted a healthier, indeed, almost monastic, lifestyle. He’d made a bit of cash from his first books. The very first thing to appear inside hard covers was a centenary history of the London Trades Council, called A Hundred Years of Protest and Progress, written shortly after he’d left the £2 per week employ of the Johnstone Advertiser. His first novel, The Last Day of Lincoln Charles did respectably, as did The Camp, whose latest reprint claims it was his first book, but not so. The Camp was based on his own National Service with the RAF in Germany. It’s very much a newsman’s novel, written with a clear eye for detail and an ear for salty dialogue. Movie interest came along with The Man Who Had Power Over Women but Williams never equalled the success of Alan Sharp in Hollywood, and for the rest of his writing career was often reduced – though he never seemed to treat it as anything less than serious work – to writing ‘novelisations’ of films for the paperback market. He took his craft seriously, but wrote potboilers for £300 a pop under the pseudonym ‘Jack Lang’. He believed that The Siege of Trencher’s Farm, knocked out in just nine days, was one of these, but a sharp agent touted it round London until Secker & Warburg (one or other of them) got the point and bought the title.

Ironically, his greatest post-Straw Dogs success came via another pseudonymous – and collaborative – project. While working for Chelsea, he met the team captain Terry Venables. Williams had been ghosting footballers’ autobiographies, notably Bobby Moore’s and Tommy Docherty’s; he gave a very good impersonation of the Doc at his unprintable best. With Venables, he came up with that relatively rare thing – Brian Glanville and Robin Jenkins are among the few other significant exponents – a good football novel. They Used To Play On Grass read as faintly futuristic until Queen’s Park Rangers ripped up their turf and put down plastic. It did nicely and the writing association worked well enough to start a franchise. He and Venables wrote as P.B. Yuill, the name of one of Williams’s uncles. It was his fourth or fifth author’s name, if you include ‘Norman Leigh’, another potboiling disguise, and Gordon M. Williams, which was the original version. He also claimed to have lived at more than 35 addresses since he left Scotland.

I like the Hazell books and have on occasion been caught arguing that they represent Williams at his best. There is no derogative more crushing in Hazell’s world than ‘suave’, which I remember Gordon pronouncing in an Estuary way as ‘swahv’ when he was being sarcastic about intellectuals and conspicuous consumers, and as ‘swayv’ when he was pretending to be an ignorant wee keelie frae Paisley. Hazell’s clients almost always inhabit the suave world, where carpets are deeper than personalities and possessions seem to exist entirely to keep fear and disappointment at bay.

But these aren’t stories about crime. They are stories about identity. Hazell’s wounded foot makes him a kind of modern Oedipus, searching for himself as much as answering his client’s needs, which are never quite what they seem. Hazell and the Menacing Jester blends raw social comedy with a heartbreaking intuition of the empty horror that lies behind Habitat furniture. Its climax is a murderous fight in a room full of expensive antiques and objects of virtue, a scene worthy of the multiple detonations of private property at the end of Zabriskie Point, a film Williams unexpectedly admired. The relationship between what we own and who we are is even more profoundly analysed in Hazell and the Three Card Trick, in which a ratty little dealer who runs a ‘find the lady’ stand off Oxford Street is also able to pose as a rich businessman gambler, exposing the venality of both worlds.

Williams wrote on for a bit. The Upper Pleasure Garden is still readable, though far from his best. Much better was his novelisation of Ridley Scott’s Napoleonic adventure The Duellists, which is ultimately based on a story by Joseph Conrad. The connection makes sense, for Williams had a Conradian instinct for the way the lower reaches of society interacted with the world ‘above’ them. He had sympathy for both, differently deployed. Suave pretension, whether in material or intellectual terms, was ruthlessly skewered, but there was always compassion, even for the hapless husband in Hazell and the Menacing Jester, whose life seems to be invaded by some dark existential threat that turns out to be a series of unconnectedly petty revenges.

Like Alan Sharp, he found inspiration in a science fiction project that allowed him to write about the same world through a speculative lens. In 1976 Harry Saltzman approached him to rewrite a script for The Micronauts. In the event, the film was never made, but Williams got three novels out of it.

Every now and then, Williams appears on a list of ‘lost’ Scottish writers. He made it clear that after thirty years away, he could scarcely claim any such identity. Nor did he think of himself as ‘lost’. His father put him on the London train in 1960, with two quid in his pockets. The money quickly went on drink, and from that moment on, Williams walked the streets looking for what he called ‘stray baksheesh’. This isn’t the paradigm of the literary novelist that we’ve come to expect. Serious novelists look for serious royalties, stay away from the movies as much as possible and prefer academic residencies or festival appearances to commercial scribbling. Williams was one of the last of a tribe of scribblers for whom reality only existed at the nib of a pen. He neither wrote War and Peace nor scored for St Mirren and when he died in August, aged 83, stricken with pancreatic cancer, he left behind only a rather scrappy and inconsistent work-list. But his commitment to writing was heroic, and his moral example is a profound one. The current generation of novelists, Scots, English, Irish, Welsh, anyone, would do well to think on him. 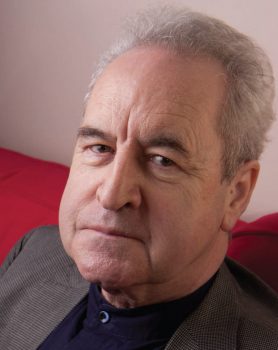