Warning: session_start() expects parameter 1 to be array, string given in /home/customer/www/scottishreviewofbooks.org/public_html/wp-includes/class-wp-hook.php on line 307
 Volume 12 Issue 3 Editorial – Scottish Review of Books 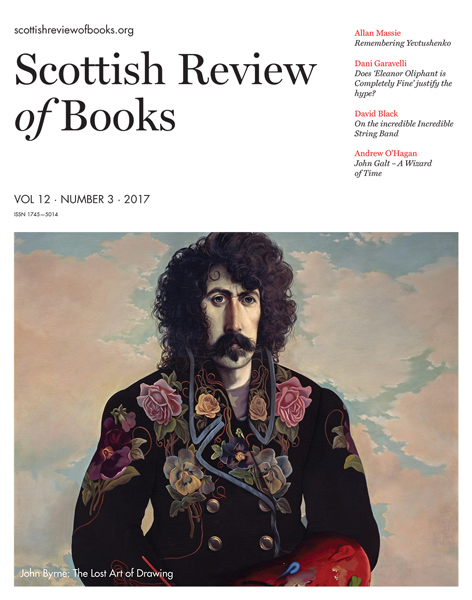 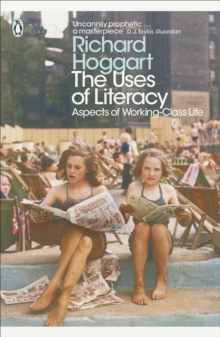 The Uses of Literacy: Aspects of Working Class Life

Here at the Scottish Review of Books we choose our heroes carefully. One such is Richard Hoggart. His is not a name, we acknowledge, which will be familiar to many readers, even those of a ‘certain’ age. But to many baby boomers Hoggart epitomized an era – the two decades immediately following the end of the Second World War – which saw the transformation of the British working class.

His seminal book was The Uses of Literacy, published sixty years ago. On its author’s death, in 2014, aged 95, the Guardian said it was one of the great books of the twentieth century. We agree. Though dated, it is transportive, insightful, affectionate, informed and, above all, beautifully written.

Its subject is ordinary people living in towns and cities across Britain and what they were reading, listening to and watching. The speed of change alarmed Hoggart who felt that the effects of Americanization, mass advertising and a rapacious media would erode working-class values and redefine communities, and not for the better. Of working-class roots himself, he foresaw the danger of cultural homogenization. By studying popular magazines and comics, tabloid newspapers and films, he described how ‘alien’ products invaded local communities and robbed them of their distinctiveness. Hoggart’s enemy was not popular culture per se. On the contrary, he was a huge fan and understood what made it worth celebrating. What he did not approve of, however, was mass culture, which turns everywhere into anywhere.

Hoggart’s prescience is now obvious. In its obituary, the Guardian quoted him on the launch of commercial television: ‘There are many who can take cultural debasement remarkably easily. They are not closely acquainted with the mass-produced entertainment which daily visits most people. In this way it is possible to live in a sort of clever man’s paradise, without any real notion of the force of the assault outside.’ In the decades since Hoggart wrote these words the reach of mass, manufactured culture has increased at a speed that even he could never have foretold.

If he had only written The Uses of Literacy Hoggart would be worthy of our admiration. But there are many other reasons to remember him. His upbringing may best be described as Dickensian. Born in Leeds, his mother and father both died when he was young and he was raised by a grandmother. Although he failed the 11-plus he got into a grammar school through a scholarship on the strength of his English essay. He was, he learned later, one of only thirty children – out of a potential 65,000 – to be selected. It made him a lifelong supporter of comprehensive education.

He was also a passionate and eloquent advocate of libraries of all sorts but especially of public libraries, as were so many of his generation. Libraries were an integral part of society, the means by which many people – and especially children – could have unfettered access to books and information. You need only read the autobiographies of notable people from poor backgrounds who in hindsight came to appreciate that the public library, with free access for all, was the window through which other worlds and cultures were opened to them and which allowed them to realize their potential. Even so, there is a sense that we have yet fully to understand the incalculable impact public libraries have had on British life. In short, we have for too long taken them for granted. Too often, for example, ignorant commentators – many of whom, we suspect, rarely, if ever, use them – suggest they have outlived their usefulness and that if they were to close tomorrow no one would miss them.

In fact, we have never had greater need of libraries. As recent statistics show, standards of literacy in Scottish schools are deeply concerning. While politicians are content to bash each other over the head in a cynical bid to make capital of this, we are of the view that improving levels of literacy is complex and ought not to be a matter of grandstanding but careful, committed consideration. That the fall in standards has coincided with the decline in school libraries and the disappearance from many of them of qualified librarians is surely significant. The education secretary, John Swinney, has recently said he intends to plan a strategy on school libraries and we look forward to seeing what he proposes.

In the meantime, we would suggest that the time has come to stop protecting libraries and to start promoting them. Instead, for example, of colluding in their closure and reducing their opening hours and making valuable staff redundant – as many local authorities have been doing of late – we believe there needs to be a renewed appreciation of their worth. We would like to see many more libraries opening for longer hours and in places that people can best access them. Moreover we would like there to be many more professional librarians, as others would like there be many more police on the beat, nurses in the wards and teachers at the chalk face. The cost would barely make a dent in the nation’s finances and the benefits would be immediate and enduring. Of one thing we can be sure: Richard Hoggart would approve. 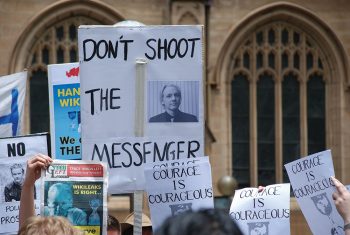 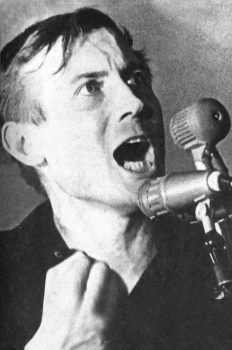