Warning: session_start() expects parameter 1 to be array, string given in /home/customer/www/scottishreviewofbooks.org/public_html/wp-includes/class-wp-hook.php on line 307
 Her Bloody Project – Scottish Review of Books 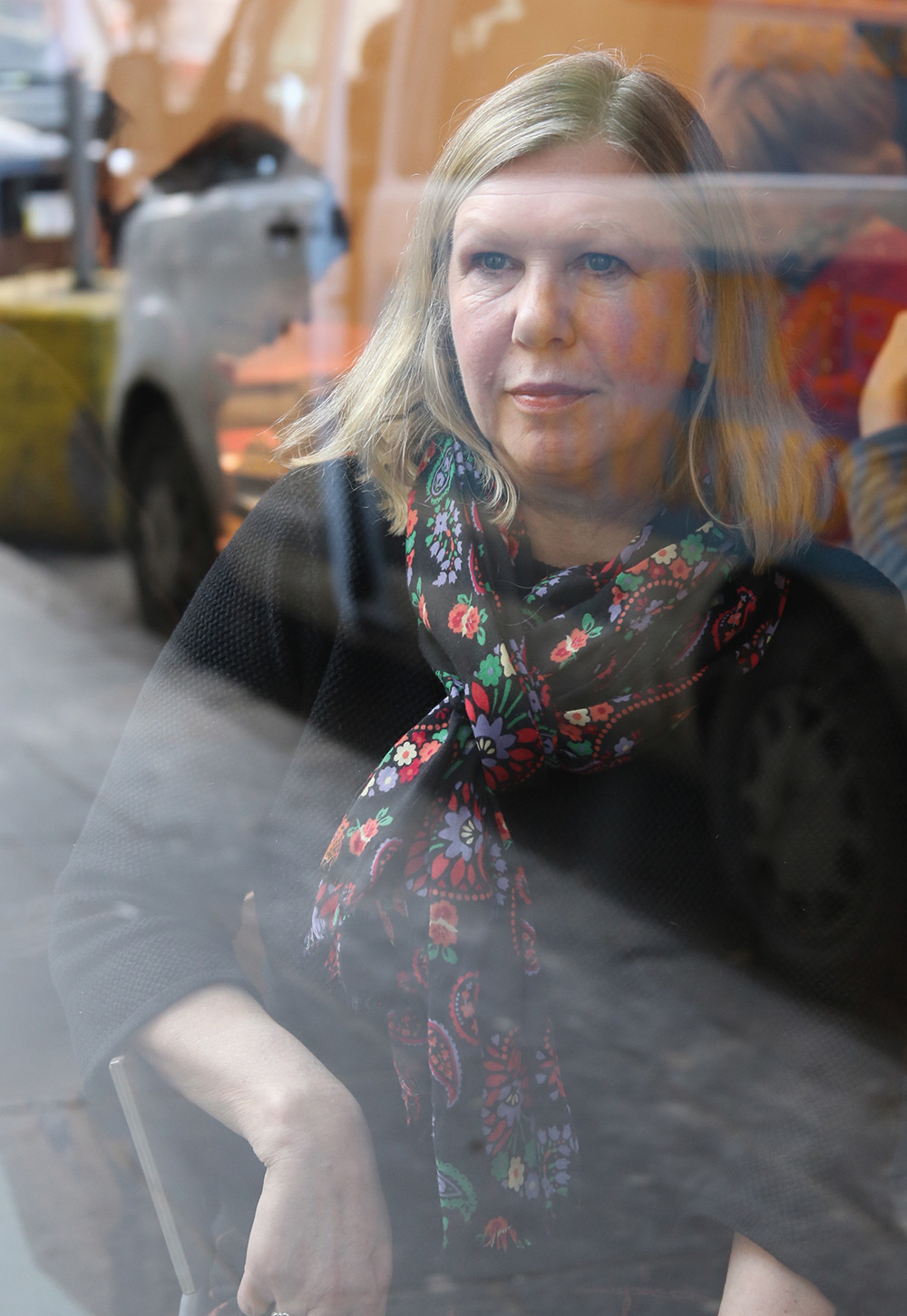 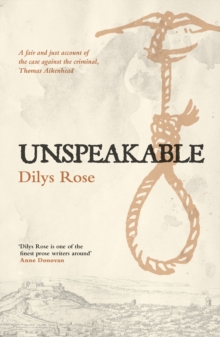 In Dilys Rose’s graceful and elliptical fiction, the mundane reality of everyday life is often a kind of spiritual and intellectual prison. Mothers and children, wives and husbands, drifters who never go anywhere – all her disparate characters are united by a sense that real life is happening elsewhere, and not in the stifling domesticity of home.

At the same time, Rose is cautious enough not to offer any of these characters the condolence of a cheap epiphany, always the get-out clause for the less talented author who wants to graft some easy profundity onto the closing statements of their fiction.

Hovering like a mirage in the background of her work, sometimes revealing itself to be the more substantial structure, is the presence of ‘abroad’, the world outside and over the sea, where some of her characters manage to escape and yet are unsurprised to discover that their sense of blankness or vague disappointment has followed them too. In Rose’s 2014 novel Pelmanism, a superb collage of self-contained vignettes moving backwards and forwards over the course of Gala Price’s tangled relationship with her eccentric father, Gala escapes her drab middle-class life for the bohemian underworld of 1970s Edinburgh and then the wilder shores of New York and Mexico, drifting from bar work to a stint on a fishing trawler. Returning home only after her father’s final mental breakdown, it’s clear that travel has in no way liberated or satisfied her, and that to all intents and purposes there is no real escape from who you are and where you come from. For Muriel, the Filipino immigrant who works with the main character in Rose’s first novel Pest Maiden, ‘abroad’ takes on a different complexion, when to travel from your home country is to escape not mild ennui or boredom but political oppression and the threat of violent death.

The past of course is the ultimate foreign country, and they do things differently there. Rose’s latest novel, Unspeakable, is atypical in that it avoids her usual contemporary setting and because, at least on the surface, it deals with a specific event that has enormous resonance in Scottish history: the trial and execution of Thomas Aikenhead for blasphemy in 1697. Using the same rough structure as Pelmanism, Rose presents Thomas’s life as a series of enclosed present-tense narratives, following him from his childhood in Edinburgh’s High Street to his matriculation as a student at Edinburgh University and the chain of events that lead to his arrest and trial.

The son of an impoverished apothecary, Thomas stoically accepts the death of his parents and is philanthropically adopted by local landowner Sir Patrick Aikenhead. Intelligent and personable, a product of Scotland’s egalitarian education system, Thomas’s fatal combination of swagger and sincerity eventually condemns him in the eyes of the authorities after a few ill-advised comments to his student friends are turned against him. Thomas, ‘eager to impress’, declaims with undergraduate bravado that ‘the doctrine o theology is a rhapsody of feigned and ill-invented nonsense … patched up pairtly o the moral doctrine o philosophers, and pairtly o poetical fictions and extravagant chimeras’. When he is a child his mother cautions him, ‘There’s a time tae talk and a time to haud yir tongue’, but it’s a lesson Thomas never seems to have learned. Unaware that some of his fellow students are more cowed by the intellectual climate of the day, he is denounced to the authorities, arrested, and tried for blasphemy in a case that even at the time was seen as extreme. More extreme than the trial is the verdict; ‘brimful of regret’, Thomas is marched down to the Gallowlee and hanged.

Edinburgh is in many ways the main character of the novel, a rough and ready city of staggering poverty and high learning, where the nature of its geography and a less restrictive social hierarchy means the classes live cheek by jowl in the tenements of what is now the Old Town. With considerable artistry and skill, Rose avoids presenting the old city in its clichéd garb as just a brooding presence of tangled wynds, and instead makes it seem a living and breathing presence of taverns and coffee houses, booksellers and printers, where the religious, philosophical and constitutional questions of the age are part of the common currency of everyday speech. It is also a city of deep suspicion and surveillance, where the Kirk promises fire and brimstone from the pulpits and keenly monitors the actions of its parishioners. Taking her children to the old healing well at the Water of Leith on May Day, for example, where the revellers are spied on by affronted elders of the Church, Thomas’s mother knows that ‘in the eyes of the clergy, being at the healing well constitutes a transgression. But Mayday offers something other than what the Kirk can provide’. The Church though, as Thomas learns, is always listening.

Historical fiction, seen by many as exchanging the supposed hard truths of contemporary life for the comforts of nostalgia, is one of the most aesthetically and morally fraught modes a writer can employ, where the risks of seeming judgemental or patronising are as important as any slip-ups over anachronism or inaccuracy. For serious contemporary authors such as Hilary Mantel, the past is not just the present in quaint clothing but is a wholly foreign place with an entirely different morality, mentality and political outlook. In practical terms, writing about the past means uncoupling the imagination from any default ideas of liberal democracy and acknowledging that everything we take for granted today in the west (sexual equality, human rights, the electoral franchise) is not an inalienable right but is actually purely contingent and based on very specific historical processes.

In Unspeakable, the nature of the story and the main character means that by necessity the moral world of seventeenth-century Edinburgh is going to have to be questioned, but it’s an extremely delicate balancing act to embed those questions in the mentality of the times rather than in the mentality of our own.

For the most part Rose succeeds. Thomas’s naive theological questioning as a child feels authentic rather than something grafted on from the present day: ‘The Lord takes bairns for Himself’, he thinks, as he considers his dead baby sisters, ‘but why does he need so many?’ Similarly, a social system that sees his family under the brutal threat of eviction for his dead father’s debts isn’t cried to the rooftops as a gross injustice, but accepted by society at large as just the way things are; the poor suffer while the rich prosper. The heads on spikes at the Tolbooth jail are as much a part of the city’s mise en scène as the black-clad clergy gathering for the General Assembly, and although the fastidious reader can reel back from the page at the portrait of a city awash with mud and excrement, for the characters who inhabit it it’s nothing out of the ordinary.

Rose’s study of Thomas’s character and of the world in which he lives has no major flaws, and is an undoubted success as a recreation of a particular time and place. From Edinburgh’s ‘crush of towering, close-packed buildings which block out the sun and the narrow, stinking wynds’ to ‘the wits and the wags, the sceptics and the freethinkers’ who half-cautiously discuss the new thinking that will come to define Scotland’s Enlightenment in the eighteenth century, Rose presents a version of the late 1600s that feels convincing and real. If it succeeds in tone and narrative texture though, the novel’s real problems are to do with structure, and those problems are exacerbated by a misleading descriptive emphasis on Thomas’s trial as the focal point of the book.

It’s always unfair to blame a novel for what it isn’t rather than what it is, but if Rose is providing an extended mood-piece here, a recreation of the themes and beliefs of a particular time and place, then she has perhaps missed her mark if you consider the value of the material at hand. The publisher declares the book ‘An account of the case against the criminal Thomas Aikenhead’, but it’s nothing of the sort; the trial and the execution take up only a handful of pages. Rather than being beholden to strict realism, Rose could have honoured the spirit of the event far more if she had focused on the Kafkaesque nightmare of a benighted city suffering under the malign surveillance of a resurgent Church, and the sheer paranoia of living in a world where the most innocuous phrases can condemn you to death. If the madness of the trial, arising from the general religious and constitutional crises of the seventeenth century as a whole, had been the centrepiece of the book rather than an add-on at the end, the novel could have been all the more powerful.

Rose’s publisher presents Unspeakable as a companion piece to Graeme Macrae Burnet’s Booker-shortlisted novel, His Bloody Project, but although an admirable piece of work in its own right, it suffers by comparison. Burnet’s book has a Dostoevskian, existential intensity that gives it more universal resonance, as well as being more formally inventive. Rose’s novel is far more specific and grounded in a particular literary culture (especially in its extensive use of Scots for the characters’ speech), and is more conventionally concerned with the recreation of a vanished world that, in its topography as much as anything, still haunts our own. Unspeakable is a valuable novel, well-researched and well-written, and scrupulous in its presentation of the past. It is hard to shake the sense, however, that it could have been far more than the sum of its parts. 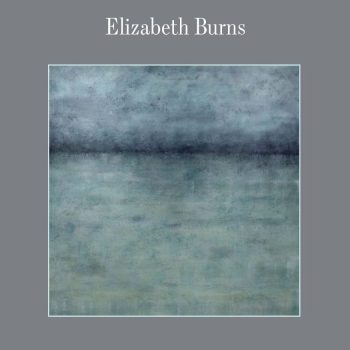 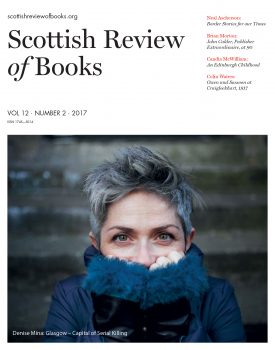