Warning: session_start() expects parameter 1 to be array, string given in /home/customer/www/scottishreviewofbooks.org/public_html/wp-includes/class-wp-hook.php on line 303
 Happy Days – Scottish Review of Books 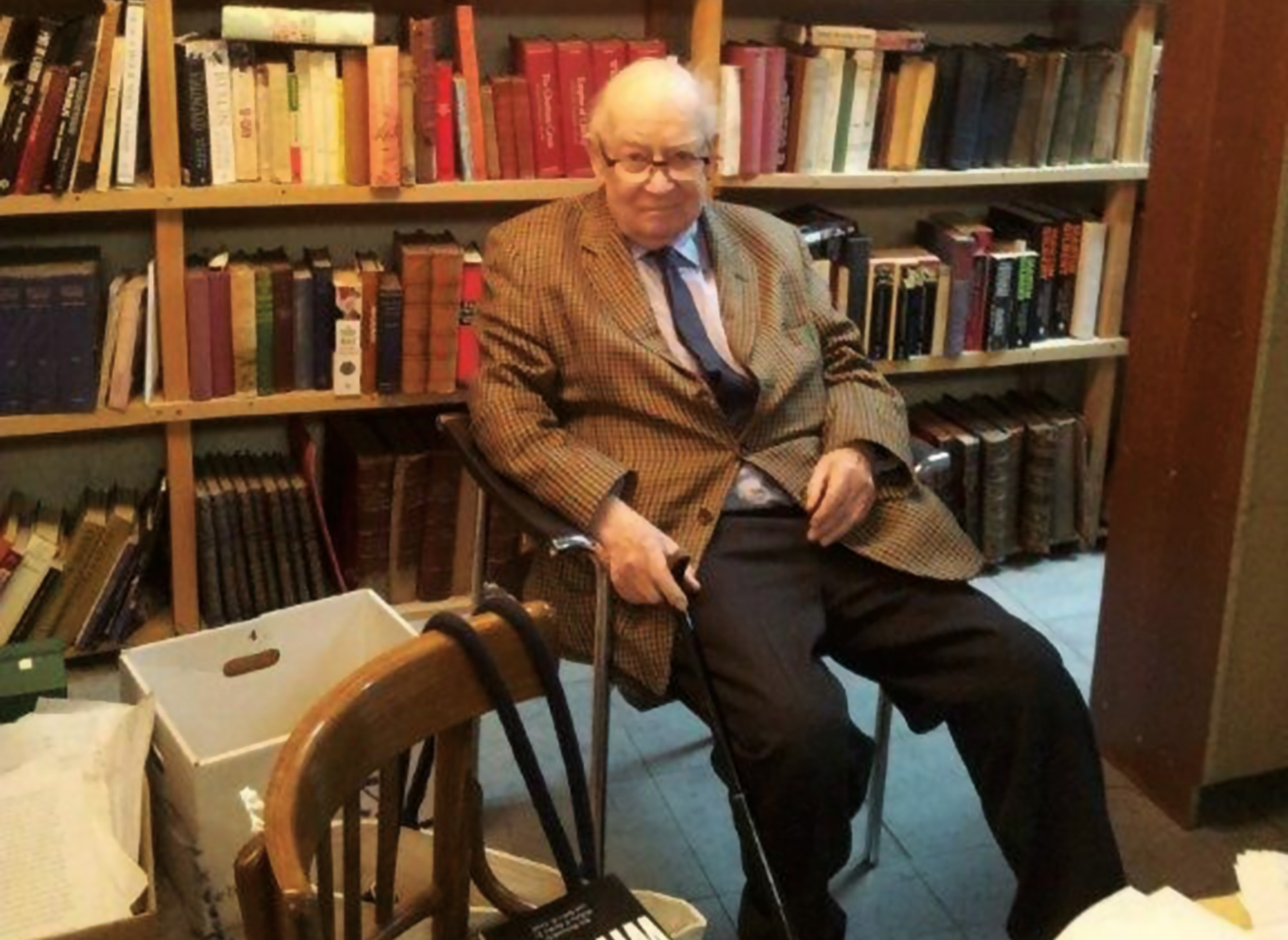 John Calder: A prince among publishers. 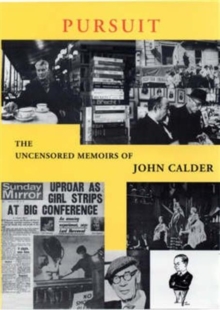 Pursuit: The Memoirs of John Calder

I seem to remember that this originally came out as ‘the uncensored memoirs of John Calder’. New readers shouldn’t be concerned that the paperback second edition has been toned down in any way.

There’s still plenty of action. Pursuit perhaps belongs to the same tradition of intellectual libertinism as Casanova or Frank Harris, and Calder himself very nearly – a publisher’s life is full of very nearlies – published the infamous Black Diaries of Sir Roger Casement, who was hanged for treason in August 1916. Calder had entered into negotiations, as he often did, knowing that the heavy hand of the law might land on his shoulder should he go ahead. As it sometimes did, along with the even heavier hand of puritanical disapproval. Calder’s association with the British publication of Hubert Selby Jr’s bitumen-black masterpiece Last Exit to Brooklyn (in which he was joined by erstwhile business partner Marion Boyars) was a later and less dramatic obscenity trial than the gentle comedy of manners that was the Lady Chatterley’s Lover trial, but it was in most respects a more rugged confrontation between avant-garde and establishment, and a more thoughtful examination of where unflinching realism reaches the boundaries of literary significance, or relevance, or even taste. Calder was also responsible for publishing William Burroughs in the UK, again having to negotiate the minefield of copyright, as he often did with fellow mavericks Barney Rosset of Grove Press and Maurice Girodias of Olympia. He is perhaps even better known as the British publisher (eventually) of Samuel Beckett and as the driving force behind the extraordinary Writers’ Conference that dominated the Edinburgh Festival in 1962 and which is the direct inspiration and forerunner of the present Edinburgh International Book Festival, though that now established event seldom these days seems inclined to learn from Calder’s imaginative example.

The word for publisher in Percy Grainger’s quixotic dictionary of ‘blue-eyed English’ is ‘put-er around’ and Calder has now being putting it about, one way and another, for nearly sixty years. His first venture into Calder Publishing, astonishingly, goes back to 1949, when he was still involved in a family timber business, but not yet the heir to the lairdship of Ledlanet, where he ran his own micro-festival for ten happy years. Calder’s sexual adventures are narrated plainly and without prurient detail. He admits to a few failures, too, as when he proved unable to rise to the occasion with Sonia Orwell. One might say this probably represented a lucky escape, like declining the offer of a ride from the central character of Michel Faber’s Under the Skin. Sonia put it about that Calder was gay, but they still got along and she was a significant player in the Writers’ Conference, at least when she was upright. Since intellectual or artistic libertinism is a somewhat more elevated avocation than the unvarnished variety, it should be said that Calder pursued books – the title Pursuit means both chase and avocation – with the same spirit as he pursued women, and with the same wise recognition that absence of conventional beauty was not to be an obstacle to aesthetic worth.

‘Sonia Orwell put it about that Calder was gay, but they still got along and she was a significant player in the Writers’ Conference, at least when she was upright’

He doggedly backed authors who even now seem chewy in the extreme, once touring England with Alain Robbe-Grillet, Nathalie Sarraute and Marguerite Duras and in doing so creating an improbable new constituency for the nouveau roman. Does anyone still read Robbe-Grillet? I occasionally watch the video of Trans-Europ-Express, but to be honest, only for the girl at the end. Still, fair play to Calder for having brought fabulation and dogmatic realism to the Anglo-Saxons.

Avant-garde figures seem to fall into two sorts. There is one group that appears to embrace modernity in innovation not only in their own field, but in every other. And there are those who, despite eye-watering commitment to the cutting edge in theirs, retain distinctly old-fashioned tastes in every other regard. Calder doesn’t quite fall into either group. His great, arguably his greatest, passion in life is opera, and he has kept track of every production he has seen since student days, often in great detail. Even without his journal, he has a phenomenal memory for singers and stagings. One senses that the appeal comes from opera’s claims to Gesamtkunstwerk, the totalising, all-embracing work of art that addresses ears, eyes and sensitivities all at once. He probably also recognises that imaginative publishing is operatic, full of outsize figures, noisy self-promotion, improbable intrigue and occasional catastrophe. The suicide of a former lover and friend, first mentioned in his acknowledgements almost as an act of penance – he was brought up Catholic, after all – is part of a bass measure of darkness and guilt that runs through Pursuit. It’s a narrative that is full of leitmotifs, returning characters, odd breaks and outwardly inexplicable extensions. It is far from consecutive or even complete.

Duff Cooper called his memoir Old Men Forget and it’s worth remembering that. Particularly in the early chapters, Calder admits more often than not that he has little or no recollection of childhood scenes, which were divided between Canada, where he was born, and Scotland. The only telling anecdote from schooldays is the admission that following the usual public school bullying by teachers he formed the habit of shouting for the visiting team on sports days. Calder has been shouting for the other side ever since. And getting pelters for it. His political views appear to be libertarian. It’s probably impossible for a laird, born to some money, to give himself entirely to socialism, so Calder ended up where all well-intentioned libertarians used to end up, in the old Liberal Party, in whose interest he stood in 1970 for Kinross and West Perthshire, and came fourth. He also spoke out for reform of the law governing homosexual acts, a favourite Liberal cause, and spent a year touring Rotary clubs, reminding respectably suited family men that they once (surely?) felt a mild crush for the captain of rugby or head boy. They heard him out, these burghers, and told him he was brave, and it’s hard to argue with that.

There are moments when his recollection of events seems wonky or possibly just misdated, and only when he can calibrate a moment in his publishing life with a particularly memorable Lohengrin or Idomeneo in his opera journal can he be absolutely sure of his dateline. But as a master narrator he can weave an aria even out of forgetfulness. Some of the more elaborate stories read almost as if they have been improvised or dictated on the spot, pieced together out of remembered details and stock routines. Because old men forget, there are more than a few errors of detail, perhaps more than one might want to see in a second edition. And yet in a curiously engaging way, the more often one picks up Calder on a lapse of fact, or even spelling, the more we’re drawn to him, as if he were sitting in a club chair in front of us, spinning story and story out of his life, uninterruptable, incorrigible and incorruptible. He talks about going to the Brussels Expo in 1958 – a key moment in post-war cultural consolidation – and seeing the ‘Skylon’. In point of fact, the Skylon was a feature of the 1951 Festival of Britain, where it dominated the South Bank the way the London Eye does now. The keynote structure of Expo 1958 was called the Atomium. He’s a little cavalier about names and places, too. He describes the inconvenience of having to drive back to Ledlanet via the ‘Kinkardine’ Bridge and he has ‘Bristol’ Street for Bristo Street in Edinburgh. And he makes one delightful reference to ‘Fleur Forsyth’ as if the heroine of the Forsyte Saga were some apple-cheeked Perthshire girl he once seduced while reeling in Perthshire. On the face of it, it’s very hard to imagine Calder reading, or enjoying, Galsworthy, which makes the error all the more pleasing and revealing.

For this is the joy of the book. Calder’s bluff charm and unsinkable optimism come out in every chapter and the entire party is carried along for 600 tightly printed pages. Perhaps the only downside of this, and of the easy mixing of erotic anecdote and literary striving, is that romantic immodesty flips into its opposite; Calder makes no substantial claims for his own literary achievement, which was in fact transformative. He doesn’t suffer from false modesty, but the loose and associative form of his memoir means that there’s no real attempt to sum up and take stock. For the record, he took a hidebound and largely parochial publishing world by the horns, exposed British readers to bold new writing from Europe (including the hitherto unexplored literature of the Balkans) and America, and in the process used his imprint to put out books by Alger Hiss (though subsequent research has shown that the most celebrated ‘victim’ of McCarthyism may not have been untainted) and about the war in Algeria, one of the dirtiest and most vicious in modern history. He put his weight behind such unmarketable talents as Ann Quin, author of Berg, and Aidan Higgins, author of Langrishe, Go Down, which was boosted to international success via one of Calder’s bravura performances at the drearily huckstering Frankfurt Book Fair. If any of these names is unfamiliar, I’d recommend a search for Higgins and Quin on Amazon; Robbe-Grillet, too, if you’re feeling hardy. Or Sidney Goodsir Smith’s Collected Poems, one of the treasures of the Calder catalogue. And I say Amazon because it’s increasingly unlikely that you have a genuinely imaginative bookshop, or one at all, at the bottom of your street; vanishingly unlikely that you’ll find anything as seductive (the term is used advisedly) as Jim Haynes’s The Paperback, a pioneering store/hub in Edinburgh’s Charles Street. Calder makes it clear that book-publishing is as nothing without imaginative bookselling, and one of Pursuit’s most engaging stock characters is the small provincial bookseller who will take multiple copies of obscure French romans, dark Irish narratives like the Beckett trilogy, which Calder put out together as the author wished, or scouring political exposés, simply because he’s in it for the love of books, not profit or corporate laddering. It’s a lost, but not quite forgotten, world.

The most significant addition – in the sense of looking forward – to this update of Pursuit is a short afterword by Alessandro Gallenzi whose Oneworld Classics ten years ago began negotiations to take over the Calder imprint and bookshop and to transfer one of the most important literary lists in English to a new steward. The revamped list begins to appear this summer. Pursuit offers a grand overture. 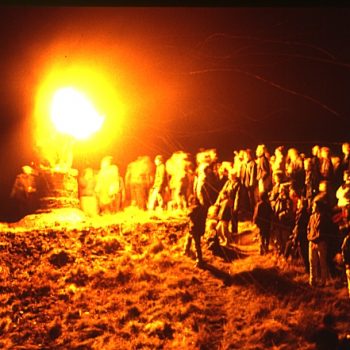 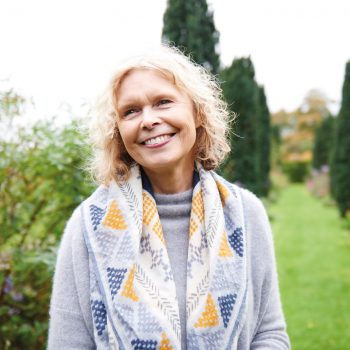