Warning: session_start() expects parameter 1 to be array, string given in /home/customer/www/scottishreviewofbooks.org/public_html/wp-includes/class-wp-hook.php on line 292
 Who do you love? – Scottish Review of Books

Holy Isle, Arran: Bunting met her second husband in one of its caves. 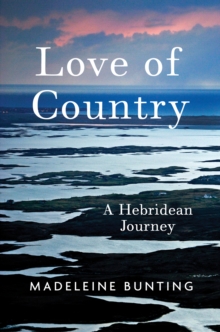 Love of Country: A Hebridean Journey

You can assume that the ambiguity in the title of this dense, lyrical and thrillingly intelligent book has been carefully mused over. I should disclose immediately that I’m in the end credits, along with some other usual suspects, as an early adviser.

I can confirm Madeleine Bunting has made a beautiful construction from her sources. But we live in a period where the very mechanics of patriotism and nationalism are being laid bare, and often reengineered. So the question of what you love, and how you love, when you love your country, has more than a Hebridean significance. For all the stirring blues and reds of Murdo MacLeod’s sumptous, touristic pictures of Uist on the front cover, Bunting – formerly a Guardian columnist, at the weightier end of the spectrum – is very much alive to these issues.

The main travel paths of Love of Country seem to have been conducted in the summer months leading up to the September 2014 independence referendum (though the whole period of engagement is over a period of six years). In quite a strange position – after the bibliography and index, and deep into the acknowledgements – Bunting admits to being ‘torn’ on the question of Scottish independence. She is strung between her ‘sympathy for a nation deciding its own destiny and finding in the quest for nationhood a solidarity, sense of purpose and political engagement which has eluded Britain over much of the last generation’. But Bunting admits that she is ‘for better or worse, British, and believe that identity would be impoverished in countless ways by Scottish independence – this book is a bid to surface this issue’.

Yet how it is ‘surfaced’ – itself a telling term – is fascinatingly odd, in a stylistic sense. There are many stretches here which are pure nature writing – rapturous exultations upon rock, machair and sea, on spaghnum moss and red-flecked volcanic rock. However, these erupt -– often disconnectedly and randomly – in the midst of tricky though judicious explorations of topics like land, capitalism and politics, or where the identity boundaries of Britain, Scotland, Empire or the Gaidhealtachd lie.

It is as if Bunting wants to stake the claim for one form of ‘love of country’ – what the evolutionist E.O. Wilson might called “biophilia” – against another form, more power-laden and world-historical.

Her question is not explicitly stated, but it presses throughout: Can she be allowed to love the countryside of north-west Scotland, while maintaining a complex and non-committal position on the politics of Scottish patriotism itself? Of course, that’s allowed – indeed, that’s a turbo-charged necessity. Vast marketing campaigns from agencies like Visit Scotland are constructed on exactly this basis. What has been branded a peaty and sparkling ‘ScotSpirit’ – a meme not visibly connected to politics or current affairs – aims to coil itself round the Visa cards of the weary, high-disposable-income workers of the world.

In the same way as the often excellent potted histories of cities and countries in books by Rough Guide or Lonely Planet function, I would unhesitatingly recommend Bunting’s book to any of my more learned global peers planning a holiday visit to the Hebrides. Their consumer experiences would certainly be more resonant, and respectful, as a result.

Bunting makes it touchingly clear that her Scottish ‘love of country’ is as much about love as it is country. She is clearly fuelled by intense memories of family holidays – sleeping with siblings in the back of a overnight van from London, waking up to what they called the ‘Promised Land’. And then a vacation of plowtering around in burns and hills – not in the Hebrides, but in Amat, near Strathcarron on the north-east coast. Bunting also tells us she met her second husband, while both of them were at Buddhist retreats, meditating in caves on the Holy Isle. And she is wholly wry about the tangle of religions and spiritualities that coil across the island, now a destination for hardcore spiritual tourists.

Indeed, you couldn’t fault Bunting for her well-researched awareness about what she is encountering in the Hebrides and ‘where she is coming from’, as she italicizes the words herself. What is a delight in the book is the way that she understands the central historical, cultural and political struggles lying behind the greens, browns and blacks of the Hebridean vista. But she is also quirky enough to note where the flows of the world – whether from the Gulf Stream or plutocracy, literature or Hollywood – have fetched up on these island beaches and grounds. We discover that the island of Harris, at its most moon-like, provided a Jupiter backdrop for Stanley Kubrick in 2001: A Space Odyssey.

She also describes, in detail and with a quiet contempt, the playground excesses of Empire-era landowners such as George Bullough on Rum, and Lord Leverhulme on Lewis. The former, the son of a Lancashire cotton baron, was a rank mix of libertine, game-hunter and botanist, the latter a Robert-Owen-like planner and ‘improver’, who found the locals weren’t for being improved. As Bunting wanders around with her family, she regularly changes her route, to circumnavigate one privately-owned shooting ground or another.

She is a lefty, is Bunting, no doubt about it. I loved her account of how Gaelic has been a ‘resisting force’ to a capitalism that ‘turns place into abstract space’, and ‘human relationships a calculation of self-interest’: ‘Gaelic provides a language in which to experience how the living and the dead are connected and held by relationship… [It relieves] the burden of individualization, with its often neurotic quest for affirmation and recognition, in which all forms of relationship and solidarity – whether of family, neighbourhood or nation – become brittle and provisional.’

In her account of Iona, where the late MP and lamented leader of the Labour Party John Smith is buried, Bunting tries to force (a bit too hard for me) the inspiration of the island’s religious community on current politics, as a series of ‘moral projects’. Her citation, in this regard, of smoking wrecks from New Labour – like Alastair Darling, Gordon Brown and Douglas Alexander – is hardly persuasive. However, she is sharp enough to always keep in mind how a ‘Romanticism’ about Hebridean life has almost always been functioning in someone’s power game. Bunting notes acutely the nineteenth and twentieth century shift (effected via the Ossian poems) of the image of the Hebridean – from childlike savage to noble warrior, who then enlists in wildly disproportionate numbers for imperial military duty. But she has also talked to revisionist historians, including James Hunter and Tom Devine, to know how the native betrayal of lairds, as much as metropolitan dispossession, is as much part of Hebridean history.

In those closing pages, she states that ‘the real challenge that lies ahead is for England, to reimagine itself and to move finally beyond its histories of empire and domination of Celtic neighbours, to develop new political structures to share this multinational archipelago’. Now, a Nationalist would respond that without Scotland’s endless constitutional challenge, would this question even be asked in the first place?

The sovereignty question will morph and change, as it may. But I doubt that any contending party could find a more reflexive, adaptive and open-hearted and adaptive Briton than Madeleine Bunting, in this impressive book. As the stushie of self-determination continues to intensify, we may come to value her rich and nuanced love of country highly. 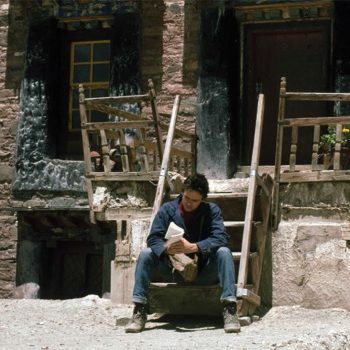 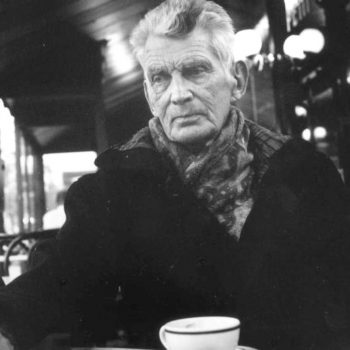 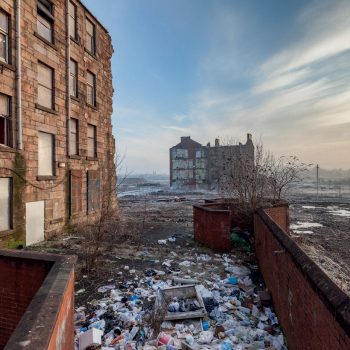 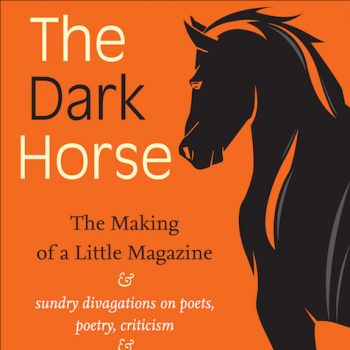