Warning: session_start() expects parameter 1 to be array, string given in /home/customer/www/scottishreviewofbooks.org/public_html/wp-includes/class-wp-hook.php on line 307
 SRB Diary: In the Merchant City – Scottish Review of Books 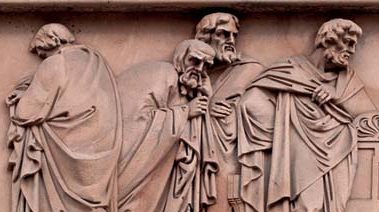 From time immemorial Glaswegians and Edinburghers have rejoiced in mutual disrespect. Early visitors to Glasgow were apt often to compare it to its rival an hour or so away as ScotRail trundles and invariably they favoured the latter.

In 1773, Samuel Johnson, on his first (and only) visit north of the border with his disciple James Boswell, felt unable to add much to that which had already been said. ‘To describe a city so much frequented as Glasgow,’ he wrote, ‘is unnecessary.’ Four unearth-shattering paragraphs later he had done with it and was on his way to Auchinleck to meet Boswell’s long-suffering father. Boswell, meanwhile, in his parallel account recorded that the odd couple put up at the Saracen’s Head Inn, which had been recommended to him. It certainly seemed to please Johnson who ‘put a leg up on each side of the grate, and said, with a mock solemnity, by way of soliloquy, but loud enough for me to hear it, “Here am I, an English man, sitting by a coal fire”.’

MOST modern travellers, however, know better than to patronize Glasgow and its denizens. When I first visited umpteen decades ago its reputation as a place inhospitable to shrinking violets and anyone prone to nosebleeds preceded it. More often than not this was exaggerated. Now and then, though, one experienced moments when a cowardly exit was necessary to preserve well-being.  Complete strangers were apt to accost you in bars and ask where you came from in a tone that might best be described as menacing. Once, in a howff frequented by journalists, I was with an editor when a person unknown to us both interrupted our conversation and was decked by my companion for his rudeness. What surprised me was the casualness with which this occurred and the lack of concern for the fellow’s health by other boozers. The conclusion I drew was that it was a quite normal thing to happen. It all contributed to Glasgow’s air of unpredictability. When I wrote a diary for the Sunday Herald I was frequently approached out of the blue by readers eager to express their point of view. ‘Gonnae nae dae that?’ said one elderly dame as I queued at the checkout in Tesco’s in Ingram Street. ‘Excuse me?’ ‘Gonnae nae dae that?’ the dame repeated, this time with as much aggression as you can muster while humping a basket laden with cat litter. My first thought was that I must have haplessly offended her and sought to make amends but she was gone  before I could say a word. Gonnae nae dae what? I’ve often wondered.

IN the building in which we live in the Merchant City – the old Sheriff Court, formerly the County Buildings – Chopin, the Polish composer and pianist, once gave a concert. The year was 1848 and Chopin was 38 and already in life’s departure lounge. His performance was generously reviewed in the Glasgow Constitutional, which praised the ‘overflowing stream of delicious melody’. I’m told there used to be a plaque commemorating the event but if there was it has long gone, perhaps nabbed by the well-lubricated opera singer who used to regale us in the wee sma’ hours with selected highlights from Tosca and La Traviata. Such impromptu offerings are typical of Glasgow. Last month an elderly fellow dragged a leather armchair on to George Square, set up a ghetto blaster, sat back as if to savour a post-prandial brandy and, at ear-splitting volume, generously shared his passion for Perry Como and Dean Martin with all and sundry.

To walk along Argyle Street, Buchanan Street and Sauchiehall Street is to be assailed at intervals by every genre of music imaginable; country and western, bagpipes, blues, folk and jazz, often of an extraordinarily high standard. This may be an indication of Glaswegians’ eclectic taste. On YouTube there is a film of Frank Sinatra on the steps outside the Royal Concert Hall singing ‘One For My Baby (One More For The Road)’ and surrounded by disinterested shoppers and studied lunchers. The date – 2009 – is the only giveaway that it isn’t Ol’ Blue Eyes himself.

Sinatra made two visits to Glasgow, the first in 1953, when fans of a certain gender swooned over ‘his prolonged notes’. There was a similar, if rather more raw, reaction to a performance in 1983 at the Apollo by Tom Jones, whose pelvis was second only to Elvis’s as an object of female adoration. ‘Most of the  audience,’ noted Billy Sloan, doyen of music journalists, ‘were tipsy women – quarter bottles neatly concealed in handbags – who were determined to have a rerr terr and a good ogle’. One woman spoke for all her kind when she hollered: ‘Wid ye just look at that boady. He’s the only singer in the world I’d haud in a pee fur…’

ALASDAIR Gray’s Lanark, published in 1981, is rightly regarded as a landmark in the history of the Glasgow novel. Its most famous passage is that in which the hero, Duncan Thaw, rants: ‘What is Glasgow to most of us? A house, the place we work, a football park or golf course, some pubs and connecting streets. That’s all. No, I’m wrong, there’s also the cinema and library. And when our imagination needs exercise we use these to visit London, Paris, Rome under the Caesars, the American West at the turn of the century, anywhere but here and now. Imaginatively  Glasgow exists as a music-hall song and a few bad novels. That’s all we’ve given to the world outside. It’s all we’ve given ourselves.’

It is one of the saddest passages I’ve ever read. For what Thaw is articulating is a brutal truth. The ‘music-hall song’ to which he alludes is surely ‘I Belong to Glasgow’, that lachrymose, sentimental anthem much favoured by men who are fu and unco happy. There is rather more choice when it comes to bad novels. Top of most lists would be No Mean City written by Alexander McArthur and H. Kingsley Long, which was first published just over sixty years ago and whose influence has proved difficult to dissipate. Its hero is called Johnnie Stark, ‘a product of the Gorbals’, aka ‘the Razor King’, who terrorises the city with his unbridled violence. Reprinted multiple times, it sold over a million copies and spawned countless equally cynical and distorting imitators.

No Mean City’s enduring success is surely in part at least responsible for Glasgow’s image as a domain of hard men and lethal ne’er-do-wells, which is perpetuated today in countless crime novels. Thaw/Gray was right, though, when he pointed out that representations of Glasgow in literature and music were few and far between and that those that did exist were generally woeful. In painting, there were of course the ‘Glasgow Boys’ – James Guthrie, John Lavery, Arthur Melville, George Henry and E.A. Hornel – but their subject matter was not Glasgow. On the contrary, they preferred seascapes and landscapes, the Middle East and the Mediterranean. Leaf through any book on them and the absence of Glasgow is striking. Nor, looking back, were there any Glaswegian poets of note. William McGonagall, however, could always be relied on to produce doggerel to order, as in ‘Glasgow’ (1891):

Beautiful city of Glasgow, with your streets so neat and clean,

Your stately mansions, and beautiful Green!

Likewise your beautiful bridges across the river Clyde,

And on your bonnie banks I would like to reside.

WHY there was such a paucity of artistic endeavour is not easily explained. There were novels written in Glasgow in the nineteenth century but none you would want to read now. Douglas Gifford, in his invaluable essay, The Dear Green Place? The Novel in the West of Scotland, cites as a rare example of a book that has ‘Glasgow and Strathclyde as an intimate and defining place’ Sarah Tytler’s St Mungo’s City, published in 1885. That was the same year that saw the appearance of Twain’s Huckleberry Finn and Zola’s Germinal. There was an improvement both in terms of numbers and quality in the first half of the twentieth century but nothing really that made much of a stir beyond Gourock and Greenock. George Blake was popular in his day, which coincided with the sinking of shipbuilding but, as Gifford intimated, ‘At best his novels placed Glasgow within Renaissance Scotland; at worst they creaked with wooden speeches and stereotyped pictures of a working class.’ Other writers who may be mentioned include A.J. Cronin and James Barke but even when their novels were first published – e.g. Hatter’s Castle (1939) and The Land of the Leal (1939) – no one could convincingly argue that they were breaking fresh ground in the form. Better was to come in the second half of the twentieth century but Glasgow, which ought to have given us an Augie March or a Rabbit Angstrom, remained mired in the literary doldrums. The first Glasgow fiction I read with any sense of something new occurring was Alan Spence’s collection of stories, Its Colours They Are Fine (1977) which was followed four years later by Lanark, which, like so many of the best novels is simultaneously, unashamedly, intensely parochial and brazenly, ambitiously universal. The key to it lies in Alasdair Gray’s ability to recognize that while all life may be in Glasgow there is also life beyond it. 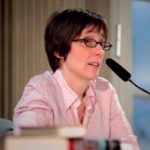