Warning: session_start() expects parameter 1 to be array, string given in /home/customer/www/scottishreviewofbooks.org/public_html/wp-includes/class-wp-hook.php on line 307
 Sutherland’s Law – Scottish Review of Books 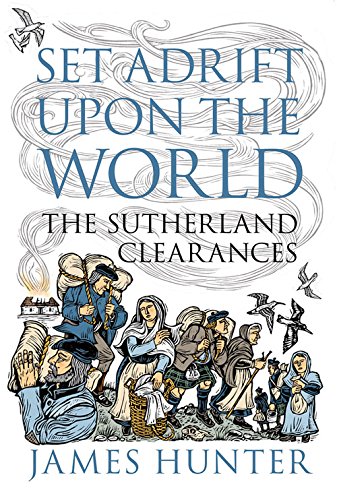 NOTHING in all of Scotland’s history – the weepy career of Mary, Queen of Scots; the ’45 and its appalling aftermath; the hammer-blow of the Great War on communities and industry; Margaret Thatcher’s premiership, or the high drama of the late independence referendum – is as emotive a topic as the Highland Clearances. They are still bitterly recalled in assorted Hebrides and little-visited glens of Lochaber; still raised rhetorically, at a new given threat to local interests, as a sort of pet grievance – and still largely forgotten by broader, metropolitan Scotland. Some have been bolder. In his controversial Wild Scots (2005) Michael Fry insisted that the Clearances were greatly exaggerated; that in the long run they were to the benefit of the Highland people and should not be used in fostering the modern sense of Scottish victimhood.

Fry’s position is more nuanced than the generally outraged comment at the time reflected. The overall population of the Highlands and Islands continued to rise in this period. There was, simultaneously, the practically forgotten expulsion – if by more subtle duress, such as hideously raised rents – of untold families in rural lowland Scotland. There are still Highland tenants. But there are no crofters in upland Lanarkshire. The Clearances are in fact a matter of high complexity and refer, really, to three distinct events in roughly the century leading up to the Crofters Act of 1886, which finally granted security of tenure and greatly clipped the winds of lairds.

There was, first, a process of wholly voluntary emigration – largely to the Americas – in the latter decades of the eighteenth century, as thousands sought a better life of their own free will. These critically included a high proportion of the ‘tacksmen’, the larger tenants and the natural leaders in Highland communities, leaving a vacuum readily exploited in what was to come. It was the landed interests who lobbied successfully for Parliament to stem this outflow of cheap labour, as the kelp-boom offered fat profits during the Napoleonic War, by setting a minimum fare for Atlantic passage beyond the means of most Highlanders. They besides imposed a new system of land-tenure – crofting – deliberately engineered so that other, ancillary employment was essential for subsistence.

And when the war ended and the value of kelp crashed, there followed the ‘Sheep Clearances’ – the deliberate and wholesale eviction not just of families but of entire communities, hounded to wretched rocky parts of the cost or driven onto emigrant ships, so that the land they had tilled and enriched for centuries could be let out at lucrative rent to Lowland farmers and their stupid-eyed Cheviots. They ended in the ‘Famine Clearances’ of the 1840s, when the potato crop failed through successive harvests; there were particularly appalling events in South Uist. And, though by the late 1850s. the Clearances as such had ceased, and land-use shifted more and more to playgrounds for the sporting gentry, Highlanders remained not as much kicked out as mucked about. They lived for the most part, for instance, in wretched hovels; there was not the least incentive to improve your home, when the cynical factor might take note and annexe it for another tenant to whom he owed a favour.

That all this happened is incontestable. It has been movingly documented throughout Hunter’s earlier volumes of Highland history. Entire Canadian communities were created by it. Terrible stories are still spat out in the oral tradition. The ruined, deserted hamlets, the long-cleared little islands, can be seen throughout the region – and most famously in Sutherland, where lush and long-peopled glens such as Strathnaver, Kildonan and Strathbrora were swept of their inhabitants, at the hands of the local agents of the Marquis of Stafford and his marriage from Hades. He, George Granville Leveson-Gower, brought English estates, vast wealth, a hard business head and entire ruthlessness to the wedding-breakfast; she, Elizabeth Gordon, Countess of Sutherland, brought vast Highland lands. (In 1833, when all was done, they would be elevated to Duke and Duchess of Sutherland, and a 100-feet statue of His Grace still infamously defiles the summit of Ben Bhraggie, though there are occasional attempts to topple it.) It says something for their style of life, amidst the million and a half acres they owned, that on visiting them at Golspie Queen Victoria herself mewed that ‘I have come from my house to your palace…’

We know about the Sutherland Clearances in some detail not just because it was bitterly documented by some of the victims – notably Donald MacLeod, evicted from Strathnaver, whose Gloomy Memories especially excoriate conniving local clergy – or that there was an associated trial for culpable homicide; but because it was all unabashedly recorded and in high smug detail by the men who directed them. For example, in 1809, Stafford recruited three men to suggest and enforce ‘improvements’ to his Highland empire, much as you might today invited consultants to your business for a time-and-motion study. The names of James Loch, William Young and Patrick Sellar are yet detested; their entire contempt for ordinary Highlanders beyond dispute. Sellars recorded happily that ‘Lord and Lady Stafford were pleased humanely to order the new arrangement of this country. That the interior should be possessed by Cheviot shepherds, and the people brought down to the coast and placed in lots of less than three acres, sufficient for the maintenance of an industrious family, pinched enough to cause them to turn their attention to the fishing. A most benevolent action, to put these barbarous Highlanders into a position where they could better associate together, apply themselves to industry, educate their children, and advance in civilisation…. the aborigines, the common people, are effectively cowed.’

It was delivered by such benevolent actions, in 1814, as deliberately burning the hill-grazing throughout much of the huge county’s interior, so that there would be no grazing for beasts and entire communities would be compelled to move. Writs for eviction had already been served that winter. That May, Sellars’s thugs moved into Strathnaver in force, the roaring of bewildered cattle and the screaming of terrified children creating entire bedlam.

Soon, ‘all was silence and desolation’, runs one contemporary account after the erasure of another local hamlet. ‘Blackened and roofless huts still enveloped in smoke, articles of furniture cast away as of no value to the houseless, and a few domestic fowls scraping for food among the hills of ashes were the only objects that told us of man. A few days had sufficed to change a countryside, teeming with the cheeriest sounds of rural life, into a desert.’ Sutherland is a desert still, as James Hunter bleakly observed in 1992. But the power of his new and detailed study – scrupulously researched, lucidly written and beautifully observed – is that he goes in another direction entirely from rehearsing widely known atrocities or unduly inflicting us with the self-congratulatory prose of the men who orchestrated them. Instead, he focuses on the thousands of people afflicted – real individuals, ordinary families – and not just as victims (though their despoliation and sufferings are duly recorded) but as tough, resourceful folk who somehow managed to rebuild their lives, thousands in another country.

The great city of Winnipeg, for instance, in the Canadian province of Manitoba, was founded by Donald MacKay and other determined sons of Sutherland determined to outrun the Marquess of Stafford and his dogs, as Hunter records. Donald MacKay was a remarkable individual. Indeed it is an arguable proposition that today’s world owes more to his activities than to the much-trumpeted accomplishments of Loch and the Staffords. Two centuries after the ‘improvements’ brought about by James Loch and his employers, Sutherland contains some 13,500 people, about 10,000 fewer, incidentally, than lived there two hundred years ago. The population of Manitoba, the Canadian province MacKay’s ‘travels’ helped open up to trade and settlement, is nearly a hundred times larger, while a Sutherland town like Brora, of which the Marquis and Marchioness of Stafford expected so much, cannot meaningfully be compared with Manitoban cities like Brandon, its origins traceable to one of Donald MacKay’s trading-posts, or Winnipeg, which MacKay helped supply with its earliest settler.

It is Hunter’s keen focus on the dispossessed that lends Set Adrift Upon The World peculiar power, and neatly counters the old charge that the Clearances cannot reliably be documented from official records or much later and probably embellished recollection (such as the evidence given throughout the Highlands to the Napier Commission in the early 1880s.) And his prodigious research shines through on every page. Hunter trawled archives in Scotland, England and Canada; personally visited Hudson Bay in a howling December to get a sense of what outcast Highlanders must have felt there, and furnishes sixty-six pages of notes, sources and bibliography as well as a scrupulous index. The volume, as one expects from Birlinn, is beautifully bound and illustrated, with a large section of colour plates. Hunter, a gentle son of Duror in north Argyll, has been long recognised as a brave and disciplined historian of his people, with keen eye for detail and disciplined moral outrage. Had he never written another book, Set Adrift Upon the World would alone make his reputation.

Nothing can do for the Staffords. In the 1980s, Sutherland estate publicity assured local tourists that much the same thing as the Clearances ‘is done today by local town councils’. 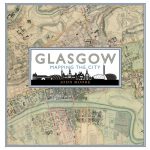