Warning: session_start() expects parameter 1 to be array, string given in /home/customer/www/scottishreviewofbooks.org/public_html/wp-includes/class-wp-hook.php on line 307
 Panama Hell – Scottish Review of Books 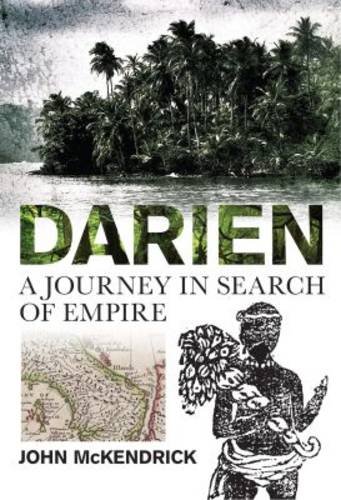 WHEN rumours leaked out that the Scots were considering setting up a trading colony in Panama, the Prince of Orange, William III, denounced them as ‘raging madmen’. Even the Pope waded into the growing chorus of disapproval, condemning a venture that threatened to undermine the Catholic believers in the region, who would be at risk of moral corruption by the incoming horde of Presbyterians.

In the face of opposition from such elevated figures, quite apart from the more reasoned reservations of understandably cautious Scots, is it any wonder that those behind the scheme went ahead regardless? Annoying the Pope merely added piquancy to the adventure. And, while the Scots and English might share a king, old suspicions and enmities simmered, and even at times erupted into a angry boil – as was later to become the case when William’s patience with this presumptuous act ran out.

The Company of Scotland, whose project this was, wilfully interpreted their naysayers’ warnings as symptoms of jealousy and fear of their success. As the project’s founding father, William Paterson, himself a founder of the Bank of England, had assured shareholders, when Caledonia was established on the strategic giraffe’s neck of land that lay between the Atlantic and the Pacific, ‘Trade will increase trade, and money will beget money.’ He portrayed such a halcyon future, it is no wonder so many Scots poured money into it. If this bold colony would bring Scotland untold wealth, and sicken its trading and political foes in the process, why would anyone hold back?

The story of the calamitous Darien venture has come down the years as Scotland’s commercial equivalent of Flodden. Depending on your political or temperamental point of view, it is possible to cast it as the low water mark of Scottish hubris and ignorance, or of a covetous but courageous attempt to rescue the country from extreme poverty. John McKendrick’s new portrait of events, while deeply sympathetic to the colonists’ suffering, takes a judgemental position. Given how ill-conceived, half-baked and under-prepared the expedition was, one cannot altogether blame him. Where some readers will part company with him, however, is in the unionist drumroll that runs beneath the narrative. As he states at the outset, ‘The failures that befell the Scots in the green jungles of Darien were to push the reluctant Scots down another path, a very different Odyssey, that would lead them to greater fame, greater trade and greater riches: the Act of Union.’

Nor is he the first to see similarities between the bankrupting of the Company of Scotland, and by extension the rest of the country, and the near collapse of the Royal Bank of Scotland in 2008, and its impact on the independence referendum: ‘The parallels to the effect on the Scottish economy of the collapse of Caledonia following the widespread subscription and the resulting need for Union in 1707 are obvious.’

What follows is a very personal take on the Darien scheme. McKendrick, who was born in Alexandria, schooled in Glasgow and went to the London School of Economics and Oxford University, is a barrister in England and the Caribbean, where he lives in Panama City. His history is interleaved by his own exploration of the tropical nightmare that was Caledonia in 1698-1700, as he finds the remnants of the colony, and hunts in vain for the graves of the deceased, of whom there were tens of hundreds. But it reads also like a voyage of political affirmation, bolstering his belief in the Union’s saving powers, and his incredulity that otherwise savvy Scots of the late seventeenth century could have been so reckless – as were those in 2014, he implies, who voted yes.

When you consider the backdrop against which the Panamanian colony was conceived, there is no mystery. By the mid-1690s there was an urgent need to find a way to fill the nation’s coffers, which were so empty they could have floated off down the Clyde behind the Darien fleet. Underdeveloped even by the standards of the time, Scotland had suffered a terrible run of famine years following disastrous harvests. Though the numbers are not known, it has been estimated that upwards of a quarter or even a third of the country might have perished as a result. In this context, the Darien venture as outlined by William Paterson promised the end to hardship. This might explain the lack of planning that went into it, and the overenthusiastic response by shareholders, who included not merely the aristocratic and merchant classes, but soap boilers, servants and even women.

‘The Scots’ timing was terrible,’ McKendrick writes. ‘Their appreciation of European diplomacy was inept… They completely failed to understand that they had placed themselves in the beating heart of the complex Spanish imperial system.’ Although he makes it sound as if the Scots were particularly naive in underestimating the Spanish when in fact it was a mistake many in Europe made at that time, believing the Spanish empire’s power to be waning, he is right to pinpoint the most crucial error the Scots made to effectively sticking their heads into the lion’s mouth. The Spanish considered the Darien peninsula theirs, and they would not lose it without a fight.

But there were many other errors too, and as the story unfolds they form a catalogue so woeful, it reads more like a lament or a cautionary tale than a slice of history. The nation that in 1696, when the subscription book for the scheme was opened, believed itself to be God’s chosen people was given much evidence to suggest the opposite. The first expedition, in which Paterson sailed, was beset by illness and hunger. Paterson’s wife was dead within two weeks of arrival, as were hundreds of others, countless tossed overboard on the outward journey. More bibles, wigs and alcohol were packed in the ships’ holds than food and water, and in the tropical conditions of Panama, where they had to hack down jungle to build their own huts and forts, and make alliances with native Indians who did not speak English, exhaustion and uncertainty took hold. The ‘poor leadership and bickering’ that typified the Company of Scotland in Scotland, were echoed among the men in Darien, leading to confusion, low morale and treachery. When it became clear that the Spanish were anything but relaxed about their arrival, fear was added to the brew, and rightly so.

William III’s provocative proclamation banning any English in the region from offering help to the colonists worsened the situation. For William, intent on protecting his alliance with Spain against the French, for fear of his native Holland being destroyed, this was an essential precaution. Of course it added fuel to the notion that the English were to blame for the Darien debacle. As McKendrick writes, with obvious if faintly anachronistic disdain, ‘nationalism was again used to deflect attention away from the failings of the Company of Scotland to the auld enemy’. But the English were not the culprit, or not entirely. The Caledonians were meddling with one of the most potentially lucrative emerging markets in the world, and would not be allowed to go unchallenged. Even without William’s implacable opposition, their aspirations of creating an international trading hub and defending themselves against rivals who felt their territory was being encroached upon, would have been hard to attain.

Weakened by malnutrition and depleted by disease, the remaining colonists left for good after seven months but, ignorant of this, a second expedition landed in November 1699. Rumours reaching Scotland that the colony had been deserted had been dismissed as scuttlebutt. Thus, a shock lay in wait for the new arrivals. Among them were four ministers, the Kirk being a staunch backer of the scheme. Fortunately for posterity, the hell-fire preaching Reverend Borland kept a diary, and records their landing: ‘Expecting here to meet with friends and countrymen, we found nothing but a waste, a howling wilderness.’

Things were to get a lot worse. There was a moment’s respite from bad luck when under the charge of Captain Alexander Campbell of Fonab the colonists trounced the Spanish at Tubuganti. This success was greeted with immoderate excitement in Scotland, especially among Jacobites who warmed to any news that might irk the Protestant William. The result was a night of carousing and mob rule in Edinburgh, when the tollbooth was broken into and prisoners set free. In one of a handful of pleasingly novelistic passages, McKendrick notes: ‘alcohol turned the anarchy of the night into the thick hangover of a grey Edinburgh morning’.

It would be an equally accurate description of the Darien venture. By March 1700, the colonists had been obliged to capitulate. Among the survivors, who sailed for Jamaica, was the Reverend Archibald Stobo. By good chance, he was on shore when fire broke out in his ship, and 200 drowned off Charleston, where he subsequently made his home.

This coastline is only one of McKendrick’s places of pilgrimage as he adds flesh to the bones of this often told, but still not fully understood story. Others include Bluefields Bay, in south-western Jamaica, where the colonists stopped off on their return journey, many of them to die. But most interestingly of all is Darien itself. In McKendrick’s hands, the sweating jungle comes alive, with spiders the size of saucers, heat ‘that was shocking, even frightening, in its claustrophobic intensity’ and inhabitants who veer from the friendly to the alarming. He is a congenial companion, a romantic, one suspects, who is passionate about his subject. As he follows in the colonists’ doomed footsteps, he is dogged in his attempts to imagine what a place where disease and malaria are still deadly, must have felt like to travellers 300 years ago who arrived without any conception of what lay in wait. His concern is palpable, as when contemplating the hundred or so women who were part of the second expedition, many of whom were unaware they had already been widowed: ‘we know little of the reaction of these brave women who sailed across an ocean to be with their husbands, women who found themselves not just alone in a foreign land but forced to grieve their loss under terrible circumstances.’

As a history of the Darien Venture, McKendrick’s cannot compete with the fluency and dramatic pacing of John Prebble, the master of popular history. His account is so heavily studded with characters it can grow confusing, although it is never less than gripping. But where he is at his strongest is in the contemporary chapters that throw a most enlightening angle from modern day Panama and the Caribbean onto the events of three centuries past. One is less convinced by his unionist perspective when it comes to using this part of history as a hammer with which to bludgeon today’s yes voters. Yet no one can deny that it was Scotland’s pitiful economic position that helped bring about this calamity, and ushered us into a union, for which fewer than one percent of the population wished. It was an alliance, as McKendrick rightly reminds us, out of which we did tremendously well. The more powerful and original message of this book, however, is to remember the human suffering and ordeal among the colonists, for whom this is a feeling epitaph.

What is not mentioned, though, even in passing, is that Scotland’s shame might easily have been England’s. In 1697, the year before the Caledonians set sail, the English Board of Trade produced a report whose conclusion was that it would be ‘no very difficult matter for any European Prince or State to make some secure settlement on the Isthmus of Panama’. We might have been deluded and desperate and greedy, but in that we most certainly were not alone. 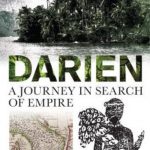