Warning: session_start() expects parameter 1 to be array, string given in /home/customer/www/scottishreviewofbooks.org/public_html/wp-includes/class-wp-hook.php on line 307
 Oor Willie – Scottish Review of Books 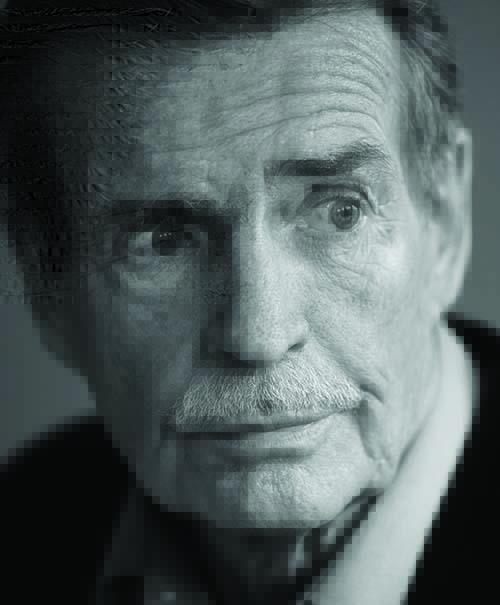 WILLIAM McIlvanney chose ‘Growing Up in the West’ as the title of his contribution to Karl Miller’s 1970 collection of essays, Memoirs of a Modern Scotland. ‘It is perhaps not too fanciful to suppose,’ he writes, ‘that special contour lines of experience invisibly demarcate certain regions from others or that the West of Scotland, where nature and industry contend along the seaboard, is one such region. Certainly, the towns there have always seemed to me to form a loose fraternity, to sport flora of matching colours and breed fauna of like habits.’ One of these habits, perhaps, is the need to begin by establishing credentials, which McIlvanney does by delineating his working class background and how he has ‘seen service on the fronts of Troon, Prestwick and Ayr’. The title too is a nod to the great Ayrshire writer John Galt, who proposed Tales of the West as a collective name for his writings, but its aptness isn’t entirely geographic. Ayrshire has always had a touch of the Wild West about it, a sense of being on the edge, with everyone else agin you.

Our metaphors are gleaned from endless reruns of cowboy movies, and it goes without saying that we like both kinds of music: country and western. The streets of McIlvanney’s Graithnock holds the dangerous possibility of ‘the wild frontier’. In The Kiln, Allison muses that ‘chaparral’ might be a handy word for the main street, and young Tam understands his burgeoning sexuality in terms of the Hollywood films showing in the town’s seven cinemas. The proximity of Maddie Fitzpatrick turns him into ‘an Indian in a Western seeing his first white woman’ – ‘How!’ – ­­­and the novel ends with his mind shouting ‘GERONIMO’. It isn’t simply a shared cultural reference; Westerns offer a parallel moral code. As Angus and Conn prepare to fight at the end of Docherty, Angus comments, with something like admiration: ‘Christ. A gunfighter in the family.’

When I read Docherty for the first time, I found it heavy going. I was in my early teens, had read Laidlaw, and decided to use my Christmas book token to buy another McIlvanney novel from Justin Theodas’s newsagent and bookshop in Wellbeck Street. While I must have guessed that Graithnock was Kilmarnock, it was an unrecognisable version of it. The fine old buildings of the town centre had been demolished and it was dominated by what Tam Docherty’s grandson would describe as ‘a kind of monumental slum they called a shopping precinct’. There wasn’t a Mairtin Docherty to ‘conjure exotic past out of mundane present’. The novel might have been set decades before, but it felt too close to the bone: ‘There was childhood, brief as a dragonfly. After that men worked, women had children and kept house.’ That ‘beating a wife unconscious one pellucid summer evening’ did not earn ‘permanent contempt’ because it was ‘too real’ seemed bleak beyond words. Getting out of the town was my priority, and pausing to look back seemed maudlin at best and risky at worst.

While it took me a few more years to get to grips with the novel, and even more to appreciate my home town, its author was a recognisable figure. Once I saw him ‘down the street’, and pointed him out to my friend. I was interested in writing, but the process by which bedroom scribblings turned into the bound pages of a book was entirely opaque. And yet, somehow, this person was a writer. He was from Kilmarnock, and you could buy his books in Theodas’s. I hadn’t yet read The Kiln, so I didn’t think of Tam’s recognition that Alexander Fleming was born in Darvel: ‘An Ayrshireman did that. There’s hope, there’s hope’. I did however convince my friend that we should follow this rare creature. Perhaps he would pull out a typewriter and start writing? He didn’t. He went to the General Post Office in John Finnie Street, where I bought a second class stamp and he withdrew cash. We trailed him down Bank Place and along Bank Street, where he disappeared into the Goldberry Arms. Our school uniforms precluded entry, although apparently it had once been quite the haunt of teachers and older boys from Kilmarnock Academy. The school magazine, which McIlvanney edited in 1954-5, was called The Goldberry.

I regret that we didn’t manage to hear the author hold forth on his home turf. Before the industry went, the culture of the town is described in The Big Man as being made by workers: ‘It was raw. It was sentimental songs at spontaneous parties, half-remembered poems that were admitted into no academic canon of excellence, anecdotes of doubtful social taste, wild and surrealistic turns of phrase, bizarre imaginings that made Don Quixote look like a bank clerk . . . the pub-talk flourished, the stories were oral novels and the songs would have burst Beethoven’s eardrums if he hadn’t already been deaf.’ Meanwhile ‘other people could get on with the higher things, what they liked to call “culture’’’. The Quixotic pub talk may still have been flourishing amongst the men propping up the bar at the Goldberry, but anything else resembling culture was thin on the ground; I’d have seconded McIlvanney’s earlier observation that ‘the mental climate in the West of Scotland is not conducive to the more delicate aesthetic pretensions’. Home my friend and I went, to do our homework and hope that one day our exam results would be enough to get us away.

Few writers have understood the – now much diminished – Scottish relationship with pubs and alcohol like McIlvanney. ‘The excuse of being drunk’ is available to men like Tam Docherty, just as Dan in The Big Man can ‘nip out and have a look at Indo-China’ in order to escape domestic life. In The Kiln, Tom uses the Akimbo Arms ‘to refresh his sense of himself and where he came from, while a very young Jack Laidlaw explains that he’ll have to practise being guttered: ‘Ah think Ah’ll get better at it.’ Not that pubs are always safe havens ‘for killing half-an-hour’. In his poem ‘Casual Meeting’, McIlvanney describes a chance reunion in which two men ‘exchanged / The names of mutual friends like conversation’, ending on the line: ‘People are suffocating, locked in smiles.’ By then the Old Men at Union Street Corner are ‘the survivors, defenders / Of a fortress long since fallen.’

The network of transversals that runs through the Graithnock novels (and beyond) is a masculine one, lubricated by drink. It is in the pubs, along with street corners, pits, Graithnock Academy, and the brickwork, that the paths of characters cross. The High Street of Docherty has ‘an invisible network of barriers and rights-of-way . . . behind it a deep and muffled sense of what it meant to be a man, a realisation that there were areas which were only your own, and that if these were violated formidable forces might be invoked.’ Most resonant of all is the mine. Near the beginning of Docherty we see Tam and Buff, ‘steeping in warmth’ by the fireside, speaking little: ‘Yet their silence was a traffic, more real than words. They had known each other a long time and both were miners. Their friendship was fed from numerous tubers, small, invisible, forgotten, favours like help with shifting furniture, talk in the gloaming at the corner, laughter shared. Intensifying these was that sense of communal identity miners had, as if they were a separate species.’ We need only recall the scenes when Kellingley pit in Yorkshire closed in December to comprehend how resilient that mining culture was, and the sense of loss when it died.

McIlvanney’s Graithnock is ‘an industrial town under siege from farmland’. The claustrophobia of that siege can be broken in two ways. For McIlvanney, ‘the country was an escape route, a place for divesting the identities the town imposed on me and going naked in my imagination’. The Crawfurdland Estate, where I used to walk my dog, becomes for Conn Docherty ‘Indian country’ (in this case an Africa populated by fierce Zulus). If nature is one form of escape, another is books. Conn’s son Tam, the one who will end up able to ‘howk wi’ his heid’ rather than go down the mine, feels the power of reading early on. He ‘became D’Artagnan and Ayrshire was Gascony. Called in for a meal that had nothing to do with him, he found it awkward to sit at the table with his sword on’. In the library – the Dick Institute, it would have been, opposite Kilmarnock Academy – Tam sees a woman ‘trying to find the book which, when she pulls it from the shelf, will – as in some Gothic castle – activate the secret doorway to admit her to a life richer and more dramatic than her own’.

McIlvanney once wrote that ‘to judge working class culture, once you have left it, by the standards of the established literary culture you have entered is to judge it by terms that were created to deny it. You have no option but to impoverish your past. The rules are made to work that way’. It’s an interesting thought, given the working class one-upmanship of much of the Scottish literary scene, and our good Scots tendency towards nostalgia. Wha’s like us? We might look instead towards McIlvanney’s epigraph for The Big Man, two lines from Camus, a writer he admired for the way in which ‘he tried to marry theory with real living, which to me was what socialism was also trying to do’: ‘What is a rebel? A man who says no: but whose refusal does not imply a renunciation.’

Being the first person in the family to go to university does impart that ‘sense of being outside any social norm’ that young Tam Docherty recognises. It is through writing that he realises that ‘You can’t disown your past without becoming no one. To challenge conditioning without trying to eradicate it, to modify it honestly in the light of individual thought, was to become yourself.’ In ‘Growing Up in the West’, McIlvanney writes of beginning to ‘see a marriage between my present and the past which had been mine before I was born’. That marriage is as complicated as any relationship described in the Graithnock novels, and it’s one that can’t take place without investing in the heritage of our towns, in our libraries and in our schools. The kind of education McIlvanney had at Kilmarnock Academy is long gone. Young Tam Docherty might have wondered what the use would be for his Latin and Greek translation skills in Graithnock, but at least he had the chance to acquire them. Here’s then to what McIlvanney considered to be social responsibility: ‘not the need to make sure that people keep their places, but the need to care that each one has the right to the conditions which will give him the chance to fulfil himself.’ That need is greater than ever, and we must hope for strong voices to articulate it. One such voice has been lost. 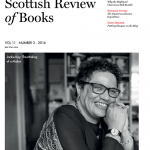