Warning: session_start() expects parameter 1 to be array, string given in /home/customer/www/scottishreviewofbooks.org/public_html/wp-includes/class-wp-hook.php on line 292
 Free at last! – Scottish Review of Books 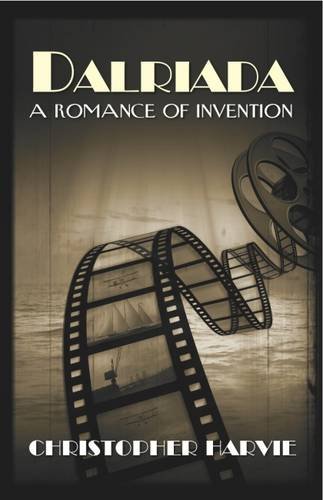 I started writing my one-and-only novel Dalriada during the third ‘Chamber’ reading of the Housing Tenures (Scotland) act on my second-last day as an MSP at Holyrood, February 2011. Fergus Ewing was on his legs. Clause after clause of a sort that made Anthony Trollope’s Potted Peas Committee look like the Court of the Borgias thudded onto the Holyrood carpet. To keep awake I summoned up dour shipbuilder Duncan Muir and another Fergus – Magic MacIvor of Waverley – as Lord Westermain. It was either that or snoring on camera. By the end of the day, and curtain fall of the Third Parliament, I had a plot.

A Bud Neill moment from that now-shrivelled rainforest of the Glasgow press? Be clippie-comic about ‘cheeky wee men wi six dugs’? Or Scots-melodramatic:

You take your choice. I had come back from the centre of industrial Europe to the Caledonia Eventide Home, witnessed the SNP takeover in May 2007. Our Ukanian version of democracy resumed its reign – like metal fatigue breaking-up a supertanker: the cargo bit drifting off while the bridge, crew, engines bit threshed wildly about.

I did what I could to warn. Even before the election Farepak was hurting our most vulnerable savers, the Christmas Club folk. They never saw  their cash again. The Scottish bank heist got me and various journos working out how you did a citizen’s arrest on you-know-who. Billionaires rose tenfold. The BBC’s Robert Peston totted up the impact of the smash at ‘£13 billion’ – or out by a factor of thirty–seven. ‘We all make mistakes,’ Peston told the Economy and Energy Committee. But hey he’s cute! That crazy hair …

Literature and history kept me going. Books could be read on the X95 bus from Gala. So thanks at this point to First Group drivers and the two people who gave me a proper university start in 1962-64: a former Czech socialist, the late George Hammersley, and Oliver Ford-Davies, the only actor I can think of with a PhD. George taught the skills of planning history-writing, Oliver how to put it across.  Making something of a student who scraped into Old College with two Bs and three Cs. Impossible these days …

Dalriada reflects the Scotland that produced, besides superlative spanner-men, women who wolfed foreign languages. Both had the teaching gift and rare humanity. Mum’s best friend Nan Gillespie went to Bletchley and translated Alan Turing’s decrypts. Nan would go on to marry Vincent Buranelli whose father drank in Minsky’s Bar with Damon Runyon.

In 1986 I interviewed Harry McShane, last of the Clydesiders and still red as hell. In 1918, on the run from the cops, he stopped off to repair a bust Bridgeton steam-engine whose ‘disgusting condition’ offended him. The broader post-1960s industrial breakdown disgusted our universities so much they passed by on the other side. Where they have stayed.

Read about that when the fourth edition of No Gods and Precious Few Heroes comes out next year. First published in 1981 – Ah telt ye then! – I feel furious now because overdue university reform is being rubbished by its well-heeled elite: people whose ‘achievements’ leave me cold. Our universities subvert the ‘democratic intellect’; our Principals are on three to four times the salary of their German equivalents, but what’s their social impact? German manufacturing runs at over twenty per cent of GDP; ours scrapes ten per cent.

Where, in the scowling silences of Holyrood’s seminar rooms, were youngsters like those in Tuebingen, or in the old Scots ‘philosophic first year’ – when I scrambled through Moral Phil and the classical economics of Sandy Youngson? It kept me afloat when helping Arthur Marwick set up Open University history in 1969-80. Now it seems spectral as an iceberg.

In early 2008 I used these tools and gained notoriety by bad-mouthing Tesco-towns and Scottish yoof. Getting onto the front pages of both tabloids – fully dressed and not a footballer – was something of a record. The Herald made me ‘Free Spirit of Holyrood’ and then abolished that gong in favour of ‘Councillor of the Year’. Its first recipient fell like Lucifer within weeks for snorting coke.

Given parents in their tenth decade, politics rushing the SNP’s way, nothing for it but to grasp what the Holyrood committees dished up, try to interpret it, and reference our social-critical tradition: the drama rather than the comedy. Not easy. We Scots approve what flatters us. Who has seen Bill Forsyth’s wonderful Housekeeping, based on the 1980 novel by Marilynne Robinson, or offered him more films to make? Why did it take two decades to put tragicomic Tutti-Frutti on DVD?

Scott’s Waverley and Buchan’s Thirty-Nine Steps are behind Dalriada, also Allan Massie. As in that Ridley Scott movie, we have been duellists for decades, and can’t give up. But the plot demanded the Laughing Desperadoes: Carlyle, Disraeli, Peacock, Shaw, Linklater, MacDonald Fraser.  And most of all James Bridie, ignored now but the man whose fingerprints are all over the Scottish – and British – theatre, from Tyrone Guthrie’s great Thrie Estaites to Local Hero.

In Scotland, survive by writing comedy. But follow Mick Jagger. Paint it black. Or, as in Alfred Hitchcock’s movie of The Thirty-Nine Steps (1935) black–and–white ….

I edited Buchan’s original ‘shocker’ for Oxford in 1993. Then I chased after Hitchcock’s famous Robert Donat-Madeleine Carroll caper made in 1935: where else but north by northwest to St Fillans, tweed-clad and with a small, black, cryptic notebook? Dodging agents of a certain foreign power? You never know. Last time I visited was in 1963, trying to stop Sir Alec Douglas-Home from getting elected. But now I reached it in a morning, starting from Scott-and- Buchan’s Tweedside on our bright, wildly-successful new railway, and by the 10.35 train to Perth, birthplace of Buchan.  No, I didn’t jump from any train on the Forth Bridge; though a Thirty-Nine  Steps reliquary at Perth Station (next door to the birthplace) awaited my arrival. Travel to Loch Earn was by bus, as the wonderful branch-lines into the western Highlands were killed off by bureaucrats – and spivs like Ernest Marples – between 1950 and 1965.

In the movie Hannay has to get over the hills to Killin, helpfully named on the scrap of map clutched by stabbed ‘Miss Smith’ in that London flat (Hitch loved awful puns) on the only possible route that crosses the Forth. But he finds a Scotland different from 1914, crawling with boorish crofters, Nazi spies, collaborators, bent lawmen.

This was more authentic than Buchan’s Scotland. No German spies in summer 1914 got west of Rosyth, according to Christopher Andrew’s MI5 history Defence of the Realm. Even in the Red Clyde ‘crisis’ of 1915-16 Whitehall and the Scottish Office used kid gloves as well as the law to keep the Scots loyal, especially after the slaughter of Territorials at Gallipoli and Loos.  Buchan’s shocker was, as much as Ian Hay’s First Hundred Thousand or RW Campbell’s Spud Tamson, a salve for the Volunteer Halls of Kelso or Selkirk: famous for cheap beer and the welcome annual muster: a fortnight away from wife and bairns. Deaths of those from such places were up to six per cent of total population, compared to under two per cent in Glasgow where ‘reserved occupations’ served the armaments industry.

Hitchcock’s own Irish became important:  building munitions works and serving in them. After Easter 1916 they got concessions – notably a Catholic-controlled public education system and a huge franchise extension in the 1918 Reform Act. They rejected Sinn Fein’s republicanism, voted for the Lloyd George coalition or Labour. Many stayed on in Scotland, though Scots attitudes were at best ambiguous. Tories scapegoated them. Buchan, writing Mr Standfast after Glasgow’s George Square riot in early 1919, cited his ‘Gawly’ (Galashiels) trade unionist Andrew Amos lambasting the incomers as little better than the Germans. Did this change?

Donat’s Hannay found in 1935 a Scotland – the louche commercants, the edgy Perthshire cocktail-party, the bent Procurator-Fiscal – out of his director’s East End childhood impressions. No ‘naïve but nice’ Buchan aristos: instead devastating post-1920 unemployment, the powerful anti-Catholic populism of early 1930s Glasgow and Edinburgh, and awareness that some Conservatives and right-wing Catholic gentry – Douglas-Hamiltons,  Maule Ramsays, Douglas-Scotts – were aligned with Mussolini and Franco. Two of Scotland’s biggest industries, chemicals and cotton, were controlled by the cartels I G Farben based in Germany and Cantinieri in Italy.

Rather like Scott’s ‘Young Lochinvar’  Hannay runs off with a girl from this lot. Though this rebellion may be derived from another Buchan novel, A Prince of the Captivity, in which the hyperactive hero Adam Melfort keeps on saving European civilization and dies fighting Nazis in the Alps. After making love to Jacqueline, his girl? The couple spend a night together in an Alpine hut; afterwards

‘Her eyes were the lit eyes of a bride.’  Buchan hero has sex…? But why not…the line of decent fellows has to continue to the crack of doom – roughly where we are now.

Theatreland’s Thirty-Nine Steps is now box office. West Enders want jolly parody, not morality. But left-wing critics such as Mervyn Nicholson in the Monthly Review have remarked on Hitchcock’s warmth towards ordinary folk earning their keep: the balletic waiter in the restaurant car saving his full drinks tray from the scrum of Hannay and his pursuers, the dying Mr Memory gasping out his aero-engine formula: ‘Did I get it right, Sir?’ Peggy Ashcroft as the auld crofter’s young wife saving Hannay’s life (twice) by giving him the coat with the bullet-stopping Bible.

These are decent people, as Buchan and Hitchcock both knew. If my Dalriada has a hero it’s ‘Mister Memory’ – Watson Wilson, human tape-recorder – bright, witty, randy as Flashman, broad as the now-near-desolate Clyde.  He may save us yet.  We will look in vain for such mercy from ‘bankers’ tanks’ foraying over Soutra, caddie cars lockered in pricey clubhouses, empty yachts bobbing in western marinas. Our real tartan noir waits its last trump.

Dalriada: A Romance of Invention 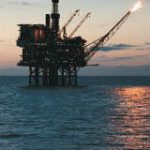 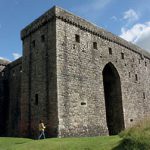 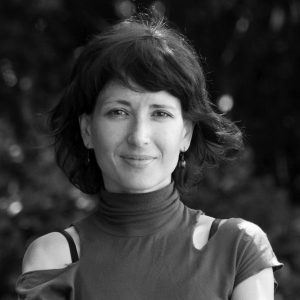 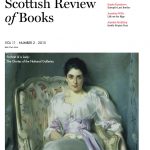