Warning: session_start() expects parameter 1 to be array, string given in /home/customer/www/scottishreviewofbooks.org/public_html/wp-includes/class-wp-hook.php on line 303
 Going Dutch – Scottish Review of Books 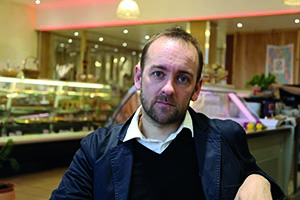 BEFORE he disappears down the rabbit hole George Newhouse curates an exhibition in Amsterdam of work by the seventeenth century minor Dutch artist Pieter Van Doelenstraat. It showcases The Absent Period: ‘dark paintings of empty rooms, abandoned kitchens. Empty beds and solemn, silent instruments’. There’s also a lot missing from Doelenstraat’s life story, and then there are his lost paintings. The exhibition is a success and Newhouse continues his research. He discovers a letter Rembrandt wrote to Constantijn Huygens. It references Doelenstraat’s lost masterpiece ‘The Blue Horse’, the title of Philip Miller’s debut novel. Rembrandt’s note is the start of a paper trail that could lead to the whereabouts of the original painting. Then Newhouse’s wife dies, and down he tumbles into grief, drink and derangement.

We first encounter Newhouse when he has re-emerged from his first fall, and while not exactly a spring chicken he’s definitely above ground. He’s been appointed the Dutch Golden Age curator at the Public Gallery in Edinburgh. His old friend Rudi and his old teacher Martinu both work there. Like any other profession, knowledge and expertise are not enough to succeed. You have to know people and, as Rudi reminds Newhouse, you have to be nice to them.

The Blue Horse clearly sets out to give the art profession a bit of a drubbing, although most of the satire is Horatian (a gentle poke). Rudi is obsessed with penises (including his own) and is preparing a new exhibition on ‘symbols of the resurrection in depictions of Christ’s genitalia’. Miller also has fun with the titles of research papers. Martinu tells Newhouse that a recently ‘defrocked’ academic called Wycliffe has published a study called: The Double Walker: Occult Nodes of Being in Art.In the curators’ meetings business speak dominates the conversations. Discussing the imminent departure of the gallery’s prized Ardrashaig Collection, a nameless bureaucrat says: ‘if we come up with a new plan, an attractive objective, a self-realisation, redevelopment and restructuring, can we convince Ardrashaig Holdings to change their mind?’ Another one chips in: ‘what we have here is target exhaustion…and that does not compete with shareholder value’.

Before it loses its bite, the satire is the best thing about The Blue Horse, and it mainly crops up during dialogue. As for the narrative voice, you would be forgiven for thinking it might be snappy – Miller’s day job is in journalism. However, the prose is frequently hyperbolic and melodramatic. There are episodes when Newhouse is so sad all he can do is remember other times when he was sad. On one such occasion he stops in some snowy woods to think about his wife Ruth: ‘in his ears, the tears from the night before, froze into jewels, into tiny balls of ice’. It’s a recipe for eternal sobbing. But this is a tale of two worlds. The writing can also be sharp and pellucid. For example, a train leaving Waverley is described as moving like ‘like a slow, heavy injection’.

Despite his attempts to clean up and move on, Newhouse isn’t sane for long. Soon enough he’s running around the warrens again, having hallucinations of dark beasts – most of them cloven-hoofed – and thinking about Ruth. Perhaps Edinburgh is the wrong city for a depressive. After a night of boozing he ends up at the docks, thinking about his new home: ‘the city rose from the sea to the mountain, the dull-eyed castle. Its rock streets and icy stones lay like a hard scab over something raw and weeping’. If Edinburgh is missing warmth, the Public Gallery is missing funds, and soon paintings. Ardrashaig Holdings is the ‘financial instrument’ which owns the Ardrashaig Collection. Newhouse is sent to convince its chief executive, Murray Murrey, that the Gallery should keep the artworks. But while he arrives at the meeting no one else does.

In the meantime ‘The Blue Horse’ is gathering significance. Martinu is the main detective, ringing Newhouse up to give him clues and express his own faith that the painting can be tracked down. We know the mystery object could be in transit somewhere. A short early scene follows a courier called Deepdale, who collapses in a nightclub in Amsterdam holding something that might be an expensive painting. When Martinu dies from what is patently not a stroke the plot seems to arrive on the scene, but then it leaves again for a while to let Newhouse do some more dreamy grieving, think about love, and disappear down his favourite burrow.

It seems nepotism is rife in the art trade; it is only apposite that the director of the Public Gallery, Thomas Colebrook, has a niece called Foster Flintergill who works for Melcombes, a top auctioneer in London. Flintergill is a femme fatale in a blue dress. She persuades Newhouse to write a paper on the existence of the ‘The Blue Horse’. It is supposed to refute one written by Martinu, which proved the painting never existed. We know Martinu thought no such thing and Newhouse knows something smells rotten. But, well, he’s distraught, so he goes along with her scheme. Soon Flintergill is leading him down into a grubby underworld where businessmen have grimy orgies in private clubs.

Seediness is always welcome but Miller’s chthonic realm is a little too shadowy. After all, we are not chained to Newhouse’s perspective throughout; if we were the obfuscation would be fine. All the same, the shadows are soon bumping off or disappearing people left right and centre. It is when Rudi starts having a bizarre episode that it transpires ‘The Blue Horse’ – or perhaps the very idea of it? – could have an occult power of its own. Thus the line blurs between dodgy goings-on in the art market and what could be esoteric interference.

There is nothing wrong with the flimsy wall of reality being torn asunder (good riddance to it), neither is there anything wrong with the metaphysical making its presence felt. But Miller’s satire loses what little bite is has when it is undermined by the world it is supposed to be undermining. For example, it is Rudi who promotes Wycliffe’s theories about the ‘power of objects’, and it is Rudi’s art historian friend Gillian who informs Newhouse that a painting called ‘The Equine Spirit’ resisted an exorcism attempt in Delft in the 1640s. Why on earth give the authorities back their authority?

Perhaps Miller stretches his canvas is too wide, although maybe ambition shouldn’t be discouraged in a first novel. Anyhow, by the time the carnival reaches a fiery denouement in Venice the whole thing is a terrible mess: blobs of satire here, streaks of noir there, amid splodges of spaced-out grief; the plot might as well still be in the palette. Nevertheless, Venice is a good place to end and in which to lose yourself. Newhouse is ostensibly there to oversee a new exhibition by the megalomaniacal Brick Macpherson, a Gnostic whose previous exploits include turning pornographic movie scenes into faux classical oil paintings. But while he’s in town Newhouse will probably run into Flintergill and Deepdale, he might find Rudi, and he might finally see ‘The Blue Horse’ (if it exists). Then again he might be too busy losing his mind in wonderland. 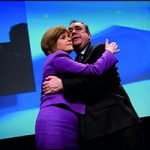 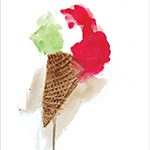 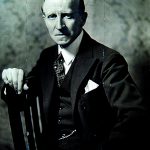