Warning: session_start() expects parameter 1 to be array, string given in /home/customer/www/scottishreviewofbooks.org/public_html/wp-includes/class-wp-hook.php on line 292
 SRB Diary: Chaos in Lagos – Scottish Review of Books

I am sitting in a bookshop’s small cafe, waiting for Tolu Ogunlesi, my exchange writer. While rain stots off the car roofs, I listen to two women in their thirties discussing Lagos life. One, let’s call her Braids, is advising a newbie, recently returned from many years in NYC. There is a discussion about public transport. Braids never uses it; she can’t stand being touched by strangers. NYC says that some of her friends tell her it’s OK – and she can’t pay for taxis all the time. But she’s been told never to be seen arriving for a meeting in public transport. NYC describes the confusion she feels at times trying to get a ‘fix’ on Lagos. ‘Nobody knows Lagos,’ says Braids. ‘Everyone just makes it up.’

Tolu takes me on a wander round the old colonial centre of Lagos Island. When the capital moved from Lagos to Abuja in 1991, its fine colonial buildings were simply abandoned. Tolu points out what was once the Ministry of Justice. Swelling, from the broken windows of its top two storeys, are box upon box of old documents. Whoever commands the archive commands history, is, it would seem, given little thought here. Later, we mooch round the underfunded National Museum. It has beautiful objects – fine terracotta bowls and carvings – though they all look a little gloomy in their cabinets. Most strikingly, I can find only one date. There is a wooden cockerel that dates from the nineteenth century.

At The Shrine, the hangar-like club where the great Fela Kuti used to play, there is a huge billboard with the legend ‘Viva Africa’ written across it. Does ‘Viva Africa’ mean anything to Tolu? Does it mean anything to him to be ‘an African’? Nothing. The following night, I ask the same question of Ojoma, director of arts at the British Council. Again – nothing. But a more forceful nothing. ‘It really annoys me when people say, “Are you from Africa?” Or assume that because I come from the same continent I’ll have anything in common with the other 56 or whatever countries. I see no similarity between Nigeria and South Africa or Malawi. I’m Nigerian. That’s identity enough! Nigeria has around 250 distinct languages – 500 if you count the different dialects.’

I ask Tolu if there is a sense of Boko Harum’s presence in the north that is felt in Lagos. He can’t really say so, apart from the fact that lorry loads of cattle used to arrive in the city from the north. They have stopped; neither are farmers planting crops this year. The price of foodstuffs is sure to rise next year. In Ghana High, the diner Tolu takes me to on Lagos Island, I think it must be last year’s beef I have along with my hot spiced rice: a few balls of meat with the resistance of dog chews spooned from a basin of stew. I try my best. Meanwhile, Tolu tucks into a plate of the beef and rice, with a boiled egg and two scrolls of what look like dense foam rubber. Tolu is small and wiry, readily smiling with tombstone teeth up to any carnivorous task. I feel slightly paternal watching him eat so heartily. I ask him what the rubbery things are. ‘Cow hide,’ he tells me. ‘It has absolutely no nutritional value, but its thought a delicacy here.’

Ojoma is much amused that Tolu took me to Ghana High – ‘He took you where?’ And, as for the cow hide, ‘The government’s trying to ban it. It says we are eating all our shoe leather.’ Ojoma laughs easily – a laugh that rises in her confidently and infectiously. I’m learning that Lagosians have a keen sense of humour. New Yorkers display a New York state of mind – ‘This is New York’ (but in caps) – so too Lagosians: ‘This is Lagos.’ But their affection – affection rather than pride – for their city is shot through with awareness of all its shortcomings. Humour is the city’s oxygen. ‘The traffic excuse?’ laughs Ojoma, ‘Everyone’s used the traffic excuse!’

Fusi from the British Council tells me at his local bar that he agrees with Tolu and Ojoma, being African means nothing to him. ‘I’m Nigerian. But, more than that, I’m Yoruba. I come from a royal line that can trace its lineage back 400 years. Most people would struggle to trace their forebears past one or two generations. My father is a traditional ruler. No, it’s not just a figurehead like a clan chief; it’s a job. My father was a successful lawyer, but he gave all of that up and moved out of the city to take up the inheritance and responsibilities of a traditional ruler.’ Perhaps it’s not surprising that, in a country that is only one hundred years old, the more ancient allegiances mean more than the state; mean more than the other two designations of ‘place of birth’ and ‘home town’. In the course of the evening, we toast the arrival of a new baby with the smoothest brandy. As the eldest there, it is my duty to be last to tap the top of the bottle for luck before the cap is removed. Ah, suddenly a Traditional Elder.

Once more, over the 10 km Mainland Bridge with Sam and The Corporal. We are driving to Badagry – 70 kms away – the old Slave Port, which operated between the early sixteenth and mid-nineteenth centuries. There is a gap of green scrub trees and palms that I read as ‘not Lagos’ and then Badagry, a small town of low buildings, typically full both of purpose and lassitude. Sam seeks directions for the Slave Museum. A bored girl in her late teens or early twenties leads us into a courtyard with hens, a caged sheep and two tethered monkeys; heaps of refuse. She unlocks two ‘cells’ which she tells us each accommodated forty slaves. She lets us feel the weight of chains. She shows us some faded photographs and some objects – a bowl, an umbrella – and tells us how many slaves each was worth. All this is by the light of her mobile phone. There is another small museum; more chains. The tour ends with the girl taking us in our car to what was the slave market, where we sit and look out over a backyard with a large pile of cement in the middle of it. No other distinguishing feature. She says the site is being redeveloped. We look on morosely. She tells us three million slaves were sold here every year. Sam and I repeat the fiction incredulously. She shrugs and mentions a ridiculous sum for the tour, one of whose principal sites is evidently this absence before us.

The British Council co-hosts an event with CORA (the Committee for Relevant Art). The presiding spirit of the afternoon-into-evening is Dagga Tolar. He is a lanky, dreadlocked Rastafarian poet in late middle age with milky brown eyes and a gap-toothed smile. He uses his tall frame to buckle and stretch to underscore words delivered with forceful conviction. I’m told that Dagga lives in what people think of as the slum of Ajegunle (aka ‘the Jungle’) – an adjunct ‘city’ of five million on the edge of Lagos. There, he has worked with many young poets, raising them up to become ‘masters of their craft’. Dagga summons the young poets up, one by one, and each performs his/her work with confidence and thrust: a modern idiom, but wedded to oral traditions that stress rhythm, movement, presence.

I’m following Sam and our young female guide along wooden walkways through dense mangrove swamp. Images play in my mind of films I’ve seen featuring lost souls wading through such places. The guide tells me you’d simply sink into the mulch. ‘Is the only reason this area [78 hectares] is a conservation area, the only thing saving it, that there’s nothing that can be done with it? I mean you couldn’t build on it.’ Both Sam and the guide turn to me. ‘Oh, yes you can!’ The guide continues, ‘You just sand-fill it in and you build. That’s what all the land reclamation here is. Lagos is islands – an aquatic environment. But you fill it in with sand and then you can build.’ She tells me that the Lekki Conservation Centre is a NGO, so it has to raise its own funds. Companies have made offers for the land, but the Centre has a strong board that appreciates the importance of conservation for recreation and education. It is set against selling. ‘This land,’ she says, ‘would sell for a lot of money.’ I look at the stagnant water, the brown depthlessness, the rotting stumps, the green energy thrusting everywhere. When we leave here, Sam will point out to me, on the other side of the road, on the Lekki 1 development project, Chevron, a walled-in, barbed wired, iron buttressed small town owned by the oil company; and built on the very kind of environment we are walking through now.

My guide round Cchub – Co-Creation Hub – a six storey building on one of the main drags leading off the 3rd Mainland Bridge – is Lai, who is in his late twenties or early thirties perhaps; slight, sharply dressed, clear headed and focussed. Cchub has a clarity of intent and structure to make you think it is made in his image. Organised to create maximum conditions for creativity and industry, Cchub is the first place that’s made the ‘Creative Industries’ a reality to me. ‘Wherever the internet goes, technology follows,’ says Lai and believes that, in time, businesses employing thousands could be born here. I feel caught up, inspired by the creativity and energy here, as Fusi hoped I might be. Are there places like it in Scotland? I’ve no idea. Back at my hotel, writing in the cafe bar as rain falls in torrents, I’m freshly aware of all the meetings that are going on around me – and have been doing all week: people on the ground, people flying in to meet them, snatches of projects, schemes, and today, what seems an interminable interview. This is, despite the obvious problems, a city of industry, of possibility and of aspiration. Of course, I can have no idea how beneficent these aspirations are. That does not figure when Tolu and Lai praise the attractions of Lagos, its inventions and reinventions. The challenges of ‘making it up’. In 1983, in ‘The Trouble with Nigeria’, Chinua Achebe was writing about the whole of Nigeria, but with the change of one word, maybe what he writes is apt for Lagos: ‘[Lagos] may be a paradise for adventurers and pirates, but not for tourists!’ 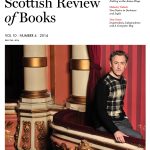