Warning: session_start() expects parameter 1 to be array, string given in /home/customer/www/scottishreviewofbooks.org/public_html/wp-includes/class-wp-hook.php on line 287
 Volume 9 – Issue 4 – Editorial – Scottish Review of Books 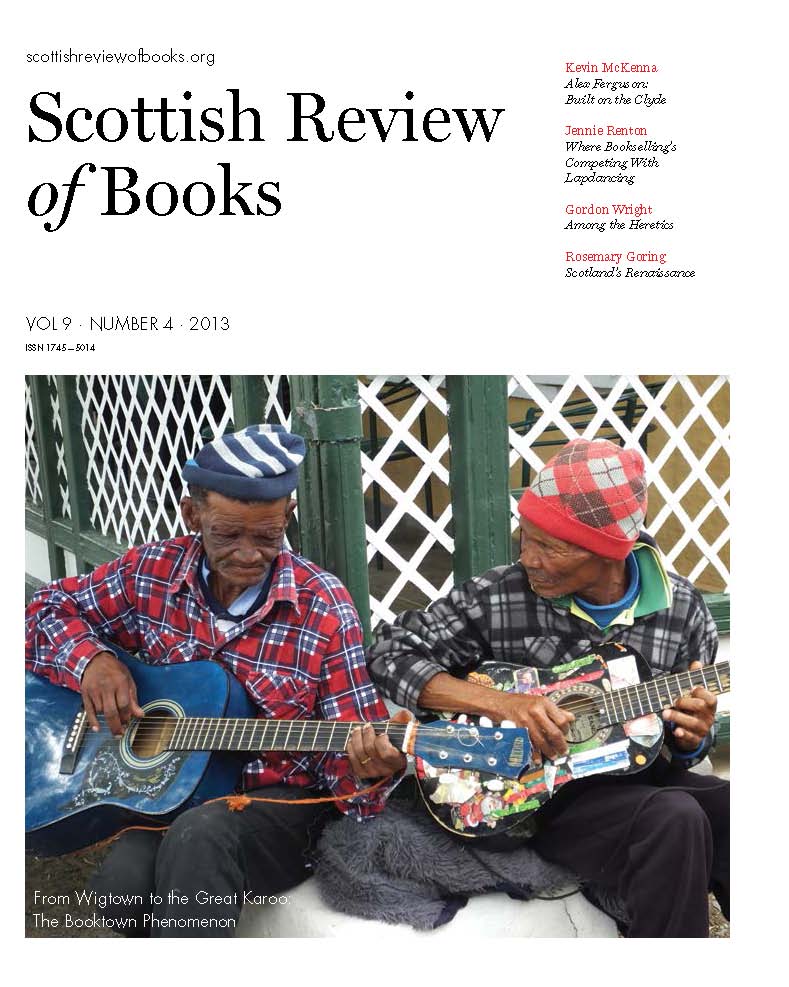 YOU’ve got to read it to believe it.’ says Amazon of its Kindle Paperwhite. It is but one among many Kindles, several of which are called Fire. Why we know not. Once you’ve taken the plunge there are countless ‘accessories’ with which you can embellish your Kindle and ‘customise’ it. There are styluses, chargers, and ‘skins’, which protect it from the elements and your own negligence. For example, you can buy a ‘zebra’ skin or a ‘blossoming almond tree’ skin or a ‘moon meadow’ skin. Alternatively, if you’re the kind of person who is eager to broadcast your patriotism, there’s a Union Flag skin.

We own a Kindle and were enthused by the idea of carrying it on our travels where, we were told, we would have instant access to a library the size of that of the Mitchell. What we did not quite grasp was that every time we wanted to add to it we would have to pay. Nor were we told that we would not be able to pass on our purchases to friends. Nevertheless we added a few out of copyright titles to it and prepared to embrace the reading future.

And for a while we were enthused as we invariably are when we acquire something new, such as a breadmaker. The Kindle was light, looked smart in its green leather cover which cost little more that fifty quid, and was loaded with enough high-minded and previously unread literature to last a lifetime. We then had fantasies about the amount of space we could recover by dispensing with the paper we had accumulated over the decades and the dust-free environment in which we would soon be living. There was much, it seemed to us, to be said for the Kindle, which was no bigger than Bill Gates’s wallet.

But after that first flush of enthusiasm there were days when the Kindle lay inert. While others swore by it and insisted their lives had been transformed we felt nonplussed. We wanted desperately to love our Kindle but we simply could not. Every time we wanted to use it we had to switch it on. Moreover, we had to ensure it was charged, which, frankly, was a pain. Nor did it have anywhere we could stick things – postcards, newspaper cuttings, restaurant recipes, gallery tickets – for which we had no handy home. On top of which, we were now considering a future with bare and undecorated walls. For all its manifold advantages, a Kindle certainly did not furnish a room.

We are not, we hasten to add, Luddites. We use computers, are addicted to digital radio and have a television which, while not as ‘smart’ as some, receives more stations than we care to watch and, moreover, in colour. However, when a friend in the SRB’s favoured howff waxed hysterical about the joy of reading the latest Andy McNab on his phone we began to feel queasy and inclined to panic, our way of life under threat. It was at this point that the SRB’s resident full-time gizmo correspondent spotted an article in a magazine devoted to geeks which offered us hope. In a spirit of bibliographic fraternity, and with Christmas on the horizon, allow us to share with you the full report:

‘Last week came the announcement of a new product which is a revolutionary breakthrough in technology: no wires, no electric circuits, no batteries, nothing to be connected or switched on. Called the Built-in Orderly Organised Knowledge device (BOOK), it is compact and portable, it can be used anywhere – even sitting in an armchair by the fire.

‘Here’s how it works: each BOOK is constructed of sequentially numbered sheets of paper (recyclable), each capable of holding thousands of bits of information. These pages are locked together with a custom-fitted device called a binder which keeps the sheets in their correct sequence. Using both sides of each sheet cuts the costs in half.

‘Each sheet is scanned optically, registering information directly into your brain. A flick of the finger takes you to the next sheet. The BOOK may be taken up at any time and used merely by opening it. The “browse” facility allows you to move instantly to any sheet, and move forward or backward as you wish. Most come with an “index” facility, which pinpoints the exact location of any selected information for instant retrieval.

‘An optional “BOOKmark” accessory allows you to open the BOOK to the exact place you left it in a previous session – even if the BOOK has been closed. BOOKmarks fit universal design standards; thus a single BOOKmark can be used in BOOKS by various manufacturers.

‘Portable, durable, and affordable, the BOOK is the entertainment wave of the future, and many new titles are expected soon, due to the surge in popularity of its programming tool, the Portable Erasable-Nib Cryptic Intercommunication Language stylus.’ 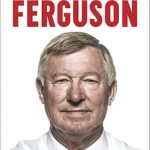 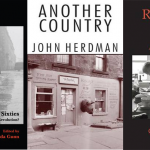 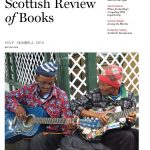