Warning: session_start() expects parameter 1 to be array, string given in /home/customer/www/scottishreviewofbooks.org/public_html/wp-includes/class-wp-hook.php on line 287
 Volume 9 – Issue 3 – Editorial – Scottish Review of Books 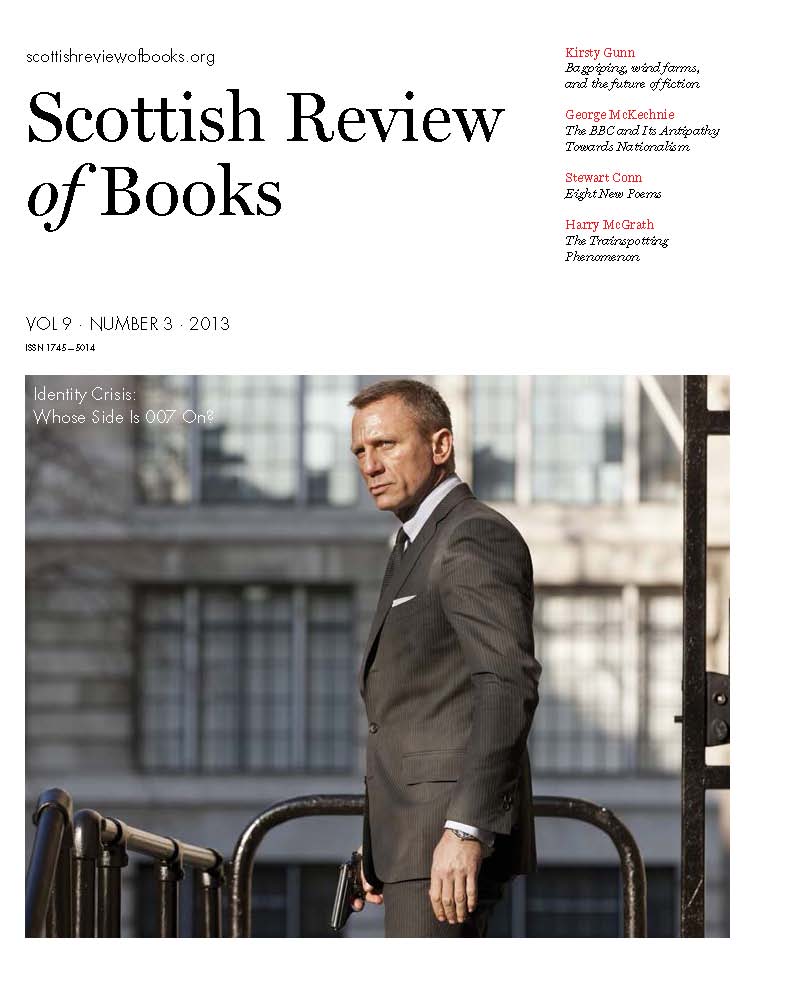 The independence referendum is now a year away. The debate will thus intensify over the coming months and, it is to be hoped, will be conducted in a civil and enlightened (and enlightening) manner. Divorce is never an easy matter and after more than three hundred years in a union that has been generally harmonious those keen to separate need to make their case articulately, passionately and persuasively. The same, however, is true for those who would prefer things to remain the same. Simply promoting paranoia and insisting that should Scotland decide to go it alone penury and isolation will rapidly follow is neither helpful nor convincing. Fear, as victims of domestic abuse will attest, is never a good reason to stay in a marriage when there is a more congenial alternative.

In this issue of the Scottish Review of Books various contributors touch on the forthcoming plebiscite. For instance, reflecting on the recent Edinburgh International Book Festival, Hayden Murphy refers to the debate over the decision by the outgoing Edinburgh International Festival’s director, Jonathan Mills, to avoid any inclusion in next year’s programme that might be interpreted as political. Apparently, this was denounced by Liz Lochhead, poet, playwright and Scots Makar. ‘The independence referendum… is of course important,’ writes Murphy. ‘But equally important is the autonomy of a festival which since 1947 has been inclusively international while being gloriously, exclusively placed in the Scottish capital.’

That, it would appear, is incontestable. But the fact is that while the Festival has embraced its international remit with teenage zeal it has also had a tendency to, at best, marginalise the culture of the country in which it is held and, at worst, ignore it. This is a curious state of affairs but one which is seemingly tolerated, perhaps out of ignorance or perhaps because of something less definable. Whatever the reason, it does appear bizarre that in 2014 the EIF will pretend that a vote which will determine the future direction of the country is not going to happen.

We would not of course advocate that the Festival should go out of its way to commission partisan performances. That would be absurd and deserve only derision. But it is surely not beyond the wit of the artistic community to produce illuminating and imaginative shows which have a bearing, however tangential, on the referendum. The sole criterion should be excellence. If a play or an opera or whatever fits that bill then why not put it on and leave the audience to decide what message, if any, to take from it? That, though, is not the way those charged with running the Festival think. Whereas in the past there was a desire, a need, an imperative, to rouse, to disturb, to provoke, the aim these days is not to upset anyone in the stalls. Therein lies apathy and boredom, art that matters not a jot, and half-empty halls.

Meanwhile any debate about culture in the context of the referendum is stifled. We are pleased therefore to run two pieces in this issue which attempt to invigorate the topic. The first is by Christopher McMillan and tackles the issue of the James Bond movies and their part in the unionist cause. Of Scottish extraction and educated at Fettes – also Tony Blair’s alma mater – Bond, argues McMillan, has trouble distinguishing between Britishness and Englishness. The British Broadcasting Corporation, it has often been said, has a similar problem. In his essay, George McKechnie looks at the BBC’s attitude to Scottish nationalism with reference to David Cleghorn Thomson, its Scottish Regional Director in the early 1930s, who was dismissed for allegedly – and, as it transpired, wrongly – being in favour of independence.

Thomson, writes McKechnie, was a ‘cultural nationalist’ who realised more than seven decades ago that Scottish culture, as represented by the BBC, was being dictated from elsewhere. ‘The BBC’s fear of nationalism,’ observes McKechnie, ‘even extended to issuing instructions to a London executive to investigate feelings of nationalism among the staff; and in the wake of the sacking of Thomson to carry out soundings across the Scottish establishment to confirm that they were now assured that the BBC and its executives in Scotland were not sympathetic to Scottish nationalism.’

These days the BBC is religious – or so it insists – in its adherence to impartiality. But it is clearly in its interests that it remains a British Broadcasting Corporation, not least for its international credibility. As is often mentioned it is one of the few surviving identifiably British phenomena. James Bond is another. It is little wonder therefore that they are so cherished by those who wish to uphold this most fragile of unions.