Warning: session_start() expects parameter 1 to be array, string given in /home/customer/www/scottishreviewofbooks.org/public_html/wp-includes/class-wp-hook.php on line 307
 Volume 10 Issue 3 – Editorial – Scottish Review of Books 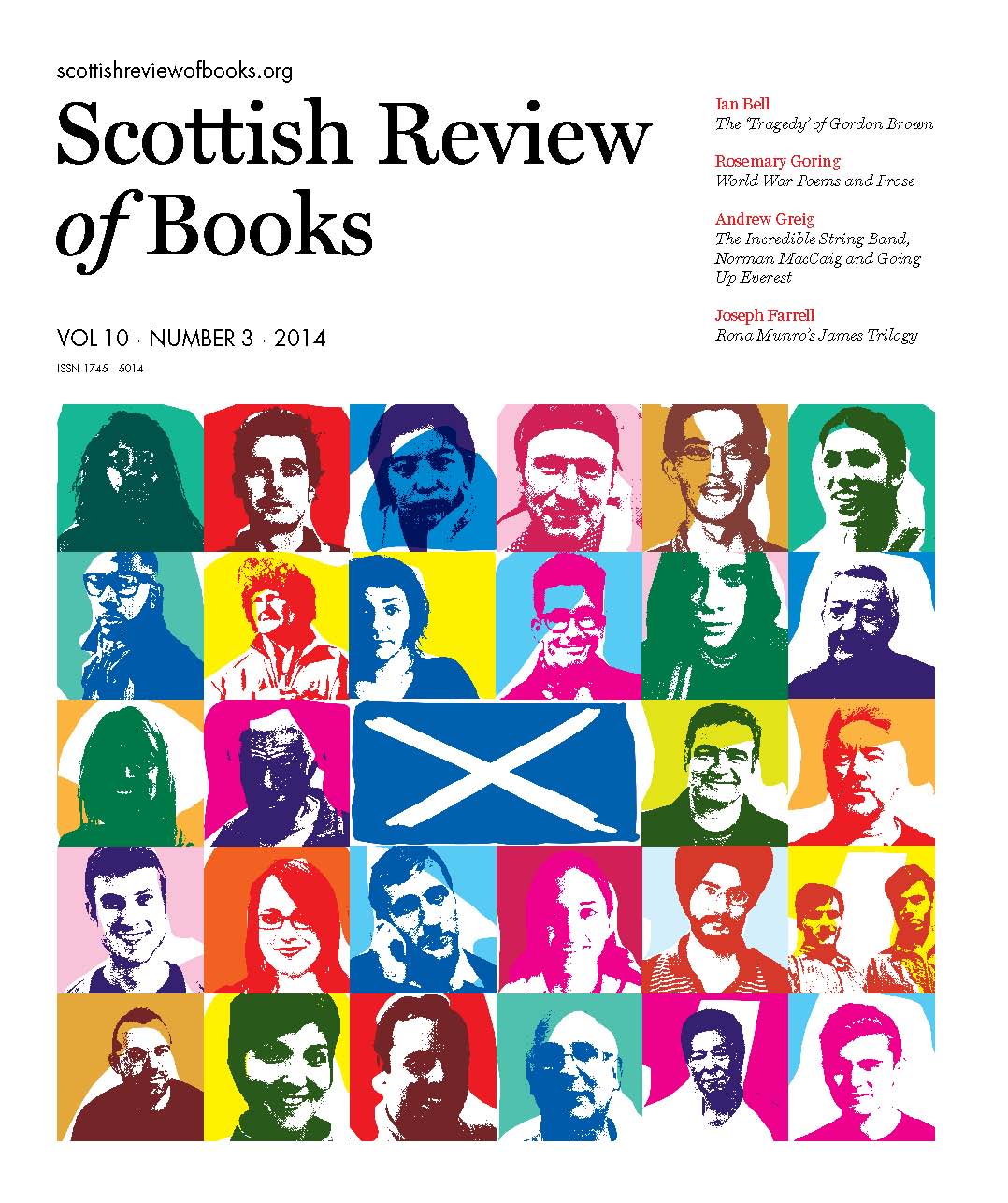 A FEW days from now Scotland will go to the polls and make a decision which, whatever its outcome, will define a generation and have far-reaching and as yet unimaginable consequences. It has been suggested that the turnout may be as high as eighty per cent. That is as it should be. Ideally, it would be even greater, for if citizens of a democratic country are not concerned with its constitutional future then what are they interested in?

The debate has been long and intense and, in recent months, increasingly passionate. How could it be otherwise? Here at the Scottish Review of Books we believe it has been conducted civilly and, in general, with restraint and courtesy on both sides. Of course there have been moments and incidents that are best forgotten but they have been few. No one has been hurt and only a few egos have been bruised. Instead, both the No and the Yes camps have set out their stalls to persuade the electorate, through dialogue, to their respective points of view. Though the stakes could hardly be higher Scotland has shown the globe that it is not necessary to occupy squares, vandalise property and fire bullets and water cannon in order to instigate, or thwart, change.

As several of the contributors to this special issue of the SRB remark, culture has not figured prominently in the prints or at public meetings. While debate has raged over the currency or the amount of oil in the North Sea or our membership – or not – of the European Union, little has been said about the position of the arts in society and its value to individuals. Why this is the case we are unclear. Perhaps it is because those bidden to participate in late-night TV chinwags are so unaccustomed to discussing  it. But that does not diminish its importance, nor does it undermine the fundamental role culture has played in transporting us to where we are. Indeed, it could be said that the independence movement has been propelled by a cultural revolution, the significance of which we are only beginning to understand and appreciate.

This edition of the SRB goes some way to addressing that deficit. As Cairns Craig suggests, without the input and energy of Scotland’s writers and musicians, actors, artists and historians, the dynamic for a referendum might have dissipated decades ago, lost in a fog of apathy and stalled through a lack of momentum. From the 1920s onwards, it was figures such as Hugh MacDiarmid and Neil Gunn (to whom James Robertson pays homage in these pages) who helped keep the flame alive.

By the 1990s, reflects Craig, ‘Scotland’s cultural past had been transformed from one of threadbare insignificance…into a cultural continuity overflowing with riches. It was this tide of cultural regeneration rather than political urgency that gave impetus to Scottish devolution in the 1980s and 1990s’. Craig goes on to note that the building of the Scottish parliament at Holyrood was preceded by that of the Scottish Poetry Library, ‘an institution founded to resist the threat of cultural extinction after the failure of devolution in 1979: where poetry leads, politics follows.’

We would like to think that is the case. We would like, too, to believe that culture, which takes what it needs from the past but reckons with the future while keeping its feet firmly planted in the present, is what gives Scotland its distinctiveness. Through stories and poems, music and painting, movies and plays, we learn more of ourselves than we ever will from statistics and reports and surveys.

Artists, of course, are not legislators, and a good thing too, but we underestimate their contribution at our peril. For they are the bedrock of any civilisation, the foundation on which we build all that is decent and memorable and worth preserving. They see and say and do things others less gifted cannot. Moreover, they are impelled by a desire to create, which is the essence of human beings. And in doing so, they elevate the everyday and give joy. They make us want to sing and dance and shed tears. They do not want to wage wars or rip anyone off or punish the vulnerable or victimise those in need of refuge or build barriers between communities.

At its core, their language, their mode of communication, is one of understanding.  Great art, like great government, must aim to engage all of the people. The greatest artists, like the greatest politicians, are those who do not wish to exclude anyone, who hope to show through their work that the life of a human being is not like that of a wild animal, whose existence is dependent on the survival of the fittest. Given the capacity to think, we can make decisions and take action that can improve our own lot and that of others. Whatever Scotland decides on 18 September, we at the SRB believe that culture is crucial, not least to our sense of identity, and that when the dust settles the more access we have to it the better we will be. 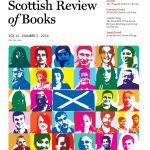