Warning: session_start() expects parameter 1 to be array, string given in /home/customer/www/scottishreviewofbooks.org/public_html/wp-includes/class-wp-hook.php on line 292
 Volume 10 Issue 1 – Editorial – Scottish Review of Books 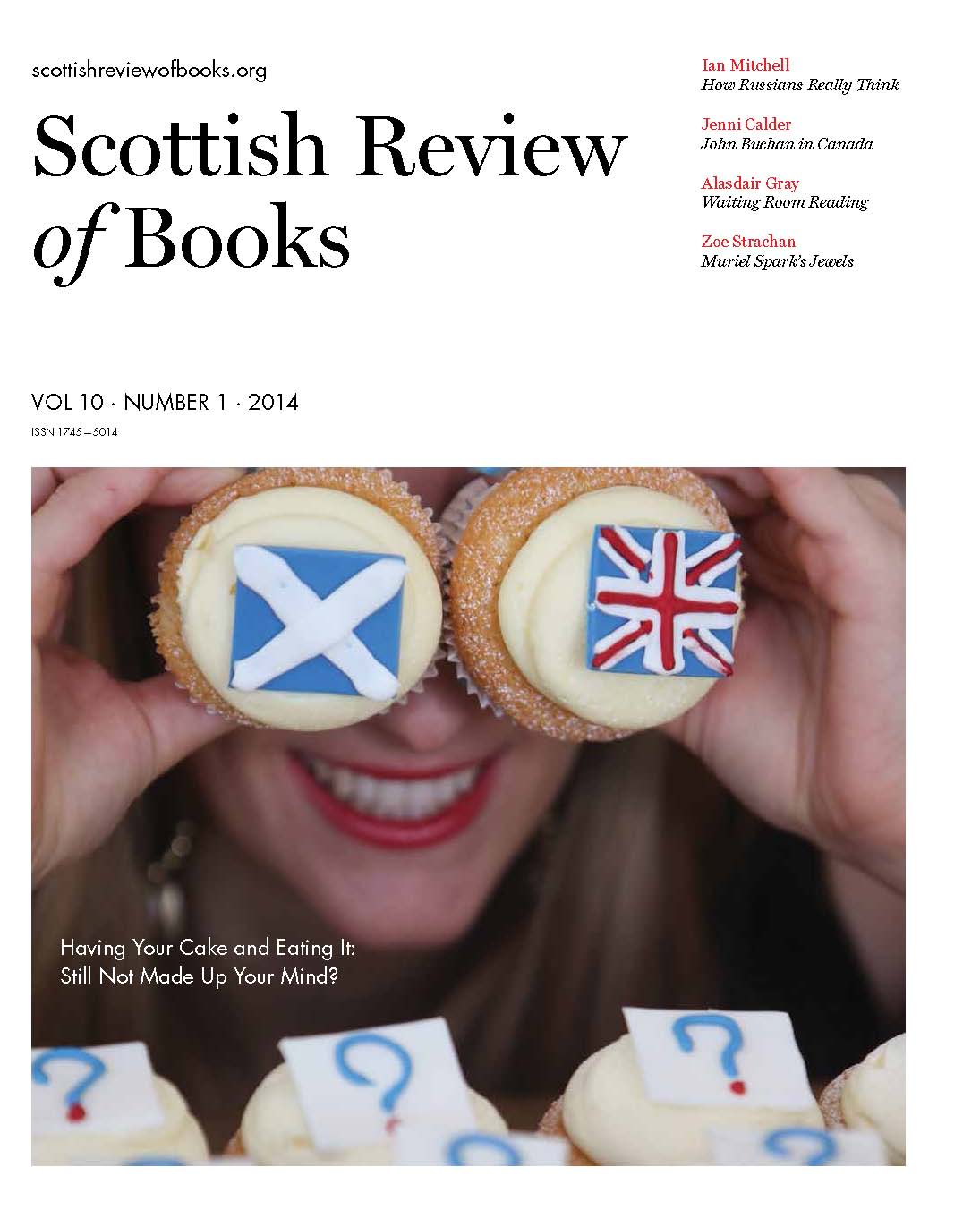 With just four and a half months to go before the referendum that will define the immediate future of Scotland, a strange smell may be detected in the wind blowing from the south. It would perhaps need someone with the cultured nose of a wine buff to identify it accurately but suffice it to say it is not nice; rather, it is like the noisome whiff that emerges from a bottle whose contents are corked.

It is evidence, however, of a growing feeling of Scotophobia among our nearest neighbours. This is most forcefully articulated by columnists in newspapers which hitherto might have been described as ‘quality’. Almost all of them, it goes without saying, are antipathetic to the idea of independence and miss no opportunity to associate nationalism with fascism (and even Nazism) and First Minister Alex Salmond with Nigel Farage, the buffoonish leader of Ukip, and worse.

Scots, moreover, are portrayed either as ignorant dupes or clueless idealists, who believe that if independence becomes a reality their country will be a socialist utopia or a capitalist bolt-hole, like Monaco, say, or Liechtenstein. The commentators’ vision is rather different. Were Scotland to decide to sever the Union, so their argument goes, it would soon end up an economic basket case blighted by poverty and deprivation and unable to defend itself against its adversaries, whoever they might be. They hope that by spreading anxiety and inducing fear on 18 September the noes will far outweigh the yeses. Indeed, so confident is one commentator of this outcome that he has wagered part of his pension on it. Wouldn’t it be awful if he lost it.

In the face of such headmasterly finger-wagging, it is hard not to feel patronised. There is an air of superiority among those who find inexplicable the success of Scottish nationalism, which they struggle to explain. For many of them – not of a few of whom are expatriates who took the high road to England in search of streets paved with gold – contemporary Scotland is terra incognita, about which they are no more informed than Ukraine or Syria. With information and insight in short supply, they fill the void with innuendo, propaganda and myth. It is not, we believe, wrong to interpret this as pernicious.

The opinion polls, however, appear to show that this is having little effect. We shall see. Having never ourselves been asked how we intend to vote we often wonder who are the people being polled. But what we do know is that there is a long history of anti-Scottish feeling in certain quarters in England which has been submerged by accusations of anti-English sentiment in similar quarters in Scotland. While this was at its most virulent in the aftermath of the Union of 1707, it persisted in the succeeding centuries and remains a factor to this day.

Often eminent writers were at the forefront of this tendency. Among them was George Orwell, whose influence was – and to some extent remains – huge. Orwell was no fan of nationalism or Scots. The former is more easily explained than the latter, based as it was on his experience of Spain and Germany in the 1930s and 1940s. ‘Up to date,’ he wrote in 1946, ‘the Scottish Nationalist movement seems to have gone almost unnoticed in England…I think we should pay more attention to the small but separatist movements which exist within our island. They may look very unimportant now, but, after all, the Communist Party was once a very obscure document, and the Nazi Party only had six members when Hitler joined it.’

What made Orwell come to this conclusion is not clear. Certainly, nothing in Scottish history indicates that there has been any real appetite for the kind of perverted, racist ideology which blighted Europe in the last century. That’s not to say there have never been nationalists in Scotland with whom we would prefer not to share a tattie scone. But the same can surely be said of socialists, conservatives and liberals.

In this issue of the Scottish Review of Books, various contributors consider the referendum, including Robert Crawford, Alasdair Gray and Gerry Hassan. ‘Up and down the land,’ writes Hassan, ‘you can hear snippets of conversations at bus stops, train stations and public places about the state of the currency debate, the European issue, the prospect of Scotland being governed by a future Tory government it did not vote for, and the public choices we would be faced with in the event of independence.’

That is obvious to those of us who live here. One of the most remarkable things about the ongoing constitutional debate is the degree to which people who would not normally care a jot about politics are making themselves heard, be it on the hustings or via social media. And few of them are content with the status quo. Whether or not there is a vote in favour of independence they want Scotland to change significantly. The locus of power is shifting and with it the direction of that toxic wind. 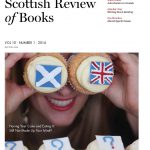 From Waterloo to The Western Front

Jewel in the Crown