Warning: session_start() expects parameter 1 to be array, string given in /home/customer/www/scottishreviewofbooks.org/public_html/wp-includes/class-wp-hook.php on line 303
 Not All About Oil – Scottish Review of Books

The second part of the title of this fine book, ‘The Referendum and What Happens Afterwards’, is important. The three authors are throughout refreshingly balanced and fair, so much so that they do not actually try to tell us what exactly will ‘happen afterwards’. They do point out, obviously enough, that a Yes vote in September next year would mean that Scotland would become, in due course, an independent country, separate from the rest of the UK; but the process of disentangling Scotland from the rest of the UK, and creating a new sovereign state, would be exceedingly complex.

Indeed, they think the process would take at least a couple of years, and they examine the many detailed matters – defence, including Faslane, welfare, currency, financial controls, citizenship and so on, that would have to be carefully negotiated before independence became a reality.

They further admit that if Scotland does vote, as currently looks probable, to stay in the UK there will also be significant change, ‘but it is likely to be incremental rather than immediately radical.’ I’m not so sure about that; a No vote would surely not settle anything, even in the short term.

Indeed the authors state quite categorically: ‘Further devolution would take place’. My own view is that the squabbles about this inevitable ‘further devolution’ would be intense and that the pressures for a second referendum on independence would soon be very strong. In a way, I reckon that a No vote would be a prescription for uncertainty every bit as much as a Yes vote undoubtedly would be.

Committed as I am to the independence cause I searched in this book for any sign of bias, one way or the other. I congratulate the three authors, who are all Oxford-based academics, on their fairness and scrupulous objectivity. Equally commendable is their lucidity; the book is written in plain, available prose. How I wish more contemporary academics would write like this. But now for an important qualification. Unfortunately, the key chapter in the book is the seventh, and it is simply entitled ‘Oil’. Iain McLean and his two colleagues suggest that without North Sea oil Scotland would probably not be facing the choices that it now is. I’m sure that is correct, but I think this is doubly unfortunate. ‘It’s Scotland’s Oil’ was a brilliant slogan, coined by Gordon Wilson, that helped to transform the SNP’s fortunes in the 1970s. There can be no denying that, but I would be unhappy were Scotland’s future to be decided on the basis of a debate about oil.

There is, incidentally, a mini-scandal relating to oil in the the 1970s and 1980s, when UK governments worked hard to ensure that, in the phrase of our three authors, ‘it was not Scotland’s oil.’

Further, the tax receipts from North Sea oil were treated as windfall, a kind of unexpected gift from the gods, and no sovereign oil fund was created. Locally, Shetland did set up a kind of local sovereign fund – and most of the recoverable oil was and is in Shetland’s waters rather than Scotland’s, if such a hypothetical distinction can validly be made – and this in turn raises the mischievous scenario of Shetland possibly deciding in the future to opt out of Scottish independence and remain in the UK. The authors state this would be theoretically possible, but is probably fanciful. That’s as may be, but it is a good talking point nonetheless.

Of course oil is important. But my commitment to independence is predicated not just on our undoubted current oil wealth. Indeed I think that an overemphasis on oil could diminish the essential nobility of the cause. As I read this excellent book I was travelling round the far north and west of Scotland inspecting various religious sites for a forthcoming book. Everywhere I encountered pleasing evidence that Scotland’s hospitality industry is improving, in many cases dramatically. And this particular industry is operating in the context of some the most varied and heart stoppingly gorgeous scenery anywhere in in the western world.

Scotland is a small country of only 5.2 million people, which would make it the ninth smallest state in the European Union if it were independent. There would be 18 bigger countries, the biggest being the UK (minus Scotland), Spain, Italy, France – and of course Germany, biggest of all. Scotland would be placed between Finland (very slightly bigger) and Ireland (slightly smaller). In terms of actual area, Scotland would have less than 2 per cent of the total land of the EU. But although it is undoubtedly a wee country, it has a rich history, and it is blessed in its cultural and environmental diversity, in its natural recreational potential, and in the most important resource of all, its people. These, allied to our fast developing indigenous food and drink industry is surely where our future lies (and yes, our future partly lies in our history) – every bit as much as in the remaining oil fields. So let’s not obsess too much about oil. In the mid and long term, Scotland’s prosperity and self-belief will be based on other resources, other strengths.

Meanwhile those, such as myself, who ardently wish for independence, must be realistic. In the event of a Yes vote, negotiations with the rest of the UK would be delicate and complex. The UK government would inevitably have to put the interests of the remaining parts of the UK – England, Northern Ireland and Wales – ahead of those of Scotland as it negotiated. On the other hand, it would – as once again, the authors carefully note – be in the long term interests of these three countries to help Scotland to become a prosperous and stable country. That is sheer basic pragmatism. But the ‘new Scotland’ would also be looking for flexibility and goodwill from our neighbours. I’m pretty sure these qualities would be forthcoming, but that might not be the case if the referendum campaign is not conducted in a proper manner.

So far, I think the signs are pretty good. The debates and discussions have been perfectly civilised, if surprisingly low key. I may be biased but it seems to be that the Yes campaign has been fair and positive (it is of course somewhat difficult to see how a Yes campaign could be particularly negative, unless it were to harp relentlessly on the past rather than the future) whereas the No camp has been unremittingly negative. Maybe that’s exactly what a No campaign should be.

There has certainly been little presentation by the so-called Better Together team of any vision of what the future of the UK would be like if the four component parts remained together. That’s possibly because they are really arguing for the status quo, the current dispensation. And that dispensation is not delivering very much, certainly not in terms of social justice, equality or economic success. So my advice to the Yes campaigners would be to paint a realistic picture of how things could indeed be better if Scotland separates from the UK.

Right now, the campaigns have yet to take off in terms of generating real political excitement, or any sense that the Scottish nation is walking with destiny. The crucial period will be the summer and early autumn next year, so perhaps they are holding their fire for that very testing time. There is also a slight sense that the SNP was taken by surprise by its remarkable victory in the last Scottish general election; few in the party expected to gain an outright majority at Holyrood. One of the consequences of that extraordinary victory was that the party had to press ahead with a referendum when they were perhaps not quite ready to do so. Certainly the SNP performance so far has verged on the lacklustre.

Yet if you survey the history of the SNP over the last 50 years or so, the one clear lesson is that you should never, ever write it off. It surprises itself, and it certainly surprises its enemies. It has used the devolution settlement quite brilliantly, to transform itself from a fringe party of protest to a mainstream party of potential power and now a party of very real power. I’m occasionally asked by foreign journalists visiting Scotland to predict what is going to happen. I am careful not to do so, but the one thing I always do say is this: don’t underestimate the SNP, and certainly do not underestimate their leader.

Meanwhile this book will be very useful to both camps as the debate progresses. It will also be a most helpful guide to all the neutrals and the undecided, the inhabitants of the crucial, soggy middle. And we should always remember that while it is we in Scotland who have the task of making this momentous decision, it will directly affect not just Scotland but three other countries as well. It will also have serious implications for the EU and for organisations such as NATO. Scots are being granted not just a colossal opportunity, but a colossal responsibility. And if the Scots do wish to contend for their independence, they do not have to fight for it. They simply have to mark a ballot paper. How many people, across the globe, must be envious of us.

Scotland’s Choices: The Referendum and What Happens Afterwards 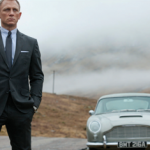