Warning: session_start() expects parameter 1 to be array, string given in /home/customer/www/scottishreviewofbooks.org/public_html/wp-includes/class-wp-hook.php on line 303
 The Outsider – Scottish Review of Books

When did authors become so boring? That question zipped through my head several times in August while I read reports of the Edinburgh International Writers’ Conference. This parliament of penmen was convened to settle the Big Questions facing literature in the digital era. The excuse was that 2012 marked the 40th anniversary of the original EIWC, the forerunner of the modern Edinburgh International Book Festival, in the way that the Beatles were the forerunners of Oasis or that Jane Austen is said to have inspired today’s plague of chick-lit. A fair amount of fantasising went on beforehand, with hacks speculating about re-enactments of the original EIWC’s famed ruckus – MacDiarmid ragging on Trocchi and so on – and the delegates perhaps hoping to boost their profile in the way Burroughs was said to have, only with homosexuality and heroin replaced by the hot-button issues of Twitter and Kindles.

Possibly you had to be there; the accounts of the keynote speeches and consequent debates did not inspire. Who would have thought that, given the chance to deliver one of these speeches, the alpha-dog of anti-establishment literature Irvine Welsh would use his time to whine about how terribly unfair the Man Booker Prize is? China Melville used his slot in the pulpit to suggest that in the future readers will ‘remix’ novels, his own ideas seemingly partly ‘remixing’ arguments floated by David Shields in Reality Hunger. Another debate fretted over Fifty Shades of Grey, which one delegate went so far as to suggest was ‘dangerous’. Really? Might I suggest the only danger Fifty Shades

As the EIWC progressed, one began to suspect the delegates couldn’t solve the problems facing literature because they are part of the problem themselves. Answer the Big Questions? They couldn’t even settle on topics worthy of debate. Unlike the original conference, nothing was at stake. The delegates all largely agreed on the subjects – gender, sexuality, politics, class – that set the original boiling. Hence the rather desperate search for conference debate-fodder in digital publishing and literary prizes. The closest contemporary literature has to a MacDiarmid figure, James Kelman, returned his invite because of the British Council’s involvement in the EIWC 2012. There were other significant absences. As one of the delegates, Jackie Kay, asked, where were the poets and memoirists? The guest-list was largely comprised of novelists, this at a time when the energy in Scottish letters is not with them but its much-garlanded poets. One might also have asked, seeing as this was touted as a writers’ conference, where were the playwrights, the biographers, the essayists? Moreover – and this is a question one can also address to the entire contemporary field of literature – where are the weirdos, the obsessives, the barking?

‘True literature can exist only where it is created not by diligent and trustworthy officials, but by madmen, hermits, heretics, dreamers, rebels and sceptics.’ This quote, from Yevgeny Zamyatin, author of We, is deployed as an epigraph by Allan Cameron in his new collection of short stories, On the Heroism of Mortals. It’s published by Vagabond Voices, whose proprietor and creative director is – Allan Cameron. It’s not vanity publishing though, not entirely, as Cameron was previously published by Luath, and since initiating Vagabond Voices, he has published Italian fiction (he is also a translator) and novellas by Allan Massie, which larger publishers were too cock-eyed to put out.

It is just as well Vagabond Voices is a small outfit unable to afford a marketing department as Cameron’s output would probably have driven its staff to commit hari-kiri en masse. It sometimes seems as if he is on a one-man mission to write a book in each of the genres or styles we can without difficulty label ‘hard sells’. The Berlusconi Bonus is a futuristic spoof of neo-con thinking. In Praise of the Garrulous is a study of ‘the ecology of language’. Presbyopia is a poetry collection: prefaced by a 30-page artistic and political manifesto, it concludes with a selection of poems written in Italian. Sales of short story collections are weedier even than slim volumes of verse, and in Cam-eron’s first round-up of tales, Can the Gods Cry?, he kicks off with ‘The Narrative Voice, Litter, Dog Turds and Sundry Other Things Most Base and Foul’, whose protagonist is indeed ‘the narrative voice’ made incarnate. If that title sounds whimsical, On the Heroism of Mortals’s is less reminiscent of a short story collection than it is an earnest philosophical treatise published by a university press. ‘Brand Cameron’ is almost impossible to define. The image of despairing marketeers developing aneurysms trying to figure out to sell his books is not an unwelcome one but the fact remains only the most thrawn writer wants to throw off even the possibility of a readership.

Cameron’s writing eschews the autobiographical. Presbyopia’s manifesto declares the advent of a new, or, rather, resurgent, literary movement based on ophthalmological terms. Presbyopia ‘makes it difficult to focus on what is close to our “self”, but retaining clarity for distant objects.’ He contrasts it with myopia, recasting both as spiritual and writerly conditions. ‘The long season of the myopic started with the Romantics.’ It’s not that he thinks the Romantics are without worth – although he bravely dismisses Shelley’s ‘Stanzas Written in Dejection, Near Naples’ for lacking depth – just that their focus on the individual’s rhapsodic experience of the natural world has in the modern era dwindled to apolitical solipsism and that it’s time now for writing that is outward-looking, engagé. It would be churlish to disagree. I haven’t read any good poems about the credit crunch; I haven’t read any poems at all on that subject, barring a few banker-bashing lines in a poem otherwise dedicated to the Olympics by Carol Ann Duffy.

Cameron’s poetic credo carries over into his fiction, except in one crucial regard. His short stories are almost entirely parables about outsiders, and if Scottish literature has a true outsider, it is not Irvine Welsh: it’s Allan Cameron. Whether by choice or inability, he not only can’t write the sort of stories that critics hail as intriguing, wonderful, beautifully written, etc, he often takes the trouble almost to taunt the reader that he can’t deliver what he or she might want:

Why don’t I describe an exotic murder in great detail and lead you through the rational process that uncovers the perpetrator? All would be unravelled and reassuring. Why don’t I tell you of strange people only motivated by power, sex and money? Real people are so much more unreasonable, and we can have little time for them. Surely I could hold you with a simple story of revenge in which horrible acts justify so many others? Forgiveness is out of season.

This refusal to bow to the demands of the market is rather heroic and – a word Cam-eron would hate? – romantic, especially for a writer who is a publisher too.

One must admit, however, that the ‘pres-byopic’ school of short stories is a flawed one, starting with the observation these are stories not merely without plots but also lacking characters, at least in the generally recognised sense. What predominates is voice. Overwhelming voice, one that doesn’t seem significantly different in idiolect or tone from Cameron’s non-fictional judgments in Presbyopia and In Search of the Garrulous. His creations don’t chat so much as gift us judgements:

There is a reason why they look askance at us. Because they, like you, think that ideal love is a constant, but no such love exists. Love lives in the moment, and if it is rekindled, it can survive into the following moment and eventually into weeks, months and years.

This is closer to the ‘Thought for the Day’ than anything you’d hear down the bus stop. And there is indeed, to add to the other items on the list of unfashionable elements present in Cameron’s work, a lingering spirituality, a faith that the something soulful and significant is present in the everyday, in the ordinary ‘heroism of mortals’ he writes of. On occasion this takes the form of a scepticism about science’s claim to be able to quantify and explain all experience. Like the philosopher John Gray, he is dubious about ‘progress’, political, economic, and scientific. One of his poems is titled ‘Lines scribbled on hearing on the radio a clever “neuro-economist” has proven that GDP always makes us happy’. Similarly, his story ‘The Selfish Geneticist’ takes to task a Richard Dawkins-esque character and his militant materialism.

In that last sentence, one can see another area where Cameron transgresses against current orthodoxies. He tells, doesn’t show. We’re rarely allowed to meet and understand characters on their or our own terms, only Cameron’s. He traffics not in flesh-and-blood, but emblems.

Possibly Cameron believes the elements of well-made fiction are irrelevant, bourgeois. He has ideas he wants to communicate! He doesn’t have time, the stories argue, for the frilling of plot, character, and dialogue that the mainstream, lockstepped on what constitutes literary good taste, insists upon as entry to their party. There is a counter-argument, and that is that Cam-eron’s stories are little more than show trials, where the ideas he disapproves of are convicted without a fair hearing.

Earlier, while enumerating the number and diversity of Cameron’s books, I suggested this didn’t make for brand coherence. Need it be said, that isn’t a bad thing. And there is in fact a unity of thought that underlies his work just as there is to the intellectual company he keeps. Who else would on the one hand praise Tom Leonard as ‘the quintessential presbyopic poet’ while on the other publishing Allan Massie, Scotland’s sole writer of substance whose sympathies lie on the centre-right? On the surface, both men would seem opposed, Scottish writing’s North and South Pole. Not so. All three men are closer to Zamyatin’s ideal of a literature made by ‘dreamers, rebels and sceptics’ than many of their peers, and, not coincidentally, they are not the sort to be asked to nor to want to participate in a talking-shop like the EIWC. Perhaps it’s a sign of debauched critical faculties, but increasingly I find I prefer wayward, not entirely successful experiments to yet another workshopped, overly-polished production rolling of the creative-writing conveyor belt. That’s why I shall look out for Cameron’s next book, whatever the hell it ends up being.

ON THE HEROISM OF MORTALS
Allan Cameron 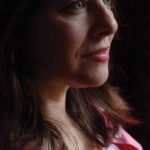 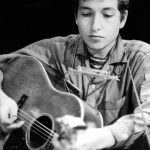 Another Side of Dylan 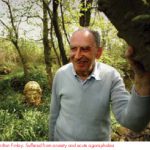 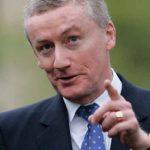