Warning: session_start() expects parameter 1 to be array, string given in /home/yourband/public_html/srb.swddev.com/wp-includes/class-wp-hook.php on line 286
 Macbeth and Madness – Scottish Review of Books 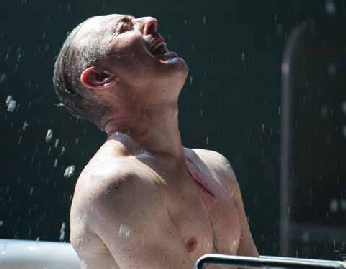 One of the most signiﬁcant trials of recent times is underway in Oslo, where the defence team of mass murderer Anders Breivik is trying to have him classiﬁed as insane, against the wishes of the accused himself. He is boastful of his crimes, claims they were justiﬁed, or even that he was provoked into committing them by righteous indignation at the degeneracy of society. His murders, he believes, were carried out when he was in full control of his faculties, and he will not entertain the notion that he is in any way unbalanced.

His lawyers are not only doing their thankless job in defending a pitiless killer, but are in an odd way standing up for what passes as ‘common sense’ in an age which will accept the idea of evil acts but is queasy about the existence of people who can be branded evil. This outlook is justified by a circular argument. Wicked acts are committed by someone who is mad, because only someone who is mad could behave in the evil way he has.

So the creative team responsible for the National Theatre of Scotland’s very radical rethinking of Macbeth are in the mainstream when they make their Macbeth insane. They are well out of the mainstream in every other production and theatrical sense, but the underlying notion that the killer of Duncan was mad touches a chord. Of course, it is not altogether clear that the man who speaks the lines Shakespeare wrote for Macbeth, and indeed for all the other characters in the tragedy, is or is meant to be actually Macbeth himself. He may be a contemporary of ours with a ‘mind diseased,’ who has in his paranoiac psyche developed a private obsession which he has to play out by living the Shake-spearean work.

It is necessary to have a good knowledge of Macbeth to fully appreciate this production. This is not a version for a school party about to embark on reading the work. Shake-speare has long since become a creator of deeply resonant myths rather than of theatrical scripts. The audience is expected to have the familiarity with the tragedy that theatregoers in ancient Athens would have had when watching a new treatment of a mythological subject by Sophocles or Euripides.

A traditional interpretation saw Mac-beth as part victim, part self-destroyer, a basically good, public-spirited man who was willing to serve his king until evil, in the form of the witches, and the malice of a nagging wife preyed jointly on the malign inner force of ambition. Others saw the Scottish Play as depicting a Ceaucescu-like tyrant who mercilessly unleashed savagery on the land, a portrayal which reached its ne plus ultra in Roman Polanski’s 1971 film, when during the massacre of Lady MacDuff and her children, bodies were glimpsed literally piled up in the corridor outside the room. There was a German production some years ago at the Edinburgh Festival set in a slaughterhouse, where servants poured buckets of blood into tanks at the front of the stage, and where Macbeth’s head was finally, contemptuously tossed in beside the human parts of his earlier victims. For others, the work is essentially a clash between forces of order and disorder, with order finally restored with the arrival of Malcolm in the play and the promise of real, lasting harmony with the ascent to the British throne of James VI & I, descendant of Banquo.

Whatever the identity of the protagonist in this version is, he is in a room in a mental hospital whose walls are covered with the aseptic tiles which the NHS considers beneficial for the healing process. The confined space in which he has his being is cluttered with beds, sinks, lamps, a bath, and he is under constant surveillance by CCTV cameras. The only means of entrance or exit is by a staircase leading to a door which cannot be opened from the inside. High in the wall behind him is a window from which two orderlies (Myra McFadyen and Ali Craig) look down on him and watch his every move. These are not gaolers, but humane nurses who go about the business of tranquillising the patient with comforting words, using injections only in the last resort. In the patient’s best interests, obviously.

The only extended speech they give is the recital of the words spoken in the original play by the two proto-psychologists who observe Lady Macbeth in her sleep-walking scene. They are, in other words, not an arbitrary intrusion or a directorial addition to the action, but are Shakespeare’s creations, given a centrality and a heightened presence they did not have in the Elizabethan age, where they were only on-lookers. Modernity prefers to seek medical solutions to moral questions as well as to physical or psychological infirmities.

No previous production has ever given such a sense of fierce, claustrophobic enclosure. When Macbeth speaks the words which open Shakespeare’s play – When shall we three meet again? – they have a resonance they could not have had in any conventional production which has the witches prancing around a cauldron, chanting their refrains and preparing to meet the newly victorious soldier. The words are spoken pathetically by the patient who has just undergone the process of admission to a hospital, who has been stripped – gently – of his own clothes and dressed in the standard outfit of the patient. He has been in some kind of fracas and has deep scratches on his chest, but in the medical unit his identity is taken from him, his freedom is restricted, so he speaks the words anxiously, fearfully to the disappearing orderlies. Am I left alone now? Who will speak to me? Will anyone come if I call? There being no other living soul on the premises, when will the three of us converse again?

In his own being, the patient re-enacts Macbeth, the tragedy. The witches are still with him, because the witches are not weird sisters on some heath, but projections of his own psyche. Perhaps the entire action takes place in his mind, perhaps we are witnessing delusions in which the other figures are emanations created by a state of paranoid schizophrenia of the sort experienced by the brilliant, Nobel Prize winning mathematician, John Nash, who in his disordered state saw himself a player in some Cold War drama. This production shows a mind unhinged, cut off from the moorings of society. It is not an analysis of madness, but is, as much as Hamlet, a portrait of a mind overthrown, even if it is not clear that this mind, unlike Hamlet’s, was ever ‘noble’ in the first place.

When Lady Macbeth sets out to cajole and entice Macbeth to seize the throne by murder, the two are lying on a bed, she on top and he prone beneath her. Cumming suggests seduction and femininity by a change of tone and register, by a switch of position, by having the femme fatale crawl over the body of the man who is not there until the actor stretches out on his back, permitting the ‘her’ whose existence we have to imagine to slide over him and tease him into compliance. This is acting of the highest expertise, where the actor can in turn suggest the foxy sensuousness of a Betty Davis and the prone gullibility of an indecisive but Machiavellian Gatsby.

It is easy to be convinced that this is a man who could see daggers in the air, easy to be terrified along with him by the vision of Banquo’s ghost, who comes into view wearing a nylon stocking over his face and paces about after the patient, causing him to cower under the staircase. Props are few but skilfully employed, the principal ones being the spectator’s memory and imagination. A child’s jumper dipped into the bath is sufficient to prompt recollections and arouse the horror normally provoked by the shedding of the blood of the MacDuff family. A wheelchair does service as Duncan’s throne and later, with a doll placed on it, becomes the jeering image of the emptiness of power when Malcolm finally ousts the tyrant. The most unsettling image of all is a dead crow, concealed in a wind shaft, but taken out when the witches are to make their second appearance, and then pulled apart by the patient, its bloody entrails hauled out, held up, dissected and examined for meaning.

These scenes will evoke different reactions in each individual. I once acted as interpreter for a man who had murdered the boss in the restaurant where he worked.

He believed he had been receiving orders conveyed by the rattle of water pipes or by scrawls on pieces of paper. He was not clear what these signs actually meant but was certain they were messages from some invisible authority and were meant for him. The consequence was catastrophe.

Maybe some such lack of definition is at the core of modern tragedy. Shakespeare’s Macbeth was a willing and conscious agent, prepared to ‘jump the life to come,’ a life whose existence he did not doubt. He made a Faustian pact to surrender heaven in exchange for wealth and power on earth. His tragedy is that he finds he can have neither, since after his crimes his mind and conscience are tormented by horrible imaginings. Anders Breivik is similarly convinced that he was a free agent who behaved as he chose and who was right so to do, while his defenders, good men and women all, wish to view him as the victim of forces beyond his ken. 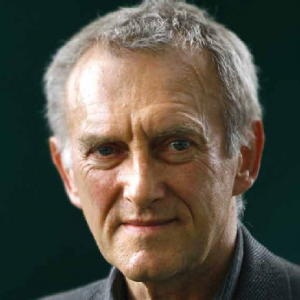 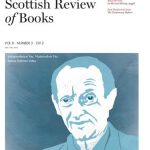