In one version of Scottish cultural history, you might say that contraception won out over metaphysics. Until the 1960s, philosophy was a rite of passage at the University of Edinburgh, understood as the magister vitae, and the compulsory cornerstone of a humanities degree. By the time I got to Edinburgh in 1972, the old Fraser lecture room in Bristo Place had been swept away as part of a reshaping of the South Side that the Luftwaffe couldn’t have bettered. The new, brutish Student Centre, universally known as the ‘Pill Centre’, was where one took unusual infections during the day and listened to indifferently mixed rock bands at night. American music had won out over Scottish philosophy. I heard bluesman Roy Buchanan long before I ever heard of the George Buchanan. Tutor to Mary, Queen of Scots and to James VI, historian, humanist scholar, he was said to be the last major thinker to write as if Latin were his native tongue. He would have been a central figure in the old philosophy survey at Fraser. By 1972 his reputation was in abeyance.

The very first book I bought at Edin-burgh was a shop-soiled copy of something called The Democratic Intellect, knocked down from 50/- in the old money to £1.25 in the new. I bought it for the title, not thinking perhaps that the subtitle Scotland and her Universities in the 19th Century promised something drier and less ringing, and because it came in a handsome slipcase with a stylised Edinburgh skyline. The illustrator ‘GM’ I only discovered much later to be George Mackie. The book’s author was identified on the case as G. E. Davie, and on the title page as George Elder Davie, a lecturer in logic and metaphysics at the University. I wondered vaguely if I would come across him. My first year courses were to include ‘aesthetics and general philosophy’, a rapid sweep from the Phaedo through Hobbes, Locke and Hume, to R. G. Collingwood, who picked up the ‘aesthetics’ thread at the end. My tutor was the urbane Peter Jones, the first adult ever to address me as ‘Mr’. Robust as Jones’s tutorials were, logic and metaphysics as distinct entities remained as remote as Ulan Bator and I never crossed paths with  G. E. Davie until after I ‘dropped’ philosophy, or, more accurately, it sorrowfully asked me to leave.

I did continue to read The Democratic Intellect, though, partly for its patient, unemphatic prose and partly in alarmed recognition that the Scottish education I had expected to receive had undergone some undeclared process of Anglicisation. As had the ‘English’ curriculum, which in my four years rarely threw up a chance to read anything Scottish. The confident generalism described by G. E. Davie as definitive of the old Scottish university tradition had all but disappeared, in favour of un-joined-up specialisms into which one was serially dipped, without context or connective tissue: Shake-speare one term, Thomas Pynchon the next. The democratic intellectualism – I learned later that the phrase came from Unionist politician Walter Elliot, who was a near-contemporary and friend of my grandfather’s – set out within those lilac, black and white boards seemed to have been traded in for a hyper-eclectic curriculum of fragments and like most of my generation, I found myself visiting an archipelago of spurious authorities – Gramsci! Guevara! Deleuze and Guattari! – set in a sea of blustery ignorance. Politics and faith – I was beginning a long, slow transition from family Presbyterianism to elective Catholicism – seemed to follow suit. Though the apparatus of the old Scots civil society was all around me – Old College, New College, the courts and banks – it signally failed to cohere and Davie’s vision of a national culture which had been surrendered by a divided church and devolved to the universities had quite obviously moved on since he wrote his book in 1961. At the beginning of the next decade, Scotland wobbled intellectually between the vaguest form of internationalism and a political evolution which would see the Scottish National Party evolve from English-hating, wha’s-like-us? triumphalism to valid political argument and practice. Whether or not Scotland would thrive within the ‘Common Market’ seemed at the time a more urgent question than whether Scotland should sever ties with England.

When I encounter two people with the same name, my working assumption is that they are not related. There may be a psychological reason for this. In 1973, I wrote politely to a novelist I greatly admired, Elspeth Davie, to ask if I might meet her. I enclosed the only short story I had then published. She wrote back to say the story had ‘good points’ and that while she was ‘not a great one for company’ she and George would be happy to see me one afternoon. I eventually found the address. It took an hour for me to work out that the fellow who sat in the corner drinking prodigious amounts of tea and reading a journal tear-sheet held two inches from the tip of his nose was, in fact, George Elder Davie. The Davies’ modest flat and painter Alexander Zyw’s studio, which was not far away, were the two places I always visited in Edinburgh after I left Scot-land for the South, and George also became a friend and supporter.

Ironically, I didn’t realise for years – not being, in spite of my loyalty to all things civilly Scottish, either in or of the nationalist persuasion – that The Democratic Intellect had become one of the iconic texts of the nationalist movement. When I did I immediately and unkindly wondered how many of the SNP hierarchy had ever managed to read past George’s ‘Introductory Essay’ or his first chapter on ‘The Presbyterian Inheritance’, and how many of them took seriously any of his argument apart from the perception that in education as in all else, the South-ron had encroached on a still-vital medieval tradition which elevated rationality above rule-of-thumb and principle over precedent, the old ‘metaphysical Scotland’ Davie identified in his very first pages. For me, as an ardent anti-nationalist so far as political arrangements are concerned, the nationalists seemed to accept the paradigms of the Anglo-Saxon (read: Anglo-American) modernisers as the basis of a new, autonomous, intellectually and cultural distinct Scotland. Meanwhile, in London, I met a succession of well-meaning people whose largely unexamined belief in the ‘superiority’ of Scottish education went hand in hand with the belief that old Scottish manses with eight bedrooms and well-maintained policies could be had for the price of a Kensington garage. Not a few of these friends expressed a kind of tender amazement that I had survived a Glasgow and West of Scotland upbringing – the Glasgow of No Mean City hadn’t quite given way to Dear Green Place or European City of Culture at that point – and seemed to regard my translation across the country to Edinburgh as a fraught return to Ithaca rather than matriculation in Athens. The English are far more sentimental about Edinburgh than the city’s natives.

I always think of George Davie when I read Thackeray – whose bi-centenary falls this year, as George’s centenary does next – and particularly when I come across the sharp, rubicund James Binnie in The New-comes, the strong-stomached disciple of David Hume who has come home from India with his liver and his single status unscathed. That’s how the Scots used to be seen in Lon-don, not just survivors of scar culture but as bright, shrewd and principled, not so much on-the-make as not to be messed with, instinctive philosophers with streetfighting skills. George Davie recognised that the principles traditionally espoused in the old Scottish universities were once again only tradeable away from Scotland.

As if in confirmation, Westminster politics in the 1990s saw yet another attempted monopoly of party leadership if not all high office by Scottish or Scottish-educated men. Fifty years after its first publication, The Democratic Intellect does read more like a period piece than it did in the 1970s or even in the run-up to Scotland’s restored Parliament when it was regularly cited. Its academic premises – Scotland’s long resistance to Southern specialism, classical in Oxford, mathematical in Cambridge, assorted –ologies in London and Redbrick – no longer reflect the reality. The old idea that a freshman year was a foundational course in great books, aimed at a younger and less specifically trained undergraduate than a typical English sixth-former, has long since vanished. In my day, Scottish ‘Highers’ were regarded a little like Irish puint once were, acceptable but quaint and low-value; by the same token English ‘A’ levels were seen as burgeoning international currency, aggressive and high-price; in reality, the two qualifications always reflected different needs and pedagogic priorities. At a time when one can go to university to study hospitality management, a grounding in metaphysics might seem like gilding the lily – does the pint exist before it is poured and after it is drunk? – and the unravelling George Davie described in his later The Crisis of the Democratic Intellect has almost completely come to prevail.

He was never honoured with a university chair, retaining the title of Reader until his retirement, and Emeritus thereafter. It sat well with him, I think. He was a reader, and a Dozent, rather than one who professes. He was also a remarkable writer whose mildness of expression only partly disguised the rigour of what lay beneath. When I first spoke publicly about George Davie’s book and its influence, on a BBC Scotland programme, I was surprised by the volume of feedback that said, in essence ‘What’s new? We all read that book at one time. Can’t say I’ve looked at it for years. Anyway, you’ve missed the point. We exported that style of education to the whole world.’ But few of those who claim to have read The Democratic Intellect display any convincing familiarity with J. F. Ferrier, or David Masson, or Edward Caird, or any of the old Scots men who people its pages and the book is often unintentionally caricatured as a political manifesto with some irrelevant business tacked on at the end. And almost none seems to appreciate that the ‘crisis’ which overtook Davie’s style of democratic intellectualism ended fatally. Davie’s arguments and desiderata emerge directly out of a complex academic narrative that refuses to yield to quick generalisation or political opportunism. As his centenary approaches, George Davie’s methods and mode of thought, the kind of education he espoused, seem as relevant, and as remote, as ever. 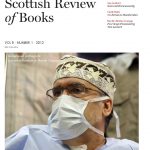