Warning: session_start() expects parameter 1 to be array, string given in /home/customer/www/scottishreviewofbooks.org/public_html/wp-includes/class-wp-hook.php on line 292
 Beebus Scotticus – Scottish Review of Books 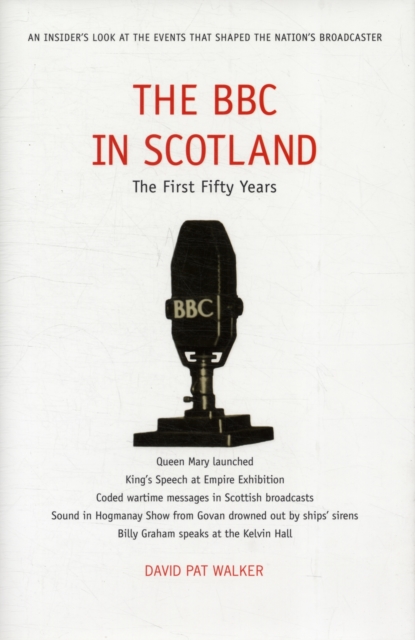 THE BBC IN SCOTLAND

The Scottish playwright James Bridie, who makes an incidental appearance in this book, unconvincingly dressed as a woman, was often accused of being incapable of writing a third act.

It could be said in Bridie’s favour that he did at least attempt a third act, however halfhearted the frustrating result. Pat Walker’s account of the BBC in Scotland pulls down the curtain in 1973, just as the plot was about to get interesting.

We are deprived of the thrilling denouement because the author has chosen to write a history of the first 50 years of Beebus Scotticus, yet with a little more effort he could have made it a diamond jubilee celebration rather than a golden one. If only he had stretched it to a sixth glorious decade, he would have had us on the edge of our seats, aghast as the bloody dagger of Queen Mar-garet Drive, a much-used implement, was plunged into the back of its most distinguished victim.

In 1973 the victim in question, Alastair Hetherington, was still editing the Guardian (Manchester Guardian as it was before he moved it south) and had not yet conceived the misguided notion of returning to Glasgow as controller of BBC Scotland. His appointment in 1975, his abrupt dismissal three years later, and all that happened between these symbolic events introduced a note of high drama, even personal tragedy, into the plodding long-running whodunnit known as public service broadcasting north of the border.

On the morning of his departure, I made my way along the corridor of gloom to the office of Ian Mackenzie, the head of religious broadcasting and perhaps the most original mind in the building, for a gossip. ‘When I was told Alastair had been made station manager in Inverness,’ Mackenzie began, ‘I thought for a minute he’d joined British Rail.’

The confusion was understandable. Hetherington, as soon as he was fired as controller, offered to take up the vacancy at Radio Highland, an unusual destination for a man who had edited one of the world’s greatest newspapers for 20 years. His Fleet Street colleague David English had warned Hetherington that the BBC would destroy him. So it turned out, although the victim professed to be happy in Inverness, the terminus of his career in journalism.

He had arrived in Glasgow at a strategic moment in the history of modern Scotland. The election of 11 SNP MPs the previous autumn had transformed the political landscape. Labour, after years of opposition to any form of self-government, was now supporting an assembly for Scotland; the Liberals had consistently done so; even the Tories were moving in that direction. Hetherington was convinced, not only that a parliament in Edinburgh was inevitable, but that it should be anticipated by the BBC with organisational reform and a greater degree of freedom for the Scottish outpost. It was called ‘mini-devolution’.

But when he asked for more money, more network exposure for Scottish programmes and more autonomy, he was confronted instead with a demand to notify 58 bureaucrats in the south before he was allowed to spend £800 on new titles for a programme. Even the purchase of an extra doorkey for an unmanned studio in Dundee had to be referred to London. Hetherington was ill-suited by temperament and experience to cope with this degree of obduracy. He became increasingly impatient, made some tactless moves, and was eventually isolated. He was never someone who would have bowed willingly to such demands.

You will not find the 58 bureaucrats – the sort of people who will threaten you with the sack for refusing to drive a car, as I was once threatened – in this history of BBC Scotland. Written by an insider with a generally benevolent view of the organisation he served for many years, the book is distinguished by its pleasant narrative, into which nastiness and thuggery seldom intrude. The Queen Margaret Drive dagger, so often in evidence during the Hetherington interlude, is kept in the cupboard. Were those of us who lived through this unhappy episode simply wrong about the BBC? Could it have been mostly sweetness and light before 1973? Were we a mere aberration? Possibly.

On closer examination, however, there are a few clues to the true nature of the beast. The overwhelming impression left by this book is of a tame, risk-averse operation in Glasgow, forever anxious to avoid offending the metropolitan masters who invariably knew better. In this narrow ambition to mind its own back, the BBC in Scotland succeeded all too well. ‘Reithian principles’ (whatever they amounted to) became a form of shorthand for obsequiousness.

The result was a self-serving complacency. When Roy Thomson launched STV in 1957, the BBC consciously failed to respond to the newcomer and attempted to make a virtue out of its disregard for something so vulgar as competition. A Kirk minister, the Rev Melville Dinwiddie, was the Scottish controller for quarter of a century, retiring just before the introduction of commercial TV. In his farewell speech – I found this from my own research, rather than anything I read in Pat Walker’s book – he was still fretting about the effect of television on ‘family discipline’ and lamenting the social effects of extending it.

Somehow, in this stultifying atmosphere, creativity did flourish up to a point. There is a photograph in the book of someone called Christine Orr, whose face of luminous intelligence made me curious about her. I searched eagerly in the text and found her on a dull list of producers of ‘Children’s Hour’; but no more. Who was she? What was the point of the photograph? I went digging on my own and discovered that Christine Orr was a brilliant Scotswoman: actress, theatre director, artistic entrepreneur, playwright. She does not deserve to be forgotten. It is a measure of this country’s capacity for neglect that she is.

I knew of some others. The producers James Crampsey and Howard M Lockhart are glamorous names from my childhood. I would have sacrificed pages of painstaking recording of committee decisions to learn more about them beyond respectful platitude. Robert Kemp, father of Arnold, was once employed by BBC Scotland. I wanted to know why he left.

Maybe the best people never found it a congenial environment. But it is an intriguing discovery, which emerges implicitly from the book, that BBC Scotland was not always a place for the narrow careerists who tend to work for it these days. People of more general distinction in Scottish life once earned a sort of living in broadcasting. Many of them were driven to the drink, of course.

Two of the most gifted practitioners were Pharic Maclaren and Finlay J Macdonald. Maclaren brought to the screen BBC Scot-land’s finest hour, or series of hours, the lyrical adaptation of Sunset Song, while the boy from Harris was as much an artist in the medium of documentary as he was in drama. Finlay J was a troubled soul – troubled, I think, mainly by working for the BBC – and never happier than when he left to write his books in a wee house in Kilsyth. Pat Walker is generous in his references to both, but neither of these outstanding figures bounces off the page. Character drawing is not one of the author’s strengths.

The book is sub-titled a ‘personal memoir’. It is not. There is nothing of Pat Walker in it, too little of anyone else, and a disappointing absence of indiscretion. James Bridie dressed as a woman one night in 1928 is probably the nearest we get to scandal and Bridie wasn’t even a broadcaster. The book has the flavour of an authoritative, fairly bland, impeccably sourced company history, compiled from access to minutes and records. It will be a reference work of value for as long as there is a BBC.

Perhaps someone will be inspired to write the history of BBC Scotland post-1973. I recommend as the starting point a dinner party attended by Magnus Magnusson (the face of Scottish broadcasting, but inexplicably omitted from the present book), the ‘iconic’ Mary Marquis, the rather sinister Andrew Boyle, and several other BBC journalists including myself. Our host, Controller Hetherington, said we should start imagining a scenario in which the SNP stood on the brink of power. What would the BBC do then? How should we react when the revolution came and Scot-land was about to achieve independence? Hetherington’s lads and lassies had few answers to these challenging questions. We just sat there bemused.

It seems that, 35 years later, we are still waiting for the answers. But if the day ever arrives, and Alex Salmond or his successor is clamouring at the door of BBC Scotland’s riverside citadel, no doubt the 58 bureaucrats will consider any reasonable request to hand over the key. 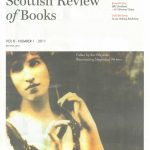