Warning: session_start() expects parameter 1 to be array, string given in /home/customer/www/scottishreviewofbooks.org/public_html/wp-includes/class-wp-hook.php on line 292
 Electric Essayist – Scottish Review of Books

The poet and translator Michael Hamburger insisted that even at the heart of our modernity there was a pastoral mode. The modernists’ city was mere phenotype; the ‘country’ – which was not defined with any exactness – remained the archetype. He noted that even in the ten-minute egg of proletarian modernism, Jews Without Money by ‘Michael Gold’ (or Irwin Granitz/Granich), the only moment of emotional fullness was a family picnic in Central Park.

As modernity gave way to late-modernity or even post-modernity, the pastoral mode went through ironic distortions. It arguably exists now in the culture as ‘green spaces’, planted roofs, ‘organic’ food in the produce aisle. There is, or rather was for a time, a resurrection of the abandoned and betrayed ‘country interest’ in British politics, which Jo Grimond believed to be a vital counterbalance to pure ideology. But for the most part our pastoral mode is expressed either as a desire to get away from drug- and knife-crime, from pollution and overcrowded or over-turbanned classes, or else it is taken in little air-freshener doses of verse, Spring-watch in rhyme and metre.

Karl Miller is not, as far as I know, a translator, and perhaps only privately a poet, but his lifelong task – he is 80 this year – has been to make Scottish tonguings and obsessions intelligible in the South. He did this as editor of The Listener (in Miller’s day still fruitfully haunted by association with Lord Reith) and of the London Review of Books, but also as author of books like Doubles and Electric Shepherd. Though he is widely thought to be a brilliant diagnoser of Scot-land’s psychological doubleness or split personality (whatever that phrase actually means), Miller showed in the latter of those two books, a brilliant ‘likeness’ of James Hogg, that he also had a profound grasp of Scotland’s various and shifting psychogeographies, in which town and country, and their respective values, struggle to exchange places, or merely struggle. One finds that tension in Hogg, of course, in Stevenson, in MacDiarmid and Grassic Gibbon (who closed not only on Grey Granite and socialism, but also with a bonkers anthropology that made modern Scots the kin of ancient hunter-gatherers); one finds it in Robin Jenkins, Alasdair Gray (Lanark is a key text here) and Irvine Welsh (so’s Trainspotting), in the hard-boiled urban speak of Tom Leonard, and in Edwin Morgan’s restless flitting to and fro (and then outward to the stars); and it’s there in the work of Alan Warner, Michel Faber, and critically Andrew O’Hagan.

It’s O’Hagan who frames these collected pieces with a brief and wittily affectionate narrative of forays with his LRB boss and with Seamus Heaney into the debatable corners of these islands, the ‘nations and regions’ in BBC-speak, but in Miller’s mind an inner-space of great imaginative richness and cultural complexity. Though this is an anthology of occasional work, rather than a thoroughly argued thesis, Miller’s ability to pluck wool off a thorn and weave it into a thread that holds strongly for 220 pages is extremely impressive. So the book runs from our enjoyment of, perhaps need of, the Rev. Francis Kilvert and his diaries, to the now sadly darkling interiors of Candia McWilliam, with a walk along Chesil Beach thrown in. As an artefact, the book shows how creatively a critical mind can play across whatever is thrown its way in the course of a book-reviewing career, but it also sustains a certain political role – as diplomat as much as translator – in the uneasy relationship between the metropolitan and the ‘country’, the centralising ideology of an ‘official’ culture and the devolved or the preterite. This is why almost the most important essay in the collection is the one about Miller’s quondam friend and adversary Hugh Trevor-Roper, Lord Dacre, whose place in public awareness as authenticator of the Hitler diaries has replaced that as hammer of the Scots. Unfortunately, Dacre lacked an adequate anvil and in his strictures, which expressed a near 18th century suspicion of North Britain, found himself bashing out an argument on his own knee.

In lacking the connective tissue of a through-written monograph, it obviously has gaps and discontinuities, but it also perhaps lacks a little of the fine psychological insight that one found in Doubles and that seems to be present in the earliest section. There is nothing here that delivers anything close to Robert Frost’s famous, and off-put-tingly pat ‘I have it in me so much nearer home/To scare myself with my own desert places’, though Miller’s whole approach seems to imply something of the rural terror that Lionel Trilling notoriously found in Frost (he announced it at the poet’s 85th birthday dinner, after the pudding) and that Seamus Heaney implies in a road-not-taken in his own approach to the American, which was part of another three-man journey, Homage to Robert Frost, co-written with fellow Nobel laureates Joseph Brodsky and Derek Walcott. There, Heaney references Trilling’s drawing attention to Frost’s ‘Sophoclean gift for making the neuter outback of experience scrutable in a way that privileges neither the desolate unknown nor the human desire to shelter from it’. It’s a wonderful line, but Heaney decides not to follow it up and moves off in another, more prosodic direction. Miller, too. These pieces answered specific and local needs and can’t be expected to come out armed with a comprehensive thesis.

Still, one misses some sense of where the ‘pastoral’ (which of course is misnamed in almost every case except that of Hogg, who was a shepherd) has gone in Scottish letters, from Burns to MacDiarmid to MacCaig to now. Miller turns a wonderful line himself, though one senses that the written-down versions are less appealing than the deceptively dry and desultory try-outs O’Hagan takes down at various stops on the friends’ literary pilgrimages. Here is Miller in the essay on Dacre, summing up the feeling that too much of our literary heritage may have been grounded on a fake, though not in the way that many thought Robert Frost to be a fake. ‘The Ossian poems affect most readers now, I gather, as an uncrossable, post-Jacobite prairie of grief and chief, courage and carnage, downfall and nightfall, as promising, without delivering, an escape from the 18th century parlour.’ What’s wonderful in that, of course, is that he turns the whole thing into a non-vernacular landscape (no prairies in Scotland!) in order to contrast it with the well-lit, feminised interiors that seduced Robert Burns. And ‘I gather’ is delightfully donnish and elderly, putting a little distance between himself and ‘most readers now’.

We have been given full permission to believe that our own desert places can be found in Granton and Ruchazie, or in a Bro-die cabinet or dissecting room, every bit as well as on a mountaintop or skerry, or in one of those deep glens where microwaves don’t enter. Everything in Scotland is ‘nearer home’ and yet seems remote. The peculiarities of our geography might perhaps not be so obvious to a Southron reader. Why might we wish to scare ourselves? And are those places exterior or interior, or both? These are perhaps the questions one wishes Karl Miller had addressed more directly rather than obliquely, but the real test of Tretower to Clyro’s merits is not so much that it, or its individual essays send you back to the authors it, or they cover, but to Miller’s own body of work. This year marks the 50th anniversary of the publication of David Craig’s Scottish Literature and the Scottish People, a far more important and foundational text than Kurt Wittig’s slightly earlier and more often cited The Scottish Tradition in Literature. Karl Miller continues that tradition in his own idiosyncratic way. As in that curiously cadenced, highly rhetorical sentence from the essay on Dacre, his meaning lies as much in how a thing is said as in what is said. This is a book to be read slowly and ideally aloud, if you live in a sufficiently desert place for that to be other than embarrassing, and Andrew O’Hagan’s clever introduction probably delivers enough of the man to support a convincing impersonation. 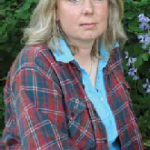