Warning: session_start() expects parameter 1 to be array, string given in /home/customer/www/scottishreviewofbooks.org/public_html/wp-includes/class-wp-hook.php on line 292
 Diary – Scottish Review of Books

In Search of RLS in Samoa.

The name of Robert Louis Stevenson is still revered and universally recognised in Samoa, as the visitor arriving on the island where RLS spent his ﬁnal years will quickly discover. The driver on the shuttle bus from the airport took the opportunity to display his knowledge and admiration. ‘Robert Louis Stevenson was from Scotland. He is our idol, our master. He loved Samoa. He is buried here.’

The RLS trail may have something of the quality of a secular pilgrimage, although the first impression is that the island is better equipped for a conventional religious pilgrimage. The road from the airport, and indeed all roads through villages in the island, is lined with churches. The guide book lists the main denominations as ‘Congregationalist, Anglican, Catholic, Methodist, Seventh Day Adventist, Assembly of God, Bahai, Latter Day Saints and Jehovah’s Witnesses’, an impressive list.  A request to know how many places of Christian worship there are on the island is met with laughter. ‘Too many,’ says the driver, before asserting his own orthodoxy by revealing he has fifteen children. ‘I am a Catholic. I do not believe in birth control,’ he explained, somewhat unnecessarily.

Stevenson worried about the impact of the missionaries on the culture and way of life of the Samoan people, and the first impression is that this was a battle he lost. Samoa is now a deeply Christian country in the way Ireland and Poland once were. There are several churches belonging to the various denominations in every village, not small, modest structures but massive stone-built constructions with twin belfries, grand staircases and towering steeples designed in imitation of European gothic or baroque styles.  What would RLS have made of it? He made friends with some individual priests and ministers and wrote a famous pamphlet indignantly and powerfully defending Fr. Damien from slanderous accusations of immoral living, knowing that he had given his life to assisting those suffering from leprosy. However, he slated missionary activity in general.  Catholics and Protestants have ‘rendered life in a more or less degree unliveable to their converts’, he wrote.

RLS settled in Samoa in 1890, after travelling around the islands in the South Seas in search of a place where his health might improve. He had come, he believed, ‘to the afterpiece of life and had only the nurse and the undertaker to expect’, but although there would be many relapses, he was rejuvenated in Samoa in his writing as well as in his health. He bought a large stretch of land in an area called Vailima and in 1892 moved into the house which he had constructed. His wife Fanny threw herself into gardening, and Stevenson, who is reputed to have introduced the pineapple to Samoa, found that ‘nothing is so interesting as weeding, clearing and path-making’. He lived in Vailima only two years before his death in 1894, but his Samoan years were rich and productive.

The house is now a museum. There may be more museums worldwide to RLS than to any other writer. Apart from Edinburgh, there are two in California, but Vailima is the most personal. His family left not long after his death, having sold the house to a German trader, who added a new wing.

It was later the residence of the governor when New Zealand was colonial overlord, then the home of head of state of the independent Samoa. When he moved out, the house was buffeted by cyclones and left derelict until it was bought by a group of Americans, headed by a millionaire, Rex Maugham. It is always added that these men are Mormons, as though this were in some way sinister, but they have shown themselves to be benevolent philanthropists who have spent untold millions in restoring the building.

The male guides wear the traditional lavalava, which RLS translated as ‘kilt’, in the Royal Stuart tartan, as Stevenson himself dressed his servants. He was bewildered and dismayed at the missionary pressure to have the native dress replaced by respectable trousers. Scotland was never far from his mind, even before his mother came to join them, bringing with her furniture from Heriot Row, and persuading her son to write prayers which were recited each evening with the whole clan of family and attendants. The chairs and wardrobes have been dispersed, but items on display include the Rodin statue RLS acquired in Paris and the reproduction of the Raeburn portrait of Lord Braxfield sent by Andrew Lang when he learned Stevenson was using the ferocious judge as model for his Weir of Hermiston. The visitor can still see the two fireplaces, utterly redundant in Samoa and never provided with a chimney, but inseparable from a Caledonian dream of domesticity.

The upper veranda gives onto a circular lawn, surrounded by lush colourful foliage of red, white and yellow hibiscus, of mimosa, oleander and cocoa-palms, many planted by Fanny, but which is now cut off the view of the sea her husband so appreciated.  The two verandas were employed for the grand feasts RLS laid on for the crews of visiting British ships, as well as for local white dignitaries and the matai, or chieftains. He was struck by the parallels between the tribes and the Highland clans, but complained of the loss of time the lavish ceremonial of the island required. Kava was ritually drunk, although it is the least appetising of all party drinks, being made of a crushed root mixed with liquid and looking like muddy water.  The verandas were also used as a hospital for the wounded in the civil war Stevenson tried so manfully to prevent.

Towering above the house is mount Vaea, whose summit Stevenson chose as his final resting place.  The various factions and families in the island gathered around his body on the evening he died, while other Samoans worked all night to cut the path to the mountain top. All came together to carry and escort the body the following day. Greater love no man could have shown, for the slope, which goes past the natural pool where he used to bathe, may look gentle from below but in the humid heat it is a gruelling climb. The plain tomb with the famous epitaph ‘Under the wide and starry sky…’ still stands at the peak, and the view over the rain forest down to the sea is majestic.

Stevenson did not always love the Samoans. He described them as ‘easy, merry and pleasure-loving’, but also wrote that they were ‘far from the most capable or beautiful of the Polynesians’. Fanny records in her diary that he complained of their being lazy and feckless, but he saw their culture and autonomy at risk from the imperialist schemes of the Big Powers, Germany, USA and Britain, and sided with them so uncompromisingly that he risked being deported by the British authorities. RLS found it was ‘impossible to live here and not feel the consequences of the horrid white rule’. He took up the cause of the inhabitants in a series of letters to The Times, causing Oscar Wilde to snigger that a writer of romances should not be permitted to live in a romantic location. It was this championing of their rights which won RLS the abiding affection of Samoans.  His Footnote to History is a searing, passionate exposé of the exploitation of the native peoples.

The foreign powers could unite in the manipulation of the Samoans, but each had their own interests to serve. RLS held them largely responsible for fomenting a civil war which pitched two, at times three, rival kings against each other. Some biographers are astoundingly indulgent about this small war in a far-off place of which they know nothing and which they present as somewhat quaint, but RLS was aware it was a brutal affair. The two sides reverted to their old ways of beheading wounded enemies and on this occasion, against all tradition, even decapitating women. Stevenson did not stay neutral but supported the side led by Mataafa, whom he believed most able to defend Samoan interests and independence.  Mataafa lost and was exiled but Stevenson attended to his imprisoned followers.

He could have lived in a secluded fantasy paradise of the sort celebrated by Paul Gauguin. There was a flourishing 19th century Pacific Islands literature whose practitioners included writers of the stature of Pierre Loti, Jack London, Herman Melville and, later, Somerset Maugham, as well as many lesser figures. Their writings displayed common traits – the revelling in the exotic, the sense of being on the edge of things and the opportunity to indulge in a sensuality unacceptable in the douce capitals of Europe. RLS distanced himself from these equivocal fantasies, all ending in ‘a kind of sham sugarcandy epic’, and promised ‘the first realistic South Seas story … with real South Seas characters’.

The point Wilde missed, and which disconcerted many friends and admirers back home, was that the experience of life in the islands had a deep impact on Stevenson’s writing and that in his work set in the South Seas he moved beyond romance. He still wrote of Scotland. He completed Catriona in Hawaii, worked on St. Ives and Weir of Hermiston in Samoa, leaving both unfinished at his death, but he also found, as he wrote to Sidney Colvin, ‘a whole world in my head, a whole new society to work…’ No one, he wrote, could deny that he was now in his fiction a citizen of the 19th century. This new world required a new style and a new genre, and it was RLS himself who used the term ‘realism’ to describe his aims in the novella The Beach at Falesa.

The story itself ‘just shot through me like a bullet in one of my moments of awe, alone in that tragic jungle’, but his aspiration to show the reality of life in the South Seas at that moment of self-confident imperialism meant that he was trespassing on dangerous ground. The relations between the malevolent Case and Wiltshire, a largely decent man, recall those between the brothers in The Master of Ballantrae, but the two traders were white men and it was the islanders who displayed the positive ethical traits. Wiltshire eventually falls in love with Uma, but on his arrival he is given her by Case like a piece of merchandise. He connives at deceiving her by presenting her with a document she takes as a marriage certificate but which states that ‘she is illegally married to John Wiltshire for one night’, after which he is ‘at liberty to send her to hell the next morning’. This was close to French realism and was too strong meat for critics and publishers in Britain and America. For all his insistence, the offending words were not included in the versions of the story published in his lifetime. The earlier RLS was more comfortable.

Whatever the purely personal reasons which led RLS to settle in Samoa, his presence was beneﬁcial both to him and to the Samoans themselves. His time there was not just a coda when all energy was spent, but a period of radical change for him. The pity is the development was cut short at the age of 44. 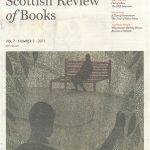