Warning: session_start() expects parameter 1 to be array, string given in /home/customer/www/scottishreviewofbooks.org/public_html/wp-includes/class-wp-hook.php on line 307
 For Folk’s Sake – Scottish Review of Books

‘I am not Lemmy,’ writes James Yorkston, in the penultimate chapter of his touring diaries, It’s Lovely to be Here. It would be difficult to confuse Yorkston with Motorhead’s frontman, what with Lemmy’s legendary handlebar moustache, groupies and bottomless jar of whisky. In contrast, Yorkston spends his pre-show afternoon napping, complaining about the size of Dublin tea pots (too small), and explaining the plot of an obscure book about the Nazis he’s reading. Yorkston avoids the clichés associated with touring musicians. He’s not alone. Few current Scottish singer-songwriters could be confused with rock dinosaurs, especially those who work within what has been called the alt folk scene, the nu-folk scene, or just the folk scene.

Yorkston is an admired songwriter who shares a record label with the Mercury Prizewinning band Franz Ferdinand but describes himself as an ‘unheard of loon’. It’s not true. Yes, he has a modest profile compared to some chart-topping bands, but equally he has had an influence on other musicians disproportionate to the volume of his album sales. On little financial outlay he has built a dedicated fan base, touring alone to save money. He also gained attention through taking part in Fife’s Fence Collective. Fence Records is an independent label with a DIY ethos, which, over 15 years, has acquired an international reputation.

In spite of his contribution, Yorkston describes himself as a lone traveller, and strongly resists the folk tag applied to many Fence artists. Yorkston writes in his book that he has ‘no finger in the folk pie’. He insists that folk music is, by definition, traditional music, which makes up less than 10 per cent of his output. Despite his protestations, critics continue to describe him as a folk musician. In 2009 he recorded an entire album of traditional tunes entitled Folk Songs to demonstrate to listeners and critics what he believes folk music really is and the difference with his own material. Of course, now more people than ever before call him a folk musician.

In It’s Lovely to Be Here he portrays himself stumbling from gig to gig, hotel to hotel, album to album, hoping his odd brand of what he calls pop music will somehow see him through. Yorkston’s dry, self-deprecating  humour is on display throughout. His memoir concentrates on the everyday, the mundane realities of touring. Romantic ideas of life on the road are a little outdated. There’s still an element of romance at work here, one that applies to a new generation of Scotland’s finest talents, but it’s not the TV-out-of-window myth-making of old. Like Yorkston, his peers exist on their wits. Like him, they’re gaining international recognition at a time when the music industry is in crisis. They exist apart from the glitz of music TV, loss-leader singles and extravagant stage shows.

Had Yorkston and his generation been born twenty years earlier, their experiences would have been different. In those preinternet days large record companies ruled, record shops stocked more alternative music, international tour supports were more common and advances bigger. Today, advances are small, and largely pay for recording, not living costs. The price of recorded music has fallen too. When Yorkston toured his first album a decade ago, he sold his CDs for £10. Now, CDs are half that price. Despite growing popularity and critical success, artists like him are being squeezed from different directions.

The new reality is that Scottish musicians have to be multi-taskers if they want to survive. Take Kenny Anderson, who is better known to music fans as King Creosote. In addition to his recording career, Anderson is joint head of Fence Records and co-organiser of Fence’s Homegame Festival. On tour he’s part-manager, part-PR chief, part-admin assistant and part-accountant, as well as frontman of his band.

A similar pattern emerges over at Chemikal Underground, Glasgow’s premier independent label. Chemikal Underground has brought to the music-listening public’s attention bands of the calibre of Mogwai, Arab Strap and more recently The Phantom Band. Alun Woodward (who records under the name Lord Cut-Glass) and Emma Pol-lock, both ex-members of The Delgados, split their time between working in the Chemikal offices, promoting bands, and making their own music. Worthwhile, but not glamorous. This kind of life attracts only those who are more interested in music than fame and money.

Community is an important element on the young Scottish folk scene, as it was with previous generations of musicians. Technology, which you might think antithetical in some sense to the lo-fi, hand-crafted nature of folk, separates contemporary artists and their folk ancestors.

The internet, through piracy, may have wounded (perhaps terminally) the recording industry, but it has helped small record labels grow, with online groups promoting artists, live events and releases for free. Chemikal and Fence both communicate regularly with their audience in an informal, personal way – being a music fan has never been more interactive. And because fans identify with the wider ethos of these companies, they’re more likely to share links on Facebook, Twitter, Bandcamp and Soundcloud on behalf of the label. If a good review appears, it spreads fast. This is democratising. It hands power back to individuals. And it builds reputation.

All this has taken place within the context of a massive reorganisation of the industry, as artists make less from their records and more from actually playing live: in this new reality, those who know how to connect with their audience benefit most. Fence’s Homegame festival, for example, which takes place in the village of Anstruther annually, sold out again this year before the line-up was announced. Many festivals can only dream of performing such a feat, but it’s possible for Homegame because it survives on its identity within a community of fans and musicians, who appreciate the organisers’ efforts to distance the event from corporate sponsorship. The actual line-up is of less importance in such a context. What matters is spirit. And this spreads to the live bands too, with much crossover between artists. In Yorkston’s book he describes playing guitar for The Pictish Trail, singing with Chemikal’s Adrian Crowley, and sharing bills with King Creosote.

The collaborative spirit isn’t limited to folk musicians, although it draws on that tradition. In the last few years, several projects have harnessed a can-do, ground-up attitude. The best of these have been The Burns Unit (containing King Creosote, Karine Polwart, and Emma Pollock, amongst others), The Fruit Tree Project (Yorkston alongside members of Frightened Rabbit, Twilight Sad and Emma Pollock again) and Ballads of the Book, an album of collaborations between Scottish-based writers and musicians. It was organised by Idlewild’s Roddy Woomble, one of several performers with noisy rock pasts who’ve gravitated towards folk music. Andrew Motion praised Ballads of the Book’s ‘ingenuity, enterprise and confidence’. These projects made no profit, but they had an impact on audiences. No one got paid for Ballads of the Book – and no one complained.

Are we witnessing a folk revival then? Talk of such can sound glib during a challenging economic period, when musicians struggle to make a living. And yet dynamic art has and continues to be made during daunting times.

You can only talk of a revival in qualified terms, given the degree to which these acts combine eclectic different sounds, styles and influences. The Fence Collective describes itself as ‘a loose-knit amalgam of singer-songwriters, musicians, bands and electronic artists, who collaborate with one another on record, as well as on stage’. They say that although their music ‘isn’t strictly “folk” in the traditional sense, the Collective’s tendency to hand-down and share songs with one another is very much in the folk spirit’. That spirit isn’t exclusive to Fence or to Scot-land, but Fence make a great example.

Yorkston’s sound is full of the same spirit. Seek out his song ‘Midnight Feast’ from the album When the Haar Rolls In. There’s a gorgeous moment which seems to sum up so much of what makes the new folk scene special. Alone, Yorkston sings ‘And then you came, and then you made me’, a quiet, acoustic verse that carries the sense that being completed by someone else is already a distant memory. But then music swells, a rousing, warm chorus of other rich voices takes over the melody, and suddenly it feels like he’s part of a band, of something larger, a melodic counterpart to the sense of community that thrives amongst this generation of musicians.

At the end of It’s Lovely to Be Here, Yorkston chronicles his final gig of the tour. Between songs he tells stories and jokes. He’s an entertainer. As he does every night, he plays without a set list, choosing instead whatever he feels like performing. The songs are intimate, quiet, timeless, vocals front and centre in every song, drawing attention to lyrics, whose effects are like well-crafted fiction. Mid-song, he wonders if the audience miss his band, as he sometimes does. Then he steps offstage, drinks one wheat beer and describes the very ordinary trip home. This stripping away of artifice may seem unglamorous. Actually, it’s exciting, because it gives Yorkston artistic freedom. It’s not rock ’n’ roll, Yorkston’s music or his life on the road, but it is real, a precious quality in unreal times. 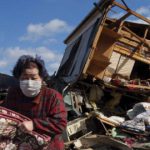 Reviews: THE TREE THAT BLEEDS: AN UIGHUR TOWN ON THE EDGE

Reviews: THE BOOK OF CROWS