Warning: session_start() expects parameter 1 to be array, string given in /home/customer/www/scottishreviewofbooks.org/public_html/wp-includes/class-wp-hook.php on line 292
 A Capital Fellow – Scottish Review of Books

Siegmund Warburg turned the City upside down, yet his achievements, as well as his brand of gentlemanly capitalism, are all but extinct.

Niall Ferguson started his rise to stardom as an economic, more specifically a financial, historian – which is perhaps, with all the jargon and numbers, not an especially good place for a star to rise. In a previous generation J. K. Galbraith excelled in the same genre by deploying wit and charm to sweeten the pill of the technicalities, which he had learned through administering the American war effort and which he then taught at Harvard. He has found a successor in Ferguson, also at Harvard, just as accessible, not quite so funny, but at times more cogent. Both are, besides, of Scots blood – Galbraith a descendant of emigrants to Canada, Fergu-son an unrepentant yet occasionally nostalgic exile from Glasgow.

To the general reader high finance may seem a forbidding field, but it does tend to attract larger-than-life characters, good not only at earning the dosh but also at spending it, or indeed at losing it in a fit of misjudgment, in an unsuspected crash or in the prosecution that sometimes follows a swindle on the public. Pursuing an aspect of human activity that does not always bring out the noblest in the species, Ferguson has been fortunate to find a man in whom, at the very least, the virtues outweighed the vices.

Remarkable as Siegmund Warburg was, he seems – not yet thirty years after his death – to belong to another age, with his lifetime’s achievement already vanished as if it had never been. The financial house of S. G. Warburg that he created in London folded there in 2002, at the end of a long chain of takeovers and amalgamations beginning in the Thatcherite Big Bang, the deregulation of the City in the 1980s. Old subsidiaries of Warburg’s survive in Hamburg and New York, but in essence what was once the greatest name and the grandest firm in British finance are gone for good. If you look for Warburg in London today, you will find only an institute devoted to the history of art, another of the family’s interests.

The City that survives bears quite another imprint, in general a dirtier and a smudgier one. It is almost a work of excavation to reconstruct the different City or Cities that used to exist but have not lasted the course. But that is what the best historians are for and Ferguson, with the help of an ample archive, brings it off with panache.

Looking back from the credit crunch of 2008, it is easy to see that the City of Cockneys in flowery braces frenetically bumping up their bonuses was a world away from, say, the pre-war City peopled by upper-class twits commuting to London for a couple of hours’ languid work before they went out to lunch. Both groups, in their different ways, were in essence engaged in exchanging capital gains among themselves. In both cases it might be argued, and has been, that they were working against any true national interest.

On to this, in either case, archetypal English scene there flitted all of a sudden in 1933 an alien from another world. Warburg was far from the first Jew to arrive in the City: he had been preceded by the Rothschilds, for example. Though only a couple of generations out of the ghetto the Rothschilds had soared aloft into the European aristocracy, and regarded him as an arriviste.

Warburg was born into the different social stratum of the go-ahead German commercial class. Yes, he was Jewish, but Germany’s Jews before 1933 had been more or less completely assimilated to the host culture. They never wore kaftans and sidelocks like their cousins in Russia or Austria-Hungary; rather their suits were bespoke and their hair pomaded, just like the gentiles who had got rich quick in the booming Wilhelmine Empire. And often they – this included the Warburgs – could not believe Adolf Hitler really wanted to murder them all. So at first they sought to stay on in the Third Reich. At least they took the precaution of sending young Siegmund ahead to London in case they needed to escape – as they did in good time.

They still brought on to the City’s smug scene some authentic and often uncomfortable German attitudes. To them high finance was not a private but a public matter, inspired not by personal gratification but by the duty to contribute to the economy. Potential customers could not just walk in the bank’s door: they had to prove they were worthy of its disinterested advice. Yet there was no snobbish exclusiveness inside the house – everybody had to know everything necessary to conduct its business with probity and efficiency.

At the same time Warburg’s was no charity. It aimed to make profits. In the hidebound, complacent, fuddy-duddy City of old that had not actually been much of a priority either, at least if it entailed unusual exertion or opening the door to the club. The Victorian fabric of the Square Mile was largely destroyed by the Luftwaffe’s bombs in the Second World War. In the following decades Warburg’s did much the same job on its Victorian habits of mind and ways of working.

Ferguson is especially good at picking out the long-term significance of these apparently obscure developments. One was the emergence of the Eurobond market, spearheaded by Warburg’s. A Eurobond was an instrument by which funds could be raised in foreign currencies on the markets in Lon-don. Soon to be commonplace, it was in the 1960s a startling innovation because people had only ever raised money on those markets in sterling, and dealings in other currencies were vigilantly controlled to the point of discouragement. The controls, imposed for the war and then continued in order to combat speculation, remained nominally in place for another 20 years. But Warburg personally persuaded the Bank of England and the Treasury to open this little loophole for him. It was the first step towards creation of today’s global markets.

The second great innovation was the hostile takeover. This had been unheard of under the regime of gentlemanly capitalism, when all big deals were settled in private by chaps who had gone to the same schools. To have a ding-dong battle in the open market place with bluffs and feints and dirty tricks seemed profoundly unBritish, as indeed it was. War-burg imported it from across the Atlantic in order to promote an American takeover of British Aluminium in 1959: again, it had previously been unthinkable for such a big company to be bought up by foreigners.

Warburg made himself unpopular, but Ferguson argues that the financial history of the last half-century vindicates him. In the first place, the British industrial economy had not recovered from the war (in fact never would) and stood in urgent need of injections of capital from the much bigger and more successful economy of the US: one channel for it was American corporate acquisition. In the second place, hostile takeover is more beneficial to the efficient operation of the capitalist system than deals behind closed doors. It exposes truth, often truth which nobody has been prepared to face.

“We don’t know whether this firm with this thrusting Jew is going to make it here or not,” said a grandee of the City in contemplating the outcome on that occasion. Actually Warburg had by then been making it here for three decades, and the grandees were the ones headed for the dustbin of history. Despite the war, anti-Semitism was not yet taboo in Britain. It prompted Warburg always to be as British as he could possibly manage. He did not always succeed.

Warburg, his family and a circle of Jewish associates who had fled the Third Reich with him nearly always spoke and wrote to one another in English, only falling back on German when words really did fail them. He did not practice the Jewish religion, married a gentile and, while educating his children about religion or religions, did so with the aim of allowing them to choose one for themselves. In another litmus test, support for Israel, he was almost equally uncommitted. He was glad to see the establishment of a Jewish state, but felt ever more disillusioned as its conscience and its conduct coarsened.

Ferguson involves himself in expositions somewhat too long of Warburg’s views on such weighty matters as Britain’s entry into Europe, but it is not obvious these always rose above the usual businessmen’s platitudes. What emerges most clearly is that in politics he was, if anything, a man of the Left, once more quite different from the blimpish types he had to deal with in the City. He forged his closest political contact he forged with Harold Wilson, who himself had a liking for people, often Jews, regarded as suspect in the British establishment, and felt always fascinated by ingenious innovation. Alas, Wilson proved a good deal less successful in politics than Warburg did in fi-nance, and their friendship never bore much fruit.

Warburg was in two minds about Margaret Thatcher. He admired her resolution but, true to form, he rather disliked her economic policies – with the exception of the Big Bang, which opened up the City to new men and new ideas in the way he had always wished. In the opening stages of the subsequent development his bank prospered but, dying in 1982, he saw nothing of what followed.

The eventual sequel was the catastrophe of the credit crunch. But Ferguson takes care to absolve Warburg of any charge that he might have been, from beyond the grave, a midwife to it. It was, the text argues, the disaster of a system which had lost its bearings, given over into the hands of young men too clever by half who treated the economy as a giant computer game.

Warburg, a man tempered by exile, in contrast always stressed the human aspect of high finance. He wanted to know his customers at first hand and to understand their needs, insisting also that they should get to know him and his point of view. It was the taste for personal contact that at his outset enabled him to make his way in a suspicious City, because that was in the end what it relied on too. Little of this has survived into an era of high finance governed by mathematical models and individual rapacity. Warburg did not die a poor man, to be sure: but his legacy of £2 million is dwarfed just by the pension rights of Fred the Shred. 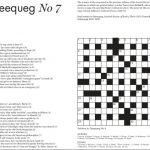 Connery – Last of the He-Men