Warning: session_start() expects parameter 1 to be array, string given in /home/customer/www/scottishreviewofbooks.org/public_html/wp-includes/class-wp-hook.php on line 307
 Jackie Kay’s Quest For Her Roots – Scottish Review of Books

Adopted at birth, Jackie Kay discovered neither of her birth parents were who she’d thought they’d be, her new memoir recalls.

“If you have skin my colour” writes Jackie Kay in her memoir Red Dust Road, “you must be a foreigner.” All of her life, people have asked her where she is from. Glasgow, she’d tell them. Then people would inquire, but where are her parents from? Her parents are from Glasgow and Fife, she’d say. But she would also add that she’s adopted and her birth father is Nigerian. “They’d nod,” Kay says, “with a kind of ‘That explains it’ look”.

Since I moved to Scotland, people have asked me where I’m from. “Vancouver, British Columbia,” I reply. Most leave it at that because they have relatives or friends in Canada and would rather discuss them. But others persist: “Where are you really from?” Once, an older gentleman in the library in Dumfries asked if I was from the Far East. “Yes, I live in Edinburgh,” I replied. He left me alone after that.

It’s not that people shouldn’t ask. I’m happy to tell others that both my parents were born in the Philippines and immigrated to Canada, individually, in the Seventies. (They later met in what used to be Simpson’s department store in Toronto.) But the nature of these questions can make you feel like an outsider. As Kay says, “I felt it was being pointed out to me, in a more sophisticated manner, that I didn’t belong in Scotland”.

Other comments are just plain ignorant. Walking down West Princes Street in Glasgow, I passed a man who muttered something about a tan. “Nice tan,” I think he said to me. Kay has also been asked about her tan. In Wigtown a woman asked her and her mother, “Is that lady your daughter? Oh? Your daughter is awful tanned. Is she that colour every day?”

Once or twice things have turned ugly. A fight broke out in Glasgow’s Ashton Lane, when a drunken man asked my Scottish boyfriend where he “bought me”. Kay’s experiences have been much more humiliating. In 1980, during the rise of the British Movement, posters were put up around Stirling University that asked: “Would you be seen with that Irish-Catholic wog called Jackie Kay?” Kay locked herself into her student apartment and was offered police protection.

Racism happens without warning. You never know how to react. Dignity? Fury?

When Kay was sixteen, she was in a park with her friend, looking for leaves for an art project. She sets down her can of Coke to toss in the bin later. A man approaches her: “Don’t you know we like to keep our land tidy? Where do you come from anyway? A little mud hut?” After he storms off, Kay contemplates what she should have said. But no response would have been exactly right. “Extreme racism” she writes, “is always going to leave me speechless.”

Had Kay been born in America, she might be less curious about her heritage. She would have met other mixed-race individuals. But in Scotland, her position is rare. It is her desire to be accepted that motivates her search for her cultural roots. This desire takes her all the way to Nigeria in 2003, where she meets her birth father for the first time. Jonathan O, an academic tree specialist and church leader, dances from foot to foot. He wears a white gown. He welcomes her with this prayer: “O God Almighty, O God Almighty, we welcome Jackie Kay to Nigeria. She has landed on African soil for the very first time. O God Almighty!”

Speechless, Kay sits patiently through the preaching. Afterwards, Jonathan tells Kay he is glad to meet her. But she is also the sin of his former life. Her existence has been a secret for forty years, and he will not now tell his children or his current wife. Kay depicts their meeting in the poem ‘The Wood Father’ collected in Life Mask:

I couldn’t tell if he loved me or not.

His eyes were darker than his barking hands,
nor if he wanted to meet again
in the dark forest, in the old red land.

Much of Kay’s story in Red Dust Road has been depicted before in her poetry. Her first collection, The Adoption Papers, describes the birth mother’s anxiety, the adoptive mother’s desperation and the daughter’s realisation that she is adopted. The triple voices, presented in different typefaces, intertwine like a braid. The sequence climaxes at the first meeting of birth mother and daughter. They study each other: “We are not as we imagined:/I am smaller, fatter, darker/I am taller, thinner.”

Kay also describes this meeting in Red Dust Road. The narration feels richer because we get a sense of the awkwardness. This time, we see her birth mother Elizabeth Fraser clearly; taller, gray and holding important papers in a plastic bag. It is 1988 and they sit in the lobby of the Milton Keynes Hilton hotel. Twenty-six-year-old Kay wants to know more about Jonathan, whom Elizabeth met in Aberdeen when she was a nurse and he a student of botany. But Elizabeth keeps bringing up her neighbour’s heart problems. Later Kay concludes, “There was nothing euphoric about our first meeting. It felt muted and mellow; there was too much to say and too little that was said”.

The reality of her birth mother disappointed Kay, who cried for weeks after. She admits to grieving for her imaginary mother, a lookalike of Shirley Bassey. Similarly, her fantasy father was a combination of Paul Robeson and Nelson Mandela. Her parents fell in love in an Aberdeen dance hall, but had to part because her Nigerian father was betrothed, she dreamt. What actually happened was that her birth mother spent time in mental institutions and suffered her son’s suicide. And almost twenty years later, Kay meets her dancing, evangelist father. Neither is who she imagined them to be.

And yet, as a writer, Kay thrives on the details, no matter how painful. In between discussing her adoption, she includes other memories. Some pieces are written in the voice of a child.

One of these episodes describes Kay’s Nigerian boyfriend, Femi. A teenage Kay brings Femi home to meet her parents. She is slightly embarrassed about Femi and they deliberately take the long way home from the bus station. Another time she is sitting on a train in London across from a Nigerian man. He leans over suddenly and says “I bet you are an Igbo. Igbo – definitely!” This inspires the poem ‘Pride’, collected in Off Colour (1998): “I had no doubt, from the way he said it,/that Ibo noses are the best noses in the world,/that Ibo teeth are perfect pearls.”

But Kay never forgets that she is Scottish. She describes her childhood with her socialist parents, John and Helen Kay, and her adopted older brother, Maxwell. It is 1971 and Kay wears a red trouser suit with turquoise platform shoes. She is attending a rally with her parents for the Upper Clyde Shipbuilders. A family friend says to her, “Nice colour, comrade.” She has never been called comrade before, and likes it.

Kay likes to quote her parents directly, and they seem funny, smart and generous. They support their daughter’s search for her birth parents, though Kay’s mother is more encouraging than her father.

But their kindnesses cannot erase the conflict at the heart of the book. Though Kay has traced and made contact with her birth parents (her mother through a letter to her mother’s sisters, and her father through a simple search on the Internet), they both refuse to introduce Kay to their own children. Elizabeth is more forthcoming, and puts a picture of Kay and Kay’s son Matthew on the table. But when Kay asks what Elizabeth will say about the picture, Elizabeth replies, “I’ll say you are friends.”

Perhaps her desire to get closer to her birth father’s family inspires her to return to Nigeria once more, and find her ancestral village. This particular section of the book is the most exciting. It is 2009, and Kay is in Lagos as a guest of the writer Chimamanda Ngozi Adichie, working with young Nigerian writers for the Farafina Trust. She writes a note to Jonathan, saying she is close by and she “would dearly love the opportunity to meet my siblings whether or not they know my relation to them.” She waits eagerly for Jonathan’s reply.

With her friend Kachi and their driver, Pious, Kay embarks on a twelve-hour road trip from Lagos to Ukpor, her ancestral village. Chimamanda has told her that some friends who found their fathers were welcomed back with drums beating. “It’s the Igbo way to welcome you in the village,” she is told.

The road to Ukpor is windy, much like the roads in the Highlands of Scotland. Then she sees it. It is a red dust road like the one she dreamed of, the road which symbolises her roots. She takes her shoes off and “the earth is so copper warm and beautiful and the green of the long elephant grasses so lushly green they make me want to weep.” At this point, Kay does not know whether she will be welcomed into her ancestral village with drums beating, and her family at hand. But you want this for her. Perhaps, it will compensate for the welcome she did not receive in her early life in Scotland.

Jackie Kay is appearing at the Edinburgh International Book Festival at 20.00 on

Testament of Youth – The Creative Writing Class of 2010 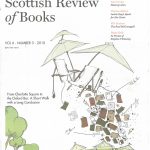 In Praise of Stephen Vizinczey