Warning: session_start() expects parameter 1 to be array, string given in /home/customer/www/scottishreviewofbooks.org/public_html/wp-includes/class-wp-hook.php on line 292
 Volume 6 – Issue 2 – Gallimaufry – Scottish Review of Books

Inspired by Pierre Bonnard’s painting, Stewart Conn’s The Breakfast Room meditates on domestic topics: holidays, family and romantic love. Though he opens with the lyrical ‘Invitation’, his second poem ‘The Duck Shooters’ is a better introduction to Conn’s long-lined style: “soon in scuffed plushness we are heading south/within sight of the coast, conversation muted.” Travel and weather are the main motifs in this ﬁrst section, as Conn also ponders sailing from Mull and the rain in the Hebrides.

A pair of poems about fathers is also a highlight. In ‘Electric Brae’ the narrator remembers his father’s ﬁrst car, and in ‘Fishermen’, he recalls his minister father as someone who reeled in his congregation. A series of love poems that reﬂect on the journey of marriage closes the collection. The freshness of Conn’s poetry comes from his varied forms: the stocky bluntness of the prose poems, the winding paths of the couplets, and the neat steps of his tercets. Conn writes in sentence fragments which he arranges tidily. He enjoys the occasional rhyme, and though his reﬂections can border on the sentimental, his forms and content are peaceful. TM

AND THIS IS TRUE Emily Mackie

This debut novel about a teenage boy’s love for his father – a love that is obsessive as well as sexual – is engrossing, urgent and compassionate, and marks a hugely promising start for its author, a graduate of the Bath Spa University creative writing programme, where Tessa Hadley and Gerard Woodward teach. Nevis has lived with his father Marshall in their van since he was a child and his mother left them both. Marshall, clearly traumatised by the loss of his wife, has spent all these years driving around the countryside, writing things that he never lets Nevis see. Nevis, never having been to school or made any friends his own age, only knows his father, until they crash one night in the Scottish countryside and are taken in by Elspeth and her daughter, Ailsa, to their failing farm. Before the crash, an incident occurred between Nevis and his father, which has made Marshall realise that his son needs a ‘normal life’, and he now uses the crash to persuade his reluctant son to cut his ties to him. Mackie asks lots of questions about love and loss, about memory and storytelling, as well as about the father-son bond, in ﬁnely-observed, psychologically convincing prose. LM

THE COTTAGES OF GLENBURNIE AND OTHER EDUCATIONAL WRITINGS Elizabeth Hamilton

Elizabeth Hamilton published her novel in 1808 and it was, apparently, “an immediate critical and popular success”, according to her editor, Pam Perkins. Its status slipped in the middle of the nineteenth century and by the time we reached the twentieth, it had disappeared entirely because of a growing dislike for didactic literature; it’s no accident that her contemporary Jane Austen’s clever and witty novels are still much-read and loved. While clearer and simpler than some of her peers, Hamilton employs a style that doesn’t aid storytelling. The Cottages of Glenburnie is less a novel than an instruction in how to live. We see the dutiful Mary pitted against her frivolous, vain sister Bell, and hear the moral tales of selﬂessness and honesty from the lips of their visitor, former nanny Mrs. Mason. Nanny recounts how she has been treated by various employers through the years, before we are treated to sermons on the lifestyles of the rural poor. Hamilton had a moral purpose in her writing, which better suited her non-ﬁction work, Letters on the Elementary principles of Education. Students of the period will ﬁnd this more useful than the general reader. LM

Iain Gale narrates the bloodshed and bravery of the second battle of El Alamein in his latest historical novel. Like his debut work Four Days In June, Gale creates a detailed portrait of men at war. The eleven days of El Alamein, which marked a major turning point in the North Africa campaign, are narrated in three parts: Operation Lightfoot, The Dog Fight, and Operation Surcharge. The story is told through the eyes of seven real-life characters from the Allies and the Axis, including Major Hugh Samwell, who published a war diary in 1945; Lieutenant Keith Douglas, who died before he could publish his collection of poetry; Lieutenant General Bernard Montgomery, the Allied leader; and General Rommel, whose deteriorating health and lack of supplies plagued him during the campaign. Gale does not describe these battles tactically, but he does impart the experience of being in close combat. The ﬂies and dust of the desert, the never-ending hunger and fatigue, the long waits in the trenches and the adrenaline-fuelled clashes on the ﬁelds, are vividly described. What’s missing is each man’s individual qualities; in the succession of battles, the men lose their personalities. TM

Scottish-Cherokee writer Stona Fitch’s latest novel features a jazz pianist fed up with consumer culture. A modern day Robin Hood, Ross Clifton leaves cash in strangers’ mailboxes and on their windshields. He also steals expensive cars and replaces his lovers’ diamonds with fakes. In the evenings he plays for large audiences, spreading his tunes and sneaky activity across the country. Then a trio of outsiders disrupt his routine: his nephew Cray, who questions whether Ross is actually helping anyone; the alluring Marianne, who tempts Ross into giving up his crusade; and his absent father Chief, whose illness causes Ross to rethink his actions. Though the book aims to be a drama, thriller and comedy, Give + Take suits the last genre most. The novel ﬂows best when the characters are exchanging sardonic quips. At other times, Fitch’s prose dissolves into uninspiring jazz metaphors and clichés. The author’s secondary challenge is shaping Ross’s character into an accomplished thief and an emotional artist. Occasionally it’s difﬁcult to believe that a sensitive pianist would be so determined to give money away, but for the most part, it’s worth ﬁnding out why. TM

The question mark in the subtitle of Holman’s study comes from the author’s sense that Hardie’s contribution to the Labour Party – the party he helped found and of which he was the ﬁrst leader – is in danger of being forgotten, not just by the public at large, but by Labour supporters themselves. He paints a very human portrait of Hardie, focussing on why he began a working-class political party. Hardie drew his inspiration not from theory but from experience. He was a baker’s boy who was sacked although starving. He grew stronger from his setbacks and went on to become a champion of the people’s rights. Reading Hardie’s own words on a pit accident that occurred when he was just a boy, or his attacks on Lord Overtoun, who still has a park named after him on the south side of Glasgow and who refused, for all his charitable donations, to give his workers a single break in their twelve-hour day, is a revelation. Holman’s study is unsentimental, and if not psychologically deep, the author is both persuasive and factually careful. LM

A NEW HISTORY OF THE PICTS Stuart McHardy

The Picts were not barbaric, mysterious or enigmatic, according to Stuart McHardy’s new history of one of Scotland’s ‘founding’ tribes. In fact, they weren’t even Picts, which was a Roman mishearing of the name, but probably “Pechts” or ancestors. Contemporary written records on the Picts are non-existent and historians have had to turn to later records which had political agendas. Investigation has also been hampered by a tendency amongst archaeologists to concentrate on Roman remains and their unwillingness to use folklore to identify Pictish sites. McHardy is punchy and uncompromising when apportioning blame for the facile labelling that he feels has compromised our understanding of the Picts up to now. Anglo-centric ‘Scottish’ historians and self-limiting archaeologists shoulder most of the blame but he even ﬁnds time for the odd sideswipe at post-Reformation Protestant mobs and modern neo-Conservative Americans. Speculation is inevitable when sources are so scarce but McHardy’s “informed speculation” is generally persuasive as he reverts to basics and adopts a straightforward chronological approach to the history of the Picts in order to “mak it new”. TM

William Crozier was a Glasgow artist who found fame in the ﬁfties and sixties: Elspeth Sinclair was the teenage art student who married him a few weeks after meeting in 1954. This account of their marriage is not sophisticated or unbiased, nor is it professional or well-constructed. But it is honest and heartfelt, and it gives a remarkable glimpse into the aspect of an artist’s life that is ignored by biographies of great ﬁgures: the way that the women involved with such men coped. On behalf of those artists’ models, girlfriends, wives, daughters, and mothers, Sinclair speaks, and tells of a life of shocking hardship, uncertainty and betrayal. She had so little money for food she tells of frying water and ﬂour in lard to make a meal. She had been an art student but her own ambitions were discounted. She had to hold down manual jobs to keep a roof over her and her children’s heads. The cliché of the bohemian artist is a male cliché: for every such ﬁgure, there is a woman who has given up her own artistic aims to bear his children and cook and clean. LM

One would ﬁnd it hard to believe that this richly detailed novel set during Gorbachev’s Russia is a translated work by an Italian Classics professor. But Alessandro Barbero has perfectly imitated the pitch of classic Russian literature. Called The Anonymous Novel because of the unidentiﬁed narrator, this enigmatic work contains a multitude of characters and an elaborate plot. Set in Moscow and Baku, a determined student investigates a series of state trials in which her grandfather was involved. A KGB general does not want these trials uncovered, and goes to certain lengths to see that the truth remains buried. Among the other characters are a neurotic young journalist, a wise middle-aged judge, a carefree Jewish actor, and a devoted Islamic cleric. What brings these different characters together is that omniscient narrative voice. This voice lets the reader know of connections between the characters. He recounts each character’s thoughts and behaviour, noting their deepest fears and desires. The fragmented nature of the storyteller’s voice reﬂects the uncertainty of the Russian public as they grapple with the new era of glasnost. TM 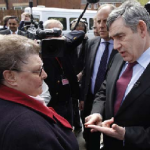