Warning: session_start() expects parameter 1 to be array, string given in /home/customer/www/scottishreviewofbooks.org/public_html/wp-includes/class-wp-hook.php on line 303
 Before Fred the Shred – Scottish Review of Books

IN A YEAR when the Scottish banks have managed to mislay the accumulated capital of three centuries, and been saved by the public, it is pleasant to read of Scottish financiers who knew what they were doing.

In this interesting if somewhat rough-hewn book, Liza Giffen, tells the story of the rise of the Scottish investment trusts in the nineteenth century and the pioneering role of small Scottish investors in developing the US railroads, mid-western cities, grain and cattle lands and meat-packing industries. “The country that now dominates the world’s economy”, she writes, “might well have been a very different place without such large and sustained funding from Scotland”. As for Scotland, the trust movement was “a sort of anti-Darien” in which a transatlantic financial venture does not bankrupt this country but enriches it.

The story has been told in part before, and some of the trusts survive today in such modern avatars as the Alliance Trust in Dundee and the Scottish-American Investment Company (Saints) and Scottish Mortgage Investment Trust in Edinburgh. Many also have been taken over or liquidated, and Liza Geffen, while working as an archivist at the Business Archives Council of Scotland, tracked down and catalogued collections of business letters, prospectuses, diaries, minute books and so on which might otherwise have been scattered to the financial winds.

An investment trust is a limited company which invests its shareholder’s money not in building factories or shops but in a portfolio of marketable securities, shares, loans or mortgages. Spreading the risk of failure or default across many investments, as the first British trust, Foreign & Colonial of London, said in its prospectus in 1868, promised “to give the investor of moderate means the same advantages as the large Capitalists”.

With some shares priced at only £10, the first Scottish trusts reached deep into the Lowlands middle class: attorneys, bankers, factory-owners and merchants but also ministers and doctors and, in the shareholders register of the Scottish American Mortgage Company (1874), clerks, prison chaplains, tobacconists, painters, fishmongers, farmers and labourers. It helped that shareholders had to pay up front only a portion of the face value of the share, while money was borrowed on the security of the uncalled portion. For example, the Alliance called only £2 of each £10 share and the remaining £8 was in reserve to protect the debenture-holders. The trusts were aggressive operations geared or leveraged for high returns and risks.

The first Scottish investment trust, the Scottish American Investment Trust, was founded in Dundee in 1873 by a group of merchants and manufacturers anxious to deploy fortunes made in the jute business. Under the influence of a brilliant young clerk in Baxter’s textile mill, Robert Fleming, these merchant princes resolved to invest in the mortgage bonds of the railroads then being laid at pace across the US mid-west and Plains.

With risk capital so scarce in the US, some of these roads offered interest on their bonds of 11 per cent. The Scottish American Investment Trust promised a return of 7 per cent a year at a time when the obligations of the United Kingdom, the rock-solid Consolidated Annuities or Con-sols, paid interest of under 3 per cent. It seems the investors of Dundee, like Galsworthy’s Forsytes, “had no dread in life like that of 3 per cent for their money.”

Fleming’s trust was followed a few weeks later by the Scottish American Investment Co, founded by William Menzies in Edin-burgh for the same investment purpose; by the Scottish American Mortgage Co (1874), which helped rebuild Chicago after the 1871 fire; and by the forerunners of the Alliance, the Oregon and Washington Trust Investment Company (1873) which built the town of Portland, Oregon and the Dundee Mortgage and Trust Company of 1875.

Borrowing in a low-interest country to invest in one of high interest is now a commonplace of the so-called ‘carry trade’ but it was a brilliant success in the 1870s and the trusts were soon paying dividends of 10 or 12 per cent. David Ward Wood, in his Chicago and its Distinguished Citizens, published in 1881, remarked that “some of the most extensive and conspicuous improvements in this city, during the last five years, have been done on Scotch capital”. By 1882, according to the Dundee Yearbook, that town had invested some £3m (or as much as two years’ income) in investment and mortgage companies. It seems astonishing now that the immense Matador Land and Cattle Company, which ranched 1.5m acres at various times in West Texas, Montana, South Dakota and Saskatchewan, remained under Dundee ownership until 1951.

What with bankruptcy, the financial panic of 1879 and the dubious practices of a country just emerged from civil war, life was not all coupon clipping. Fleming later told the fifty-year jubilee meeting of the Scottish American Investment Trust: “We had a holding in the bonds of the St Louis and Iron Mountain Railroad Company, which ceased to pay its interest. I saw the whole country, including the Iron Mountain, in my dreams converted into a cinder heap, and the twisted rails piled up in front of the court house in St Louis to be sold for the benefit of the bond holders.”

Menzies, too, later told accountancy students at Edinburgh of the heroic business practices of the 1870s. A railroad conductor, summoned before the board for embezzling fares, said “with perfect frankness, that he had a snug little farm, a trotting horse and a diamond pin; that if they dismissed him and put on another man he would have to get his snug little farm, his trotting horse and diamond pin, for which the railway would have to pay and that in reality it was much cheaper to maintain a man who was comfortable than to put in a new man who would have to make his pile out of it.”

In a worldly and penetrating analysis of why these Scots succeeded, Geffen lists several business virtues: boldness, attention to detail, on-the-spot inspection, a training in actuarial science, a clannish network of so-called ‘Wall Street Scots’ to bring them business, and an absence of the sort of prejudice that, for example, put the post-bellum South off-limits to Yankee capital. There was both caution and parsimony. Unlike, for example, the Dunfermline Building Society of the twenty-first century, the Scottish American Mortgage Company would lend no more than a third of the value of the property and paid its US directors no more than £60 per annum.

In the course of the 1880s and 1890s, domestic capital accumulated in the US, competition increased, returns and dividend-rates fell and the Scottish trusts had to look further afield, to the US South, Latin America and Russia. There was a gradual move away from bonds to common stock, that is to the supposedly riskier business of owning rather than lending.

Between 1909 and the outbreak of World War I, there was a surge of new trusts. A sociable sportsman, Augustus Baillie, and an exceptionably able lawyer, T. J. Carlyle Gifford, launched the Straits Mortgage and Trust Company to start plantations to supply rubber to the growing automobile industry. In 1913, it changed its investment plan and name to Scottish Mortgage and Trust, which survives today as the £1.5bn Scottish Mortgage Investment Trust. Another Baillie and Gifford trust, the Scottish and Foreign, was launched in 1914 to invest in Russia, just in time for war and revolution, and had to be wound up. There was another spate of new trusts in the mid1920s, some of which barely scraped through the Depression.

“Bank failures are as Scottish as haggis and whisky”

Giffen’s account peters out after World War II. There is little to read here of the post-war cult of the share or equity, the terrifying bear market of the 1970s, the financing of North Sea oil, the muddle over split-capital trusts, or the precarious present situation where even the most venerable Scottish trusts are quoted on the stock exchange at much less than the liquidation value of their investments. In other words, the stock market is saying that the wizards of West Marketgait and Leith Street are more a hindrance than a help.

Luath Press is a smallish imprint, but even with due allowance, Giffen’s book is not well produced. Proper names are sometimes approximate (Barings Brothers, Count De Witt, Montague Norman) and there are illiteracies. Consols appear as consoles, as if the editors at Luath are using spellcheck.

More important, the reader is left with several questions. What happened to the wealth accumulated on Tayside and in Edinburgh? What if the trusts had invested in Scotland rather than Kansas, and paid wages to Scots not American labourers? In both world wars, their US dollar assets were requisitioned to pay for American supplies and arms. Yet the trusts both times returned, at the peace, to investing overseas.

As a Scottish fund manager, W.H. Mac-gregor, told the Faculty of Actuaries in 1958, “the primary and probably the sole duty of investment trust managements is to invest their shareholders’ funds to best advantage”. He added, with a sniff still audible today, “The risk of attracting the less desirable seekers of capital [of Scot-land] is very high”. That may be, but the result has been not “a sort of Anti-Darien”, but rather a sort of Darien in miniature.

What, too, happened to that mixture of caution, hard study, painstaking local knowledge and thirst for risk that we associate with Robert Fleming, William Men-zies and Carlyle Gifford? That is easier to answer.

The truth is that Scotland has been over-banked since the establishment of the Bank of Scotland in 1695 and probably many years before. That is one reason why Fleming and the Dundee jute men deployed their capital overseas. Bank failures are as Scottish as haggis and whisky, whether it be Douglas, Heron & Co (‘the Ayr Bank’ or ‘Air Bank’), which caused Adam Smith such headaches in the 1770s, or the City of Glasgow Bank in 1878 which bankrupted hundreds of families in the Lowlands, including my own. Alas for old Scotland! For every Carlyle Gifford there are two Graeme Dalziels and for every Robert Fleming there are a hundred Sir Fred Goodwins.

How Scots Financed the Modern World 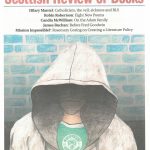 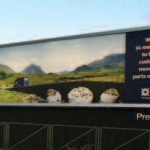